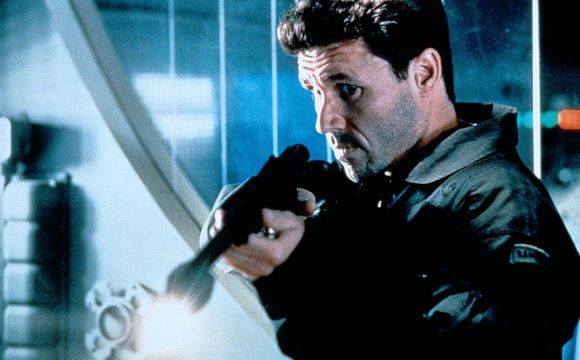 Because we can never get enough of the Speakman! 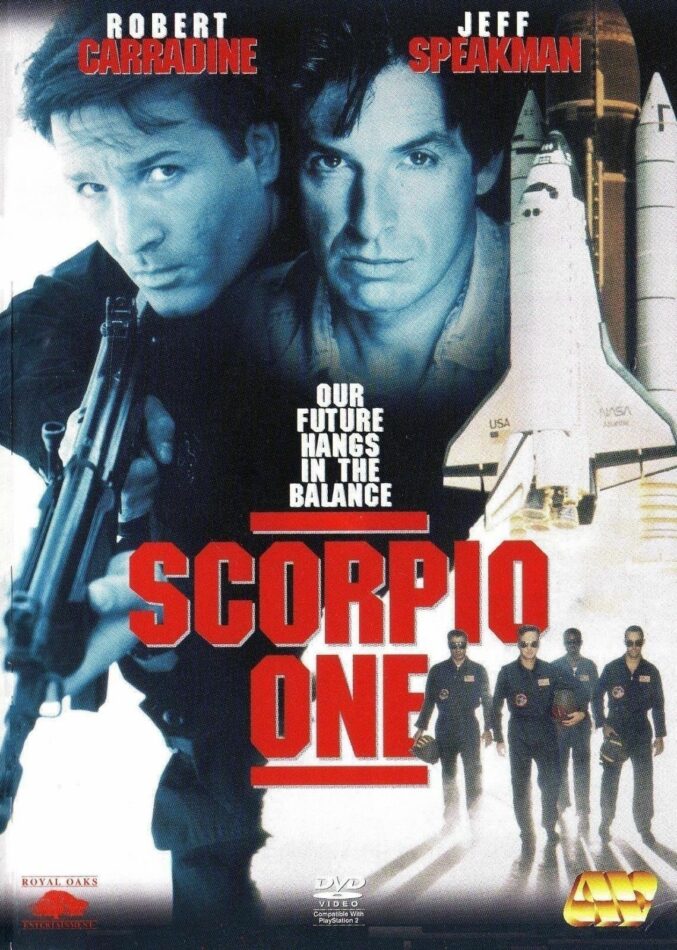 Scorpio One marks the final Jeff Speakman starring role that I had yet to see, and while it is a bit easier to find in other countries, it was not so easy coming across it here in the states. I was lucky enough to find it in a DVD 2 pack with another Robert Carradine flick, Firestorm, that I will be getting around to in the near future as well.

But here we have Scorpio One – the story revolves around a tragic accident on a space station called Scorpio One that leaves the crew dead. But as we find out, there is a lot more to it than that – so the CIA ends up sending a team to investigate – led by Speakman (The Perfect Weapon) and Carradine (Revenge of the Nerds/Escape from LA).

Before we see him make the trip into space, Speakman is involved in rescuing some hostages in Iraq where he gets to show off some very nice knife skills, as he did in other roles in The Expert and Running Red.

Let me preface this next tidbit by saying my girlfriend is not the biggest Speakman fan in the world (much to my dismay) but what she pointed out was pretty funny. When deciding who to get for the mission, apparently there were one or two other guys that they wanted first, but Speakman was the only one available at the time! She says that he wasn’t even their first choice in his own movie? Odd. 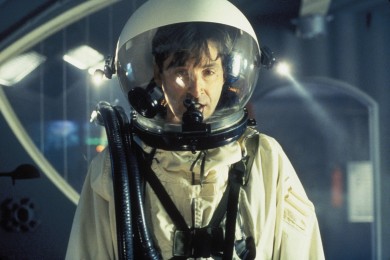 Once on board the station, we find out more and more about this conspiracy that motivates certain agents to go rogue for their own gain. Leading the way as the main bad guy is Brent Huff (Nine Deaths of the Ninja/Hijack/The Bad Pack).

The movie tends to get a little muddled and drags a tad here and there, not going to lie, but Carradine’s character has some good personality and ends up being very heroic. Speakman gets to do what we all want to see – he gets a couple good fights, where he gets to kick ass and display that signature kenpo karate style.

The big highlight being the main showdown with Huff. Someone gets kicked into space essentially, but they missed the opportunity to have a gravity defying fight scene. Another astute observation by my girlfriend.

Solid UAMC Action for Sure 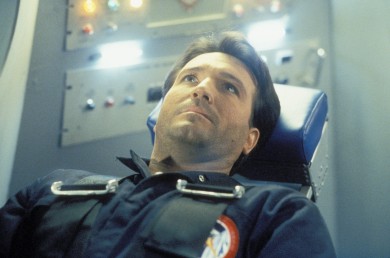 The rest of the cast includes Joan Curtis of Star Trek fame, who I also seen in Gary Daniels’ Recoil, as well as  Steve Kanaly (Dallas/Dillinger), and a scene stealing George Murdock (Breaker Breaker/Firepower) as the shady CIA director.

In what essentially Die Hard on a space station, he has done the Die Hard scenario much better in Deadly Outbreak, which I absolutely love. Scorpio One is not among Speakman’s finest, but still solid and enjoyable in my view  – even so, I’d recommend this for Speakman die hards only.