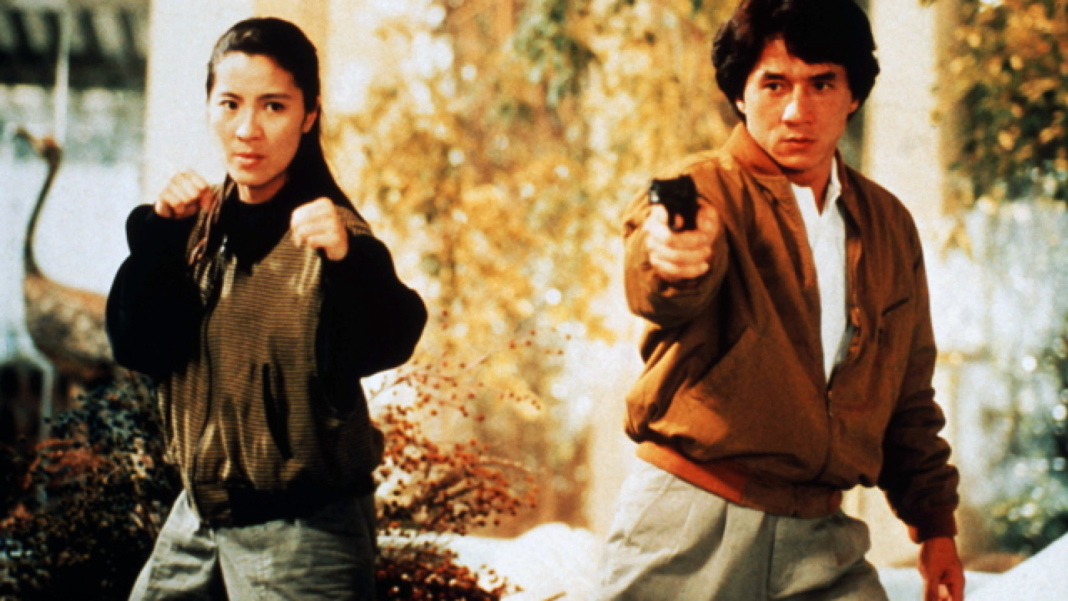 For film fans in the 80s and 90s in North America, the world of action movies was often limited to a few well-known faces. Stallone, Van Damme, Schwarzenegger and the rest of that generation dominated cinemas at the time. Other action flicks still mostly featured a big American or European star.

As many fans have since learned, around the world there was and still is a treasure trove of quality, only some of which ever graced American audiences. For this list, we’re going through some of the best foreign products ever released, which not only hold up against American contemporaries but often surpass them.

Once Upon a Time in China

While Jet Li is primarily known as a villain actor in Hollywood movies thanks to Lethal Weapon 4 and the third Mummy film, in his native China he is better known for his heroic portrayals. This is certainly one of his most well-known.

This film and its two sequels follow folk hero Wong Fei-Hung, a martial arts master and legendary physician, although the actual events portrayed are almost certainly fictional. Without spoiling the ending of the film, the fact that it’s at least a bit fantastical does become obvious at that point.

The themes resonate strongly with audiences, featuring foreign occupation and influence in China at the end of the 19th Century, and even though the events themselves are fiction, the sentiment and setting are a fascinating look at a rarely shown part of history.

More importantly, the whole story is wrapped in some of the most outstanding fight choreography ever seen on screen, and it’s still seen by modern stunt actors and choreographers as a masterclass on what a martial arts film should look like. It also routinely features on lists of the greatest martial arts films ever alongside the works of Bruce Lee.

For those who have a more casual interest in action movies, the fact that Mad Max as a series is not an American Hollywood product may be a little surprising. Each installment all the way up to Fury Road has been produced entirely within Australia.

If you’re not familiar with the character from either the original run of Mel Gibson movies or the Fury Road modern version with Tom Hardy, the franchise is a post-apocalyptic survival action series primarily set in the Australian wasteland.

The second installment features former police officer Max Rockatansky attempting to barter and deal to survive within the wasteland, all while dealing with the gang led by Humungus and trying to protect a small group of settlers. It has a definite feel similar to the Western films like A Fistful of Dollars, although with a much more gritty and bombastic approach to everything with a lot more action mixed in.

This German film is definitely the most unusual entry on this list as the ‘action’ elements are generally the most subdued, without big gunfights or fistfights throughout. With that said, it is absolutely a unique example of cinema in general and one that U.S. audiences aren’t all that likely to know about.

The film has a fairly simple premise at heart, with heroine Lola having 20 minutes to get 100,000 Deutsche Marks to her boyfriend before he is killed for losing it. The big twist though is that the viewer is given three separate versions of the story in a row, each with slightly altered versions of events. It’s implied through various hints that this is something supernatural on the part of Lola herself.

Released in 1998 to massive acclaim, including a raft of film festival awards, Run Lola Run didn’t manage to make the Academy Award nomination list. However, it has a staggeringly good Rotten Tomatoes score with both critic scores and audience scores hitting 90+. Given that the audience score comes from over 100,000 reviews, it’s definitely on the must-watch list.

Though it seems hard to believe now, there was in fact a time when the name Jackie Chan wasn’t well-known to Western audiences. To put Supercop into perspective, this is the movie that made him a big name in Hollywood and set up a decades-long career.

The movie is actually the third in a series, known as Police Story 3 in Hong Kong. It features Detective Ka Kui undercover in a series of jailbreaks and is that classic blend of Chan’s incredible choreography laced with perfect visual and slapstick humor.

The movie was released originally in 1992, however the U.S. dubbed release took until 1996 to come out. Among a lot of cuts and edits, there was also a completely new soundtrack produced, bizarrely including a version of Kung-Fu Fighting by none other than Tom Jones.

Jackie Chan has obviously gone onto much bigger successes later on, not least the Rush Hour series alongside Chris Rock, and much like his role model Bruce Lee, has even had his own series of slot games produced. These will primarily be available at online casinos in Canada and Europe, among thousands of other slot game options, as well as various Asian locations, including the U.S. where options are likely to be available soon thanks to changing opinions. It’s clear that Chan not only managed to overcome Hollywood to appeal to a global audience but transcended film altogether.

A French production from the director behind Leon: The Professional and The Fifth Element, La Femme Nikita or just Nikita in France is a tense and fairly dark action film centered around assassins and espionage. For those looking for big explosions and chases, this probably isn’t for you, but it does feature some beautiful set pieces.

For those familiar with the story behind the much more recent Marvel’s Black Widow, the plot will sound a little familiar. Following a failed robbery and a faked death, teenager Nikita is trained to become a femme fatale assassin taking on targets for the French government. Drama ensues from her desperate attempts to have a personal life alongside her job.

The film actually did get an entirely American remake in the form of Point of No Return featuring Jane Fonda, although it’s generally seen as a slightly weaker version compared to the original, albeit still much better than Black Cat, the Hong Kong remake. Critic reviews of La Femme Nikita were lukewarm at the time, however the Rotten Tomatoes score should tell you everything you need to know.

That about wraps up this list, and while there’s a chance any diehard action fan will already be aware of these, each of them is a solid recommendation across so many genres.