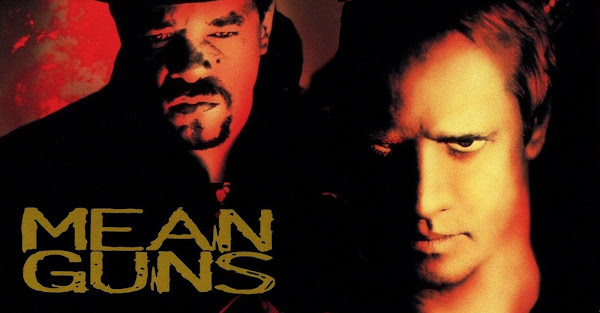 A masterclass in indie action filmmaking by the late genre auteur Albert Pyun. 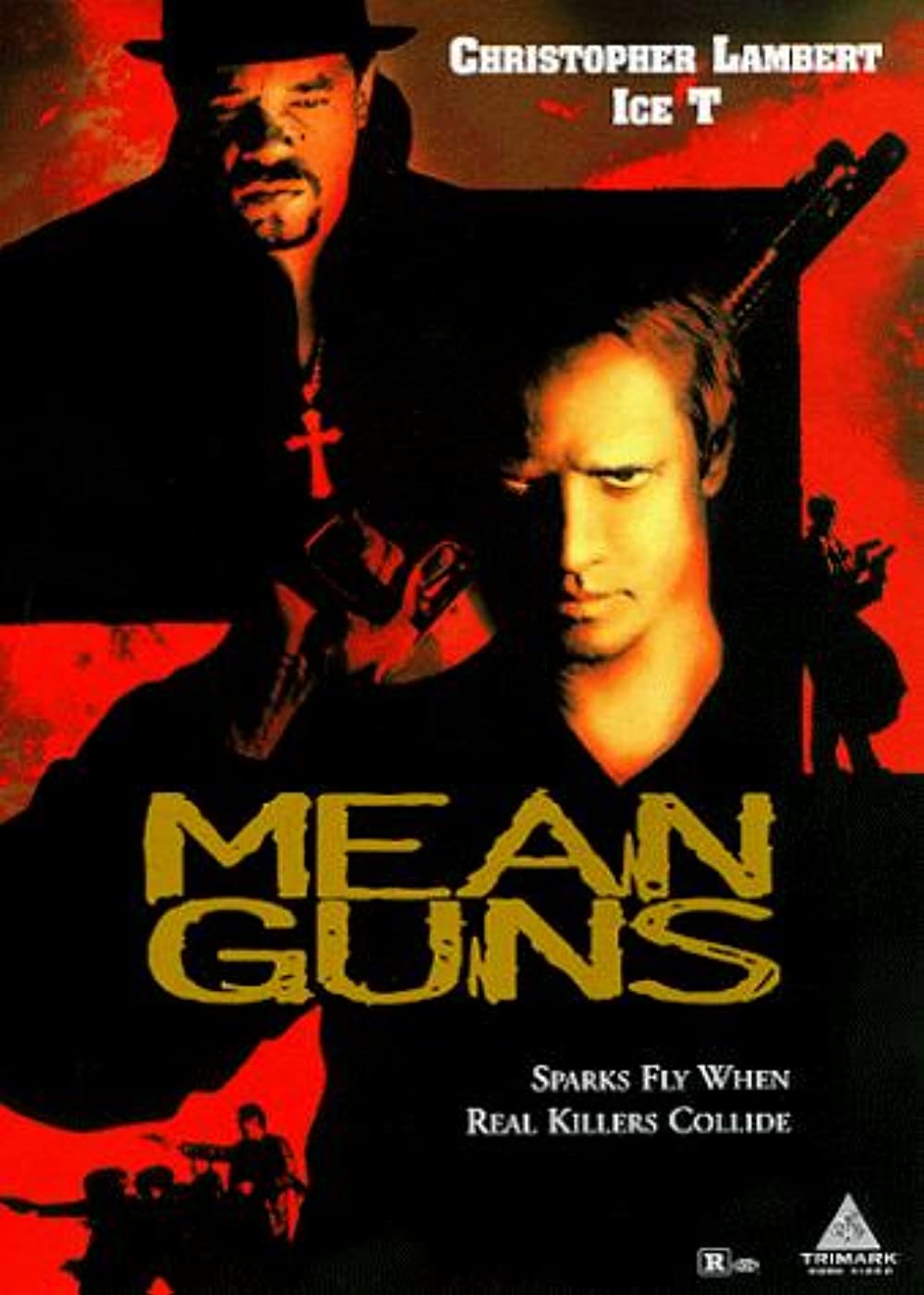 Recently, the sad news of Albert Pyun’s death broke. It is a tragic loss for his family and friends, and secondarily also for all action fans. Rest well Albert, we miss you. If you wanted to make a kick-ass action flick but had no money, you called Albert Pyun and relied on his talent to turn even the most mundane premise into an eccentric spectacle. To honor him and his work we will revisit one of his ultimate classics Mean Guns, one of the earliest entries to what we now know as the Battle Royale type of scenario.

Crime boos Moon (Ice-T) has invited 100 members of his crime syndicate to a newly-built prison complex the night before its opening, and forces them into a deadly game of last man standing. The last three survivors get to share 10 Million USD with each other. A cool location, a few crates filled with fire weapons, ammo and baseball bats, and a bunch of committed actors are all Pyun needed to create another low-budget masterpiece.

10 Million Dollars for the Coldest Motherfuckers in this Building

His best works stand out not least because of their visual presentation, and Mean Guns is no exception. Time lapse, fast editing, and overexposed images, Pyun reaches deep into the bag of tricks of flashy film-making. It all works to create a unique visual style for a B-actioner, also thanks to the sharp cinematography of Pyun’s long-time cooperator George Mooradian.

The action comes almost non-stop, but what happens in between is also entertaining enough. All the participants are hardened killers, so most of them feel right at home with the situation presented to them, and some even us it as an opportunity to settle some old scores. Everyone carries a gun, wears sunglasses and a posh leather jacket, and each character seems to embody a single typical villain trait. 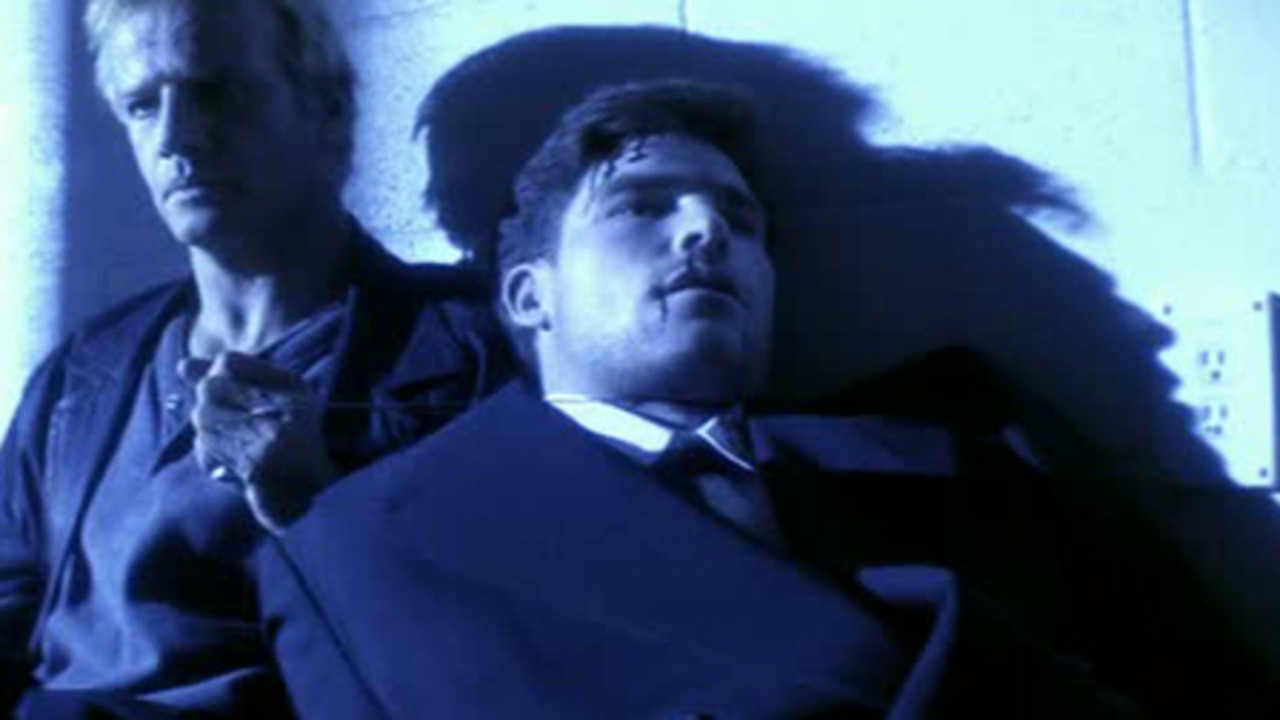 Despite this, they are all surprisingly interesting, and Pyun was able to tease out pretty awesome performances from all his actors. Their conversations are imitating Quentin Tarantino’s classic dialogues, snappy talk that oscillates between mundane chatter and serious gangster stuff. And they’re not that bad actually, a couple of cool lines are to be found for sure. Ice-T is in great form as cocky and cynical master of mayhem. And Christopher Lambert as one of his key antagonists stays true to his very special acting style that fits his character quite well: a laconic, slightly unhinged bad-ass killer.

Mean Guns has everything an action fan could want for, and Pyun staged his action sequences with a huge nod to the excesses of a John Woo. There is permanent shooting, stabbing and bashing, with bullets and people flying through the air. The big difference, though, is that Pyun gives us Heroic Bloodshed without any blood!

This Shit’s Gonna Be Better than Pay TV

The film crew got access to use a newly built prison as a shooting location, but had to leave it in a pristine condition. That meant no blood on the walls and floor, no explosions and no people thrown through windows. What seems like a heavy constraint really adds to the off-beat vibe of the film, and makes it all the more visually unique. The action is filmed flawlessly, and while nothing stands out in terms of originality, Pyun keeps the intensity high. The occasional slapstick violence, cool one-liners and an unexpected Mambo soundtrack also remind us we shouldn’t take things too serious.

Mean Guns will forever be a part of Pyun’s rich legacy for action aficionados. It’s another masterpiece where he showed how an exciting and creative actioner can be made on a razor-thin budget.