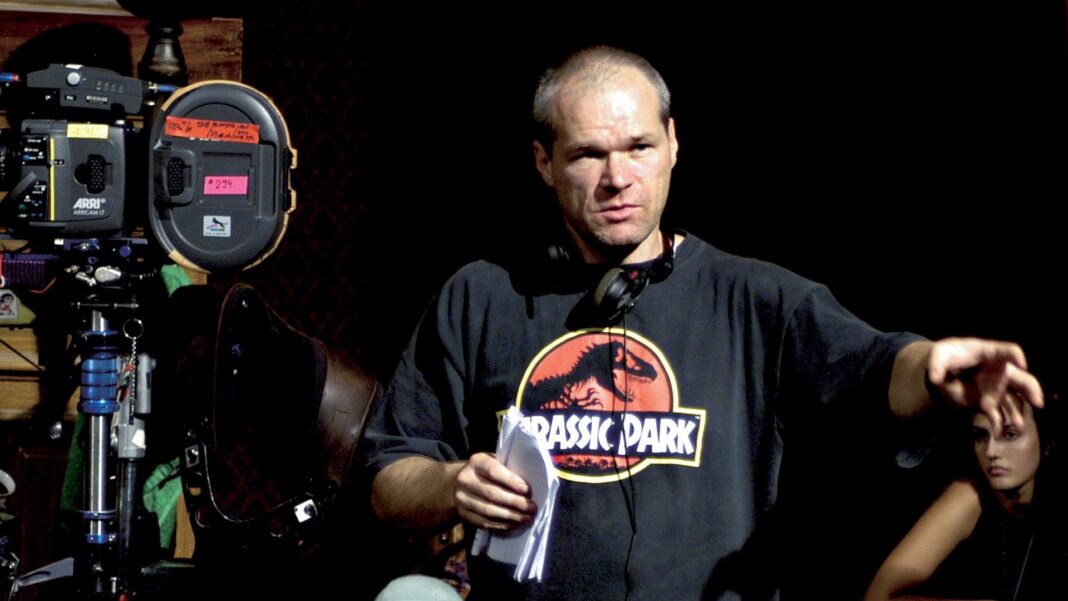 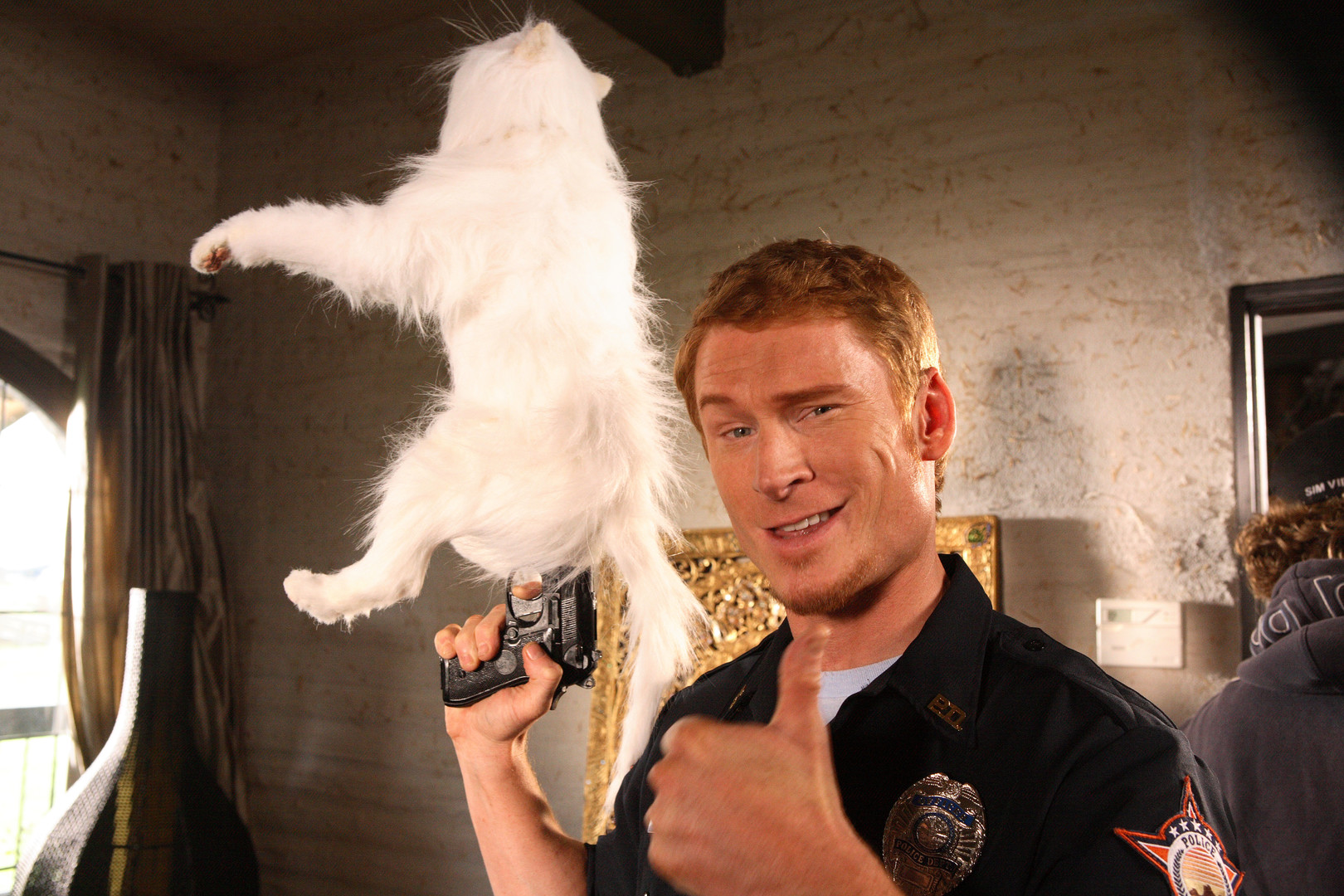 Uwe Boll has been reviled and ridiculed for wasting people’s time with some of the most terrible video game adaptations ever created. But contrary to popular opinion, Boll undoubtedly has some talent as a director, this being most visible when he worked on films that put the finger on the abundant socio-economic problems of our modern society. And a good chunk of them was loaded with violent action scenes.

A ranking of the best action movies from Uwe Boll may sound like a contradiction. But be assured, this list is not just his least bad movies. All of them are actually watchable, and some of them even outright awesome! We can’t recommend more than five in good conscience, though.

Boll’s adaptation of the Dungeon Siege game is the most expensive of all his films. The fight of Farmer (Jason Statham) and his warrior buddies against an evil wizard and his giant army of orc-like minions still carries all the trademarks of Boll’s video game flicks: an uninspired script, run-off-the-mill action sequences, and an A-list cast that delivers a B-grade performance.

On the upside, this unashamed Lord of the Rings rip-off – which at times seems to copy entire sequences from Peter Jackson’s epic – treats its audience with an epic scenery and massive battle sequences, and Jason Statham radiates his coarse charm while beating up orcs by the dozen. The film takes itself way too serious for its own good, but it’s all entertaining enough, and In The Name of King can take pride in being the most mediocre fantasy actioner ever made.

After his first awful video game adaptations House of the Dead and Alone in the Dark, Boll’s third take on the genre still was a failure by normal cinematic metrics. But there is still lots of fun to be had with this horror actioner. The BloodRayne video game series drew most of its appeal from a slinky main protagonist dismembering Nazi soldiers. BloodRayne places its story into a medieval time, with half-vampire Rayne embarking on a bloody quest to get her revenge on the vampire Kagan who is busy  finding three mystical talismans that carry the power of a primordial vampire lord.

The good stuff about the film: lots of action, beautiful landscapes and castles. The bad: most actors, the dialogues, the action choreography, and the plot. Good or bad depending on your point of view: cleavage and nudity, an excess of blood and gore, and lots of funky wigs. BloodRayne is high budget trash of the finest kind, and is best enjoyed with some friends and a batch of your favorite intoxicant.

GoldenEye: What Did The Game Have That The Film Didn’t? (And Vice versa)

The last part of Boll’s informal “Amok in America” trilogy takes place in in the wake of the 2008 financial crisis. After losing all his investments, tragedy after tragedy piles up for Jim. Eventually he cracks and decides to bring a reckoning upon the spreadsheet perpetrators at Wall Street. Boll shines a light onto a dark side of the US economy with this morbid what-if scenario, and created a film that deals with the economic crisis from the perspective of the lower and middle class.

Dominic Purcell as Jim carries the film almost on his own, vividly portraying a battered character we can empathize with. And his impressive physical posture makes the action sequences all the more believable. They are staged fairly low-key, but the extreme outburst of bloody violence towards the end of the movie is fitting as a cathartic moment for Jim. Assault on Wall Street delivers its revenge story with a premise that is a lot more believable than your standard Death Wish scenario. Boll effectively lures you in to sympathize with a broken man who saw his American Dream shattered and became a rancored killer.

With Rampage, Boll examined the uncomfortable question whether US culture and its economic system are a fertile breeding ground for mass murderers. Bill (Brendon Fletcher) lives an inconspicuous life, at least that’s what he makes everyone believe. He clandestinely acquires weapons and armor, and one day takes out his anger and hate on the people of his small town. So far, so simple (and disturbing). Rampage can be described as a graphic and amoral version of Falling Down with a sick plot twist.

Brendan Fletcher’s performance of a passive-aggressive character that is unable to interact constructively with his surroundings is just uncanny.  The film shows us a day in Bill’s life and his killing spree, but we never get to look inside his head. Boll leaves us speculating about why Bill ultimately goes on his rampage, that is visualized by unsettling action sequences with lots of ultra-bloody shootouts and executions. Terror and despair are the main ingredients of Rampage, Boll’s merciless reckoning with US society.

Postal is based on the second installment of the controversial video game series, and just like the game, the film succeeds in offending everyone and everything US society holds dear. The Postal Dude lives a miserable life plagued by unsuccessful job interviews, an unfaithful wife, and a futile attempt to apply for unemployment benefits. He joins his uncle and cult leader Dave to steal a shipment of the popular Krotchy dolls, but Osama Bin Laden and Al-Qaeda also have taken interest in the merchandise. You think of any aspect that makes patriotic Americans uncomfortable or irritated when it’s brought up, and Postal will bring it up. But even the most offensive incidents are delivered with a lighthearted vibe.

Zack Ward plays the Postal Dude perfectly as a walking assembly of contradictory attitudes about the American way of life. His encounters with Al-Qaeda, corrupt cops, and sex-addicted doomsday cultists lead to many eruptions of violence, and the body count increases exponentially during the film. Boll does a bonkers cameo where he sets a new record for how many tasteless comments you can make in 90 seconds before getting your balls shot off. If you are willing to only watch a single Uwe Boll movie in your life, I recommend it to be Postal.