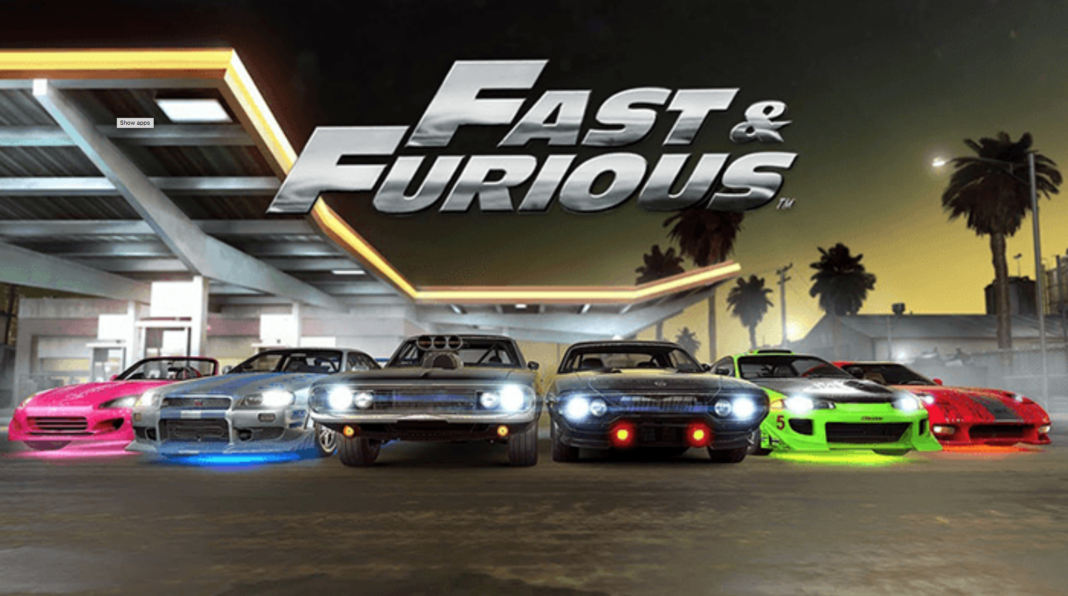 Much has been made of the confluence of video games and movies. While movies occupy a historically older place in the history of media, video games utilize many of the same conceits and operate by many of the same rules as movies, albeit interactively. Both media forms influence and change each other now more than ever.

Plenty of movies have been noted as essentially video games (most recently, 1917 the World War One epic by Sam Mendes.) While video games easily cross over into movies (Doom, the Resident Evil franchise, Mortal Kombat, Need for Speed, Tomb Raider, Sonic the Hedgehog, etc.) the influence of video games on movies doesn’t commonly result in a direct one-to-one translation but a cross-breeding of aesthetic. The Fast & the Furious movies all bear the aesthetics of car-race video games with the additional layers of plot development and without the player interaction.

The Origins of Arcade-Era Racing Games

The first aesthetic influences on the Fast Franchise harken back to arcade-era racing games. Those simply constructed games with a plastic seat, aluminum gas pedal, tiny gear-shift knob, and a smattering of buttons often run devoid of plot or meaning. In those games’ world there is only the competition. Some allow you to pick drivers and all allow you to choose your cars and tracks. They are the few customizable elements within the game and they’re often brightly colored or color-coded to ease player memory or assist in selection.

Color-coding non-essential characters provides shorthand to the audience. This is most commonly used in the second film 2 Fast 2 Furious. This convention helps draw our attention where it should be and remember characters from before. The cars themselves occupy over half of the screen time this shorthand is important as it attaches character significance to the cars themselves allowing us to assign emotional value to cars related to characters.

The Fast and the Furious utilizes digital sequences to encourage overt affiliation with video games. In the first five films GPS units accompany every car and computers are built into each vehicle. These systems mimic the heads up displays commonly use in video games to display information like speed, gas, the player map, and other conventions. In addition the digital screens become a window acting as a new camera to track sequences from a purely digital perspective.

The computer’s presence in the Fast & Furious movies grows over time to mirror the evolution of computer technology in real life. It starts as a simple GPS unit and heads-up-display before rapidly climbing into it’s more commonly used internet and hacking device. In Fast 7 it became an entire narrative device (a mcguffin) with a limitlessly powered hacking tool called The God’s Eye.

By Fate of the Furious the Fast Family would utilize two “hackers” as characters and also face off against an anarchist hacker (Charlize Theron) capable of utilizing any device with a computer chip in it. These conventions slowly grew into prominence over the course of the series (mirroring its eventual departure from conventional street racing plots) until becoming a soft entry into the science fiction genre. In the FF spinoff Hobbs & Shaw the pair fight a cybernetically enhanced super soldier named Brixton played by Idris Elba. Almost going full-tilt on the Sci-Fi genre angle.

Most racing games revolve around closed-loop race dynamics. Games like Cruis’n USA or Need for Speed do not permit much open world exploration or significant level changes in-game. Instead the difficulty ramps up by complicating the tracks and adding faster and faster cars. Even free-world racing games prominently feature closed-loop races. These races occur on major streets in prominent cities around the world. While most races revolve around simply outmaneuvering the opponent plenty of drivers opt to batter their peers cars or push them out of the way. The tactics used in racing games are the same in the Fast movies.

Gravity doesn’t function in racing games or the Fast and the Furious movies. Instead the movies launch cars, tow heavy boulders, drift around corners, and fishtail perfectly while driving backwards. Racing games reward players for defying gravity with extra points (Cruis’n USA) or faster routes. While the Fast movies have no such interactive component one of it’s biggest draws is it’s central stunt.

Every movie has one central stunt or action set piece. In Fast Five it’s the massive towing of the bank vault on the streets of Rio. In Fast and Furious it’s the opening tanker heist. Every movie has a core set piece that, while outlandish, always goes down in memory.

This piece sets a new height for awe in terms of practicality. More often than not the stunts are practical or practical enhanced with CG. The Fast and the Furious movies continue in the vein of racing games by placing a prominent, gravity-defying stunt in it’s core to engage moviegoer attention.

It’s well worth noting that racing games feel coded almost universally heterosexually male. While the sexuality of some protagonist’s never breaches the surface; console racing games often feature heterosexual male protagonist’s as the lead avatar for players to use. Similarly the racing scenes in these games prominently feature sexualized female characters as either fellow competitors or non-player characters.

UAMC Reviews ‘The Fast and the Furious: Tokyo Drift’

The Digital Evolution of The Fast Saga

In arcade games (games with arguably less play time for an individual) there are male and female genders represented but only as avatars to select and often in unequal numbers. Opening race sequences always feature denuded women waving flags as they shout: “Ready, Set, Go!” You can see it clearly in your mind with just that one sentence. That hallmark alone identifies a very overt influence of videogames.

Ripped near-completely out of a video game Tokyo Drift utilizes the exact same sequence in its first underground race scene. Cute girls in short skirts yell “Ready! Set! Go!” In subsequent Fast & Furious the flag-girl sequence remains as another shorthand to denote a racing scene. In Fast Five all it takes is several women in tiny dressed standing around a handful of exotic cars to tell the audience: this is the underground street racing scene in Rio and Iggy Azalea cameoed as a flag girl in Fast 7.

The video game influences in the Fast and Furious Saga are important to track because they denote the evolution of the series. Each entry into the series contemporised it’s usage of computers. It draws heavily on racing game mechanics (closed-loop races.) The notion of gravity remains absent from both media. It’s perspective gears heavily towards the largest consumers of video games and Fast & Furious movies: heterosexual young men with scantily clad women and male avatars. Even the intro sequences to race scenes perfectly mimic racing video games.

The Fast and the Furious Saga only has one racing game in it’s oeuvre. The Fast and the Furious (the game) came out in 2006. It failed to make any noise whatsoever and disappeared into the void forever. What Universal may have realized was that the movies, themselves, were video games to audiences. They offered gravity-defying stunts with typically coded male-heterosexual gendered characters, and thinly sketched plots contrived to set up races. They borrow heavily from racing games to use shorthand for informing the audience. These aesthetics waxed and waned by individual convention as the series moved past simple street racing and directly into action-heavy heist films or James Bond movies.