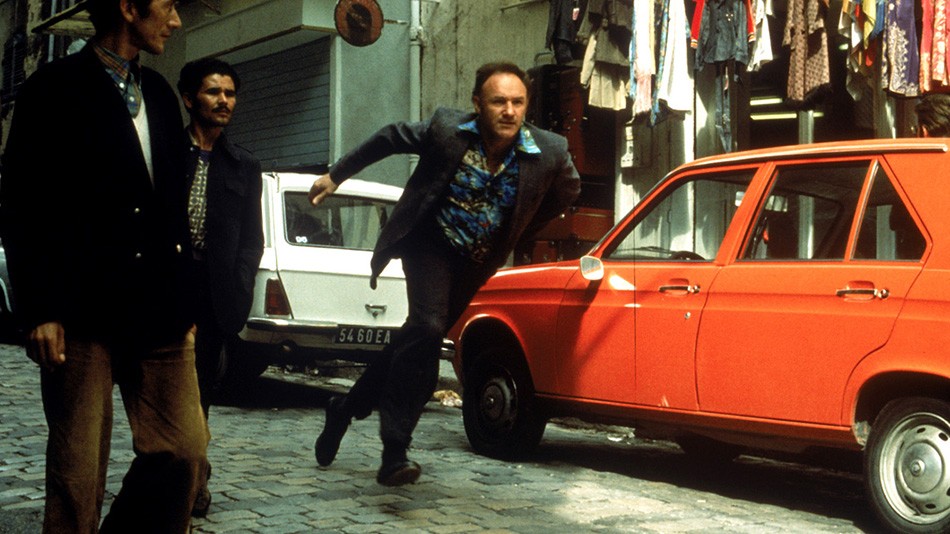 Gene Hackman and Roy Scheider set the tone for the prototypical ultimate actioner with The French Connection (1971). 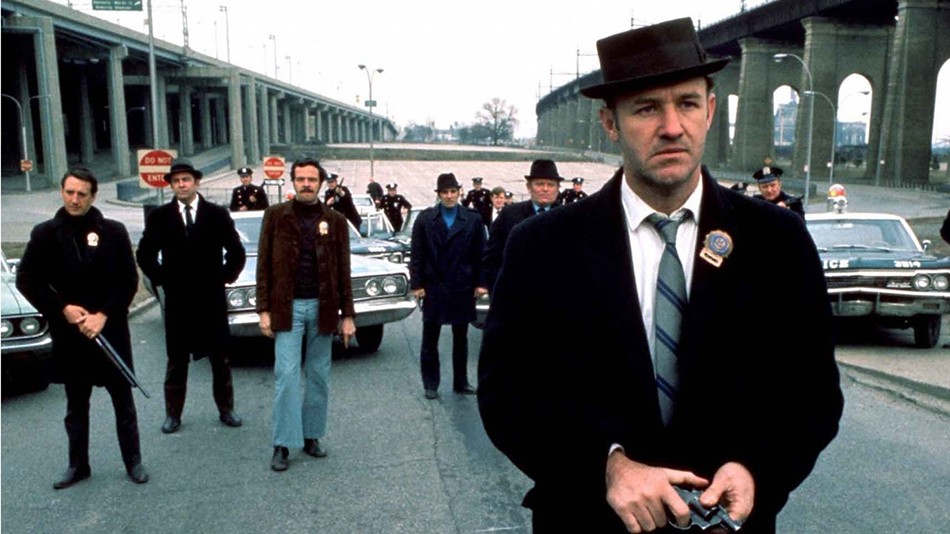 The other week, I referred to Bullitt as among the first steps of modern action cinema and a proto-ultimate action movie masterwork (read that full article here). The French Connection is the next step in the evolution of the action film, grittier and more violent than its predecessors.

Controversial in 1971, a year dominated by controversial, violent films (think A Clockwork Orange, Straw Dogs, and especially fellow cop action hit Dirty Harry – and be sure to read our ultimate rankings here), William Friedkin’s award-winner is the granddaddy of darker 1980s actioners like Escape from New York or even the satirical Robocop (read our rankings of all the Robocop films here!), films that make city life look like hell and violent crime a national epidemic.

The Gritty Real Story of The French Connection

Based on a real narcotics case in the early 1960s, the film follows cops “Popeye” Doyle (Gene Hackman) and Buddy Russo (Roy Scheider) as they chase down French criminals and a giant shipment of heroin. Their superiors have little faith in the enterprise, mainly because Popeye is a loose cannon whose behavior got a cop killed on a previous job.

Their prime adversary is the suave Alain Charnier (Fernando Rey), a drug king with all the manners of a gentleman. He’s using a TV star’s car to smuggle the drugs in plain sight, but will Popeye be able to sniff him out? And how many innocent casualties might ensue from Popeye’s Ahab-like obsession? 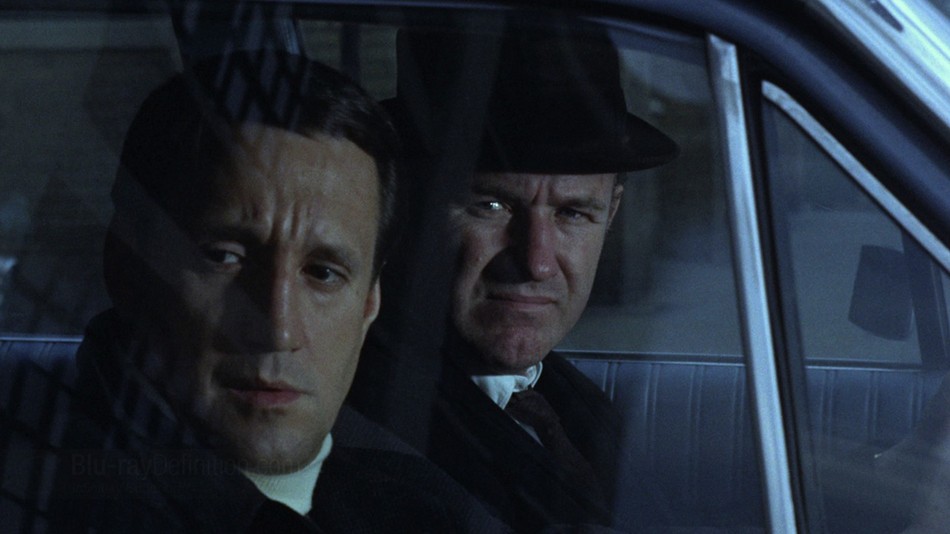 Popeye Doyle is one of the quintessential violent anti-heroes that were all the rage in 1970s Hollywood cinema, a definite shift from the more likable 1960s anti-heroes, who despite their rule-breaking were generally people you might not mind hanging out with. He’s a closer relation to Harry Callahan than Frank Bullitt, that’s for sure!

Popeye is a violent, sleazy guy who wakes up wasted in bars and picks up random women off the street. He doesn’t appear to have anything resembling a life outside of his work, so that’s where all his energy goes. Buddy is about the closest thing he has to family, and even that relationship isn’t warm and fuzzy.

Popeye appears to take pleasure in the brutality he inflicts on thugs, viewing his pursuit of criminals as more of a personal vendetta than merely a means of getting a paycheck. Anytime Popeye is chasing a criminal, anyone who gets in the way better watch out too.

You can see why his superiors would have reservations about him, as he is often as ruthless as the bad guys he’s pursuing. His eccentricity makes him somewhat appealing (we first see him undercover as a rather un-cuddly street Santa Claus), but the audience is kept at a distance by his thuggish behavior. 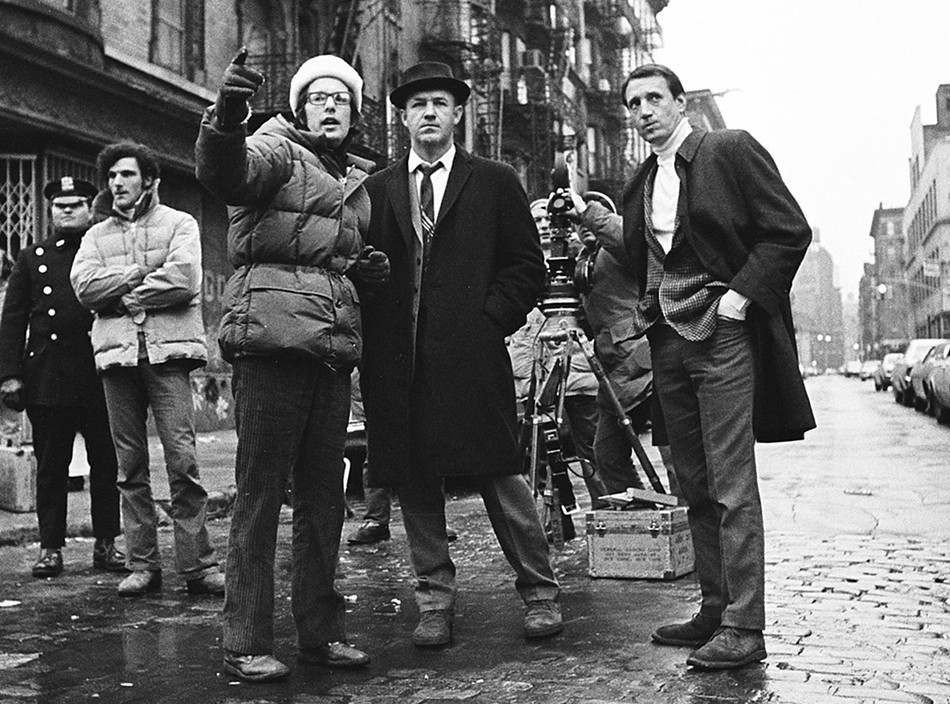 Much of the action is built up to slowly. We get a lot of the humdrum details of cop life, with Popeye shadowing his prey in the streets. The job is shown to be thankless and tedious, making one almost understand why Popeye goes nuts when action is finally called for. His life is contrasted with the privileged existence of Charnier and his criminal ilk, who dine in expensive restaurants and drive fancy cars. This is a world where crime does pay and there’s not much the frustrated protagonist can do about that.

The highlight is Popeye chasing down a shooter assigned to take him out at his crummy apartment. Evading the shots, he chases the man through the NYC streets. When he gets a civilian car to chase the killer (who snuck onto a subway before Popeye could get onboard), it almost comes off like a carjacking. As director William Friedkin once said in an interview, Popeye blurs the line between cop and criminal in his use of violence to do his job.

In some quarters what I’m about to say might be seen as heresy, but I actually prefer this chase to the one in Bullitt. Those low-angle POV shots racing through the busy NYC traffic are deliriously thrilling. What makes it so tense is also how utterly insane Popeye is with his total disregard for human life.

In the Bullitt chase (which you can watch here), McQueen was on a mostly empty street, endangering other cars more than innocent bystanders. But here, Popeye drives on the wrong side of the road several times, famously almost hitting a mother and her child. He causes car crashes (one of which was actually a real, unplanned accident preserved for realism’s sake!). And all without giving much of a damn!

How Does the Action Hold Up to Modern Standards? 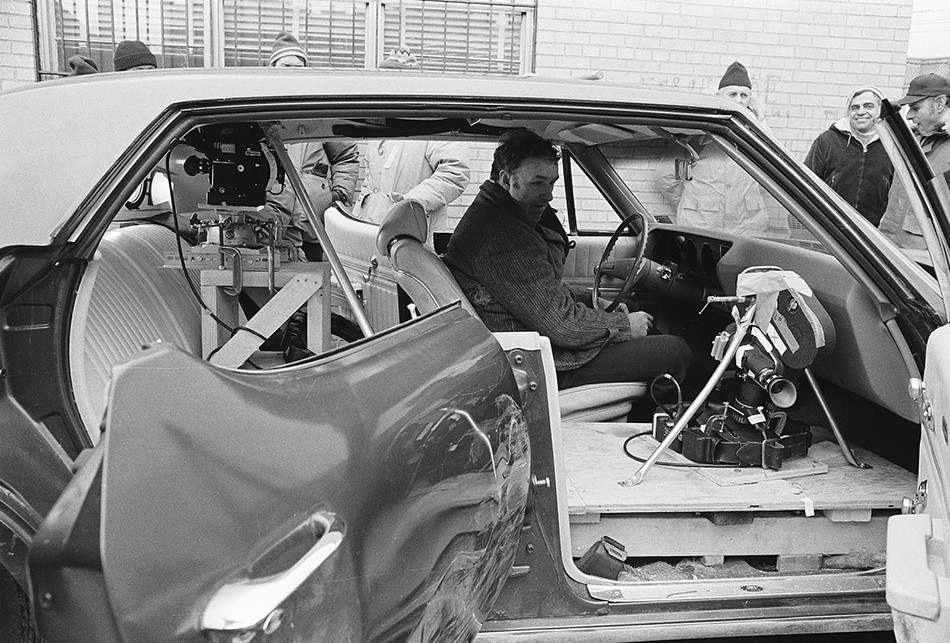 The use of real locations, natural lighting, and some mild shaky cam make The French Connection feel like a documentary. This realism makes the violence pretty uncomfortable at times, though there’s nothing here that would necessarily shock a post-Tarantino moviegoer. Any shock you feel comes from how blunt the violence is, not how much blood or guts are on display.

The Don Ellis soundtrack complements this tone, far more interested in unsettling the viewer than getting them pumped. That opening music is an audial punch in the face with its pounding underscore and wailing horns, like you’ve been caught in the middle of pressing, dangerous traffic. The ending scene’s theme in particular gives me chills every time, a sour feeling in the stomach. And I mean that all in the best possible way. 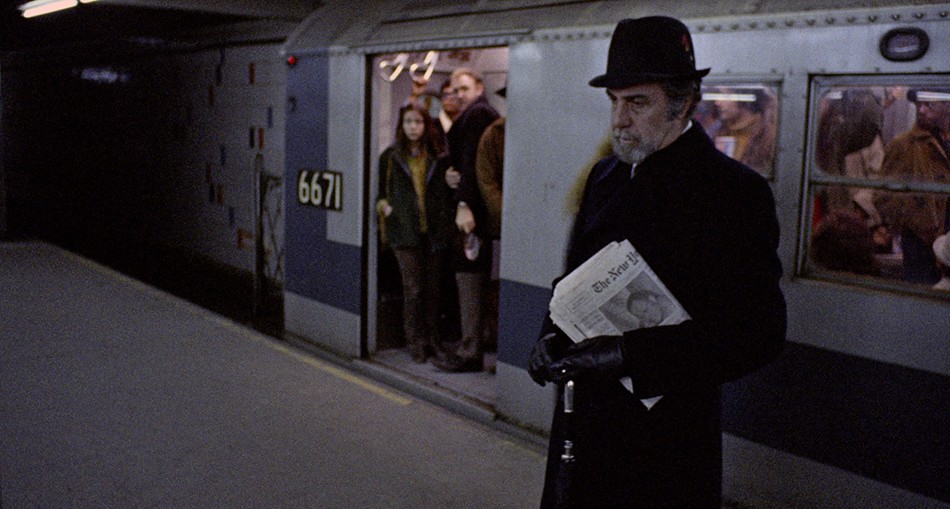 The French Connection’s influence is long-reaching. Pretty much every cop show or movie made after 1971 bears its mark, not to mention any movie with a big car chase or chases, like The Road Warrior or even something wacky like The Blues Brothers. Bourne director Paul Greengrass once claimed The French Connection might be the greatest action film of all time, as well as a big influence on the Bourne series itself.

Greatest or no, I’ll leave you ultimate action fans to decide, but there is no doubt that The French Connection remains a tense, visceral ride, without which many of our favorite 80s/90s action classics would not have been possible.


What are your favorite scenes or memories from The French Connection? Let us know in the comments or on our Facebook page!