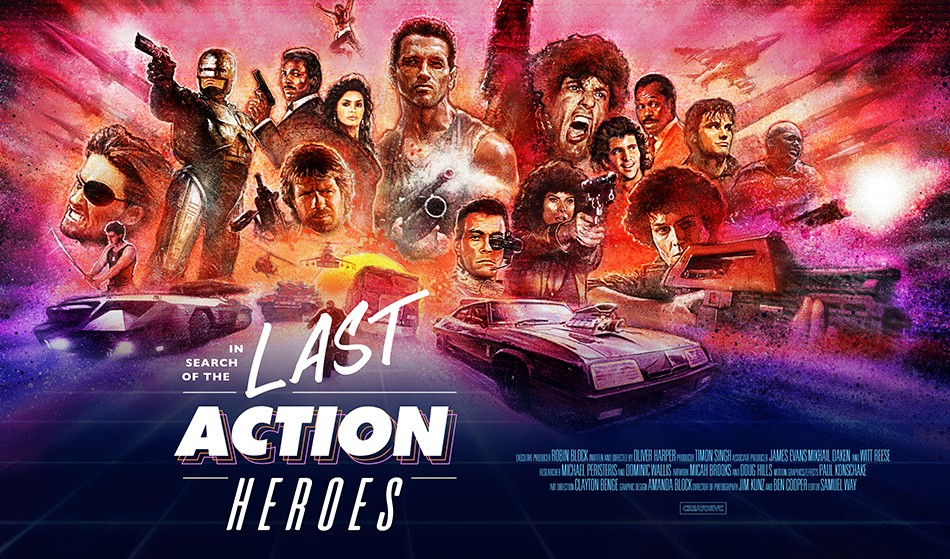 You might as well call this IndieGogo the Ultimate Action Movie Club Documentary!

Presented by Youtuber Oliver Harper and featuring a huge list of 80s and 90s action movie stars, we here at the Ultimate Action Movie Club are ULTIMATE fans of this new documentary IndieGogo project ‘IN SEARCH OF THE LAST ACTION HEROES’.

The project, which is already in production with what looks like tons of interview footage already compiled, aims to be “the most comprehensive retrospective of the ‘80s action film genre ever made.”

Let’s take a look at this exciting IndieGogo project and which big name action stars and movies look to be featured. And be sure to check it out and support it yourself here!

project and which big name action stars and movies look to be featured. And be sure to check it out and support it yourself here!

In Search of the Last Action Heroes Documentary

The Ultimate Action Movie Club is 100% about honoring the ultimate legacy of 80s and 90s action movies. We love the genre for its over-the-top stars, the ridiculous plots and the huge muscles, guns and explosions. It’s cool to see a project bringing so many action movie players and legends together for the common cause of appreciating ULTIMATE ACTION MOVIES!

Here are a few of the key interviews so far included.

UAMC would absolutely recommend supporting this IndieGogo project. While there doesn’t appear to be any VHS copy options at this point (we’ll have to have a word with the producers about this!), there are some pretty cool rewards and swag options.

The producers are based in the United Kingdom, so prices will have to be adjusted for your market, but would highly recommend the DUTCH option which gets you a Bluray + digital soundtrack! But there are also sweet options for T-Shirts and posters as well.

What we’re really excited about is the behind-the-scenes stories from these action movie legends. If you’ve read our site for some time, we’ve seen UAMC classics like Bloodsport, Rambo and Terminator like a billion times – and have covered each in almost every way possible.

But there’s always more ultimate awesomeness to check out! We’re also super excited to see UAMC friend of the blog Sheldon Lettich as an interview contributor (here’s our interview with Sheldon earlier this year).

So, if you haven’t already, check out the IndieGogo for ‘IN SEARCH FOR THE LAST ACTION HEROES’ here and stay tuned to the UAMC blog and our Facebook page!