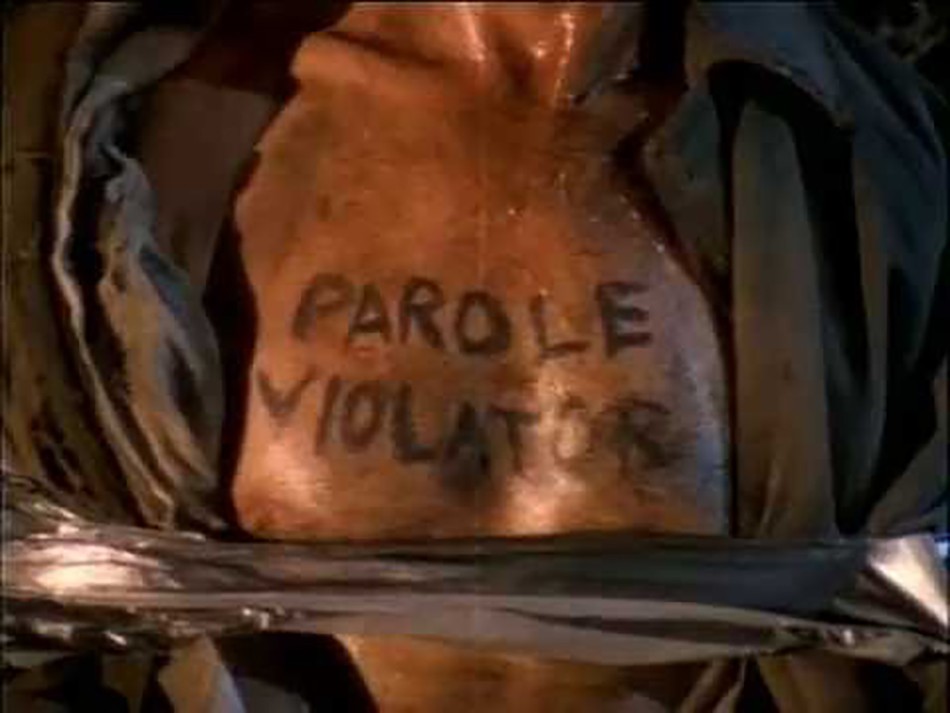 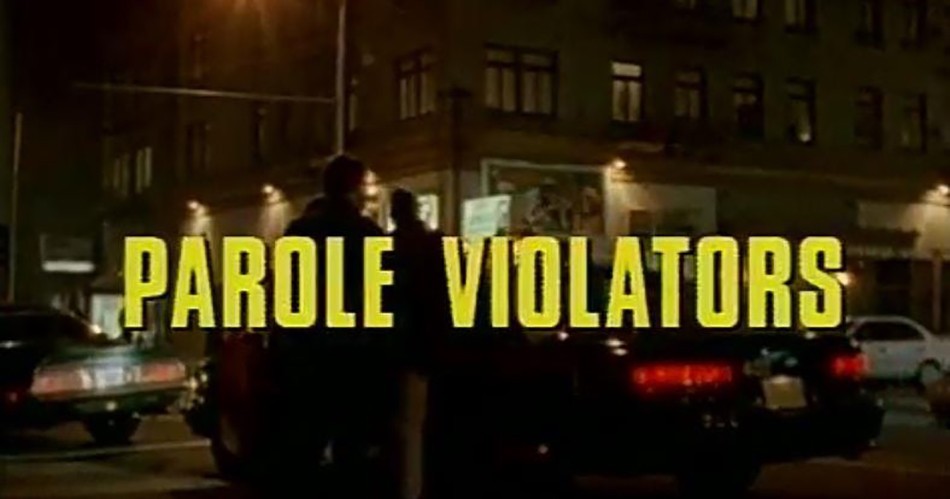 Parole Violators is a low budget DTV action flick from 1994 starring stuntman Sean Donahue, and is directed by his father Patrick, also a stuntman. In it, Sean plays Miles Long (No Joke!), a former cop turned Vigilante/Host of the TV show “The Parole Violators“, which follows recently paroled criminals who are about to commit crimes, or… violate their parole. When he learns of the recent release of gangbanger/pedophile/rapist Chino (because he couldn’t just be a gangbanger), he becomes furious. And when Chino kidnaps the young daughter of his cop “Girlfriend” Tracy (I’ll explain in a min), they team up to take him down for good.

If I could ask the director one question, and one question only, it would be… “Do you hate your son?” Like seriously, the amount of stuff he puts his son through throughout the movie has me wondering if he even likes him at all. Falls, beatings, car crashes, etc… Name it. He makes his kid do it all. And I know Sean is probably a capable enough stuntman, and was more than willing, but jeez… There’s filmmaking, and there’s abuse. And this film greatly blurs the line between both. 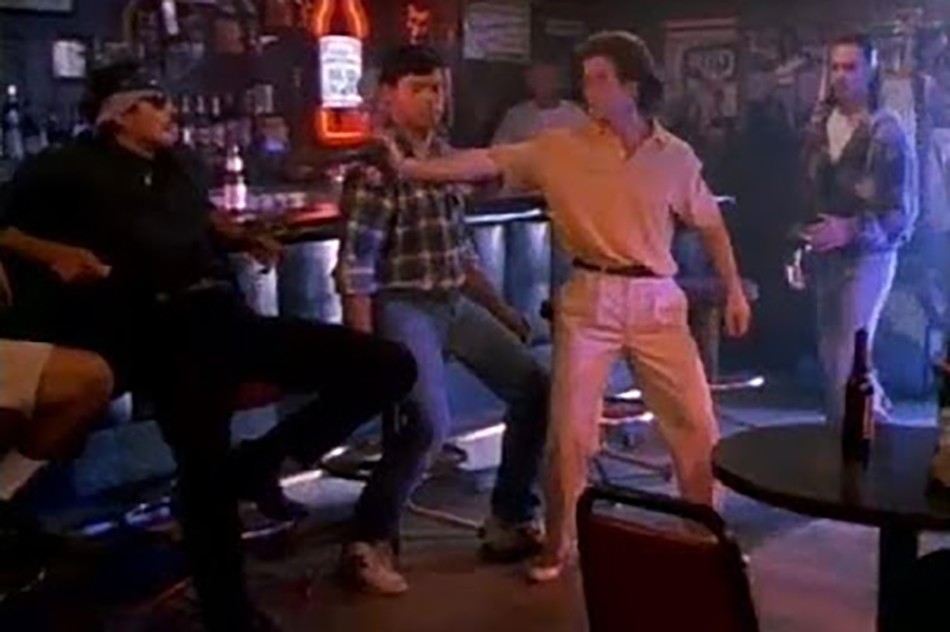 Now, let’s talk about the recipient of all the abuse, Sean Donahue. A stuntman with 40 credits to his filmography, including stunt work on such illustrious low budget films as Firepower with Chad McQueen and Gary Daniels, Hitman’s Run with Eric Roberts, and Class of Nuke ‘Em High II: Subhumanoid Meltdown, just to name a few, Donahue also starred in a few films prior to Parole Violators, such as Roughcut with the late, great Richard Lynch, Fighting Spirit with Loren Avedon, and Blood Hands. So he wasn’t new to acting. I haven’t seen any of those… yet, but watching Parole Violators, it’s easy to see why he never caught on as an action hero and went on to bigger budgeted movies.

Honestly, I think it’s because the guy just looks like the farthest thing of what you would consider an action hero to look like. Seriously. He has the looks of a confused Parker Stevenson, the body of a buff Martin Short, and the wardrobe of a homeless Jerry Seinfeld. He looks more at home playing Onlooker #2 during a fight scene in a Jean-Claude Van Damme movie. But here he is. Playing the hero. Miles Long. All 3 foot 2 inches of him. A pint sized hero who gets the living poop beat out of him all movie. No lie, this guy gets beat up so often Moe Howard rose from the dead to offer him the part of “Larry Joe” in a new Three Stooges short. I’m telling you, when it comes to taking a beating, Sean Donahue makes Bruce Campbell look like Donald Sutherland as “The Clumsy Waiter” in “That’s Armageddon“.

For real. And all the stunts during the action sequences look like those wannabe “Jackass” videos where one kid dares his buddy to do something really painful and stupid, just recorded with shittier cameras. I wouldn’t be surprised if a lot of the stunts were accomplished by yelling at Sean Donahue “Just do it! Stop being a wuss!” Insane, I tell you. Insane. Often more than once, Miles gets thrown off a mountain, run over, shot, falls through a tree, falls off a roof, thrown out a window, and beat up 242 times.

Tracy and the Rest of the Cast

And his “girlfriend” Tracy is no better. I keep putting quotation marks around girlfriend because I’m still not sure of their relationship. Do they love each other? Do they hate each other?, etc… I guess they were going for that witty banter between antagonistic lovers that you found in something like Romancing the Stone or Moonlighting but plays more like a crappy and more annoying action movie version of The War of the Roses.

But yeah, she gets the hell kicked out of her too. Not as badly as he does, but she gets a pretty close second place. It gets to the point where you even start to feel bad. I wanted to jump through the screen and yell “LEAVE HER ALONE!” Poor Tracy. She gets beat up so bad, she makes Ronda Rousey feel better about her last UFC fight.

And their acting is sooo laughably horrendous. Especially Tracy. She makes Anna Nicole Smith in Skyscraper (which you can read our UAMC review of here!) look like Meryl Streep in Silkwood… Damn. How many references is that? I watch entirely too many movies. Anyways, back to what I was saying. Her acting is so atrocious, I’d be surprised if she got any work after this…

And the acting is made even worse by the terrible dialogue. *SPOILER ALERT* For example, she kills a henchwoman by shoving her head into a protruding nail and responds with the pun: “I hope you had your tetanus shot, bitch!” Wait a min, what? “I hope you had your tetanus shot, bitch!”?? No “Nailed you, bitch!”?? It was an perfect set up! And you go with that?? Freaking amateur hour. Arnold Schwarzenegger is sitting somewhere shaking his head at your missed opportunity as he comes up with 8 different puns that could’ve been used.

And the action. Oh boy. Just a lot of your standard fist fights, 15 mph car chases, and bottomless clip shootouts. Difference here is these scenes go on FOOOOREVER! Every sequence feels at least 10 mins long. It gets to the point of being borderline overbearing. Imagine a 10 min long action sequence with boring cinematography and average choreography. Now imagine getting sequences like that over and over again throughout the course of this movie’s 87 min running time. Sounds excruciating, right?

But you know something? Even after everything I just said… I. LOVED. THE HELL. OUTTA THIS MOVIE! I had a grand old time watching this crap. I laughed so hard and heartily during this movie. The climax alone had me in tears. It was beautiful. The terrible dialogue. The awful acting. The painful stunts. It all made for such a rewarding experience. When this was done, I immediately wanted to watch it again. That’s how much fun I had. I think I even had a better time watching this than the new Mission Impossible movie, and that movie’s beyond awesome!

I think what I loved about this movie most though is the heart that went into it. The “We tried our best” aura that hangs all over the proceedings. And I respect that. Their best was awful, but I respect it. I mean it. When the credits started rolling, and a 90’s freestyle song started playing, I clapped. I clapped with the biggest kool-aid smile I could muster. It’s not everyday you get to see Good Bad movies as Good Bad as Parole Violators.

So if you’re into that, order a pizza, grab some booze, hunker down and have a ball. It’s the least you can do for all the bodily harm Sean Donahue endured to make this. All the multiple contusions, various abrasions, broken bones and…

Have you seen Parole Violators? Do you want to see it? Let us know your thoughts in the comments or on our Facebook page! 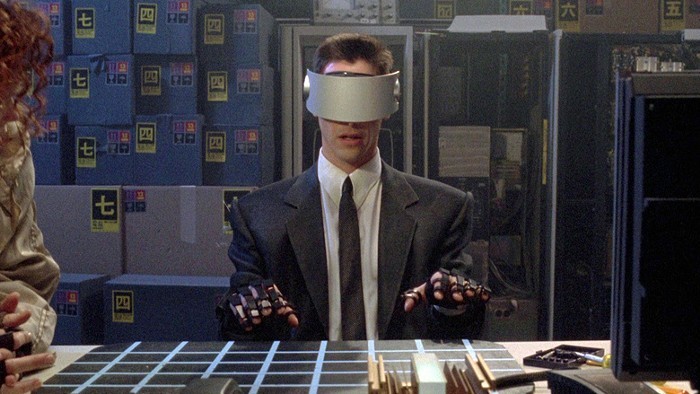