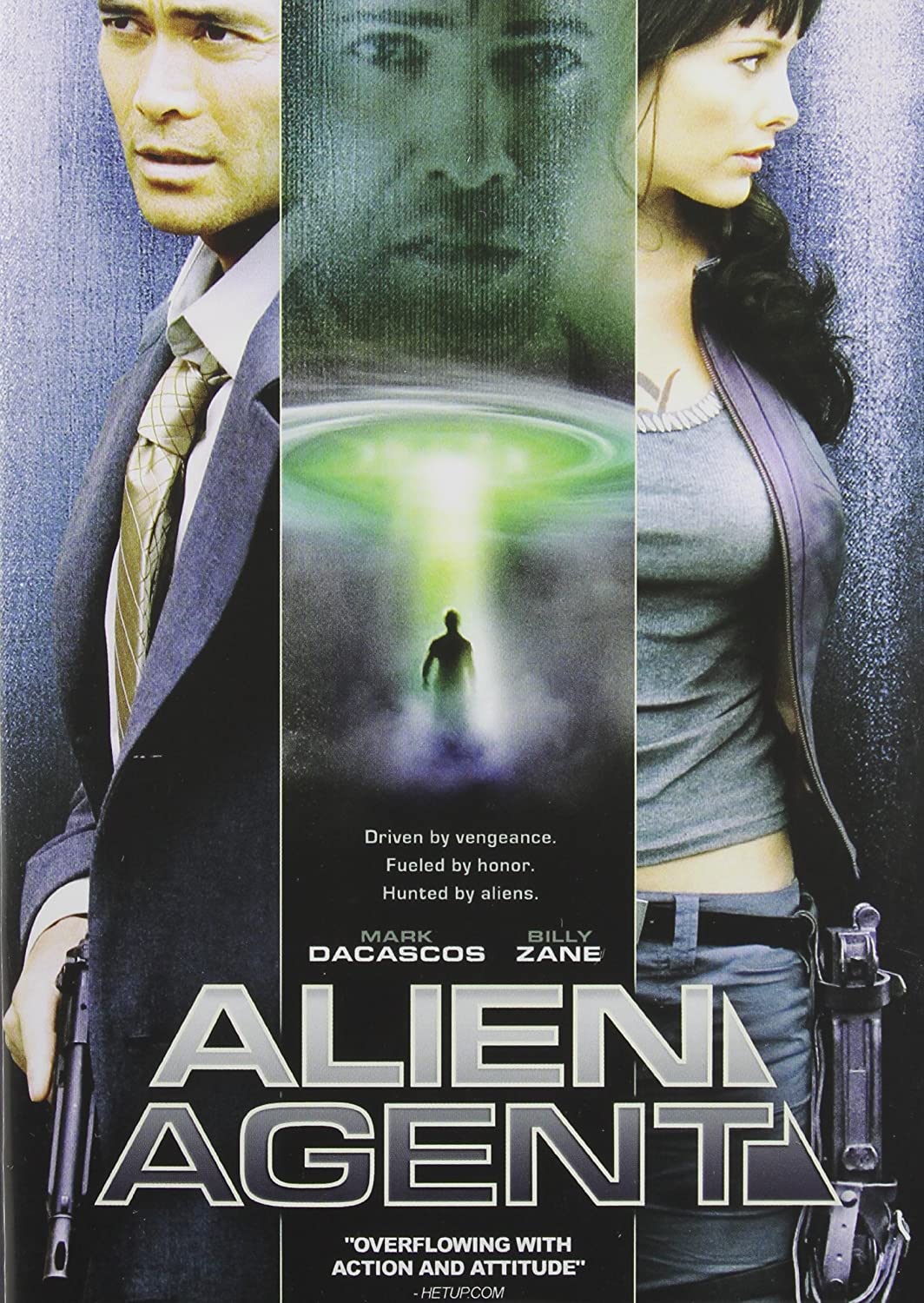 In Jesse V. Johnson we trust, when it comes to delivering the goods to fans of old school style action cinema of the last couple of decades. As a director, I have come to realize he never disappoints. His work with Scott Adkins in recent years has continue to set the bar of what lower budget filmmaking can be. Coming soon, I will be reviewing his the all new Debt Collectors film. But today, I dove into 2007’s Alien Agent and with this review, I hope you will track it down too, if you haven’t already! 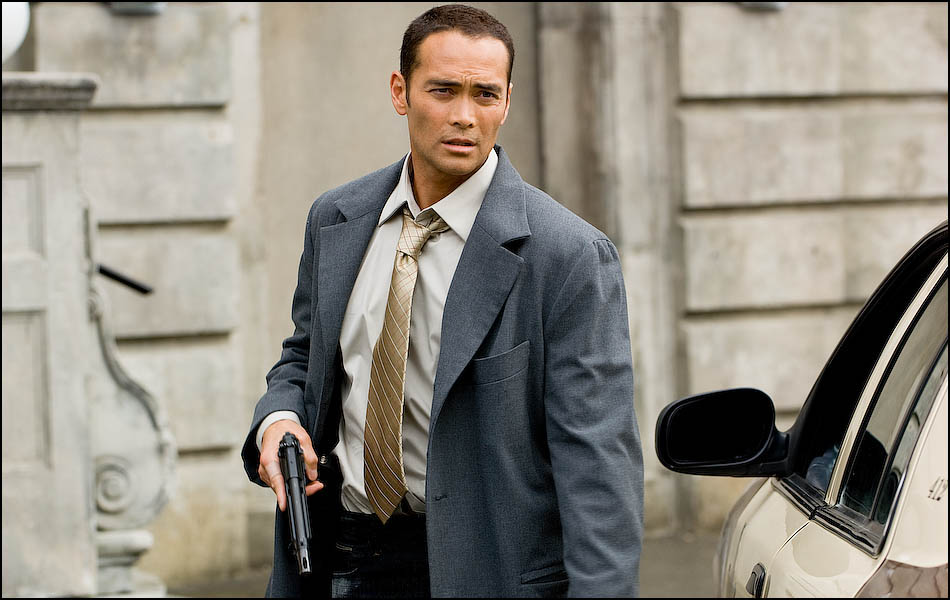 Before we get into the thick of things here, I also have to say what an absolute star of a leading man Mark Dacascos (Only the Strong/Drive/The Base/The Crow: Stairway To Heaven) has been over the years and he still is. I’d put his DTV efforts up there with the best of the genre without a doubt. In Alien Agent, Dacascos stars as a lawman from another galaxy, named Rykker. He is in pursuit of a familiar group of former allies who have come to earth to wipe out the human race and take over basically.

They are some kind of alien lifeforms that assume human bodies, as does Dacascos’ character. Billy Zane (The Phantom/Danger Zone/Invincible) ends up as the main alien in charge, even though we first see him as a redneck trucker who gets his neck snapped, and brought back to life when his body is taken over by the other worldly being. Zane does not have a huge role, but he does well. I forgot how cool the Zane-man was!

Amelia Cooke (Species III) plays the beautiful, but deadly Isis, who we find out had a past relationship with Rykker (Dacascos), but are now on opposite sides. Emma Lahana (Marvel’s Cloak & Dagger) is Julie, whose family gets gunned down and she ends up tagging along with Dacascos throughout the film. The two have their highs and lows, but end up building a connection. 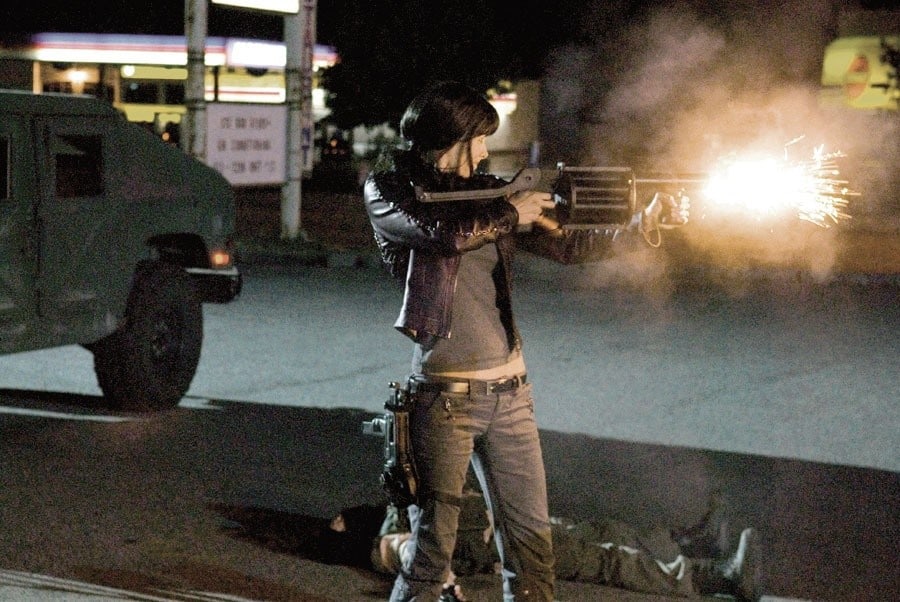 Sons of Anarchy alumni, Kim Coates, plays a very different kind of character for him and shows what a versatile, underrated actor he is. Here, he is a scientist that becomes a blind follower of the bad guys. I also can’t forget to mention the familiar faces we have on henchman duty. Dominique Vandenberg (The Mercenary/Pit Fighter) and the late Darren Shahlavi (Bloodmoon/Kickboxer Vengeance/Pound of Flesh).

The adrenaline ride starts right away with a high speed shootout, with some really impressive car stunts that end explosively. Shahlavi gets his time to shine early with Dacascos in the film’s first fight. Vandenberg is in the movie considerably more, getting to take out a group of guys on his own before coming face to face with Dacascos.

All of the film’s fight sequences are handled very well and prove that without a doubt, Dacascos still has his sharp martial arts skills that haven’t slowed down one bit. The biggest highlights are the “dream matchups” with Shahlavi and Vandenberg, as well as this hallway fight that starts off with him crashing through a wall to take on multiple guys.

Although he mostly portrays this cold and slick killing machine, Dacascos also throws in some fun one liners like when a bad guy has him dead to rights as he is on the ground, he rolls over and says “in your dreams” before he blows him away. And then later before he tosses a guy off a cliff, he says, “hold on tight, this is going to be a bumpy ride!”.

The finale is action packed as Dacascos snaps many necks, kicks many of faces and gets the girl. So as you can see, I was not let down in the action department. I also have to say what an ambitious effort this was… combining the special effects to go along with the alien, sci-fi aspects of the film.

They worked well for the most part. I’m not sure what the budget was exactly for Alien Agent, but for my money, they made it look like an even bigger production than it probably was. I would love to see another pairing of Jesse V. Johnson and Mark Dacascos in the future! 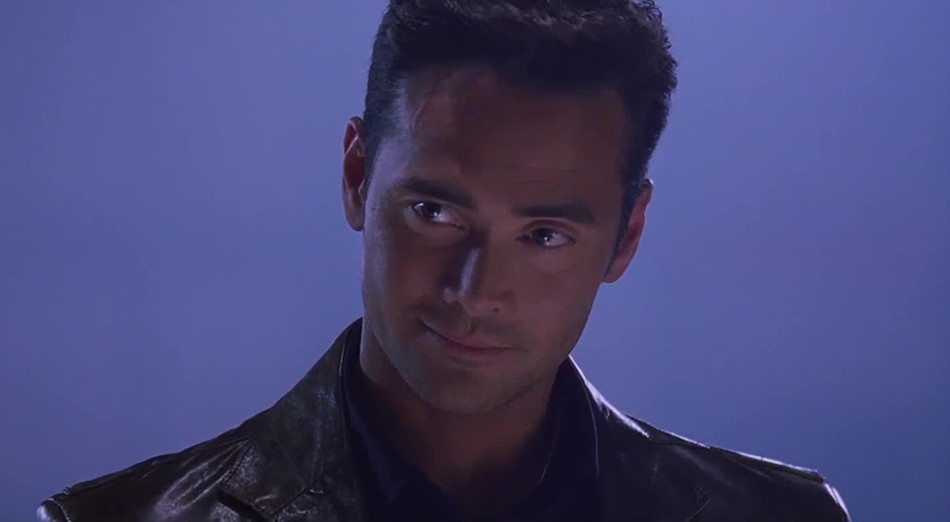 How Mark Dacascos Paved the Way for John Wick in ‘Sanctuary’...