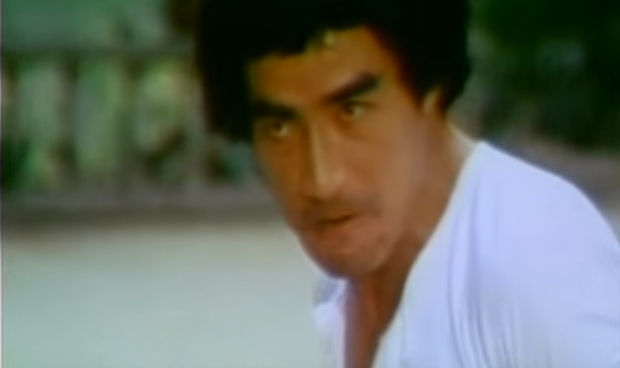 Exploring the ultimate martial arts Bruceplotation of Godfrey Ho with The Blazing Ninja. 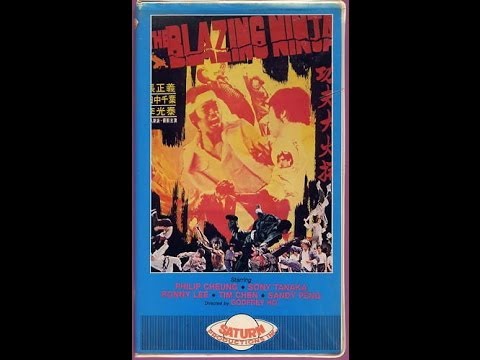 I love hunting for obscure Ultimate Action Movies. The way I like discovering them is choosing a film-maker and watching movies from their back catalogue. Not knowing, when I press “Play”, if the film I’ve selected will be a masterpiece or barely watchable garbage. After sifting through the rubbish, I’m left with a few interesting artifacts and golden nuggets to share with you here. Think of it as a public service.

The action movie film-maker I chose to revisit this time, is Godfrey Ho. A now retired director from Hong Kong, born in 1948 as Chi Kueng Ho. Usually I return to directors who made something impressively awesome. Not this time. The only Godfrey Ho action movie I’ve watched is the notorious Bad Movie Robo Vampire (1988). The one with this infamous poster & cover art. Robo Vampire is not so much a coherent movie, as an assemblage of different films spliced together. Learning that Ho used that same cut-and-paste technique to become a big part of the 1980’s Ninja boom intrigued me.

The trashy exploitation posters and cover art sealed my curiosity. And I have a suspicion awesome and exciting cover art will be the best thing about some of these films. But where and how to begin? From his first film in 1973 to his last in 2002, he churned out 149 releases. Over his twenty-nine year career, that averages more than 5 films per year. In 1988 alone, he somehow released 39 different movies. Not far off one per week. Imagine being a Hong-Konger, trying to keep up with that year’s new releases.

The Illustrious Career of Godfrey Ho 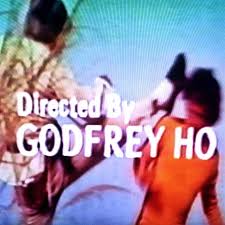 At the rate of one a week, it would take me nearly three years to watch them all. That would be bananas. Clearly I need to be smart and picky with Godfrey Ho’s back catalogue. Glancing through Godfrey Ho’s substantial IMDb page, it looks like you can divide his work into three eras:

Because I know almost nothing about classic Kung Fu, I want to sample at least a small number of them. For the avalanche of cut-and-paste action movies, I’ll aim to try whatever catches my interest. Outrageousness of the cover art and IMDb rating will play a part in that selection. Armed with this game-plan, I’m both looking forward to, and dreading this. Now let’s start!

Diving into The Ultimate Blazing Ninja

On Saturday I started with Godfrey Ho’s very first movie: The Blazing Ninja (1973). Partly because the beginning is a good place to start. But mostly because of the cool title. The producers included Joseph Lai and Tomas Tang, whom I gather Godfrey Ho would work with for a long time to come. It stars Yi Tao Chang (credited as Philip Cheung), Sony Tanaka and Ronny Lee, none of whom I’ve ever heard of. The story is something to do with Chinese rebels and Japanese bad guys.

The film opens with a character wearing a black-and-yellow jumpsuit like that work by Bruce Lee. A fact puts The Blazing Ninja in the Bruce Lee Exploitation category of movies, called Bruceploitation. Despite this being the first classic era Hong Kong Chopsocky I’ve ever watched, I instantly enjoyed it. Fights were breaking out every few minutes for no reason whatsoever. Many Seventies Kung Fu cliches were present including crash zooms; incongruous and badly dubbed English language; the punch and kick sound effects; grainy and poorly transferred film and a funky soundtrack that was probably bootlegged from other movies. Yes, I know these are flaws I’m not supposed to like. Yet they added to my enjoyment.

Then, around half way through, The Blazing Ninja lost nearly all momentum. The fighting mostly stops to be replaced by drama and story. Neither of which hold up. The acting is too poor to carry the drama. The story is hard to follow nonsense. Then there’s the blatant anti-Japanese sentiment which caught me by surprise. The title was misleading as were the ninja. There was no ‘blazing ninja’. Instead there was a small group of Japanese henchmen who were referred to as ninjas. 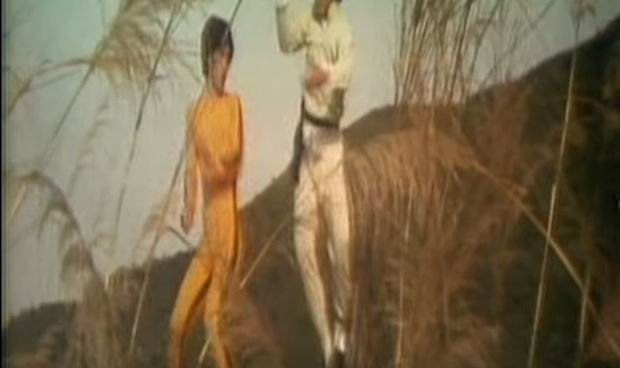 Disappointingly, none of these so-called ninjas wore the customary ninja costume, nor did they do any recognisably ninja stuff. Clearly the classic ninja formula hadn’t yet evolved when this film was produced. The ending is also surprisingly abrupt, with a simple “THE END” title card. No closing scenes. Not even end credits. Maybe this is normal for Hong Kong films from this time. I’ll find that out as I watch more of them.

On balance, The Blazing Ninja isn’t bad. I enjoyed the entertaining cheesiness, and the faults and flaws made it unintentionally funny. However, the dramatic elements dragged the pace down too much for me to wholeheartedly recommend it. As a first commercial release by an inexperienced production team, it’s a commendable first try. Whatever they made next, I hope involved more fighting and less drama.

Article by: Hywel Price-Evans who currently works in the Martian turbinium mining sector. He is passionate about cutting off the oxygen supply to Martian colonists, and discovering obscure action movies from the home video era.