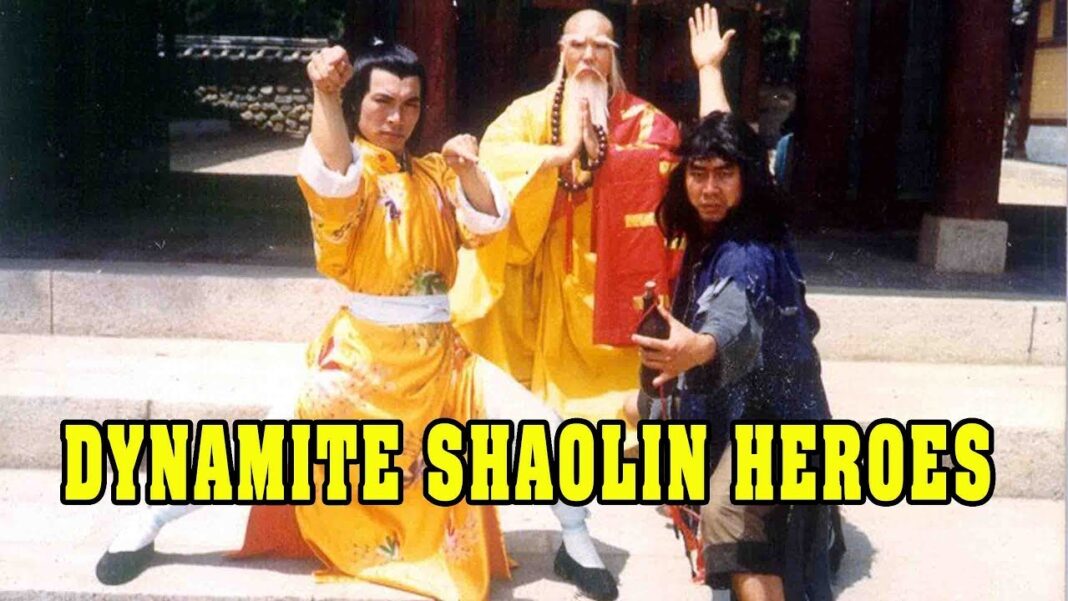 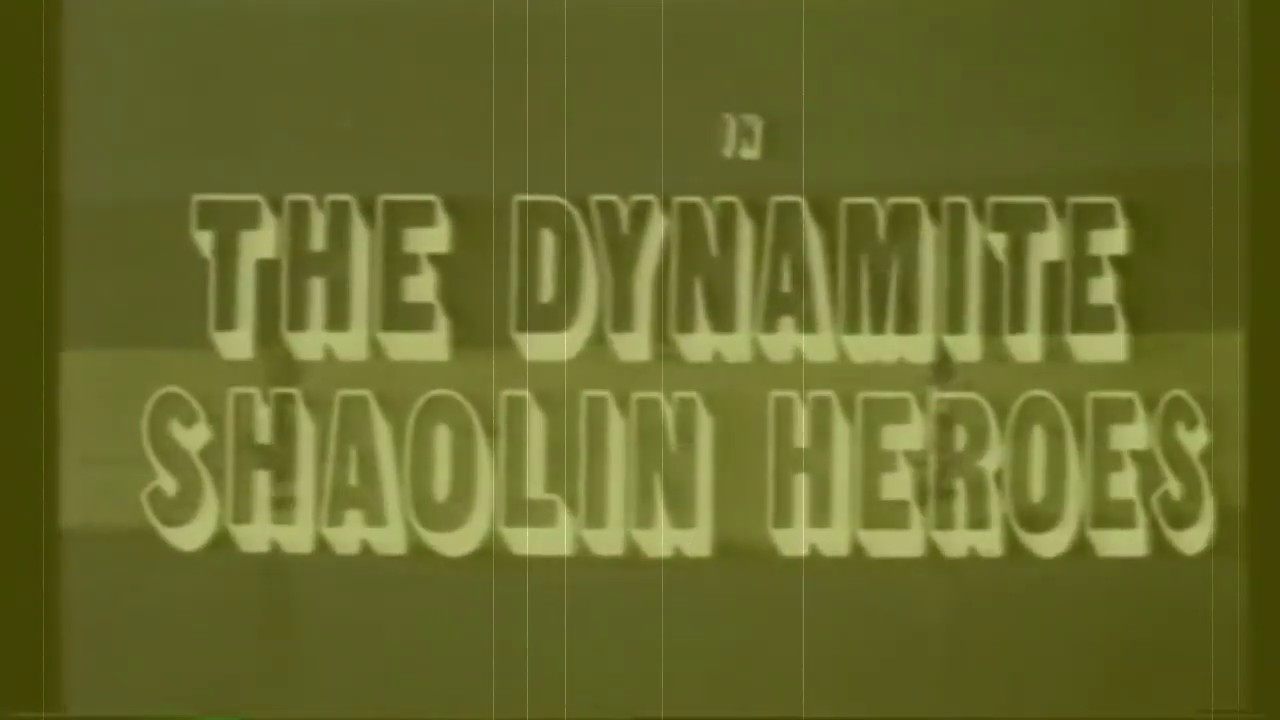 On a recent Saturday I decided to try my next Godfrey Ho film: The Dynamite Shaolin Heroes (1977) [Original Chinese title: Long quan xiao zi]. A Hong Kong Kung Fu movie directed by Godfrey Ho (credited here as Ho Chi Keung and, confusingly, as Walter Lee in the English dubbed version). His long-time collaborators Joseph Lai and Tomas Tang are producers. Besides Asso Asia Films, this was the first movie by production company Filmark International Ltd. The Dynamite Shaolin Heroes stood out among Godfrey Ho’s immense back catalogue for its high rating on IMDb. A fact that provided all the convincing I needed, to choose this film. I certainly don’t know enough about Kung Fu movies to use other, better selection criteria.

The Dynamite Shaolin Heroes turned out to be historically set. In fact, the first historical Kung Fu movie I’ve seen while trawling through Godfrey Ho’s old films. From what I can tell, it’s set during a rebellion after the fall of China’s Ming dynasty. That would place it during the 17th Century. In this brazenly political story, the good guys are Ming loyalists, seeking to restore the Dynasty. The bad guys are on the Government’s side, seeking power. None of that sounds cool or appealing. Fortunately, all you need to know is this: Besides a romantic sub plot, the story has a mysterious Lotus man, swooping in on wires to beat up bad guys whenever during moments of peril.

At this point, I’d like to tell you who the actors are and what roles they play, but I can’t. According to IMDb, The Dynamite Shaolin Heroes stars Lieh Lo, Bong Choi and Sung Kyu Choi. Most of whom are credited on-screen with Anglicised aliases. Information on this film is so scarce, I have no way of matching one set of names to the other, nor to the characters they play. Another mystery is the involvement of South Korea. Whether it was financing, people or filming locations, I don’t know because I’ve not seen it written down anywhere. There may be someone out there who knows the answers to these puzzles, but that person isn’t me.

Regarded as One of Godfrey Ho’s Best Works 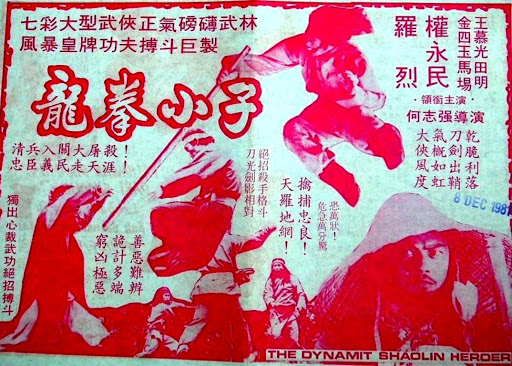 There’s a lot I enjoyed about The Dynamite Shaolin Heroes. The story, characters and plot are more well-rounded than they were in The Blazing Ninja (1973). The pacing is also much better, with more fights throughout. Those fights are often bigger and better, with more people and weapons including sticks and swords. The best scenes are those with the Lotus man, who dresses in white and hides his identity under a conical straw Chinese coolie hat. An appearance that reminds me of the lightning shooting man in Big Trouble in Little China (1986) and the character Raiden from the video game Mortal Kombat (Midway, 1992). This guy must be the titular “Shaolin Hero”. Besides all that, this movie has more of the 1970’s Kung Fu cliches that I enjoy so much. The checklist this time included:

The main downside of The Dynamite Shaolin Heroes is the setting and story. Presumably this period of Chinese history means something to Chinese people. For me however, I struggled to grasp what was happening and why. Scenes where the dialogue dwelt on the post Ming dynasty political situation really dragged. Too often you wish it would cut the drama and return to more fight scenes. Lastly, there’s the misleading English language title. The Dynamite Shaolin Heroes has no dynamite. At least not in the literal sense. Nor are there Shaolin heroes. There is one Shaolin hero. Not a squad of them. Come to think of it, a squad of dynamite wielding Shaolin heroes could make for an epically cool movie.

Overall, I enjoyed The Dynamite Shaolin Heroes despite its flaws. The end has moments of brilliance. And most importantly, it delivers a decent quantity and quality of cheesy Chopsocky action. Recommended if any of what I described above appeals to you.

Article by: Hywel Price-Evans who currently works in the Artificial Intelligence R&D Department at Cyberdyne Systems. His hobbies include developing military control systems to Skynet, and discovering obscure action movies from the home video era.