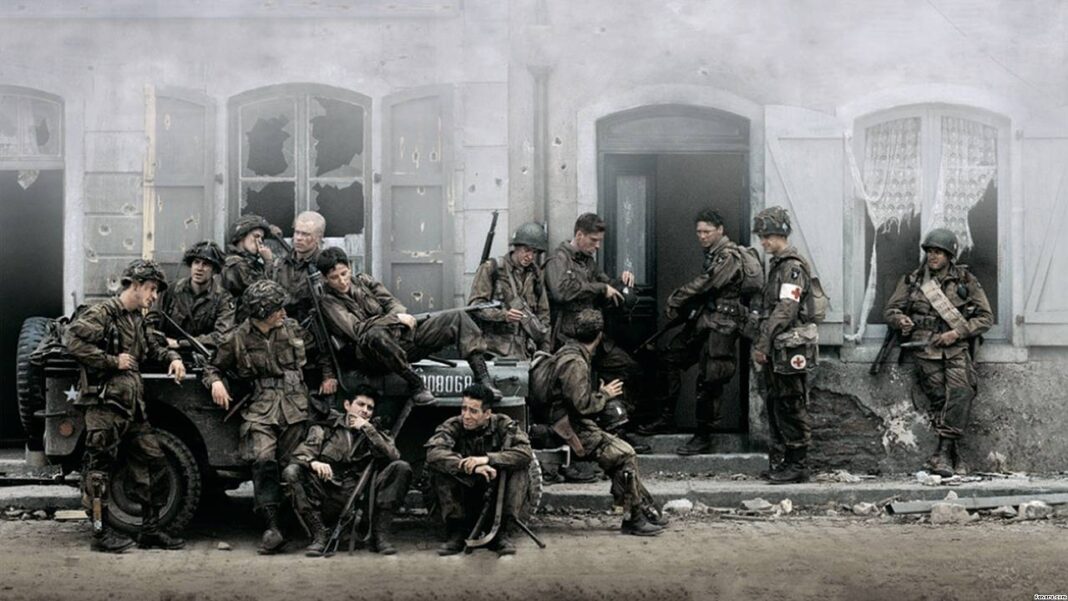 Looking back at the acclaimed war series now 20 years later… 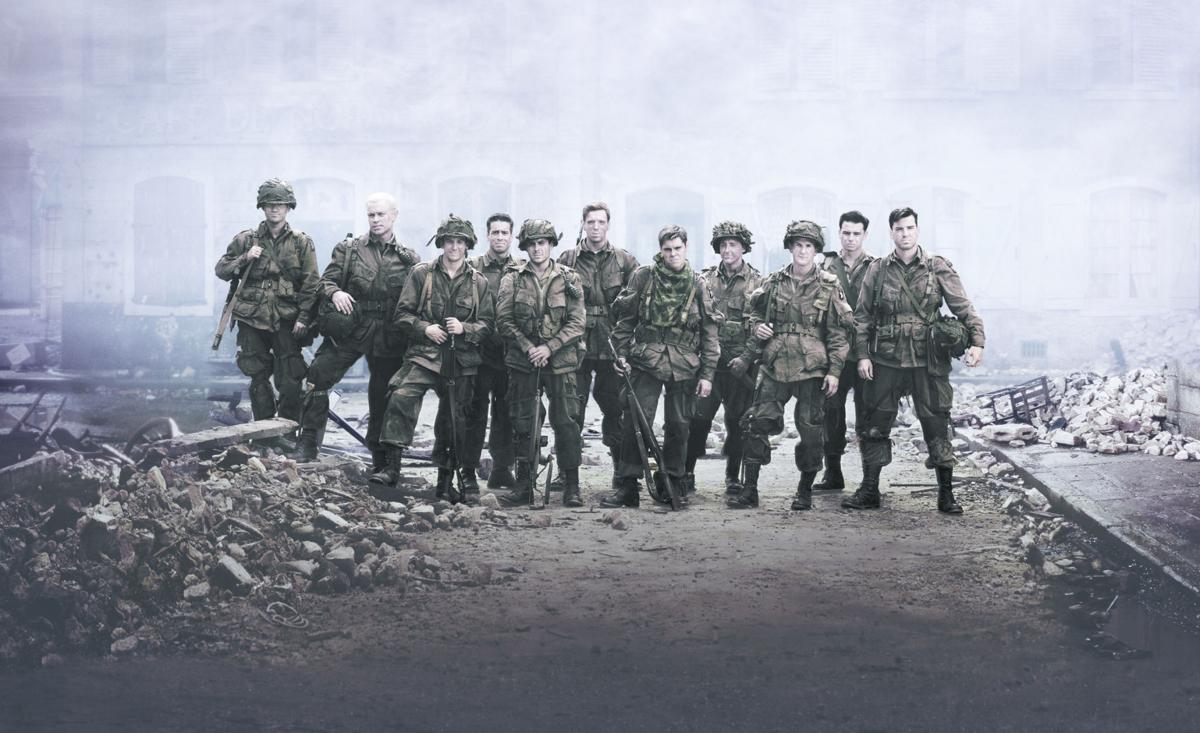 Phenomenally put together and necessarily graphic, Band of Brothers is one of the highest rated TV shows of all time for a reason.

It’s coming up to its 20-year anniversary and it still holds up. Here are five reasons why Band of Brothers is still brilliant:

The acting in the show is phenomenal. The main cast were so well cast, especially when you compare them to the real people they’re portraying from the opening conversations. It’s almost too good from some of the actors, to the point that you can almost tell who survives based on the opening conversations and the actors who portraying them. One particular one comes to mind, where I was thinking that actor couldn’t be playing anyone other than that guy.

All of the acting is excellent, even if it is difficult to take Ross from Friends seriously. Although, him being in it and constantly yelling, “EASY COMPANY” adds to the fun if anything. Damien Lewis (Dick Winters), Ron Livingston (Lewis Nixon) and Neal McDonough (Buck Compton) all give career-high performances.

As well as the main cast, we have the Easter Egg of spotting smaller background characters who were played by younger actors  at the time who just so happen to be some of the biggest actors working today, e.g. Tom Hardy, Michael Fassbender, James McAvoy, and Jimmy Fallon for some reason. 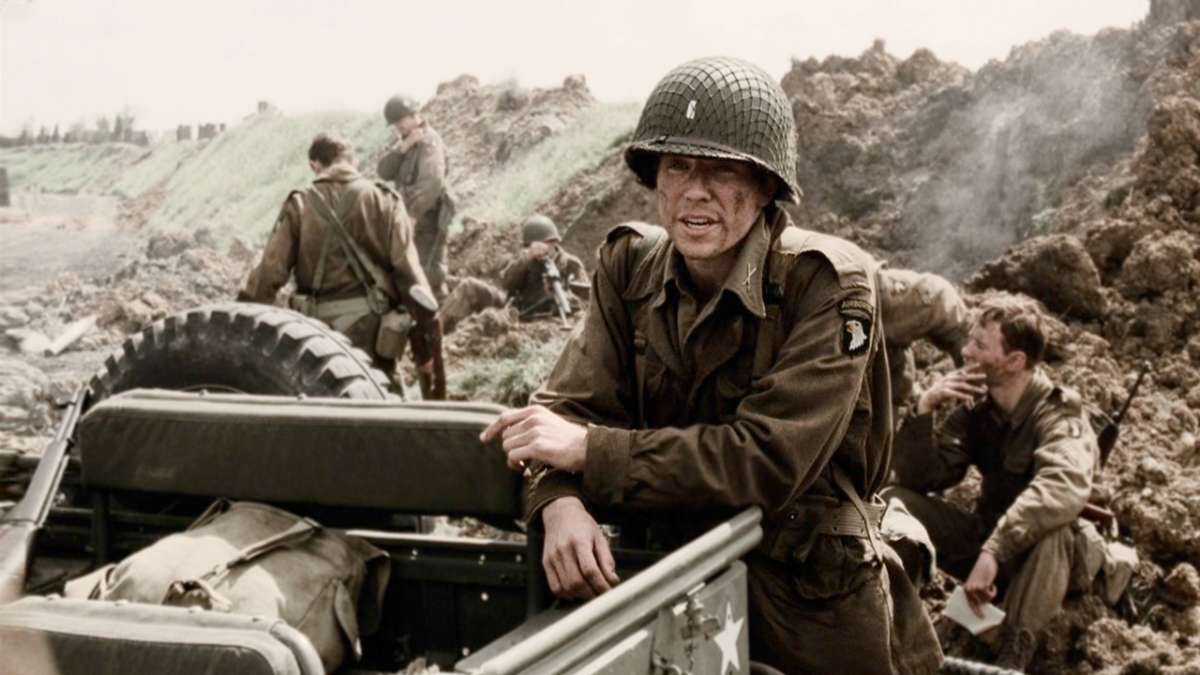 Now that we’ve given the actors props it’s time to talk about the props themselves. And the sets.

The set design in Band of Brothers is so well done that I genuinely didn’t know whether it was filmed on location or all in the same place. It would have made no sense, economically, for them to go to each country just to shoot on a set, yet for some reason, I thought they did. That’s either a sign that the replica sets they used were incredibly detailed and authentic or that I’m a bit of an idiot. To be clear, it was a mix. Many of the episodes were shot in the UK, while the scenes in Germany and Austria were shot in Switzerland.

Despite shooting many of the episodes on sets in the UK, they manage to create a unique, specific feel for each location. The scenes set in France feel French and the scenes set in the Netherlands feel Dutch. It’s not just generic Europe for each set. It’s also not just a signpost and flag that differentiates the sets, it’s the attention to detail of the buildings, the walls, and everything in between. It really adds to the immersion.

As I said, the ending in Austria was shot in Switzerland, which you can sort of tell, because not even Disney’s new virtual set can make the UK look like that.

What the Nazis and Japanese did in World War 2 was so atrocious that it’s not difficult to spot the good guys from the bad guys. Throughout other wars in history, it can be more difficult to do this. And the problem is: life is a little less black and white than that. It’s very easy for filmmakers to turn the Nazis into caricatures of evil (which, to be fair, many of them were) and some of the best movies ever made have done that e.g., Schindler’s List and Come and See.

And it’s one of those things that I wouldn’t argue with. However, it’s refreshing to see them not go down that road here. And at no stage do they suggest what the Nazis did wasn’t horrific, they don’t suggest that they were good by any means, but it makes the case that many of these soldiers were just that – soldiers. Some didn’t even know what it was they were fighting for. Many were simply fighting for each other, the same as Easy Company.

That’s why the comparison between Easy Company and the German soldiers near the end is such an important scene. It’s also worth appreciating that it doesn’t shy away from what the Allies did. It shows US soldiers executing prisoners of war. It shows the Dutch shaving the heads of the women who were with the Nazis. It doesn’t try to make them out as caricatures of good guys.

Too often war films will have a cheesy added part where the Allies soldier is about to execute a POW, but then another soldier puts his hand on their shoulder and says, “No, don’t do it. We are not them.” And then they salute each other, while the American National Anthem plays over the credits. And I appreciate that there isn’t too much of that nonsense. 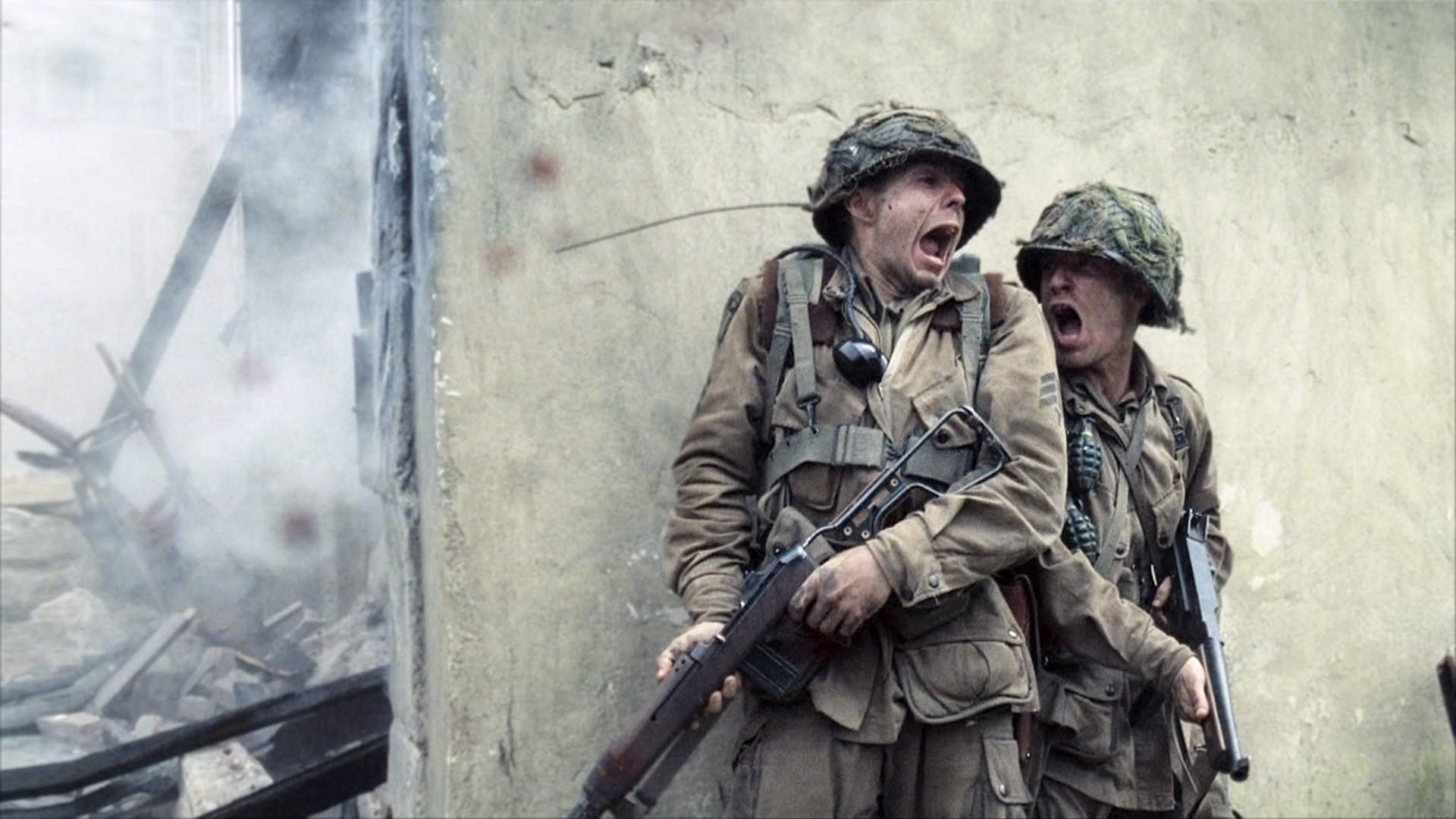 The shaky camera in the middle of the action adds a documentary style that makes the action feel more real. It’s brutal, bloody, and uncertain. Again, it’s historically accurate. From the sounds of gunfire and bombs to the tactics, the combat scenes were made to seem as real-to-life as possible. They did this by flying over World War 2 veterans to advise on the tactics, the weaponry used, and the combat scenes.

Nobody lifts a dead soldier up with one hand and runs across an open battlefield with him Rambo style (Hacksaw Ridge). The American soldiers don’t all die in slow motion to piano music while their enemies are destroyed and blown away (Black Hawk Down). Maybe the bar is low for authentic war combat, but Band of Brothers does an excellent job capturing it.

And just think about the scale of the combat scenes for a TV series. With a budget of 125 million, they certainly didn’t hold back. And this was before the era of Game of Thrones, when TV shows started getting huge budgets. They used more pyrotechnics in the opening three episodes than they did in all of Saving Private Ryan. And sure, we’re comparing three hours of TV to two hours fifty of film, but keep in mind the first episode of Band of Brothers is not exactly explosive.

Any decent war movie centres around a pretty obvious idea – war is bad. The idea is usually to show the toll it takes on the people involved, that is, the soldiers, the civilians, and just about anyone in the area. Some films do it by having a character look into the camera and say, “War is hell.” Others show it through the deterioration of the characters physical appearance, e.g. Come and See. There’s a nice mixture of this in Band of Brothers.

Episode 7, aptly titled The Breaking Point, Is probably the best example of it in the series. This is where we see the characters – with whom we’ve spent 6 hours with at this stage and have grown to care for – begin to really feel the effects of the war. The loss of friends, limbs, and hope becomes more widespread. It is perhaps best shown through Buck, who becomes a shell of himself by the end.

It adds to it having the real people speaking at the beginning of each episode, reminding us that these are real people and that the effects of what they went through live with them right until the end. It’s an honest showcase of friendship and brotherhood within the army, but it is far from a glorification.

This is where it benefits from being a mini-series, because it is much harder to create this relationship between the viewer and the characters in a single film. Not impossible, but a lot more difficult.

To summarise, as far as I’m concerned, Band of Brothers still lives up to the hype. Is it the best TV series ever made? That’s up for debate. But it’s certainly up there with the best of them.

Article by Seán Dalton | Author Bio: Seán is an Irishman with a love for movies of all genres and styles. He first fell in love with movies after seeing 2014’s Interstellar but grew to truly appreciate them when he first watched 1957’s 12 Angry Men. Despite attempts from Woody Allen movies to make him hate cinema, his enjoyment for movies lives on. In 2018 Seán co-wrote the book Clownbound: Take Me to the Circuits before co-writing The Absolutely USELESS Guide series in 2019. Now, for some reason or another, he’s here to give his opinion on all things movie related. Follow him on Letterboxd.