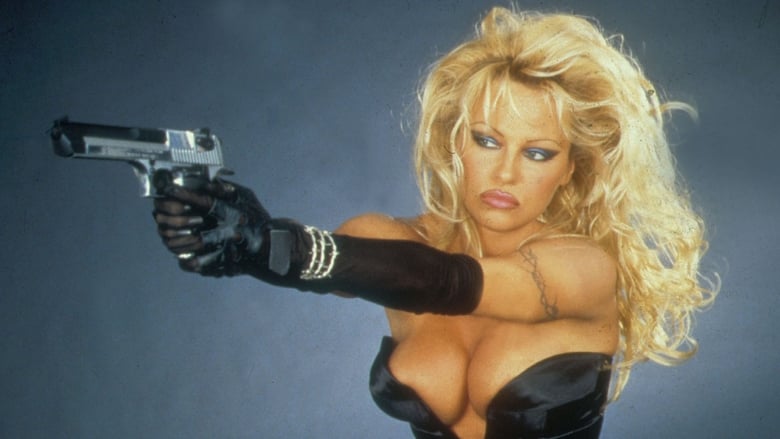 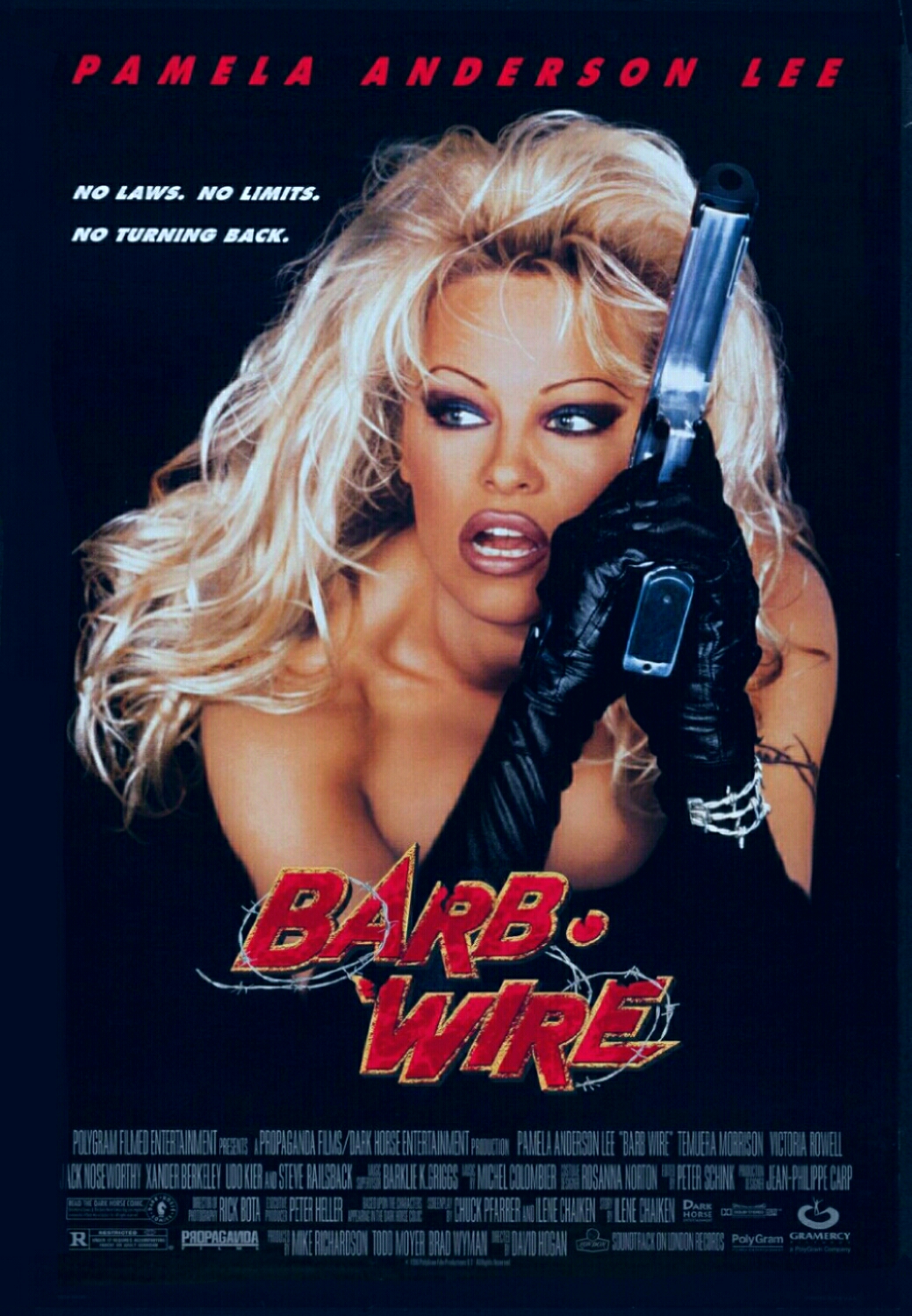 Pamela Anderson tried to diversify her acting activities beyond Baywatch into the movie business, and Barb Wire was supposed to help her make a big step in this direction. The film was based on a Dark Horse comic series, and it came at the right time. The 1990s secretly were the golden decade of comic book movies after all with eternal classics such as Blade, The Crow, Judge Dredd and Tank Girl. Alas, Barb Wire was mercilessly shredded by critics, tanked at the box office, and closed the chapter of a high-profile movie career for Anderson. But at least she gave us a wild and sexy actioner, that we’ll examine in this article!

In 2017, the US is ravaged by the Second Civil War. Barb Wire makes a living as bar owner and bounty hunter in the last free city, Steel Harbor. Her ex-lover and former brother in arms walks into her establishment one day with secret information about a devastating bio-weapon, and seeks her aid with escaping to Canada. Wire agrees to help, and gets caught in a crossfire between criminal gangs, the police and a government torture squad.

If one more person calls me babe…

I guess there are two ways to watch this film: the first one is to enjoy Anderson’s lascivious outfits and poses. Now that I’m a bit older I can resist my primal urges from time to time, so we go with the second approach: enjoy it as an action film. The oversexed opening sequence and a weird torture scene with an orgasm machine shortly thereafter will make you wonder if we have descended into lowest realms of exploitation cinema. The film thankfully turns around quickly, and becomes a lot more watchable.

Barb Wire shares some similarities with Casablanca, but this is really not an important aspect, as both films couldn’t be more different in pretty much everything except a few common plot hooks. If you’re watching the film for Anderson’s cleavage, you can switch it off safely after the first five minutes, there are no sex scenes and only very occasional half-nudity after that. She retains her sex appeal throughout the film, but this is not the only thing she brings to the table. Her character is a legitimate bad-ass heroine, who is surrounded by misogynistic men. Thankfully she violently disposes of them whenever the opportunity arises. 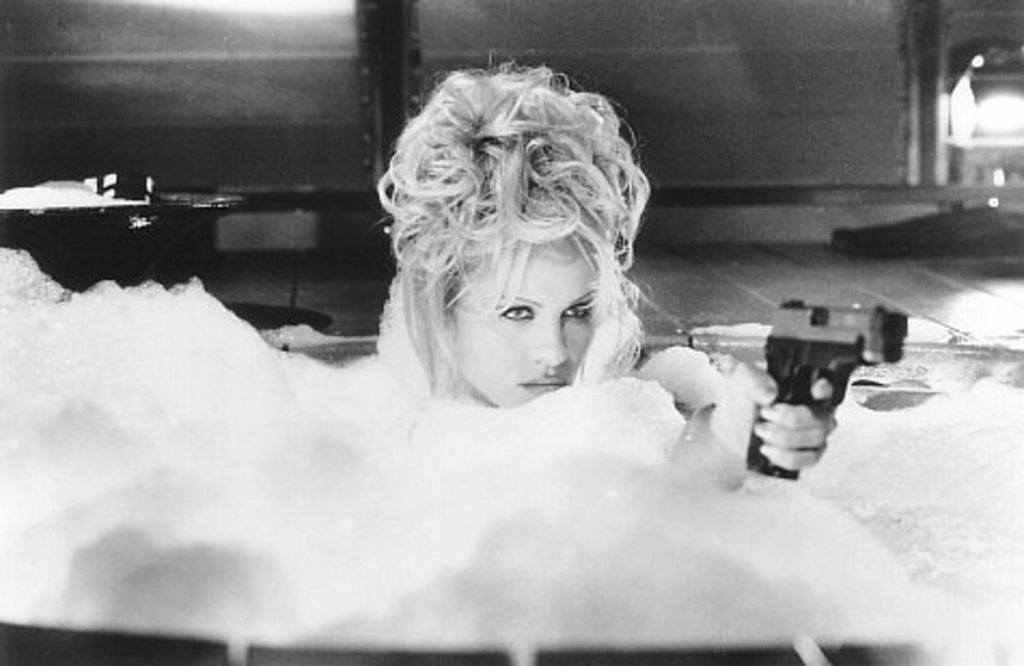 All other female characters are equally strong, and most of the male protagonists are power- or money-hungry crooks. Barb Wire is miles away from Tank Girl‘s (at the time) radical feminist stance, but there is a certain ambiguity in her character which makes it interesting. Is the film sexist, feminist, or something else altogether? I say decide for yourself.

Anderson’s performance is not Oscar-worthy, but she’s doing a pretty good job at being a tough action hero, and her earnestness makes delivery of the numerous cheesy one-liners all the more compelling. And bad acting never prevented us from hailing the likes of Van Damme and Seagal for their performances.  The supporting cast is pretty awesome too, composed of actors graced with this charisma and looks that are perfect for comic-book adaptations: Steve Railsback, Clint Howard, Xander Berkeley, and above all Udo Kier, who is as charming and mysterious as ever.

I will rip your heart out of your ass and stuff it back down your throat!

Some funky cybertech gimmickry like dream- and thought-reading machines, retinal scans and digital hygiene cards for prostitutes round off the campy vibe. The film is crafted very well, with great costumes, atmospheric locations, and a stylish cinematography in the action sequences. Even the plot is not that bad, and the action is not just an end in itself, but properly embedded into the story.

The film is admittedly a bit sparse on big action set pieces until the big finale, but has a few shootouts and brawls in its first hour. When Wire’s bar is descended on by the police, we learn that in the future a search warrant means you bring in a squad of brutes with sledgehammers for a thorough investigation. Anderson’s physical performance is impressive – with lots of shooting and punching – considering she does everything with four inch high heels and a tight corset. The final showdown is 35 minutes of vehicular carnage and explosions, with the apex being a crazy fight on a forklift that is dangling on a crane 300 feet above ground.

Barb Wire is how I like my comic book movies: silly, violent and action-packed!

Haymaker: A Love, Drama and Action Debut by Nick Sasso