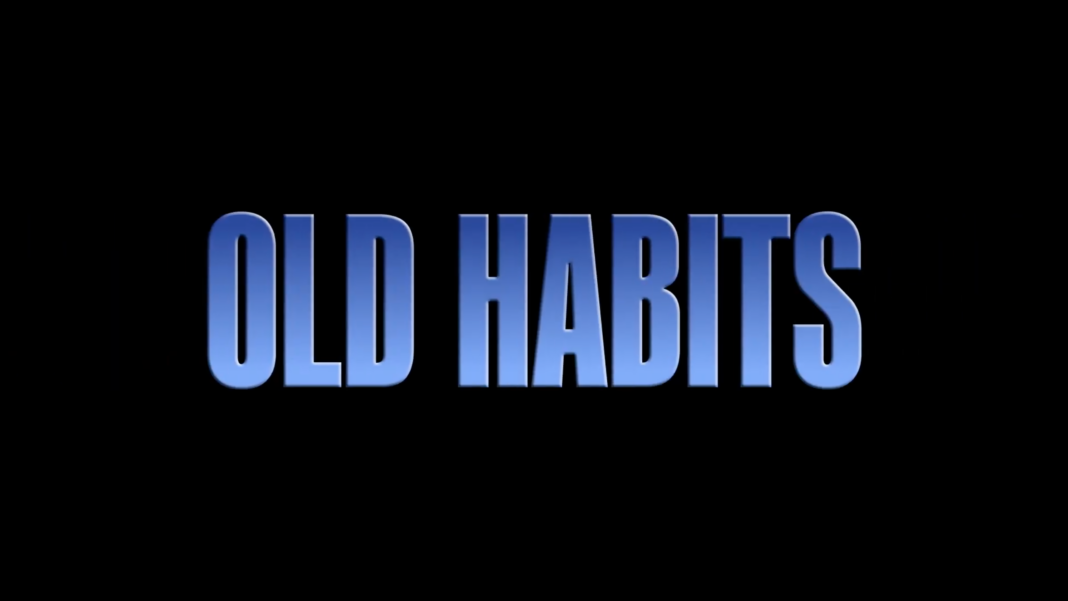 A teaser dropped on Christmas Eve, 2020 for an action project that felt warm and strangely familiar as it featured some standout Die Hard traits. 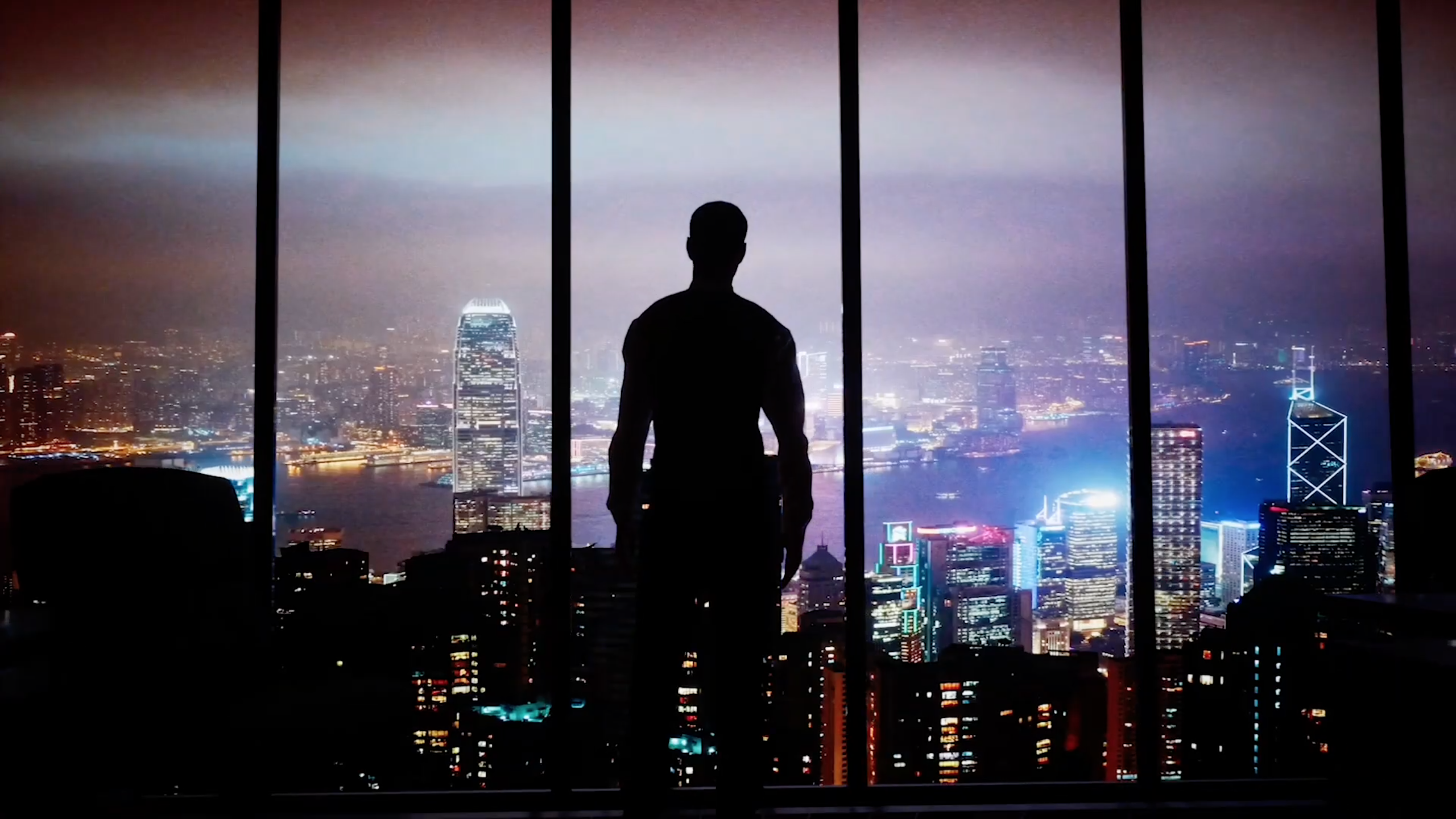 Why is this significant? Because acclaimed Die Hard 6 screenplay, ‘Old Habits Die Hard’, is set in Tokyo.

Three Tweeters, who we’ll get to in a moment, posted the teaser trailer simultaneously with the exact same wording.

This ‘Old Habits’ appears to be a fusion of three exciting beasts of action. A combination of the ‘Old Habits Die Hard’ screenplay, the novel ‘Old Habits’ and the unfortunately shelved 2007 ‘McClane: Die Hard 24/7’ television show set in the 70s; all written by British writer Ben Trebilcook.

Despite the holidays, we reached out to Trebilcook to ask him about that show and a couple of other questions on Old Habits.

UAMC: The ‘McClane: Die Hard 24/7’ show sounds interesting. Are you able to tell us a little more about that? You wrote it in 2007, is that right?

Ben Trebilcook: I did. Friends back then worked at Fox’s FX Channel. FX had some great shows and I was in their offices a lot. I had a few meetings with their lead guys about a show I had written, called ‘McClane’, then it changed to ‘McClane: Die Hard 24/7’.  It centered around a young John McClane, when he became a New York Police Officer in 1977, looking into his family and how he met his wife, Holly, with a backdrop of what was happening in New York and around the world at the time and with an opening and closing narration, hoped to be voiced by Bruce Willis. Over time we developed it and we agreed it was ahead of its time. Some believed McClane shouldn’t be a hero as a rookie cop, which is absolutely true, he shouldn’t and wasn’t. It was pitched back then as NYPD Blue meets the Wonder Years with an action set piece in each show, but not necessarily featuring the McClane character. 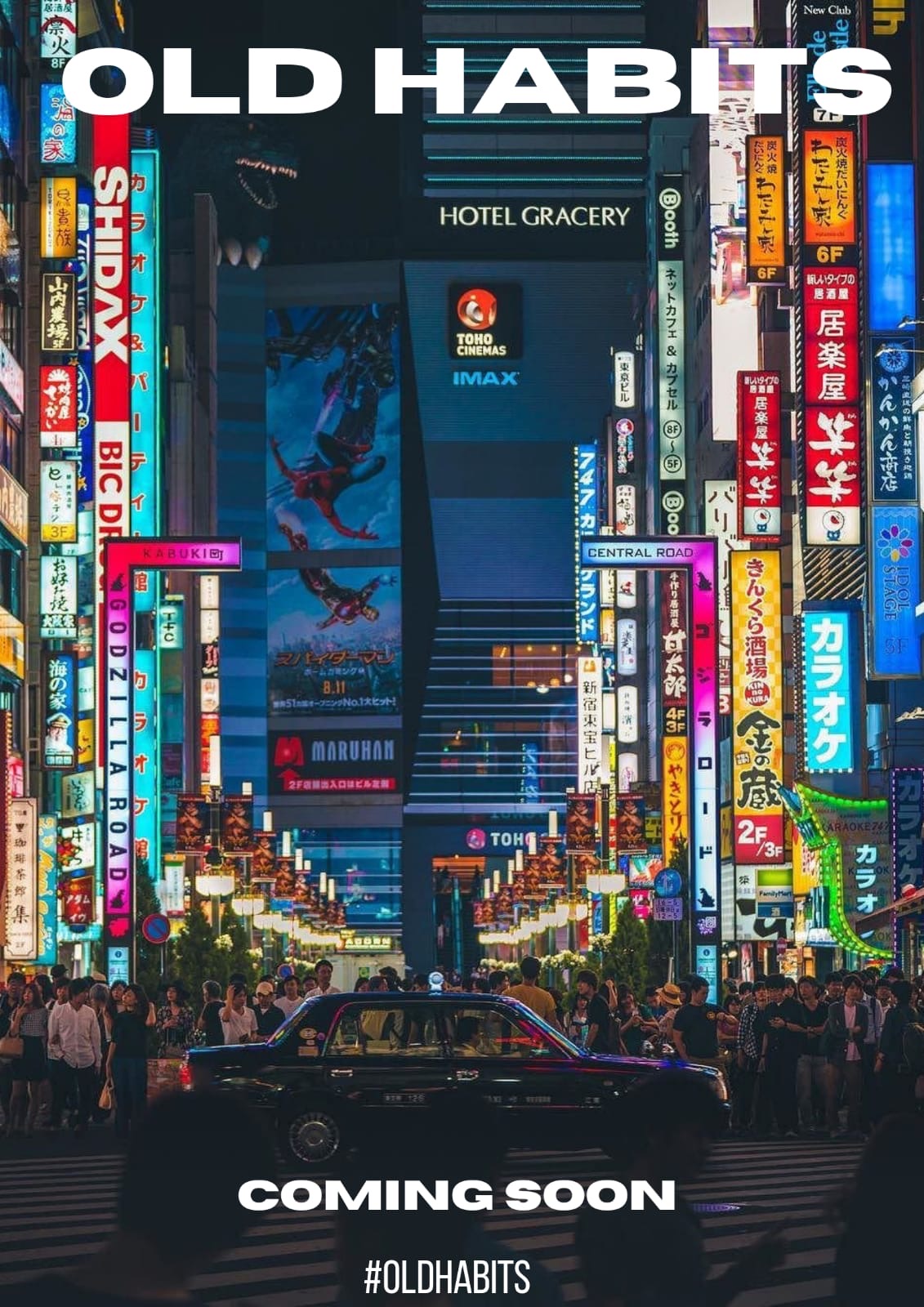 UAMC: Did any other characters from Die Hard feature in it?

Ben Trebilcook: Holly, of course and we had a young Samuel L Jackson starting his electronics business and what made him the man he was. There was an episode with a very young Argyle, too. I’ve family and friends in the New York Police and they helped me a great deal.

UAMC: What happened to it?

Ben Trebilcook: Good question. It should have been pushed. It went to a few heads in the US and in Europe. It would still make a great show. The first episode was set during the frightening blackout of 1977. Every crime imaginable took place that night and McClane was in the middle of it. A lot of that episode ended up in my Old Habits novel.

UAMC: Who was discussed as a young McClane back then?

UAMC: So, a recap on the Old Habits Die Hard script. It’s has John McClane being invited to Tokyo by the Nakatomi Corporation to commend him for his bravery of the first movie, is that right?

UAMC: And he takes Zeus Carver with him?

UAMC: That makes sense. I mean, you go through a traumatic time together. I could see them remaining in contact. From other movie chat shows, we know other characters make appearances and that there’s a ton of yakuza, too, right?

Ben Trebilcook: It’s of course a homage to the first, but also my love of Far East action movies, especially from Hong Kong, Japan, Vietnam and Korea. It’s set in a smart building at Nakatomi Grand Plaza. A Westerner like McClane couldn’t be any more of a fish out of water, the customs and culture, the technology and weapons. It’s full on action. It was set for the thirtieth anniversary, but he could be commended for the 35th or fortieth. The older McClane is, the more reluctant he’d be, the more reluctant, the higher the stakes and increase of stress. He has to do what he feels is right. 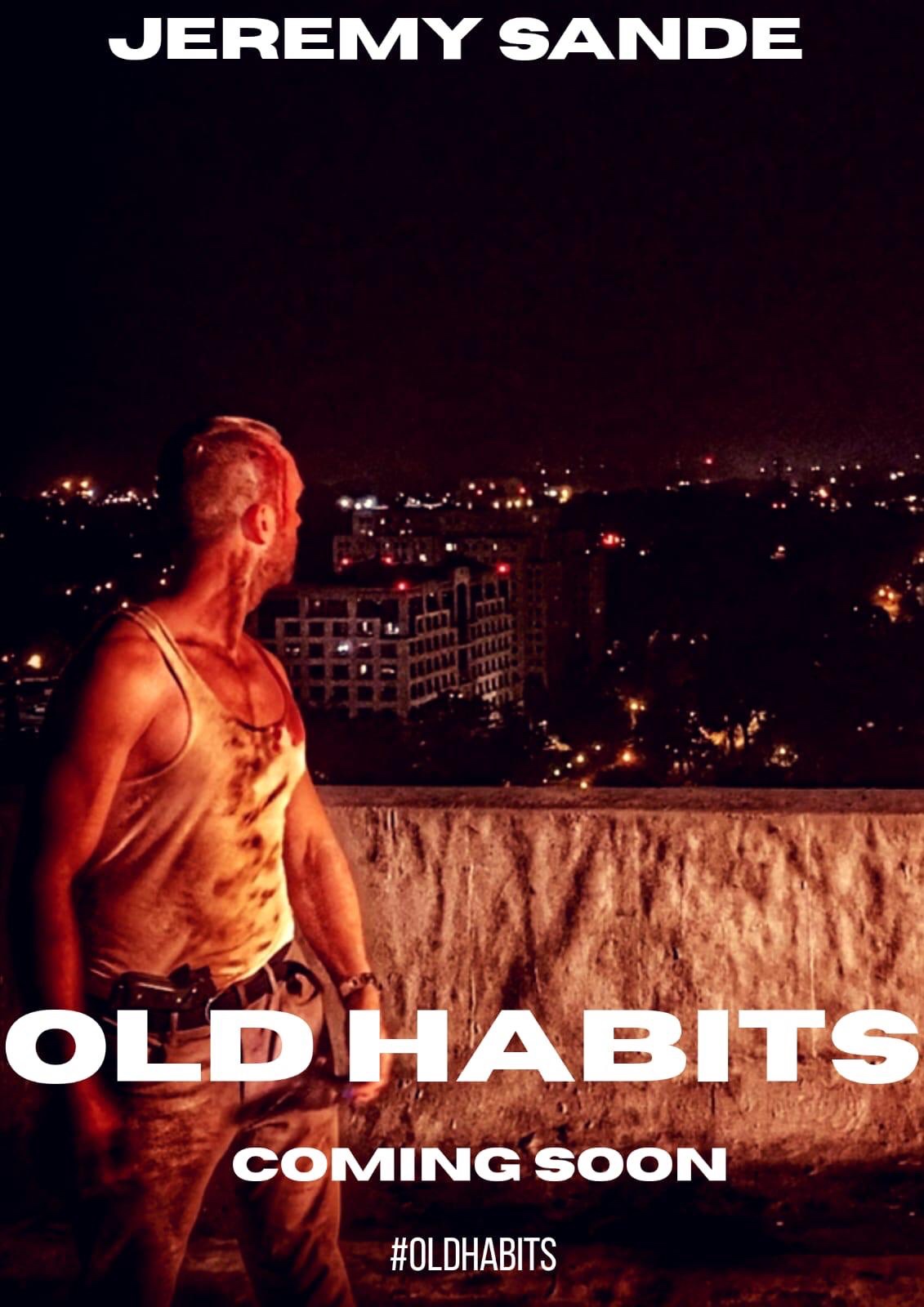 UAMC: So, that script became an original novel in Old Habits?

Ben Trebilcook: Yes. There’s a few reasons it had to get out there quick, in book form, hence a few editing errors in some formats. The German version (Sterben Langsam) is great, however, ironically.

UAMC: And what are you able to tell me about ‘Old Habits’?

Ben Trebilcook: Well, a wonderful producer and director called Brian Trainor called me up and asked if anyone was attached to my book and if he could do something with it. I said there’s nobody attached, but if you’re going to do something, look up a great actor called Jeremy Sande first. Brian was aware of Jeremy and the three of us struck up a great friendship and I let them do whatever they wanted to do.

UAMC: So, your original characters, but one could see who’s who if they’re a Die Hard fan?

Ben Trebilcook: I’m sure they could tell. 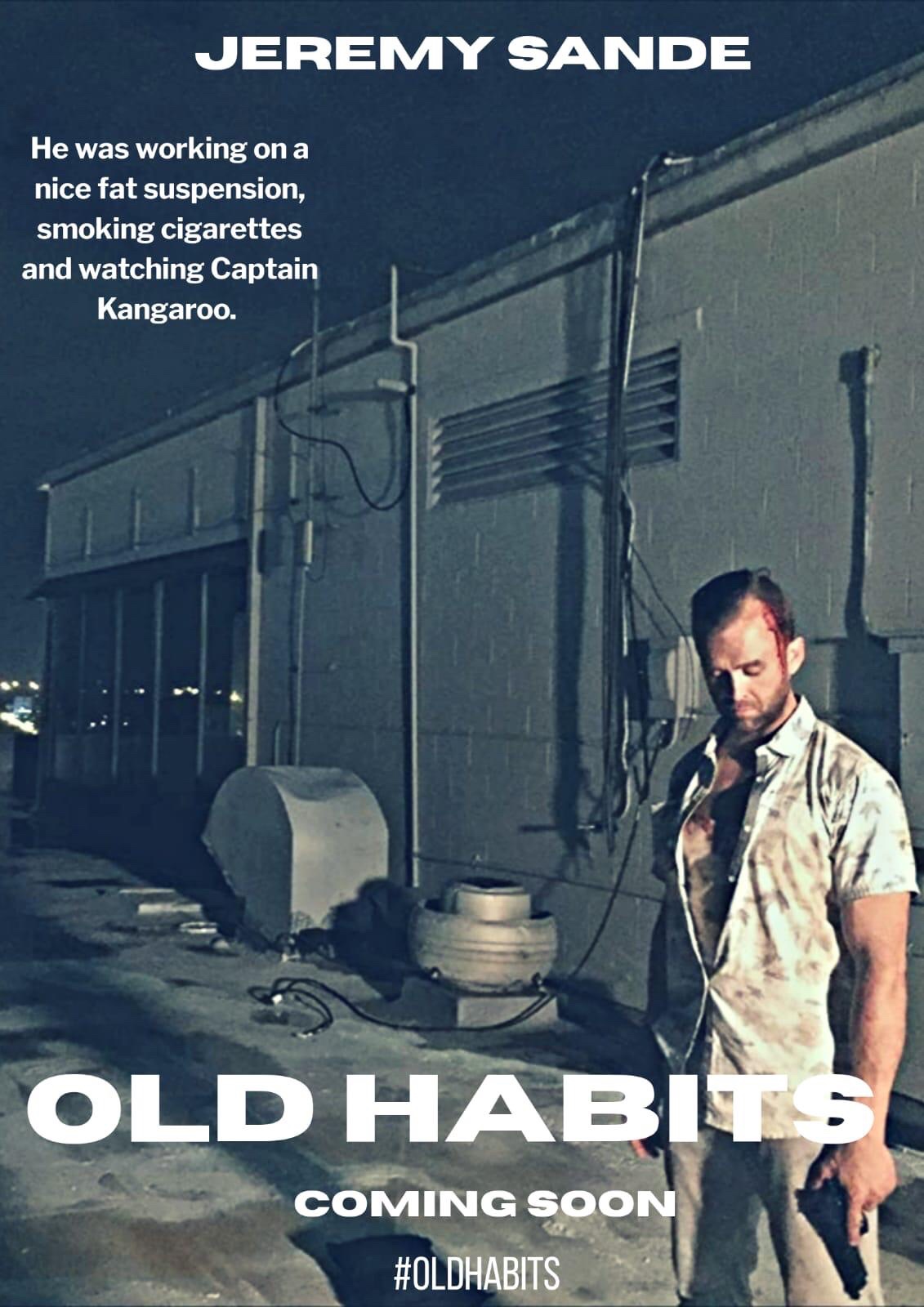 UAMC: And is it just a trailer or is it a movie or a short?

Ben Trebilcook: I’ve been told that it’s a big ‘project’ based on my Old Habits novel.

UAMC: OK.  So, the ultimate for us is to see Old Habits Die Hard get made, maybe this could turn a few Disney heads or even Willis’?

UAMC: The McClane show would be a good Disney + show for them now. Thanks for your time and we wish you a happy 2021.

Ben Trebilcook: Thanks, guys. Happy trails, to you.

And so, Old Habits, has Joe Brady walking his first beat as a New York Cop during the NYC blackout of 1977. Forward 40 years and he, like McClane, from the Die Hard Six script, goes to Tokyo with Janus (Zeus) and encounters just about every type of crazy from the criminal underworld; from low level thug, to bikers and oyabun yakuza bosses. Throw in a couple of familiar Europeans hellbent on revenge and you’ve got yourself one hell of an action vehicle.

We’ve learnt over the years from other articles on Trebilcook’s Die Hard script that the Grubers return  in the guise of ‘grandpa’ Frederick Gruber, the father of Hans and Philip Gruber, the son of Hans. Trebilcook stated once that Schwarzenegger would be a great villain, but who could be the son of Hans?