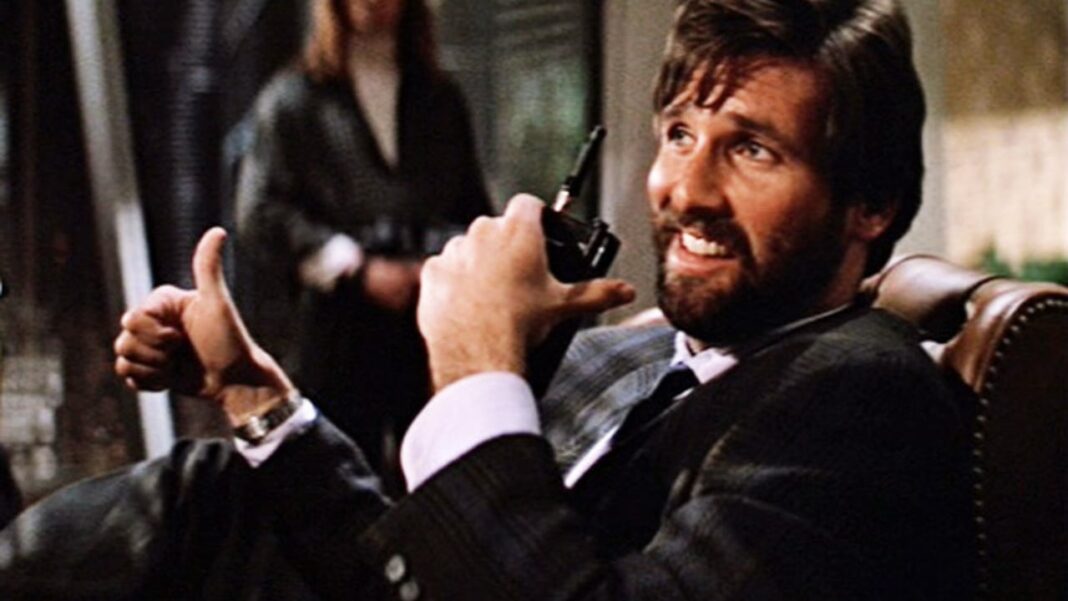 Did you catch the whole thing with the watch in Die Hard?

Like many members of the Ultimate Action Movie Club, I’ve probably seen Die Hard well over twenty times or so. It’s a great Christmas and holiday classic, of course. And on top of that it’s a Top 10 overall selection on our UAMC Top 100 list.

But for the ultimate life of me, as many times as I’ve seen Die Hard, I never caught this little gem that was pointed out to me by the most unlikely of places. Mac from It’s Always Sunny in Philadelphia…

It took watching Die Hard 23 times before I noticed something incredible. The way John releases Hans’ grip from Holly’s wrist is by unlatching the watch that Ellis gifted to her and mentions to John as a smug flex. A perfect movie made even more perfect. 🤯

The watch which John McClane unlatches from his estranged wife Holly’s hand to famously cause Hans Gruber to fall to his demise is the same watch that was mentioned earlier in the film! Pretty cool, huh? Let’s dive in further to really trace the ultimate significance…

I’ll be honest, Harry Ellis is quickly rising on my favorite bit part performances in action movies as everytime I watch Die Hard his coked up yuppy sales guy routine I love the man more and more. Portrayed by actor Hart Bochner, it’s almost as if his face was born to twist into that cocky, aggravating grin.

As you can see above, in a rather important scene for other reasons as John and Holly are finally reunited face to face after much back and forth in the opening of the film, Harry Ellis is the force trying to push his way into the frame and keep things about him.

Perhaps the reason I never quite put this together – and as many an astute action fan might have missed this as well – is because we don’t actually see the watch in this scene. It’s just mentioned by Ellis as an “appreciation for all her hard work.”

However, the scene is really about John and Holly, and we’re pretty much ignoring everything Ellis says the same way they are. Which is awesome, as it really puts the two on the same plane so to speak, while setting up Ellis as being an example of how her career has perhaps come between them.

Also, for the record, I love how Ellis’ voice squeaks when he says “well GO ON, what are you embarrassed.” The man just did several bumps (in front of a cop no less) and is already full of the holiday buzz. Just great stuff, ha.

So, how does this all come together? Well, as our sleuth Rob McElhenney points out, in one of the greatest final showdowns of all time that culminates in Hans Gruber dangling out the window of Nakatomi Plaza while grasping Holly by the wrist, John reaches down to unlatch Hans’ grip.

To be honest, the fact that he’s unlatching a watch never really connected with me as anything at all. It might as well been a hair tie or just simply him holding her wrist. And since we never actually saw the watch from before, it’s not presented as much.

However, in slow motion. And with those great last second faces by Alan Rickman where you can watch his bloodlust turn to terror, it’s that damn rolex that is the final death knell. Which, for the purposes of the love story between John and Holly, it finally breaks the impasse between them of Harry Ellis and her career.

(Although, for the record, I’d probably be in the camp that John McClane shoulda moved out to Los Angeles to support his wife and her clearly very lucrative career over his gritty New York cop beat. But we’ll save that for another article.)

7 Examples That Prove Stallone’s ‘Cliffhanger’ is Just ‘Die Hard’ on...