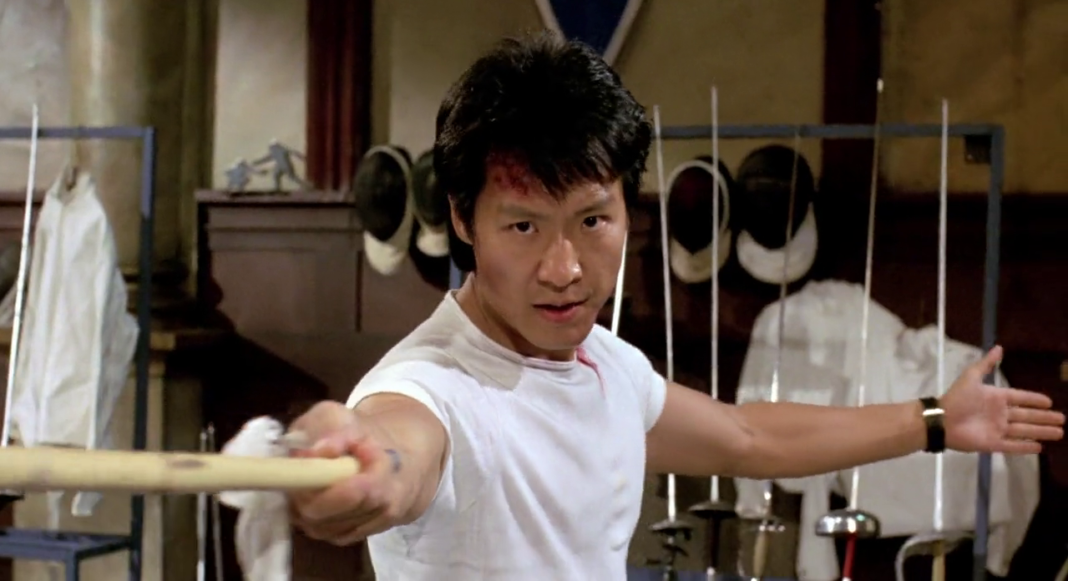 Phillip Rhee ceremoniously wraps up the classic martial arts franchise with Best of the Best 4: Without Warning (1998). 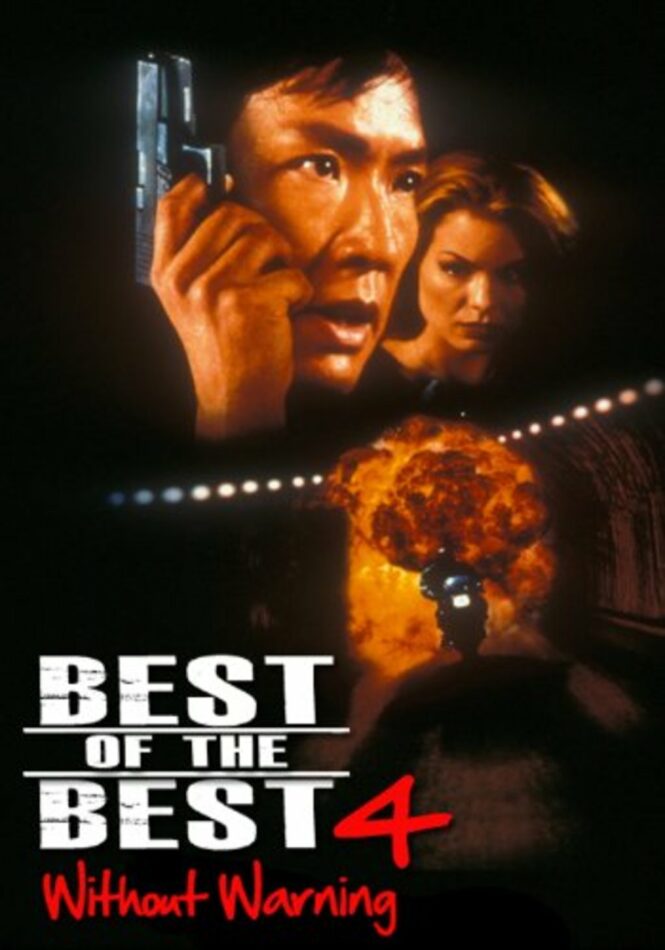 I love the Best of the Best franchise to death. It gets crazier and takes on many different forms as it goes along. The first, featured an all star cast as a karate team competing in a tournament.

The 2nd turned into your underground ‘Bloodsport’ style film. The 3rd, which I reviewed for you UAMC readers previously, was Rhee’s first crack at putting the franchise on his back and taking on a group of white supremacists. And now, we get to the 4th and final installment: Without Warning.

Phillip Rhee is Ultimately the Best in ‘Best of the Best 3: No Turning Back’

Phillip Rhee in the last portrayal of Tommy Lee

Phillip Rhee returns as Tommy Lee. That’s about all the connection we have to any of the previous entries. In this one, he plays a widowed father with a young daughter. He is now spending his time teaching self defense techniques to the local police department.

The beginning of the film probably spends a little too much time on the bad guys, but rest assured, there is plenty of awesomeness to come. On bad guy duty, we have a very interesting leader, played by an underrated actor that is most known these days as an icon in the horror genre for his work in the Saw movies. I’m talkin’ about Tobin Bell.

Bell and his crew are a group of Russian mobsters who steal a large supply of paper for printing US currency. When one of the mobsters decides to bail and turn themselves in… they get shot and killed, but not before handing over a disc with data on it to an unsuspecting Lee.

What ensues is a web of corruption where Lee doesn’t know who to trust. One of his best cop buddies turns on him, Lee kills him in self defense but of course the cops don’t know the whole story, so he spends the movie on the run, trying to allude both the police and the Russians.

Another Great Performance for Rhee and Co. 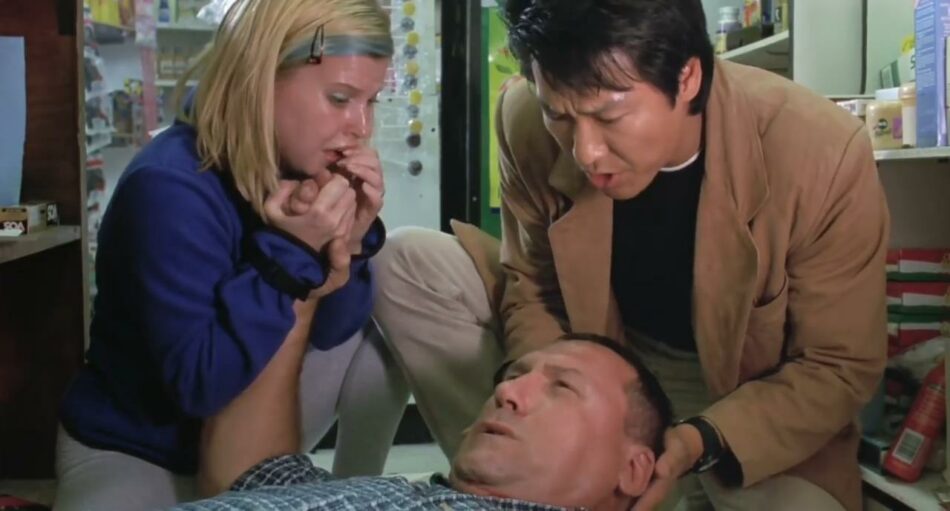 Hot on his trail is the legendary Ernie Hudson (Ghostbusters/The Crow). I love this guy in everything he’s in and as usual, he brings his star power as he chews it up every time we see him. We first see him as a hard nosed asshole, one that you don’t know if he is dirty or not till late in the game. We do get to see an alley fight between himself and Lee (Rhee). Their interactions and cat and mouse game makes me wish they did another movie together.

Rhee certainly brings it in the fight department. He is a 7th degree black belt in Tar Kwon Do and he just looks effortless as he executes his lightning quick moves. We get fight scenes in a grocery store, his apartment where he takes a page out of Jackie Chan’s playbook, using the environment to his advantage and it doesn’t let up one bit.

The standout fight would have to be this epic scene where he enters a gym and takes on a room full of baddies with kendo sticks. Fellow die-hards of these kind of flicks will find this reminiscent to ‘the ‘the gauntlet’ scene in Wincott’s Mission of Justice.

Flashes of Ultimate Action Past 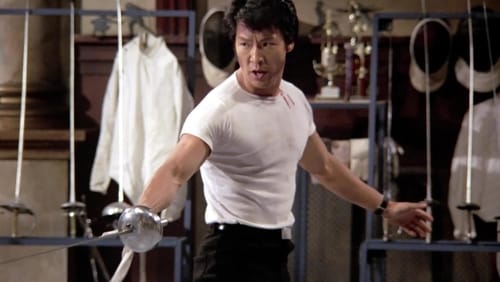 There is also a really cool chase scene that ends with Rhee on a motorcycle, sliding under a big oil truck. The finale is a fun one at an airfield… just as they are about to get away, Rhee throws some explosives onto a plain as it’s in the air. Their last words…”what was he carrying?!” …BOOM!

Paul Gleason (Die Hard) as a preacher, Art LaFleur (Cobra) as the grocery store owner and as a henchman, Sven-Ole Thorssen (Hard Target/On Deadly Ground/The Bad Pack). As well as Chris Lemmon (Land of the Free), Jessica Collins (Leprechaun 4: In Space), joining in on the fun along the way.

This seemed to be a bit of a passion project for Rhee as he did the screenplay, was the director and one of the producers as well. While Without Warning might not be as good as the previous entries in the franchise, there is still a lot to like about it, with a lot of faces getting kicked in the process! Still a must own for 90s martial arts fans if you can track it down!