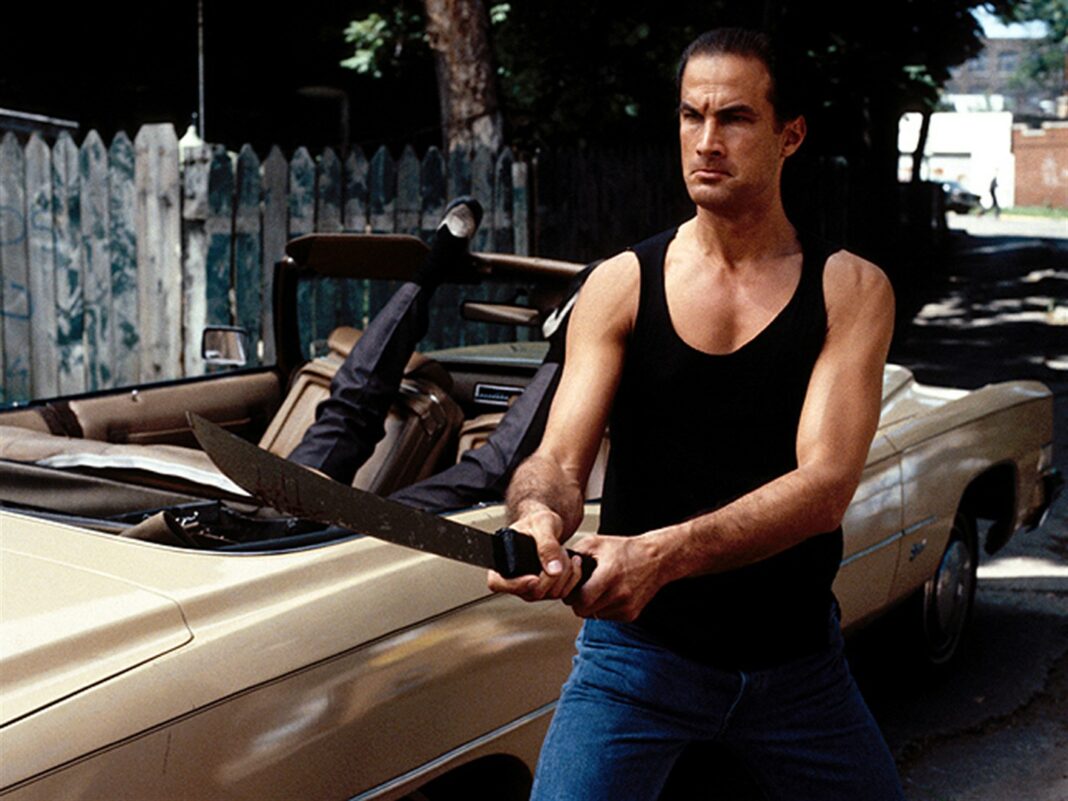 How Seagal rocked the action movie world with his acting debut in Above the Law (1988). 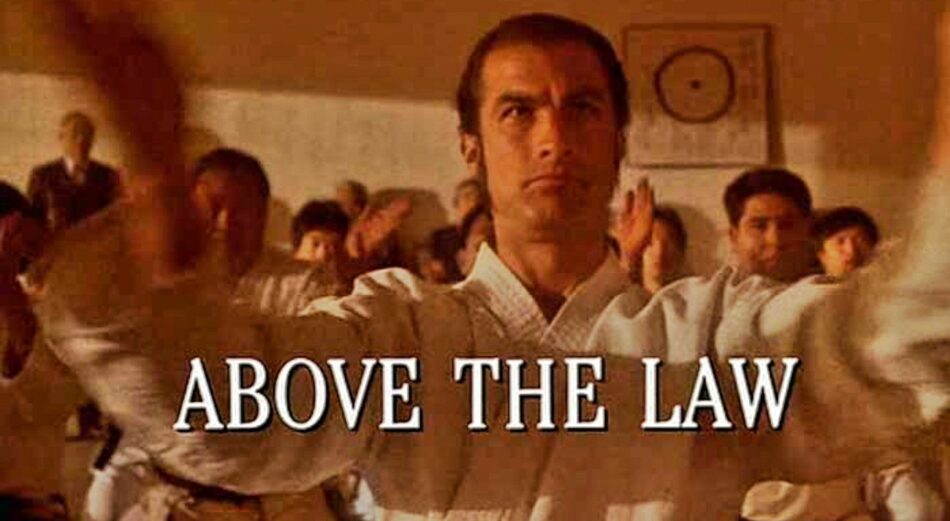 The rock n roll world was changed when Guns N’ Roses released Appetite For Destruction in 1987. A year later in 1988, the action movie game was shook when Steven Seagal made his on screen debut with Above the Law.

Above the Law combined the crime thriller that legends like Bronson, Eastwood and Norris made popular, but took it to a whole new level in terms of sheer brutality and violence. Giving us a new kind of martial arts hero in the process.

Who is Steven Frederic Seagal?

For Seagal’s first time in the movie biz spotlight, he certainly took on a lot of duties. He not only starred, but was also one of the writers and producers as well.

Just like Van Damme popularized Shotokan karate, and Speakman did for Kenpo karate, Seagal brought his own brand and style of martial arts to the forefront…Aikido.

That’s what I really like about the early parts of Above the Law, it gives you a bit of background on his character and pays respect to the art. Then the story gets going… it wastes little time setting up the rivalry between Seagal’s Nico Tascani and Henry Silva’s Kurt Zagon.

Nico works in a special operations unit in Vietnam and butts heads with Zagon, when he sees the way he does things when interrogating a prisoner for intel… or torturing for that matter. 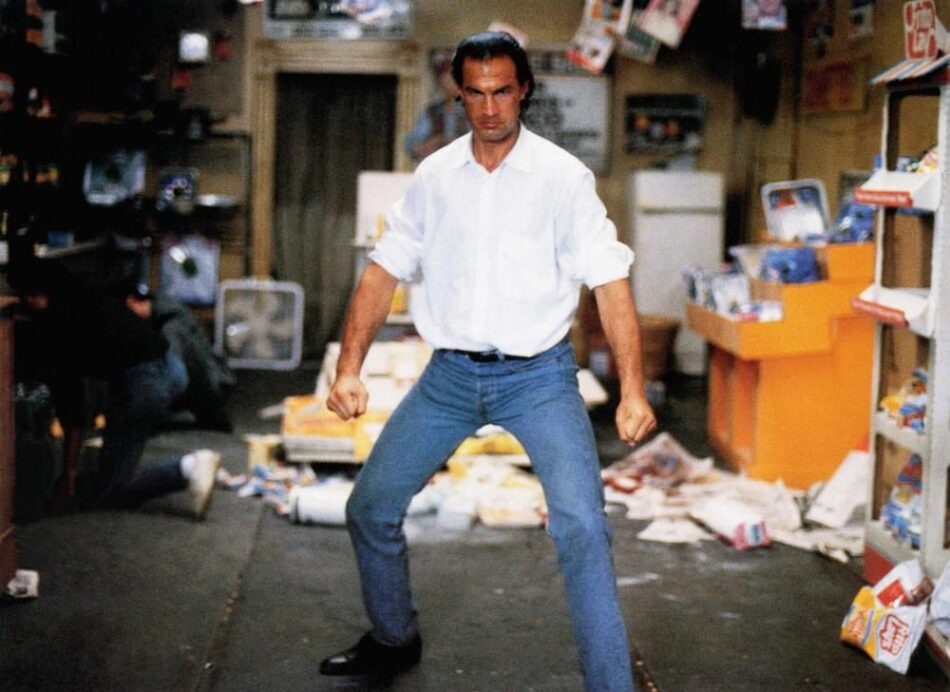 Fast forward years later, Nico is now one of the top narcotics detectives in Chicago. He is married and with a young child. His wife played by the beautiful, but a relatively unknown at the time, Sharon Stone. She would of course later go on to have a huge career, starring in films like Total Recall, Basic Instinct and many more. She doesn’t have a huge role in this, the co-star honors here go to the legendary Pam Grier (Jackie Brown/Escape From LA). She holds her own in the tough as nails cop department alongside Seagal, as she plays his cop partner.

They investigate a drug trafficking operation and it spirals down a crazy web of corruption across the board. Long story short, Above the Law is basically a blueprint on how to do a gritty, crime actioner. It may be a tad too long, as in it lags in parts, but that is only a slight knock on it, as it makes up for it when the action hits.

Seagal’s Aikido and brand of punishment is on full display. As I mentioned earlier, he certainly put his unique martial arts style to popularity and in this movie, he is at his brutal best. The fights aren’t what you would call flashy, but bloody and awesome. The sword fight in the street is especially a standout.

The villain role played by Silva is done to perfection. Definitely an evil guy you love to hate. He is not in the movie a whole lot though. At the beginning and then in the later parts. The scene where Silva and crew have Seagal beaten and bloodied, while tied to a chair is one of the most iconic scenes in action movie history. They think they have him subdued, until he breaks out of the chair, blows em away with a shotgun and proceeds to unleash the arm break heard around the world!

If this movie didn’t have enough going for it, the stars aligned in the music department as well, as they got maestro David Michael Frank. He laid down the score for so many old school action movies; Showdown in Little Tokyo, Street Knight, multiple Seagal flicks and so many more. Whenever you see his name in the credits, you are guaranteed a memorable score.

Seagal would go on to be one of the top action movie stars of the 90s. While he had other great outings, I think we have to recognize Above the Law for the important mark it made and the influence that it still has today!