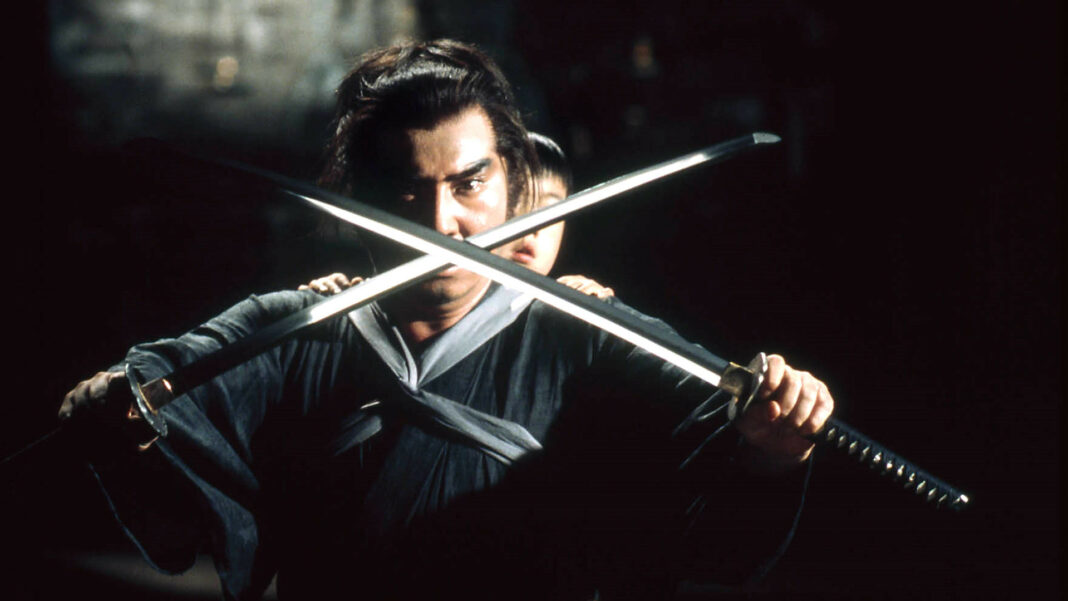 Tracing the ultimate action roots back to the extreme Samurai classics. 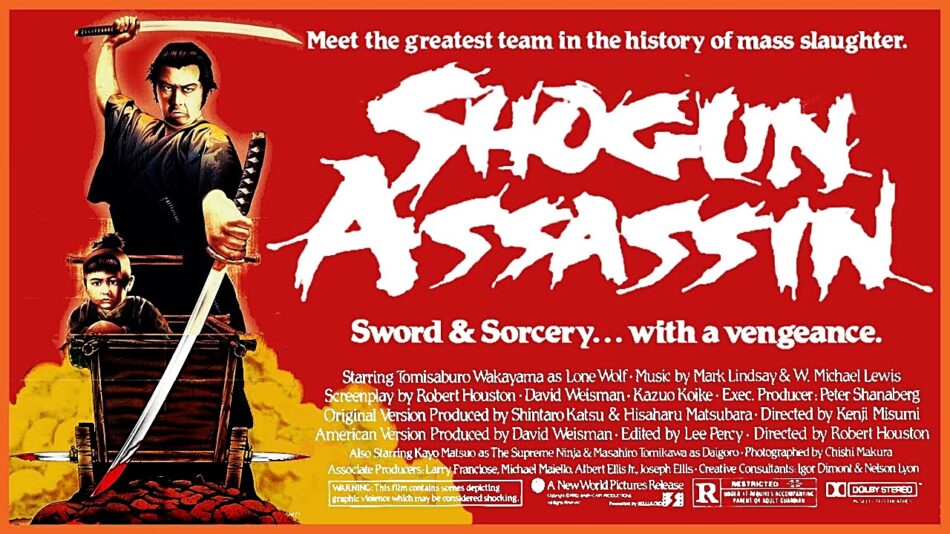 I would like to introduce all of you to the Mother F****r of all Samurai movies- 1980s Shōgun Assassin!

The movie is based on a MARGA comic, which took their inspiration from a type of play called Jidaigeki, which told tales of the samurai of the Edo period, which lasted from 1603 to 1868. They in turn inspired a genre of movies known as Chambara films, which literally means sword fight.

A series of six movies came out of this genre in the early 1970s that went by the name of Lone Wolf and Cub. The rights to these movies were purchased by American investors from TOHO Studios of Godzilla fame and they were recut into a single movie that was released straight to the grind house circuit in America with the title Shōgun Assassin.

It tells the tale of our samurai Ogami Itto who refuses to pledge a blood oath to the new Shōgun. This lapse of etiquette sees the Shōgun to send his ninjas to murder him and his family in the middle of the night. Our samurai cuts down all of the would be assassins and escapes with his toddler son, but loses his wife in all the carnage and bloodshed.

Our samurai then gives his son the choice of following him on his quest for vengeance, or joining his mother in heaven by crawling toward  either a sword or a ball. The son chooses the sword and joins his father and their quest for vengeance begins.

It sees the Shōgun challenge our samurai to a duel to earn his freedom with his greatest swordsman. When our man is victorious, The Shōgun tells him he has won his freedom, but the death warrant is still upon the head of his son. THAT SON OF A BITCH! What’s a samurai to do, but slaughter everybody in the Shoguns entourage and his lineage in order to keep his son safe.

Itto vs The Supreme Ninja 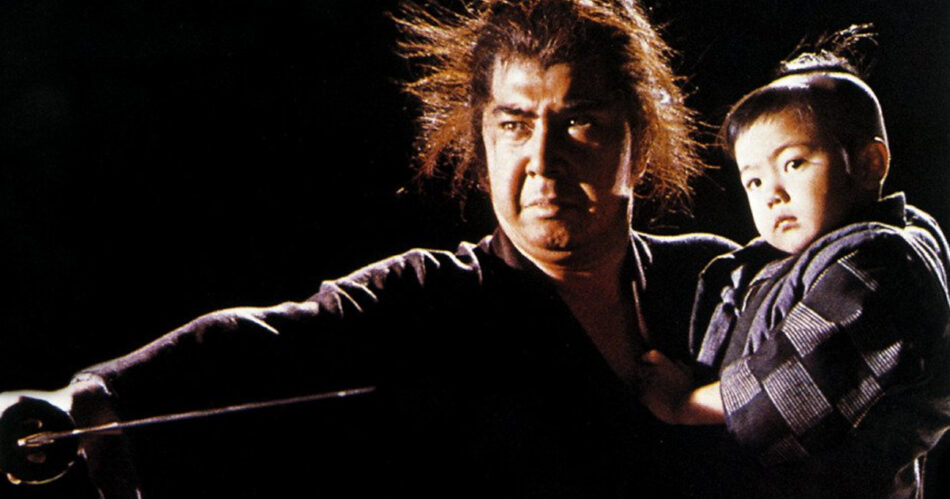 This means Itto will have to go through the likes of The Supreme Ninja, The Masters of Death and a number of fleet footed Geishas to extract his revenge. The film is narrated by the toddler, who learns to count by keeping track of the number of men his father has killed. By the films end, he can count to well over 300!

Truth be known, I’ve never been a fan of many of the Japanese samurai movies, especially Kurosawa no matter how good the sword play. The story just gets in the way of all the sword fights. But this. This is the greatest swordplay movie of all time. There are served limbs, geysers of blood, swords imbedded in heads. At one point, the child’s baby cart is pushed down a hill to waiting adversaries when the kid hits a lever and swords come out of the wheels and start loping off feet as the cart rolls on.

I think this movie was rated X for its violence and was banned in certain markets. You had to go into some pretty sketchy theaters to take this one in. Nobody even attempted to try and top this movie until QT paid it a homage with the whole first Kill Bill movie. 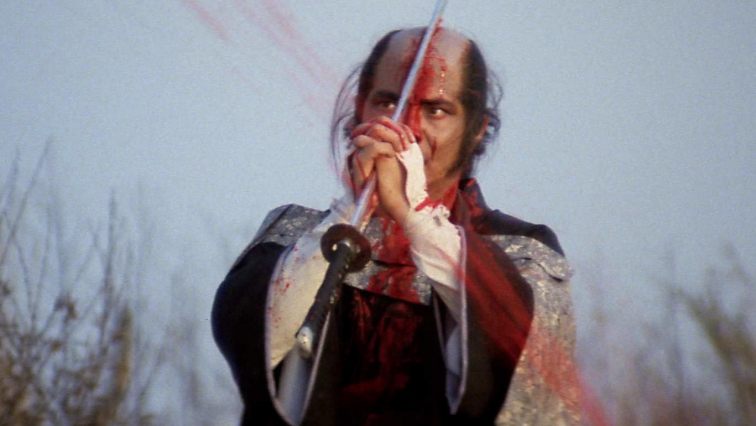 Watch this and tell me The Mandalorian doesn’t owe it a huge debt. You can also check out the original films of the Lone Wolf and Cub series in their entirety as they have been reissued by Criterion.

They go by such titles as Sword of Vengeance, Baby Cart to Hades and Peril in the Land of Demons. Or you can simply watch the cliff notes version in Shōgun Assassin – the greatest samurai movie ever made!