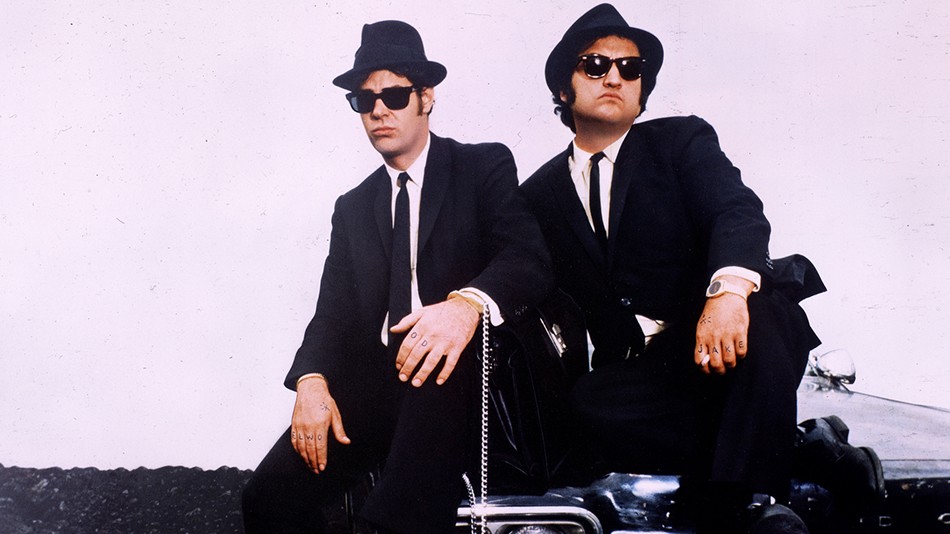 Let us examine the timeless comedy, musical, actioner ‘The Blues Brothers’ (1980) upon its ultimateness. 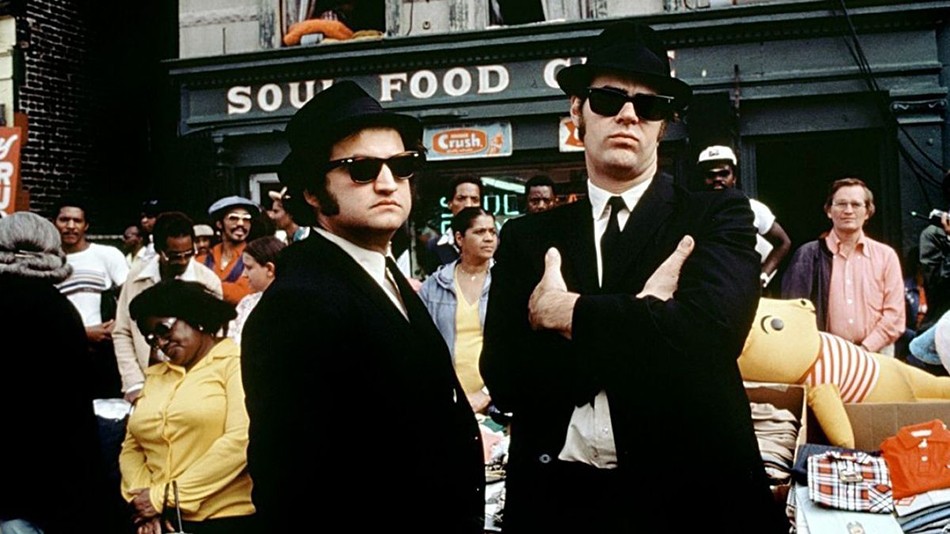 In his 2000 review of The Blues Brothers, author Kim Newman gives his reasoning as to why this now-revered cult classic underperformed upon first release in 1980: “One of the reasons The Blues Brothers didn’t immediately click is that it’s hard to work out what it’s supposed to be — a comedy, an action movie, a musical?”

The question still rings true. About the only thing people seem to agree on is that the movie is a comedic gem bound to get your feet tapping. I’ve seen some call The Blues Brothers a slapstick musical, chase movie, or even a fantasy film, given is casual attitude towards the laws of physics.

Today, I want to ask whether or not we should consider The Blues Brothers an ultimate action classic. It seems to have everything that would make it a qualifier, since one of the things it’s most renowned for are its legendary car chases. But does it really fit the bill? Let’s find out.

The story of The Blues Brothers is simple: Jake and Elwood Blues (John Belushi and Dan Aykroyd) are commissioned by the mother superior of the Catholic orphanage where they grew up to help raise money to save it from being closed down. Motivated by their “mission from God,” they decide to get their old band back together, running all over Chicago to get everyone to do one last show as a fundraiser.

Unfortunately, they manage to anger the “Illinois Nazis,” a trigger-happy mystery woman (Carrie Fisher), a country band, and the entire Illinois police force in the process, resulting in a series of wild car chases, explosions, and near-escapes.

Is Blues Brothers an Action Movie?

First, we must ask ourselves what makes a movie qualify as ultimate action? Obviously, this website mainly focuses on 1980s and 1990s action movies. As a 1980 release, The Blues Brothers definitely checks off that box. Ultimate action movies tend to have badass heroes and I don’t know what else you could call the lovable Jake and Elwood, who are resourceful and quick on their feet.

And yes, there are action scenes—some of the best action scenes ever put on film, in fact. The scene where Jake and Elwood evade the cops by driving through a mall is a masterpiece of car choreography and gleefully gratuitous destruction. The deadpan commentary by the brothers as to how awesome the mall is perfectly offsets the demolition.

The climactic ending where Jake and Elwood race against time and an actual army of police men is both hilarious and thrilling. The editing, timing, and comic escalation are perfection. The sheer scale of this sequence is breathtaking to watch. The first time I saw the part where one police car piles atop another, I asked myself just how many cars the filmmakers totally wrecked for the sake of this movie! (The answer is apparently 103.)

A Symphony of Explosions 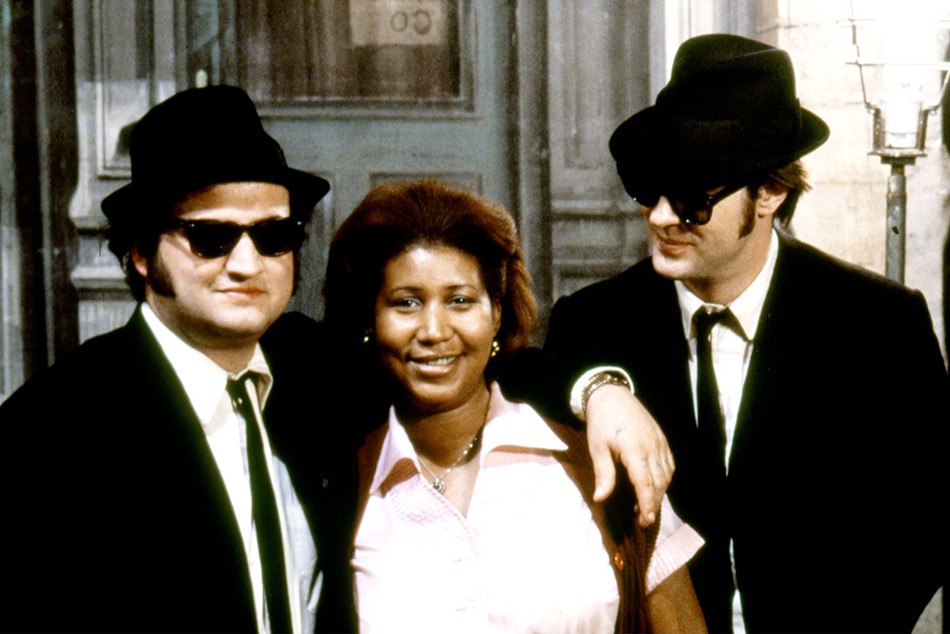 The movie sprinkles some action between the famous musical numbers too. For example, we get plenty of explosions: apartment buildings, gas stations, and cars a plenty go up in flames. Carrie Fisher’s mystery woman packs serious heat, pulling out everything from rocket-launchers to flamethrowers in her quest to render the Blues Brothers naught but ashes on the sidewalk.

Now, some might argue that the action is too cartoony to be true ultimate action material. Ultimate action movies can push credibility at times, true, but there are still generally stakes. Even if the bad guys all seem to have attended the Stormtrooper Marksmanship Academy, even if the hero can walk off a crowbar beating or gunshot wound to the arm, death is still often on the line.

Not so here. Jake and Elwood survive more explosions and crashes than if they were related to Wile E. Coyote himself. They generally bound about with the energy of Bugs Bunny on coke (apparently not too far from the truth: according to Dan Aykroyd, the film’s budget included cocaine for everyone during nighttime shoots), a vibe I wouldn’t necessarily lend to action heroes played by Stallone or Schwarzenegger.

Now, you might say: “Well, action-comedy is a thing.” And this is so. However, even an action-comedy must have physical stakes and physical danger. Big Trouble in Little China has this, for instance, despite being comedic.

One never gets the sense that Jake and Elwood are in danger. The stakes are always squarely the orphanage. Even the threat that the brothers will end up imprisoned is accepted as inevitable by the both of them early in the movie.

Another thing: the majority of the movie is about the music, not so much the action. It’s a giant love letter to the blues and soul, featuring some of the genre’s biggest icons. Like the action, these musical numbers are absolutely brilliant, from the singing to the music arrangement to the dancing. But for me, because the music is the lion’s share of the film, with long stretches between the thrills, I can’t call the film action proper. 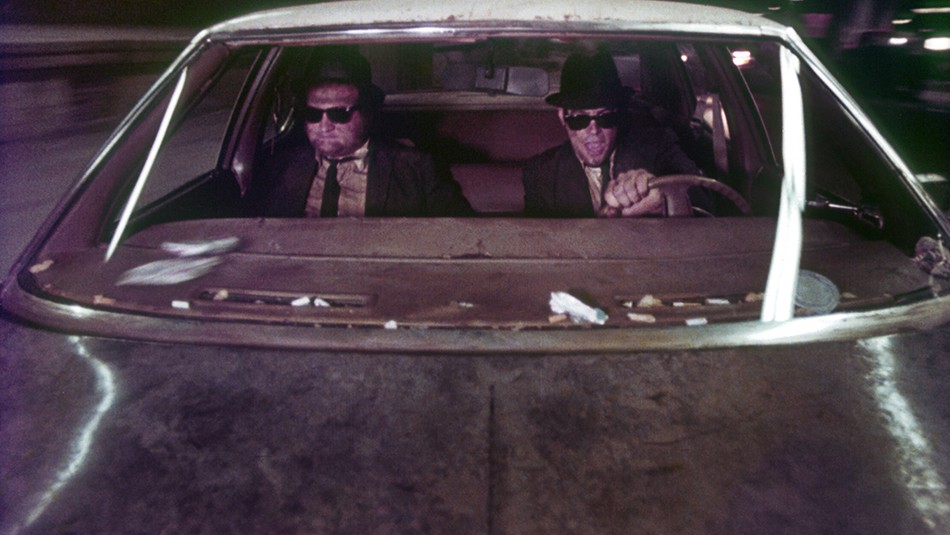 What would one have to change to make this count as ultimate action? For one, more action scenes between the musical numbers.

Another would be that Jake and Elwood would, at some point, have to fight the villainous hordes pursuing them. Action movie protagonists, even ones in action-comedies, generally have to have a point where they fight, even if they possess a mild-mannered nature. These guys use trickery or their wits to avoid violent confrontations—both classic ways to get out of a fight for comedy heroes, but not so much ultimate action heroes.

Still, The Blues Brothers is definitely awesome, no doubting that, a two and a half hour all singing, all dancing, all exploding spectacle that is never, ever boring. I wouldn’t change a frame of it.


What are your thoughts on The Blues Brothers and if it’s an ultimate action movie or not? Let us know in the comments or on our Facebook page!

Grosse Pointe Blank: One of the Most Unique Action Comedies of...