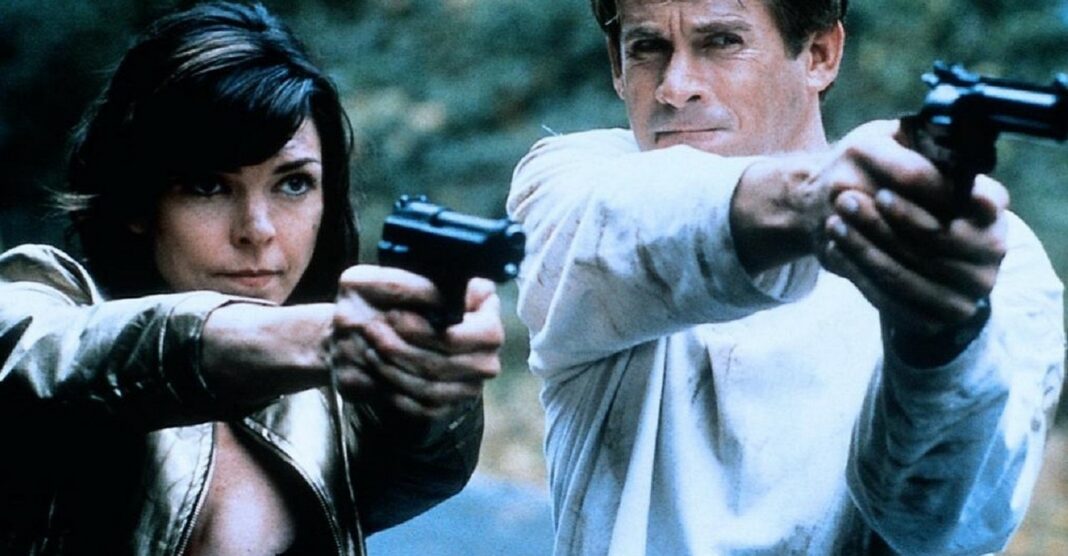 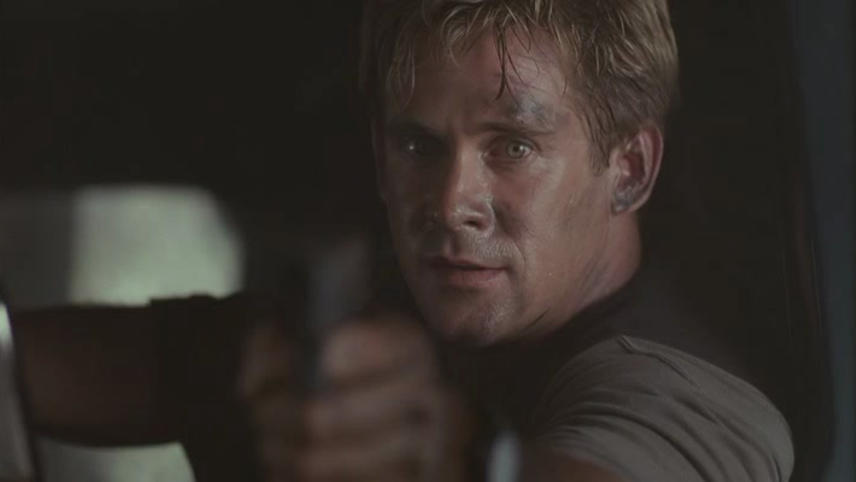 You can’t talk about the glory days of action cinema without mentioning Michael Dudikoff. We all grew up with the American Ninja movies, while films like Avenging Force aka Invasion USA 2 , have become cult favorites.

Dudikoff kept as busy as ever in the 90s. I am here to shine some much deserved spotlight on one of his best characters that doesn’t get talked about nearly enough as it should and that is of Jersey Bellini! He was Jersey in not one, but two Bounty Hunters movies. Today, let’s take a look at the first one.

Bounty Hunters proved to be a unique opportunity for Dudikoff, as we get to see him flex his comedic chops as well as his usual badass persona.

Dudikoff stars as a cigar smokin, wise crackin, bounty hunter, who – much his dismay – always finds himself at odds with a rival bounty hunter, played by the lovely Lisa Howard (Highlander: The Series). To complicate matters even more, Howard also happens to be his ex-girlfriend.

The two have really good on screen chemistry together, even though most of the film they are bickering and competing, you can tell they really still care about each other. So as the story goes, they are forced to team up once again to bring in one of the hottest fugitives out there – if it were only that simple.

After one of my favorite scenes in the movie at a chop shop (more on that in a minute), they find the most annoying hooker ever in the trunk of a car, played by Erin Fitzgerald. They provide protection for her as she has crucial information about the guy they are after… he is one of the most wanted men by the mob and is on their hit list. As you can tell, the movie just gets crazier and crazier from then on. 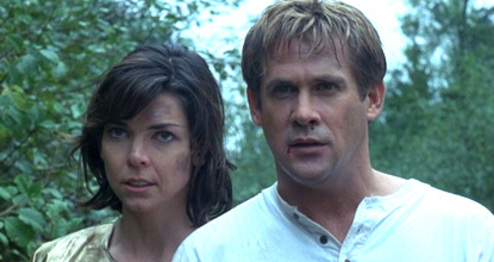 Dudikoff turns in one of his more unique and memorable performances to date. His house is loaded with all kinds of different traps and safeguards, should anyone dare try to break in. One of his best friends the next door neighbor kid (Ashanti Williams), who helps him along the way, and throws out some of the film’s funniest lines.

While delivering the goods in the action department, Bounty Hunters is a very self aware film that doesn’t take itself too seriously and it adds to the charm.

Sure the film has some comedic moments and one liners, but I know the primary reason you are reading this right now is for the action! As I said, it is not short on that. How is seeing Dudikoff blowing away baddies with a pump-action shotgun so damn satisfying?! He does a lot of that here and there are quite a few really cool fight scenes as well.

The chop-shop fight sees both Dudi and Howard taking on several guys, all of whom happen to know martial arts. Guys are thrown out windows, limbs are broken and Howard does her best Rothrock impression executing a nice scorpion kick!

Just Give us More Dudikoff Already!

A couple of my other favorite fight scenes include seeing Dudikoff in disguise in a hip hop club called ‘Meat’ – lets just say his dancing made him stick out pretty fast! Another one takes place in his house where he is being held at gunpoint… he convinces his captors to turn on the game, hands them a remote and the rigged TV blows up! Leading Dudikoff to take care of business.

I also have to mention the nostalgia trip that Bounty Hunters brings. Seeing a classic style Burger King and a scene in a local video store called Bombastic Video where he takes out a would-be thief.

Dudikoff and Howard, what a great pair and what a fun ride Bounty Hunters is – accompanied by a nice action movie score that grows on you. Luckily we get to see them reprise their roles in a sequel. I will get to that for you sometime as well. For now, I’ll leave you with this; if you love collecting Michael Dudikoff movies like I do, your collection is not complete without Bounty Hunters!