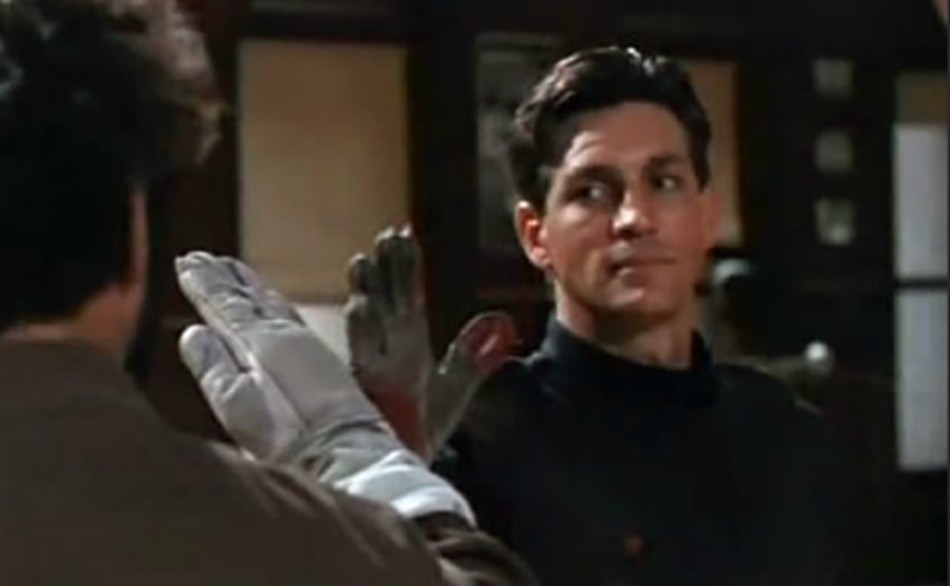 Eric Roberts Delivers the ultimate fencing goods in By the Sword (1991). 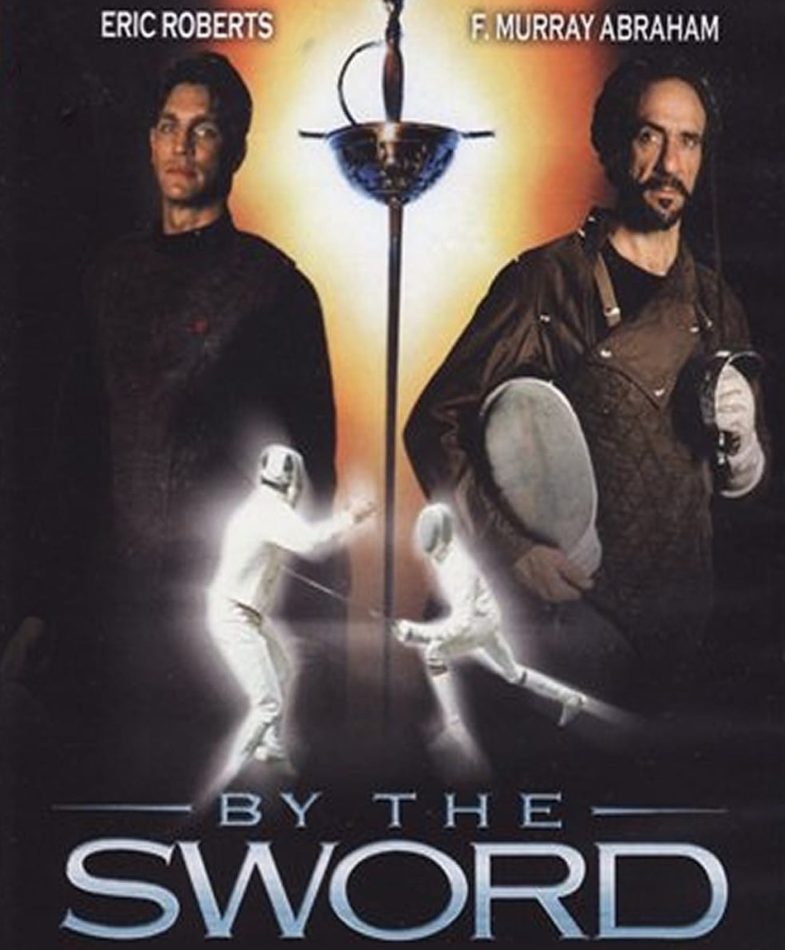 Every sport needs its Rocky movie. In 1991, it was fencing’s turn and we got By The Sword, a movie about a mater fender running a successful fencing school preparing his students for nationals before the arrival of a mysterious individual from his past. Here’s our review of this ultimate fencing actioner! 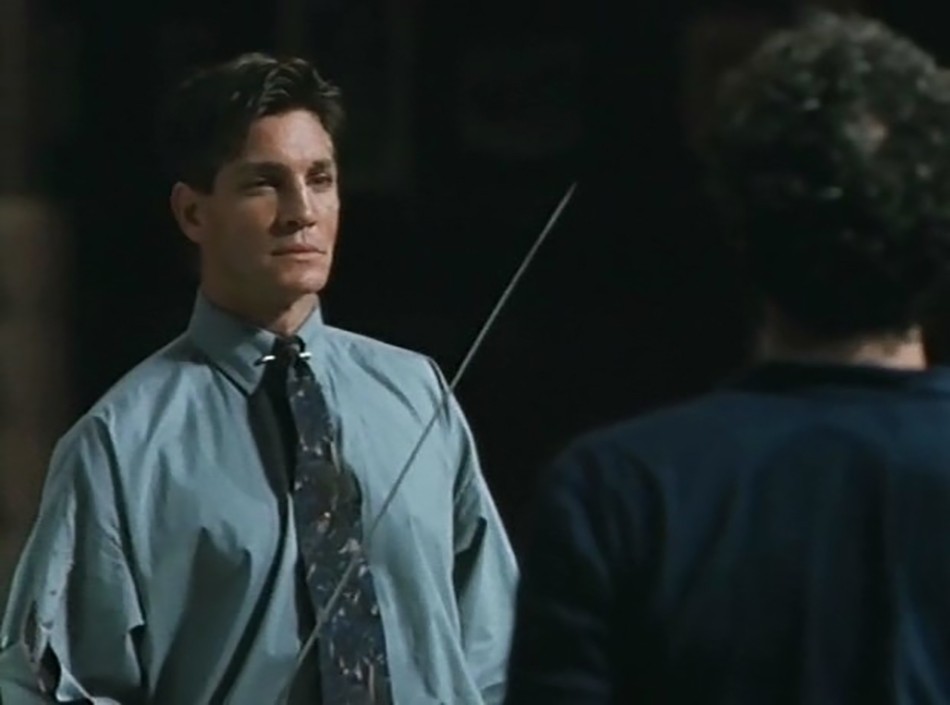 Before he was the Best of the Best, Eric Roberts portrayed Master Fencer Villard, arguably the greatest fencer in the world, with two gold medals to prove it. He was driven to greatness after watching his father die in a fencing duel. Now retired from competition, he runs a fencing school like a military academy and prepares the next generation of competitors for the Olympics with his unforgiving and often times cruel coaching style.

The Most Ultimate Fencing Movie Ever!

Into his world walks Max Suba. He is new to the city and seeks out a job at Villard’s Consortum as a fencing instructor. He obviously has some skills but has a bad knee and is woefully out of shape. Vuillard hires him as a janitor and so begins his apprenticeship back into the world of fencing. Imitating the lessons before him followed by some private lessons as the other instructors take a liking to him, a middle age training montage sees it all start to comeback to him. As he makes suggestions to the other students on form and technique, it is clear that there is more to this man than meets the eye. Eventually, he is given the beginners fencing class to coach.

Against the backdrop of preparing for the nationals, Villard learns the true identity of Suba as the man who murdered his father in the duel and has spent the last twenty years in prison for it. Villard banishes Suba from his world, but Suba shows up at the school one final time during an inner school tournament under the pretext of coaching his students. Suba then challenges the master to a duel after being requested to leave repeatedly. Turns out he was there all along to reclaim his good name and give a lesson in humility.

So if you ever wondered what a sword fight with sabres and foils would actually look like, this movie is for you. Thrust. Perry. Advance. Riposte -it’s all on display here. Bruce Lee credits fencing as a major influence on his development as a martial artist. For a brief few moments, this movie travels back to a bygone era where honor was defended or earned by the sword.

By the Sword Stacks Up 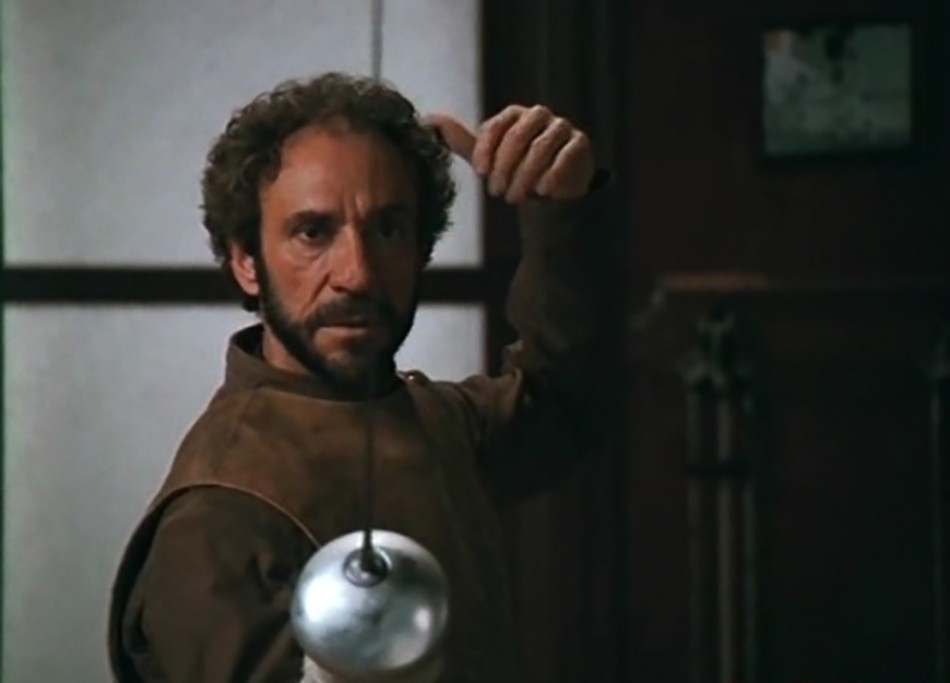 Now I am a lover of all things martial. Outside of the Japanese cinema, there just aren’t that many  good movies that involve sword play.  Sorry Highlander, but your just not it. The Last Samurai, The Challenge (which you can read our UAMC review on here), Rob Roy, Count of Monte Cristo, Princess Bride. Hell, I’ll throw in The Hunted for its knife work. This movie earns its place among those greats. Find this movie on VHS or late night TV. You too will get the point why I consider it a minor classic. Phillip Rhee is Ultimately the Best in ‘Best of the Best...