Stallone’s legacy remains, but the 2012 Dredd is a rare follow-up that can equal its 90s original. 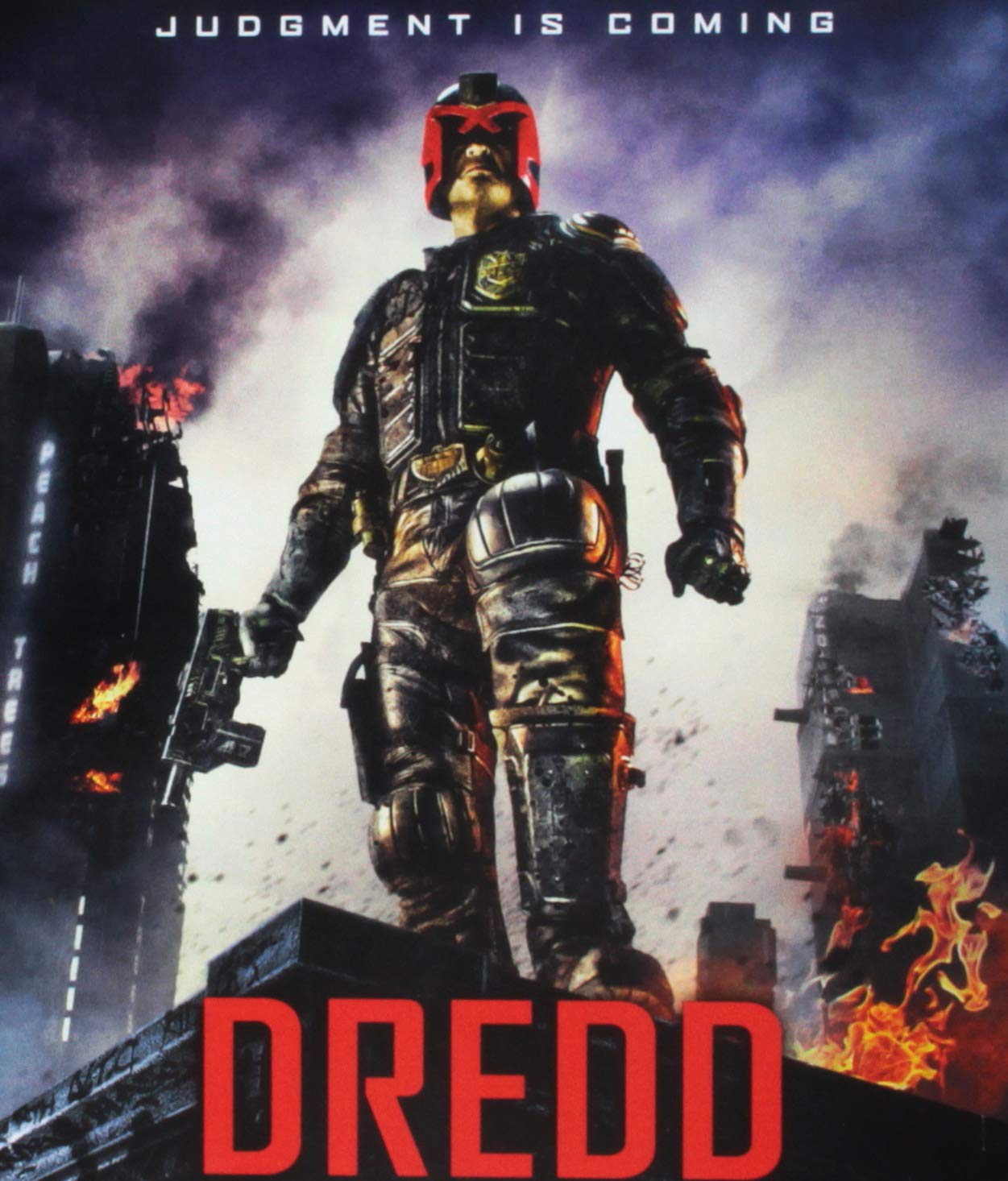 If you like movies that deliver non-stop action in the truest sense of the word, you may be surprised how few there are, especially when looking for films that made it to the big screen. I’ll be honest, movies that reduce plot, dialogues and drama to the absolute minimum, with their only ambition to put as much bloody mayhem as possible on the screen, are my favorite kind.

Some examples that perfected this style over the course of four decades of action movie history are Predator (1980s), Speed (1990s) and Crank (2000s). So every once in a while, we’re treated with a gem like these, and the 2010s were not the worst decade either with the John Wick Saga as another example, and of course Dredd.

Dredd is the second film adaptation of the popular comic book series. The first one was Stallone’s Judge Dredd, a solid Sci-Fi actioner that managed to strikingly recreate the bizarre world of Megacity One in all its dystopic glory. It was not a full success, though, and its appeal to action fans may have been diminished by too much daft humor (Rob Schneider, nuff said) and out-of-place drama. In 2012 Judge Dredd returned, and Karl Urban took the helm from Stallone. Urban is a charismatic actor that almost always manages to impress in his roles, but never broke into the top tier of action movie actors so far. So it was great to see that he finally was offered the opportunity to take a lead role in a first-grade actioner.

We return to Megacity One, an urban nightmare with 800 million inhabitants, shielded by giant walls from a post-apocalyptic wasteland. The judges are the only force holding up public order. Judge Dredd and his trainee Anderson are called to investigate a murder in the giant apartment building Peach Trees, which is also the holdout of psychopathic drug lord Ma-Ma. She locks up the tower, and sends her gang to kill the two judges that are interfering with her business. 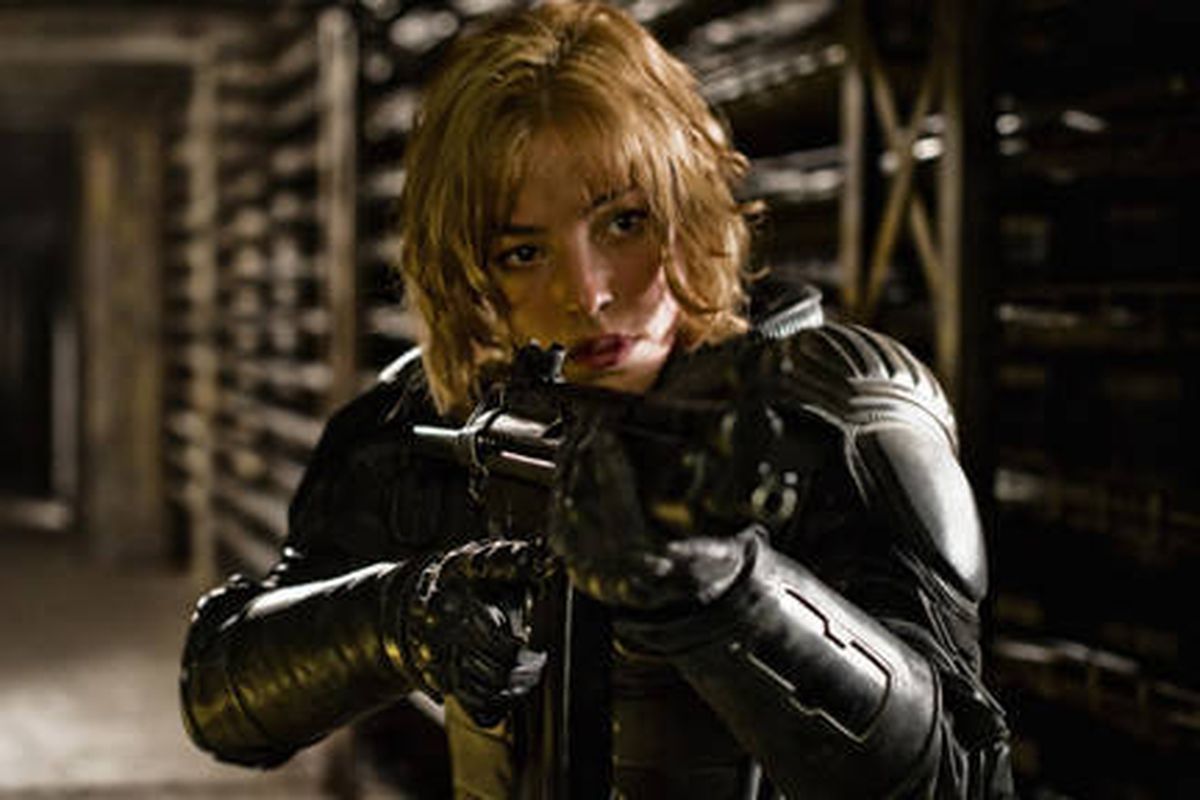 As opposed to the first movie, Dredd drops almost all of the world-building, and takes place exclusively in a run-down skyscraper. The makers of Dredd were accused of plagiarizing the Indonesian action masterpiece The Raid: Redemption, that came out a few months earlier, and the premise and overall course of both movies are very similar indeed. By account of the Dredd production team, the script was in the making for several years, though. In any case, this question does not really matter, because both movies are so awesome that all can be forgiven.

More similarities can be found between Dredd and another action classic, Robocop. There are even rumors that the script for Robocop was originally intended for a Judge Dredd movie. Paul Verhoeven also admitted that the phrase “Come quietly, or there will be trouble” was taken from a Dredd comic. The movie returns the nod by having Dredd also utter that phrase, and even adding “You have 20 seconds to comply” as a reference to Robocop’s ED-209. Fun times for action movie nerds.

Dredd sketches a simple scenario that is exploited to the fullest. Two judges are locked up in a skyscraper housing a small army of cartel hitmen, with both parties armed to the teeth. Dredd is judge, jury and executioner (mostly executioner), and as soon as he enters the building, it’s judgment time. There’s no idle moments in Dredd, it’s one and a half hours of relentless chases and firefights in hallways and staircases.

The presentation of the action scenes is pleasantly old-school for the most part. There’s no attempt to be fancy, it’s just shootouts, brawls and explosions with some heavy weapons such as mini-guns and napalm bombs added to the mix. Dredd is also one of the most brutal representatives of its kind, with a level of gory violence we’ve been rarely treated with on the big screen in action flicks since the 1980s.

Dredd is cynical and trigger-happy, and Urban plays him completely straight without any intended comic relief, and with an almost demonic voice. In doing so, he does go over the top a couple of times, and produces many memorable one-liners, usually right before or after someone gets killed (“The crime is life, the sentence is death!”). Lena Headey of Game of Thrones fame stays firmly in character as Dredd’s nemesis Ma-Ma, and instead of a wrathful and sadistic queen she takes the role of a wrathful and sadistic drug pusher.

Dredd is straightforward and perfect old-school mayhem. It is a bloody and uncompromising spectacle, and one of the great action flicks of the 21st Century.