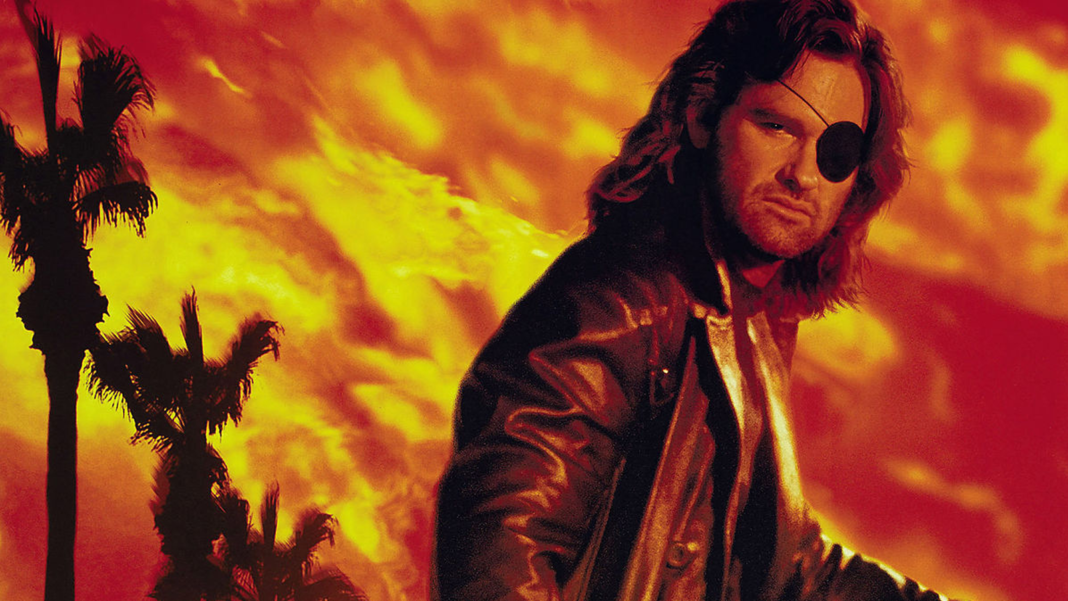 “Welcome to the human race.” 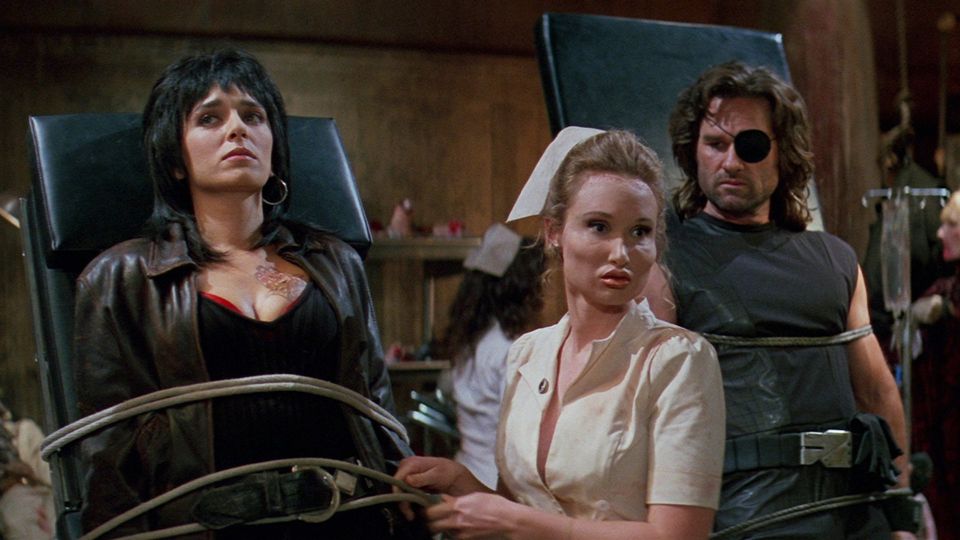 John Carpenter’s action films are mostly known for their serious tones centered around stoic, deadpan action heroes. However, many of his films are also humorous. Dark Star, Big Trouble in Little China, and They Live all have their share of ridiculousness. Similar to these films, Escape from L.A. taps into the absurdity of Carpenter’s filmography and almost acts like a satire of Escape from New York.

Escape from L.A. was released in 1996, 15 years after its predecessor. While many were expecting a sequel, Carpenter delivered more of a remake, with the film following many of the same plot points as Escape from New York. In the year 2013, Snake Plissken (Kurt Russell) is sent to a heavily guarded prison island populated by everyone who didn’t fit within the government’s idea of a “moral America.” The country is run by a right-wing theocratic president who holds a lifetime term in office. Much like the America of today, this brings about a strict domestic policy of deportation where those who perform petty crimes and others who don’t follow the American ideal of religious beliefs and gender identity are all imprisoned.

Snake Plissken’s mission is to enter Los Angeles, where the president’s daughter Utopia (A.J. Langer) possesses the remote control to the “Sword of Damocles,” a weapon with the power to shut down every electronic device on the planet via satellite. The film’s big bad is Cuervo Jones (Georges Corraface), the leader of Shining Path, a communist guerilla group based in Peru. Cuervo wants to invade the United States with an allied group of third world nations as an act of revenge against America’s destructive imperialist policies.

Carpenter’s cynicism and exasperation towards the Hollywood studio system are present throughout the film. This is most apparent in Steve Buscemi’s character “Map to the Stars” Eddie, who sells out anyone to move one rung up the ladder. Like in Escape from New York, Carpenter draws parallels between the traditional antagonist Cuervo and the president, allowing the audience to ponder who the true villain of the film is and whether Cuervo has a point to his mutiny. In one scene, Utopia says that Cuervo and her father are equally terrible and that they both just want to control everything. 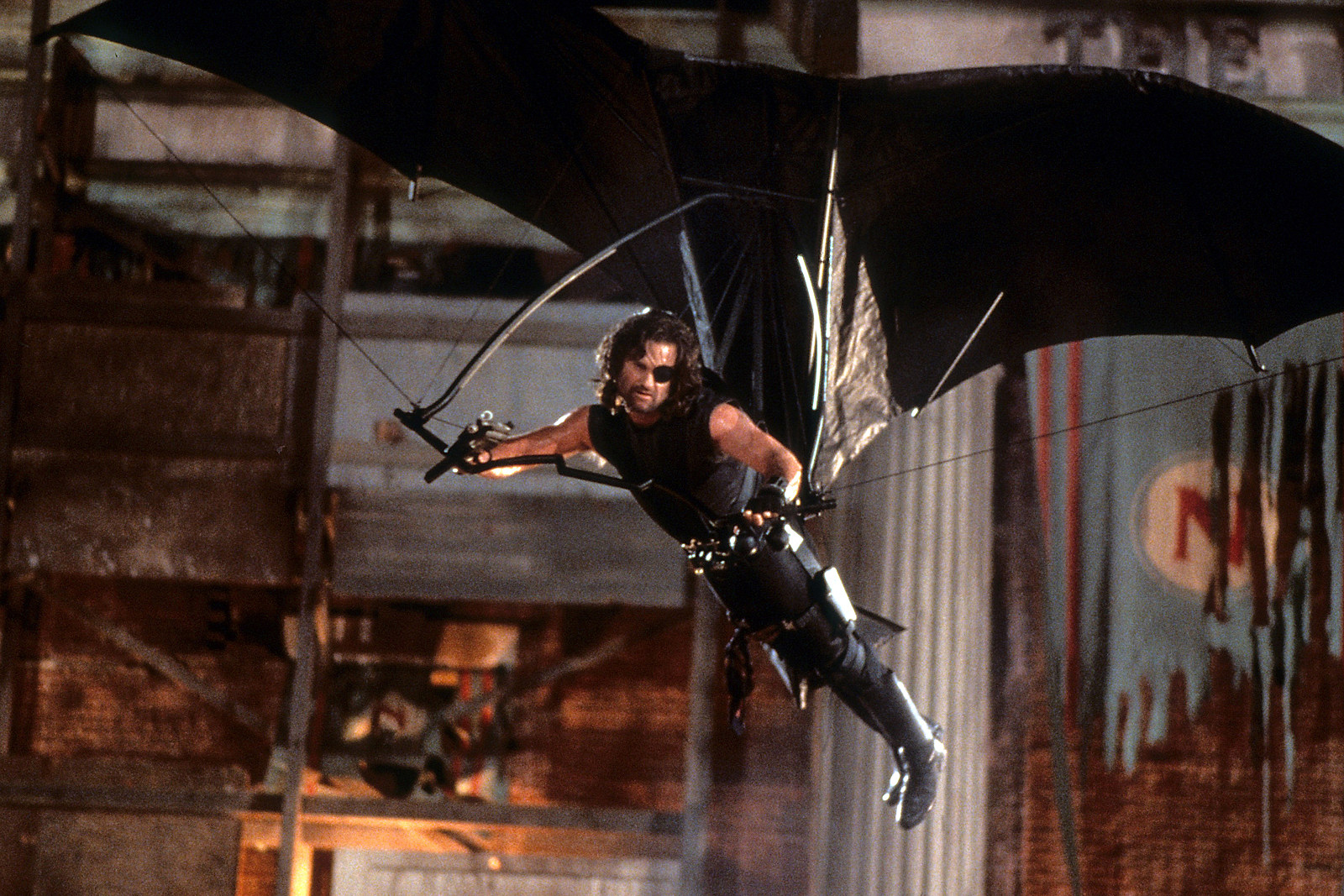 Carpenter’s decision to make the plots of the two films identical is most likely intentional. Perhaps his experience living in the 1970s was practically the same as that of the 1990s, forcing him to believe that nothing has changed. If anything, things may have gotten worse. Despite this intention, Escape from L.A. comes across as the lesser of the two films. The reuse of the same plot structure removes a significant amount of dramatic tension. In addition, it’s occasionally tough to get on board with the film’s sillier moments. The submarine scene where Snake narrowly avoids a shark or the action sequence where Snake surfs along the L.A. River to jump on top of a moving car are hit or miss depending on one’s appreciation of absurd campiness.

Part of this is down to the special effects. Although the film had a higher budget, its effects often come off looking worse than Escape from New York. Carpenter may work better on a tighter budget. Up to this point, his career had been mostly characterized by small-scale independent films. These restraints required Carpenter to use his intuition and efficiency to come up with creative solutions.

For example, instead of going for large set-pieces, he would often shoot more subtle and suggestive shots that immerse themselves in anticipation, allowing the audience to fill in the blanks. Escape from L.A. is flashier than its predecessor in every way, often distracting from what it is trying to say at its core.

In addition, the supporting characters in Escape from L.A. are not as interesting as its predecessor. Taslima (Valeria Golino) simply acts as a plot device to provide expositional dialogue and further the film’s worldbuilding, while Hershe (Pam Grier) is not given enough to do and comes off as a tacked-on character with no significant bearing to the second half of the film.

Escape from L.A. ends much in the same way as Escape from New York. The gladiator fight is replaced by a basketball game, and Snake gets the better of the president. However, Carpenter takes this a step further and allows Snake to get his way. Instead of Snake simply ruining the president’s moment in front of the cameras, he has Snake perform the ultimate act of defiance by shutting down all electronic devices with the remote control, forcing the human race to start over.

Carpenter is dissatisfied with what the world has come to and wishes to return to the time of his beloved westerns where everything made sense. Although Escape from L.A. doesn’t take itself too seriously and gives in to Carpenter’s goofy and satirical tendencies, the film’s prophetic nature of a terrifying America remains the same.

The Carpenter Series Part 4: Staring Down the Barrel of Capitalism in ‘They Live ‘