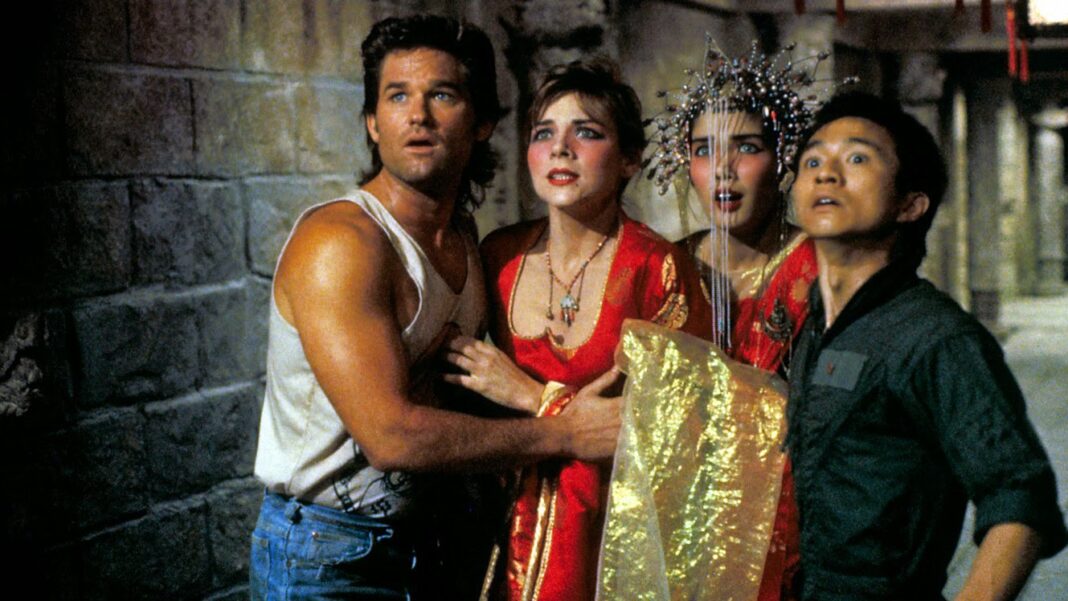 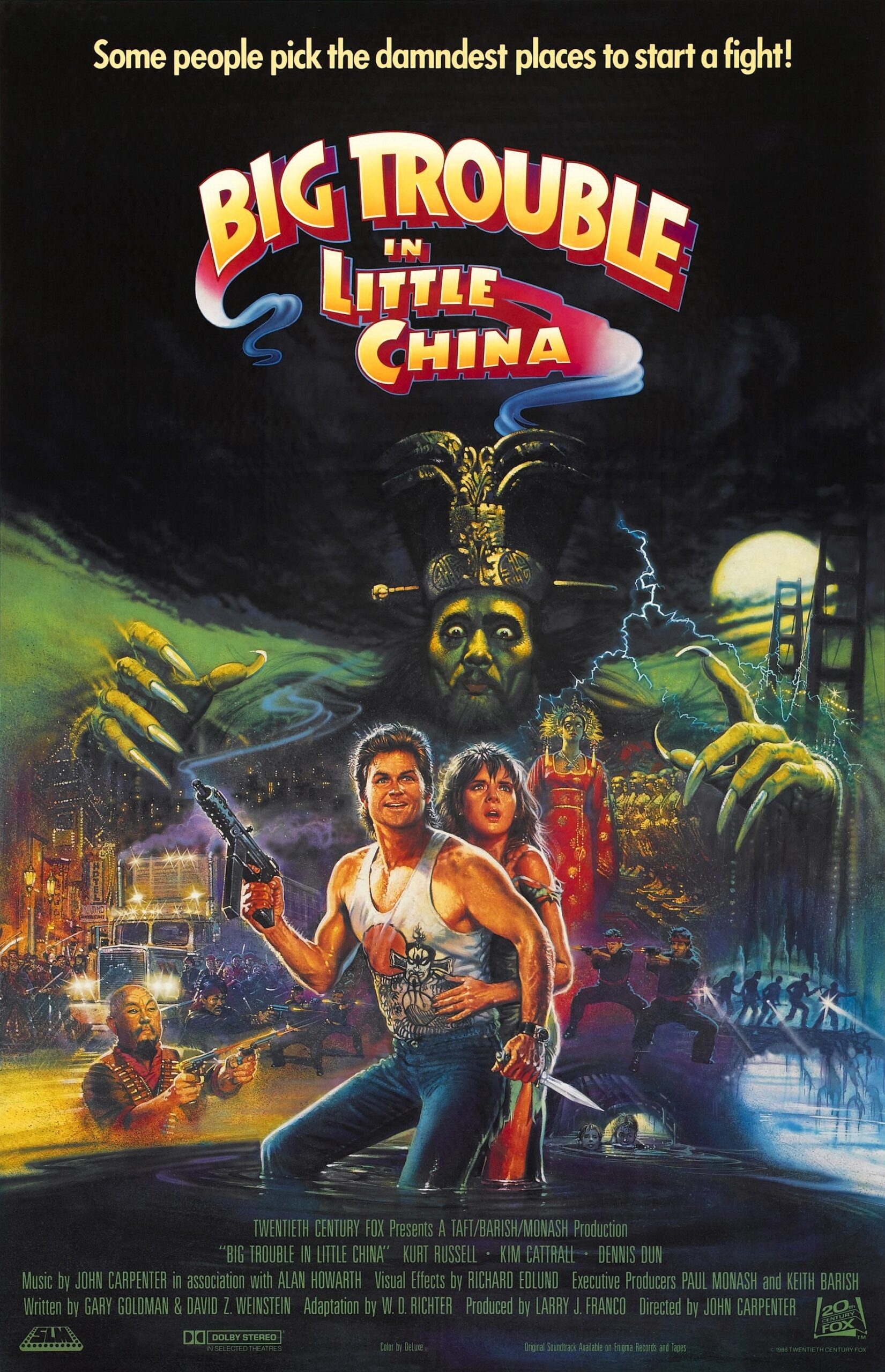 “Just remember what ol’ Jack Burton does when the earth quakes, and the poison arrows fall from the sky, and the pillars of Heaven shake. Yeah, Jack Burton just looks that big ol’ storm right square in the eye and he says, “Give me your best shot, pal. I can take it.”

In the climactic final battle, Jack Burton (Kurt Russell) attempts a grand hero’s entrance by shooting his gun at the ceiling. The bullets dislodge debris from above that falls onto Jack’s head, knocking him out for the majority of the fight and leaving his friends to fend for themselves.

You can find the previous episodes in our Carpenter series here:

Jack Burton is an idiot. At best, he serves as a sidekick to his friend Wang (Dennis Dun), the actual hero of our story. Jack is only involved in the action because Wang owes him money. Instead of taking up the call to action, the hero’s journey is thrust upon him when a gang kidnaps Wang’s fiancée, Miao Yin. In this aspect, he’s most similar to characters like The Dude in The Big Lebowski, whose journey starts by simply sharing the same name as an indebted millionaire.

Frequently throughout the movie, Jack asks characters where they’re going or what’s going on, and in response he’s deemed too slow to understand. He’s also constantly getting lost and leading his friends into trouble. But at the end of the day when the group defeats Lo Pan and rescues Miao Yin, Jack is back in his truck, mythologizing himself as the hero who saved the day.

Ironically, these traits are what make Jack absolutely necessary for what the film is trying to do. With his quotable one-liners, Russell is riffing on American heroes that he grew up watching like John Wayne, but he has the self-awareness to fit the film’s deconstruction of the 1980s action hero. Instead of being like his contemporaries such as Indiana Jones, Jack Burton is able to be the butt of the joke. He’s not only able to get beat up, he’s allowed to lose, and often at that.

Kurt Russell in his Perfect Role 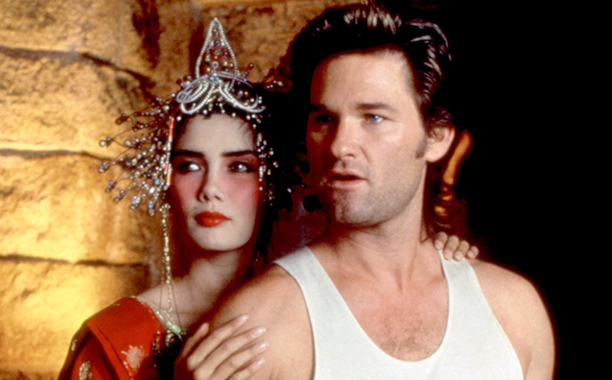 This is what makes Russell perfect for the role instead of established stars favored by the studio like Jack Nicholson and Clint Eastwood. This is most apparent when Wang and Jack are confronted by a gang of Lo Pan’s men. For the entire fight, Jack is offscreen trying to find his knife while Wang defeats all of the men handily. Without him, all of the comedic elements in Big Trouble in Little China wouldn’t work as it would just be another martial arts film with a traditional heroic protagonist.

Another important feature of Big Trouble in Little China is its detailed world-building. Taking inspiration from supernatural ’80s wuxia films, Carpenter subverted Hollywood’s tendency towards stereotypical depictions of Asians onscreen by placing their stories at the forefront of the film. Instead of Jack Burton becoming a typical white savior figure, the film undermines his traditional, all-American John Wayne impersonation by making Wang Chi the most capable character. Carpenter also immerses Jack in a world filled with magic, bizarre monsters, and dynamic martial arts choreography that goes way above his head.

Throughout the movie, Jack is outdone both mentally and physically by his Asian counterparts, who are better equipped to battle Lo Pan and his henchmen. Jack, representing American culture, plays the sidekick, a role usually reserved for racial minorities. Likewise, Wang Chi, representing a more modern version of Asian culture, battles and defeats the stereotyped Asian villain in Lo Pan.

After a difficult and rushed production, the film’s failure financially drove Carpenter to give up on studio films and return to independent filmmaking. However, Big Trouble in Little China grew in popularity later on with strong VHS sales, and like a lot of Carpenter’s films, finally received its due recognition and acquired cult film status.