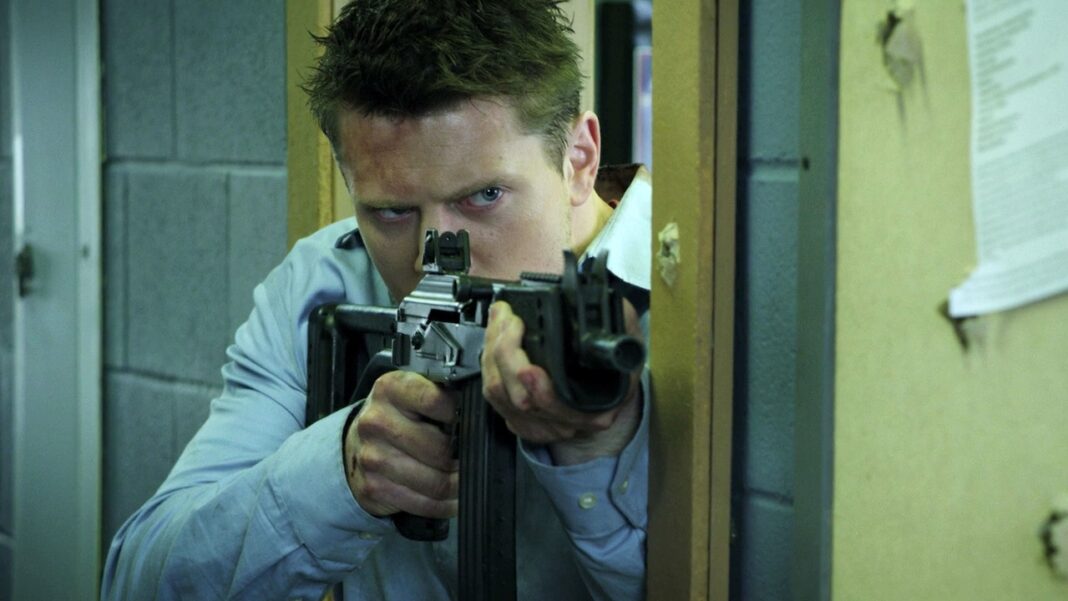 The Miz is back for perhaps the most ultimate (or at least toughest) film in the franchise. 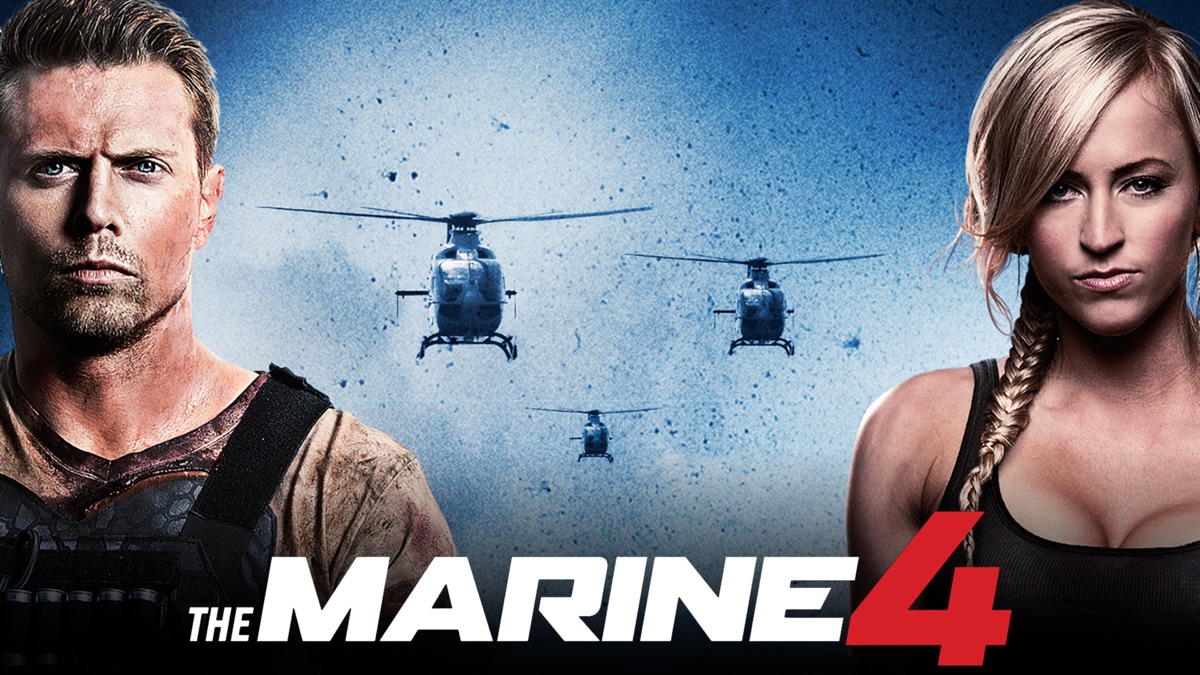 As soon as a franchise reaches its fourth film, there are definitely challenges to be faced. Rather than treading over familiar ground, one can refine and develop what already exists. With The Marine 4: Moving Target, Director William Kaufman (Sinners and Saints, One in the Chamber) aims for the latter.

With Jake Carter (Mike “The Miz” Mizanin) returning, the fourth film finds itself stripped of any nonsense. Quickly we’re caught up in the first few minutes after opening credits end. Carter has left his hometown and found employment with a private security agency. The agency is tasked with protecting a company whistleblower Olivia Tanis (Melissa Roxburgh). While on the way to a safe house, the convoy is ambushed by mercenaries hired by Tanis’ former employer. They are led by the intimidating and determined Simon Vogel (Josh Blacker).

The assault on the convoy is the first of many exceptional shootouts the film takes us through. Kaufman with the help of his second unit director Kimani Ray Smith, (Wu Assassins, Countdown) puts us directly in the middle of the action. The blocking, camera placement and camera movements make it almost impossible not to get an adrenaline response from it. The camera shakes whenever a tree or other surroundings are hit as if it feels the recoil from the impact. The guns feel dangerous, and the people holding them feel even more dangerous. With Kaufman’s track record it may be expected, but it can not be overstated, the man is one of the best working directors when it comes to tactical action. 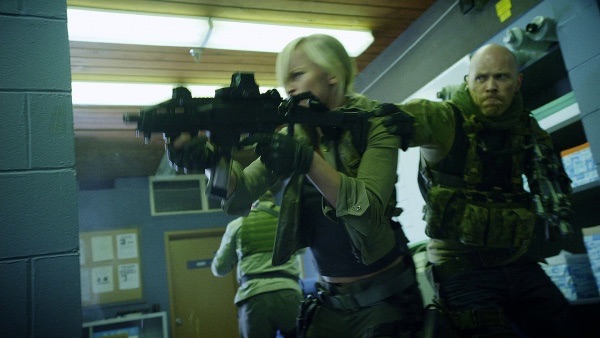 Along with the brilliantly captured tactical shootouts, the film also delivers some good bare-fisted brutality. Fight Choreographer Dan Rizzuto (Boss Level, Legion) has a good understanding of the characters body’s and how they would fight. Thankfully, Kaufman and Smith capture it very well. You feel every hit, there’s a good sense of geography and it’s clear to decipher what’s happening. So you get a good view of the arm breaks, neck snaps, and slams. The only issue I found was some fights feel too choreographed, the moves look more mechanical rather than organic. A slight nitpick for otherwise cathartic fight scenes.

Kaufman never lets up on the action, yet we still get believable, genuine characters. Everyone understands what movie they’re in and performs accordingly. Nobody really seems out of place.With that being said, Mizanin’s Jake Carter feels somewhat different from his prior film, The Marine 3: Homefront. While the character is the same, the Miz feels more confident in the role. We are able to get a better feel of the direct-to-video action lead that he is becoming because of his commitment. I can’t go without mentioning that Roxburgh’s Olivia Tanis holds her own very well.

It is noteworthy that the story never leaves her feeling helpless. In actuality, in the midst of the hail of bullets and explosions, her character manages to go through a complete journey. All of the character development in the film occurs within her, and it never feels as if it was a waste. Blacker as Vogel is at an alltime high throughout the whole film. He is a hired gun that will obliterate everyone in his way. Despite the excitement that he creates when he bursts into action, he is sadly one note. Watching him on screen was engrossing, but I wish he had more material to work with. 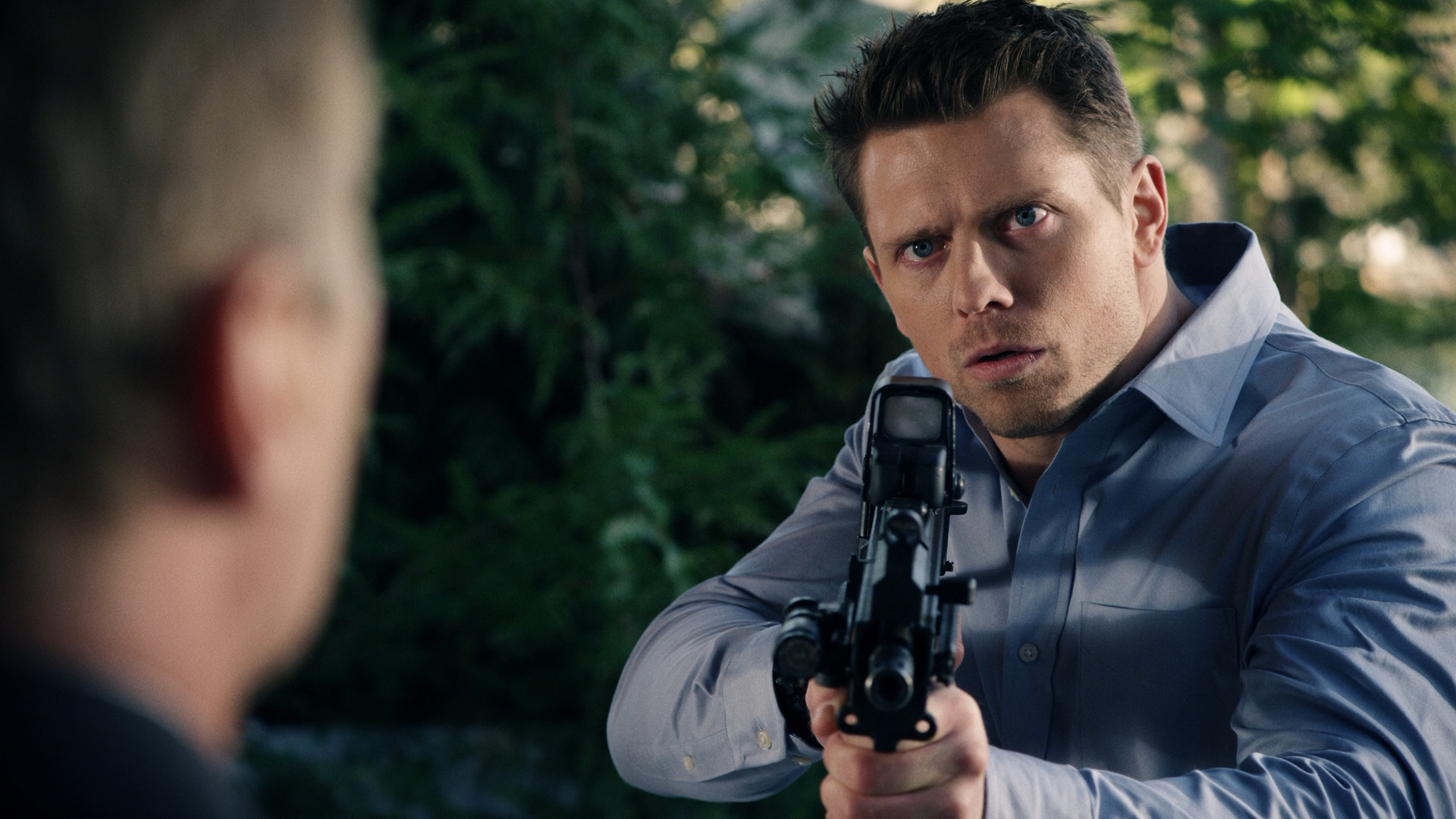 All in all, the fourth installment is The Marine’s grittiest and darkest yet. Although the plot is simple, there are doublecrosses and betrayals to keep you guessing. This simple story is told by Kaufman as one long gunfight that has shades of First Blood in the end. It is a great example of the good that can come out of DTV films. I would show this to someone who is standoffish when these types of films come up in conversation. The film is a lean 90-minutes filled with great set pieces that will keep your eyes glued to the screen.