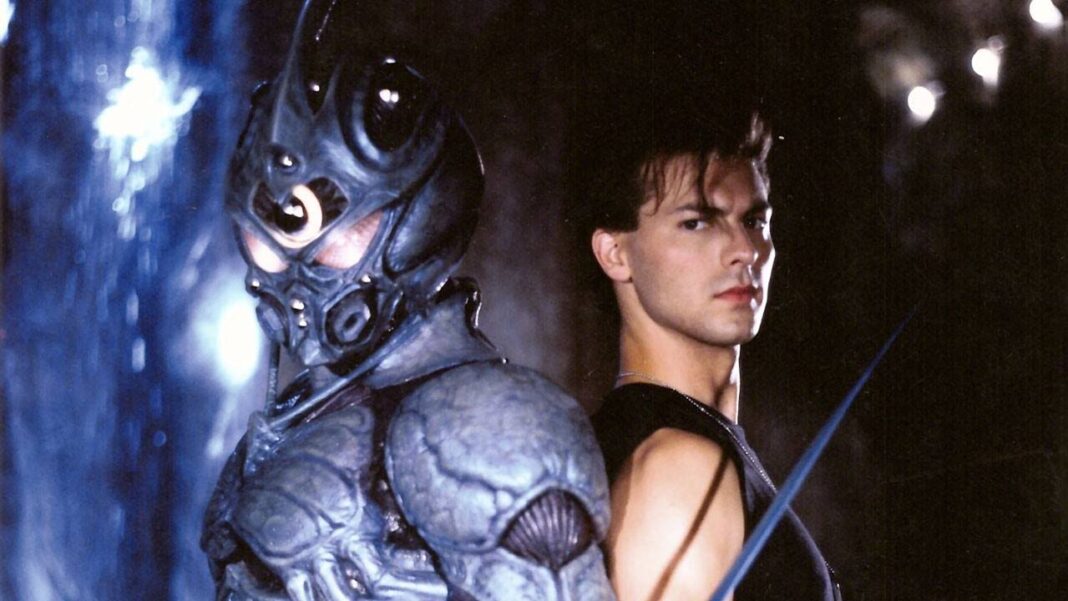 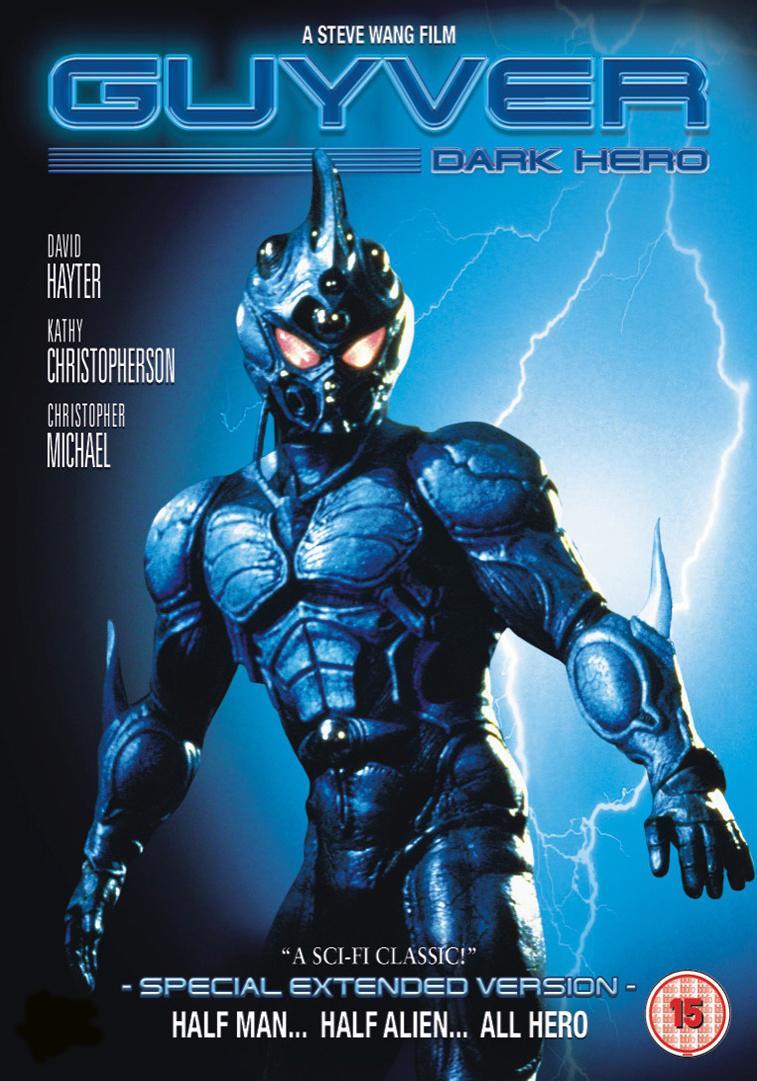 In his brief career as a movie director, Steve Wang immortalized himself with the crazy martial arts actioner Drive. Leading up to it, he honed his skills as director with the two Guyver films that were based on the Japanese manga and anime series Bio Booster Armor Guyver. The first Guyver was not a bad film, if you can find entertainment in cheesy Sci-fi action with monsters in rubber suits. It was more of a kids action flick, not unlike the Teenage Mutant Ninja Turtles films, but nowhere near as good. The second installment, Guyver: Dark Hero, was a much improved sequel, even though Wang had to work with a budget of barely one million USD.

Sean Barker is bonded to the alien Guyver suit that transforms him into a superhero when activated. He lives a secluded life after defeating the evil alien Zoanoids in the first movie, but learns about an archaeological dig where mystical symbols were discovered that are strangely familiar to him. He travels to the site, and before long Sean needs his Guyver powers to face otherworldly evil again.

The film starts with an ultra-brief recap of the first part and makes not a lot of effort to expand on the world-building as the plot progresses. But all you really need to know is: good Guyver vs. evil Zoanoids leads to massive carnage.  The acting and dialogues are not the worst you could get in a one million dollar movie, but everything that happens outside the action sequences drags a bit occasionally. Compared to the first film, there’s also no intentional comic relief this time, but then how serious can we take goofy alien monsters that are all kung fu masters.

For a low-budget flick the special effects are some of the best you’ll ever see, it’s amazing what Wang managed to pull off without plundering his savings account (or maybe he did?). The suits of the Guyver and the monsters look pretty cool with lots of creative details, and are leagues above the  shoddy prosthetics of many 1990s cheapo Sci-Fi flicks. There’s also lots of neat practical blood and gore effects, plus a couple of admittedly ultra-budget CGI. All in all, the special effects benefited tremendously from Wang’s skills and enthusiasm.

As much as we should commend the special effects, the real reason you should watch Guyver: Dark Hero are the fights. Wang brought in the expertise of Koichi Sakamoto who would go on to become stunt coordinator for the Power Rangers franchise two years later. The guy knows his stuff, and he created a couple of high quality fight sequences. It’s all hand-to-hand combat (or claw-to-claw, to be more precisely), done Hong Kong style. 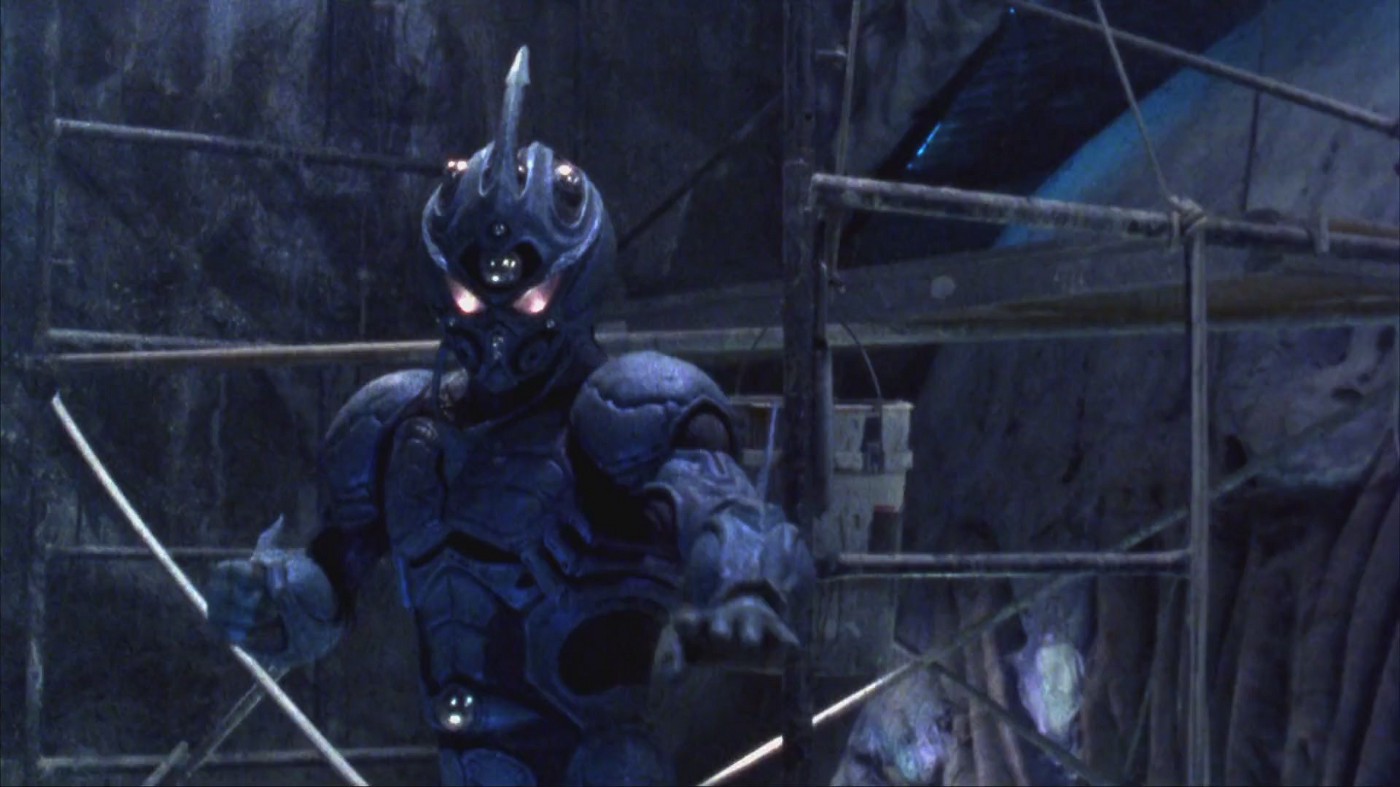 The stunt guys in their giant rubber costumes pull off some crazy moves. Of course the wire work helps to carry the weight, but it’s still all pretty impressive. The film also more than earned it’s R-rating with a nice array of gore effects: ripped throats, pierced eyes, smashed skulls and slit bellies. And the icing on the cake is a fluid cinematography that is devoid of the often horrific editing in US martial arts actioners where one kick was shot in four separate takes.

Guyver: Dark Hero created its own unique niche that no other film has been able or dared to follow into: the rubber suit monster R-rated martial arts action. It is another ultimate gem of 1990s DTV action fare, and one of the rare entries with expertly choreographed fight sequences from the US in the 1990s. The movie was also the perfect warm-up for Wang towards his ultimate masterpiece Drive that came out three years later.