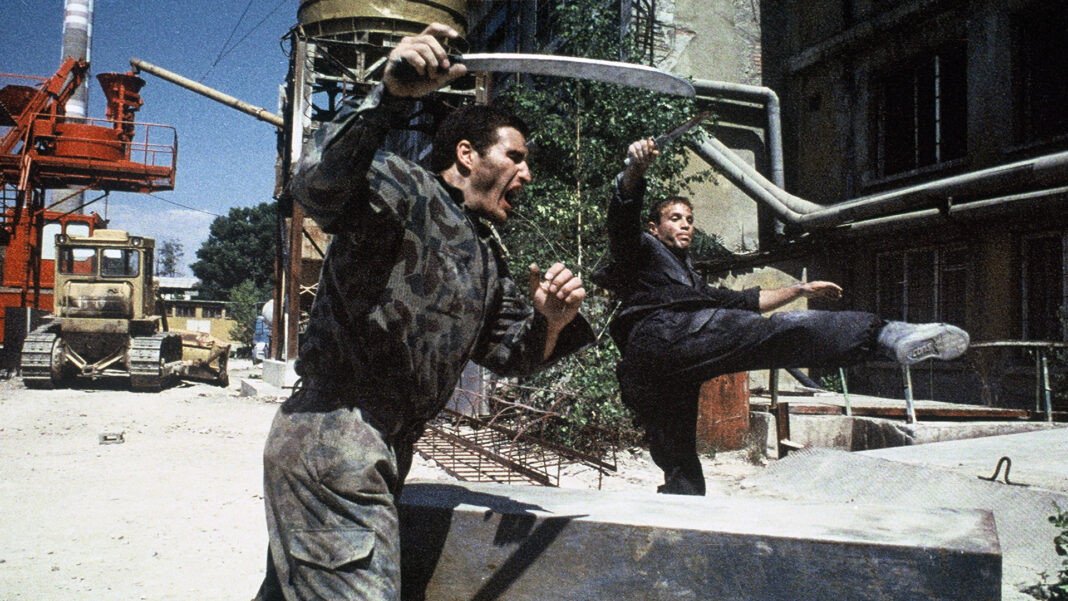 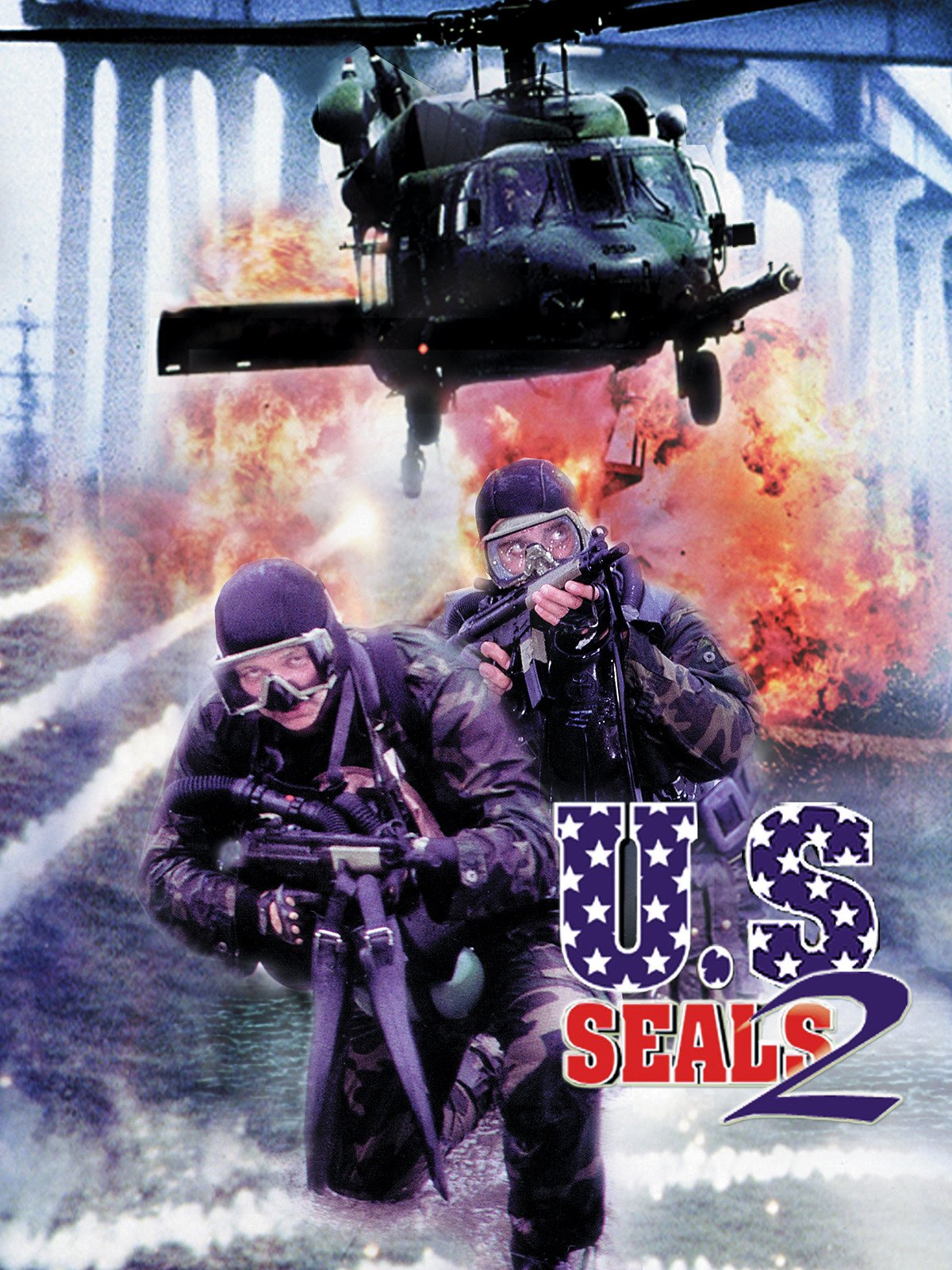 The Nu Image production company (now named Millennium Films) was an active player in the realm of 1990s and 2000s DTV action flicks. Nu Image can pride themselves with creating a couple of classics at that time, but it’s probably fair to say that the larger part of their catalog resided below the average quality line for action entertainment. The five Operation Delta Force and three U.S. Seals movies firmly fall into that category, all of them being generic pseudo-military actioners, except one!

That exception is U.S. Seals 2, (aka U.S. Seals II: The Ultimate Force) which stands out as a beacon of awesomeness from the others, and the main reason is the involvement of master action director Isaac Florentine. Florentine helmed one of Nu Image’s all-time classics Cold Harvest in 1999, where he showcased his talent to create high-octane action on a budget. Two years later, he traveled to Bulgaria (as so often in career) to make U.S. Seals 2, and created an absolute classic for martial arts fans.

“No Regrets, Only Thermonuclear Revenge!” 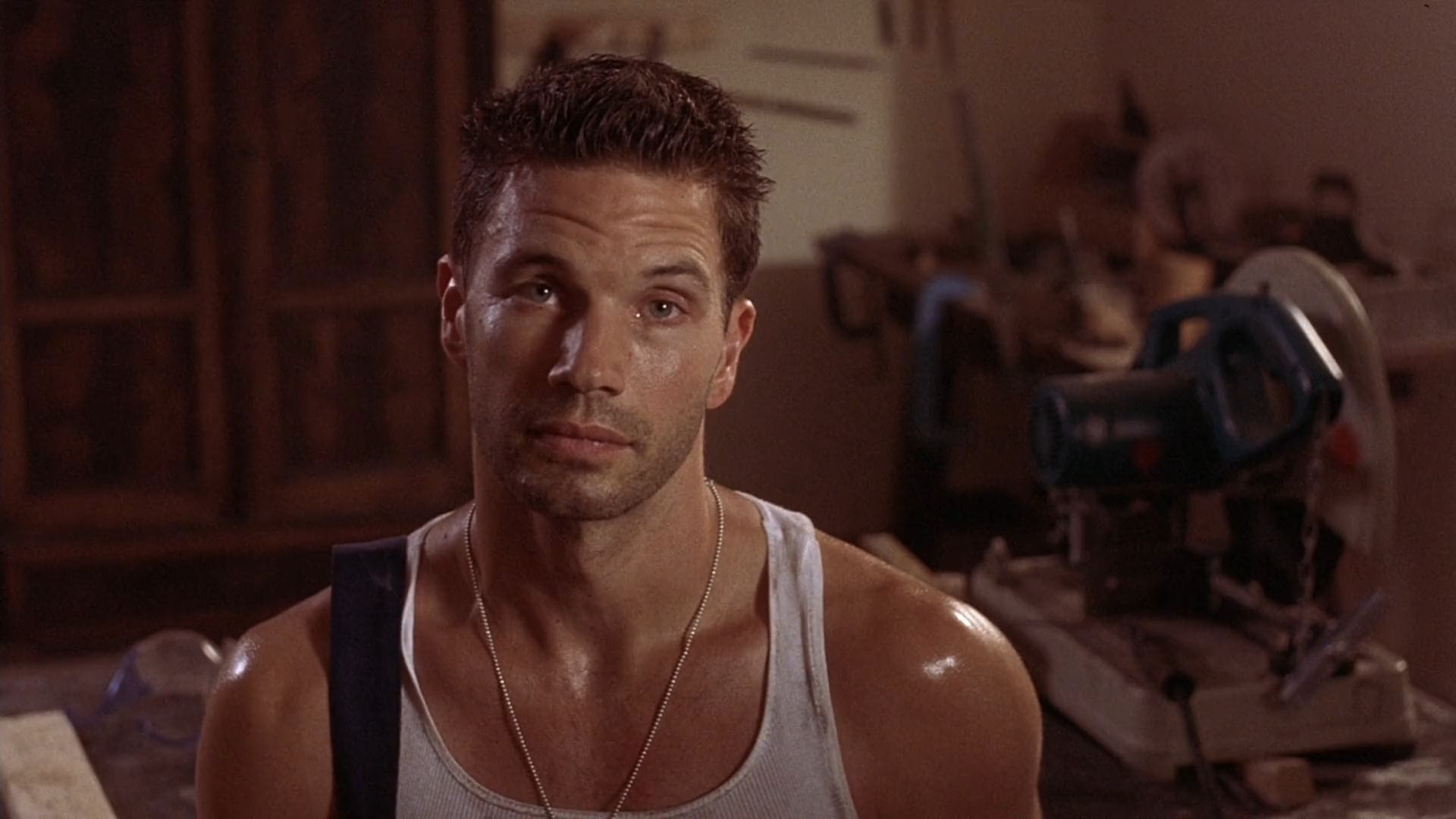 Ex-US Seals squad leader Frank Ratliff hides on a remote island with a small army of mercenaries. He builds a nuclear warhead, and plans to extort a few billion dollars from the US government. His former mate Lt. Casey Sheppard is tasked with assembling a team of fighters and infiltrate Ratliff’s base. All of them are mighty martial arts warriors, as the island is covered in a cloud of explosive natural gas which prevents the use of fire weapons. Instead our heroes bring a stack of swords with them, and an air gun that shoots acid balls.

Another film about an evil mastermind on a deserted island and a commando that is sent in to take him down? Sounds boring indeed, but Florentine successfully hijacks this terrible plot line, throws out all the generic military talk and action, and replaces it with a ton of martial arts badassery! The opening sequence with the archetypal guard camp attack may actually lure the viewers into the expectation that this will be just another lackluster military actioner.

Like The Power Rangers But With Broken Necks And Cut Throats!

When one of the heroes suddenly does a backflip while firing two guns from the hip, we get a hunch that there is more to this film than it seems at first glance. The scene after the shootout turns things around big time, when we learn out that the Seals team members are also martial arts masters and are graced with words of wisdom from their Sensei after working out in the dojo.

And the movie continues with a slightly bizarre vibe. The dialogues are of the simplest kind, characters are as one-dimensional as they can be, and the most ridiculous lines are delivered with straight faces. All this creates a cartoonish impression outside the action scenes and it really doesn’t matter if this was intentional or not, it just adds to the fun!

There is no big action star pulling the movie, and that’s actually all the better for the film, as we can fully focus on the numerous action sequences and the martial arts performers showing off their skills. For U.S. Seals 2, Florentine worked with young Hong Kong fight choreographer Andy Cheng (who also has a small role), who would go on and work as stuntman and fight choreographer for many Hollywood blockbusters and the awesome martial arts/fantasy TV show Into The Badlands. 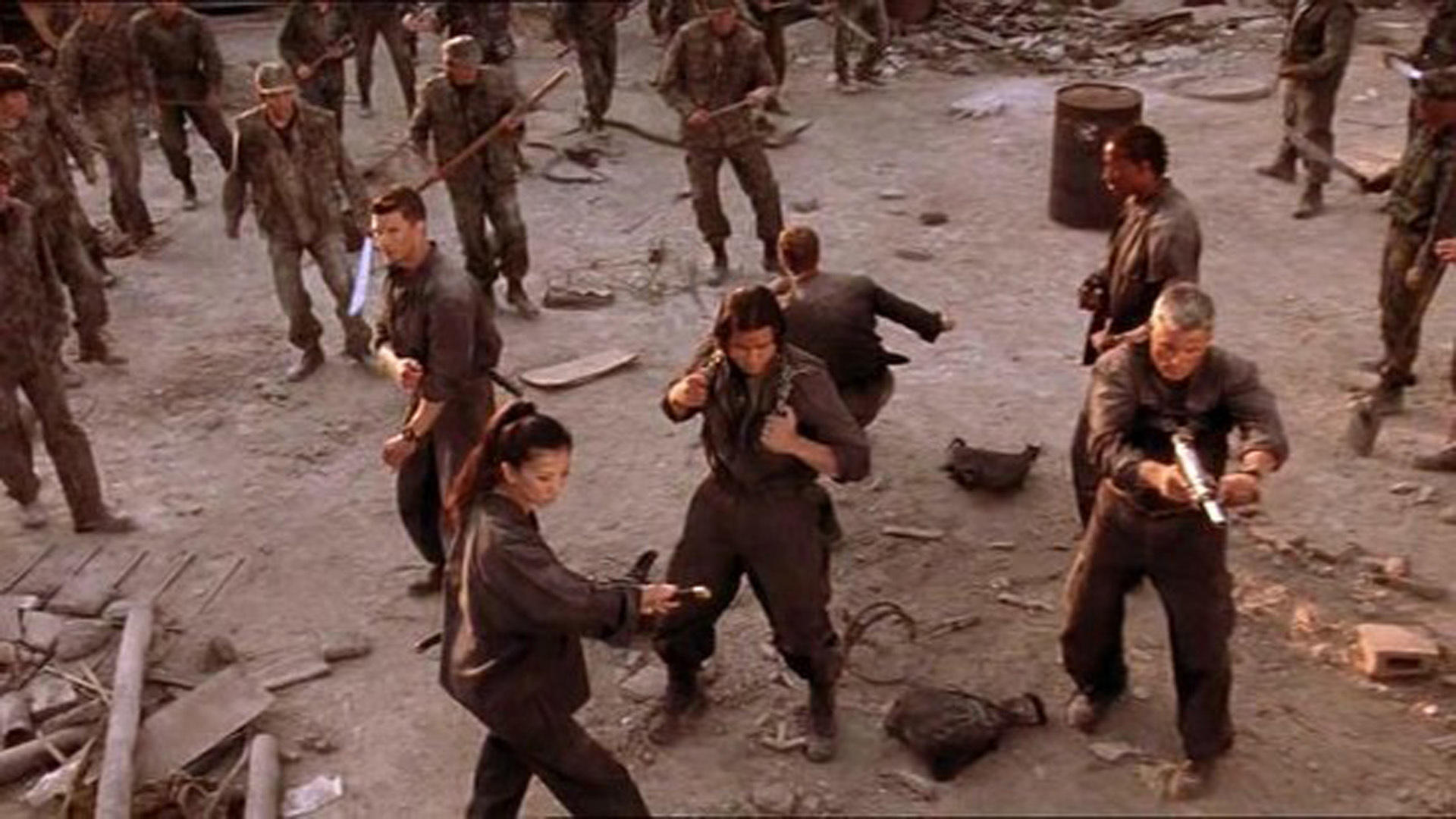 Everything is over the top in U.S. Seals 2, and this impression is multiplied thanks to the excessive use of swooshing sounds, not only during the fights, but also outside of them. Whenever someone raises a gun, a sword or even moves their head, there’s a swoosh! It seems Florentine still drew plenty of inspiration from his years working as action director for the Power Rangers TV franchise. The funky sounds, fast zooms and goofy camera angles all make a return in U.S Seals 2. The big difference is that instead of harmless kid-friendly skirmishes, the film delivers actions that hurts with plenty of broken necks and with cut throats.

The first half has a couple of martial arts appetizers and the brakes are taken off afterwards, with a 45-minute showdown that has our brave seals rushing from one battle to the next. The action hits fast and hard with the camera whirling around the actors, and Florentine shows great skill in staging and capturing the fights with stunning intensity.

An Ultimate Classic of Cheeky Carnage!

Sticks, swords, and chains are all enthusiastically utilized for creative killings. There’s more weapon fights than unarmed combat but it makes it all the more exciting. We also get our fair share of people being slammed through walls and floors. Despite the super-low budget, the film has a sharp and crisp look. Florentine has a great eye for composition of the images, and perfectly utilizes the backdrop of some huge Bulgarian industrial ruins to create an almost post-apocalyptic vibe.

Florentine puts two decades of US fight flicks to shame with this simultaneous stroke of genius and insanity. U.S. Seals 2 is a fine example for Hong Kong-style action made in USA, and another testimony of his talent to generate incredible action sequences!