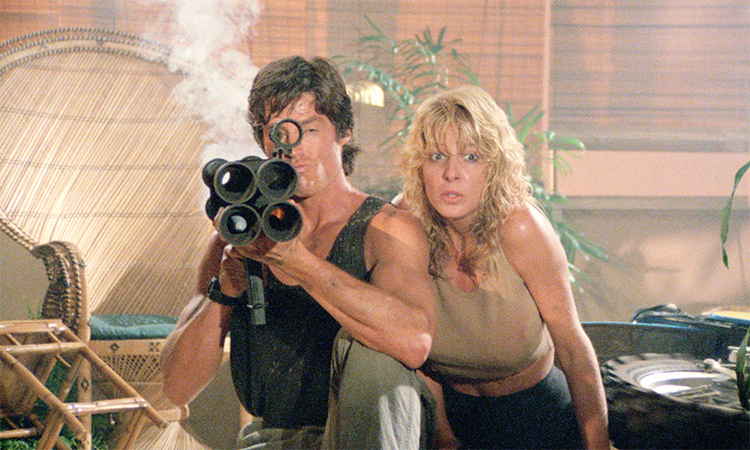 The ultimate cult classic is truly everything you’d want in for a UAMC party! 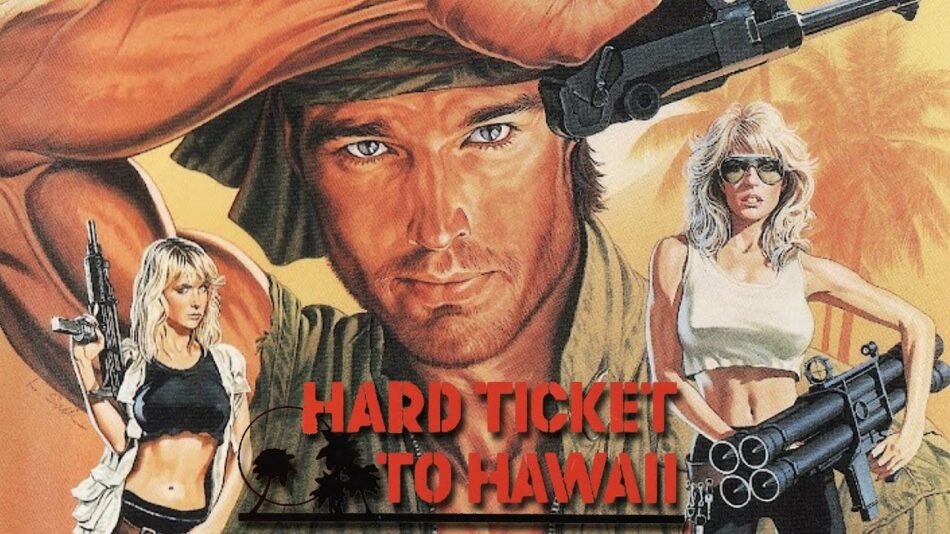 A topless woman kisses her cop-boyfriend goodbye as she moves to the Hawaiian island of Molokai. An exotic and dangerous snake hisses on-screen. Welcome to Hard Ticket to Hawaii. This B-budget Hawaiian parody of action cinema finds a healthy fan following with tongue-in-cheek action and lots of topless scenes.

Hard Ticket hits all the notes that define the genre of action cinema in things like Miami Vice or the James Bond franchise only from the perspective of the Bond girl this time instead of James himself.

There’s the sly assassination attempts (on a skateboard), the lively secondary characters (a matrie’d with serious boundary issues), a seductive night-before-the-final-battle scene, and a lot of contrived plot. The film leans into those beats wholeheartedly and turns them into comedy.

Donna Speir plays Dona, an undercover DEA agent who discovers a narcotics scheme operating on Molokai as she hangs ten with her civilian friend Taryn, played by Hope Marie Carlton. As the two girls venture deeper and deeper into this Hawaiian gangster plot they encounter resistance from the local crime lord Seth Romero (played by Rodrigo Oberon).

They call upon the help of their friends Rowdy (Ronn Moss) Jade (Harold Diamond), and Edy (Cynthia Brimhall.) They must survive skateboard assassins, crossdressing double-crossers, marijuana-smoking Hawaiian goons, a villainous crime lord, and one toxic snake.

The reason this movie works so well is the incredible amount of straight-faced acting everyone brings to this movie. The whole thing would fall flat if every actor wasn’t playing their roles with absolute gusto. Sure there are some genuinely cringey moments but that’s part of the fun. It really ventures into the fantastic when it comes down to the action of the film.

And Ultimate Action Out the Wazoo 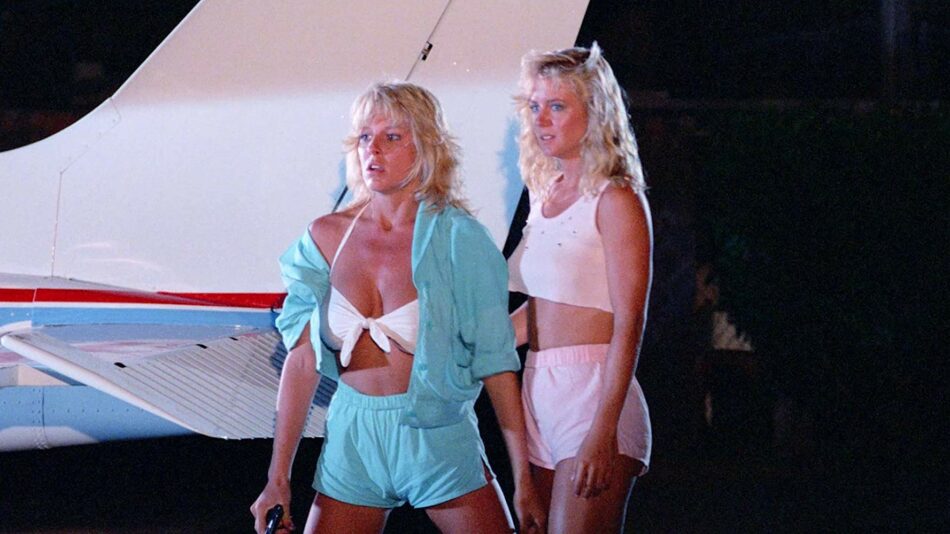 Nothing about the action in this movie makes sense. Jade operates a four-barrel rocket launcher. Taryn casually strolls around with nunchucks that never get used. They use the rocket launcher to kill the skateboard assassin AND the blow up sex doll he was using as cover. In one infamous scene Rowdy uses a razor blade edged Frisbee to kill a man.

It’s the kind of incredulous action that can only garner laughter. After a handful of pitiable scenes with stopping dialogue we need the sheer chaotic joy of the film’s insane action. These are the moments that really help us remember this treasure trove as Ultimate.

Lastly this movie never ceases to supply topless women. In some incredible contrivances the leads seem to never wear bras, or much clothing, or any clothing at all from time to time. It’s a gimmick clearly designed to entice men into the theater. It’s hard for me to say what it really contributes. It’s so contrived it’s quite obviously unnecessary to the movie, but that’s kind of what this movie is about. The oversexed action-stuffed 80’s action flicks we all grew so fond of. 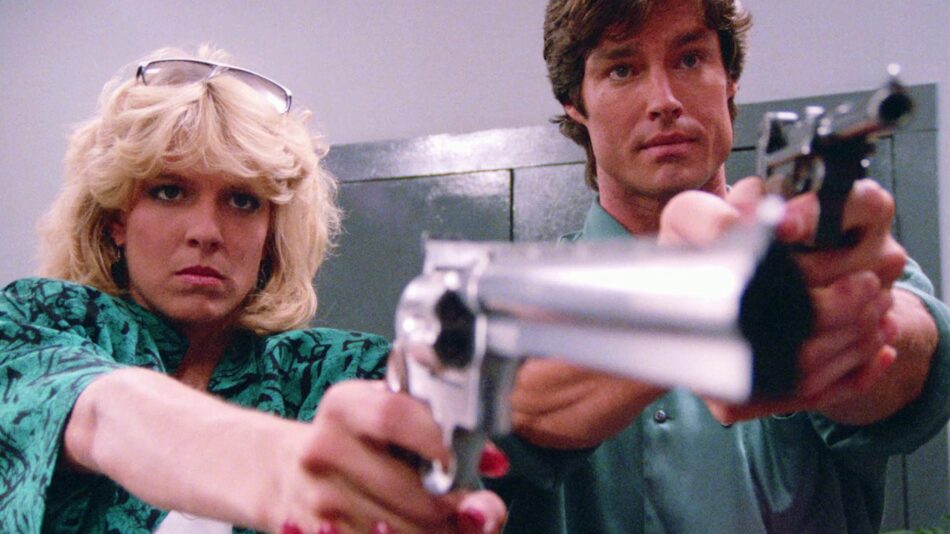 I can’t recommend enough for all you Ultimate Action lovers out there. It’s healthy to have a little laugh here and there. This movie pokes and prods at the absurdities of ultimate action lampooning it to the highest degree. It succeeds in it’s utter mockery of the genre and in being so hyperbolic makes the case for the enjoyment of its predecessors.

It’s just so loony you learn to appreciate the less absurd (which is to say everything) staples of the genre. Still, every success needs a parody and Hard Ticket to Hawaii is the most harmless parody of Ultimate Action I can think of.