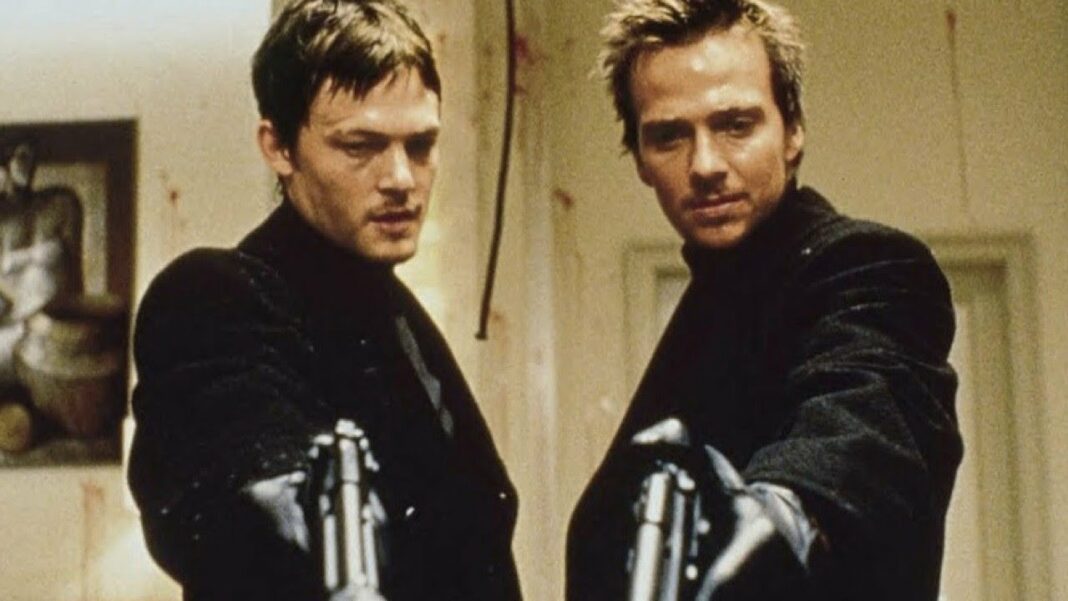 A look back at the unexpected cult classic Boondock Saints. 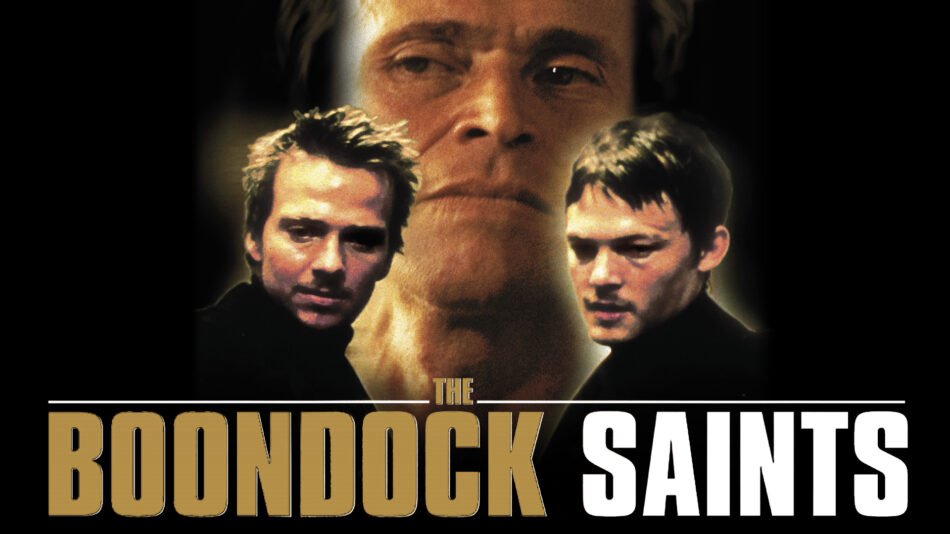 I can’t say for sure, but I believe the last time I saw Boondock Saints was probably 15 years ago when I was 16 or 17. I probably saw it four or five times in high school. We even watched it in class a few times when we convinced a substitute that it was part of our English curriculum. The sub, by the way, really enjoyed it – especially the cat scene for some reason.

Originally released in 1999 by writer and directed Troy Duffy and starring the iconic Irish MacManus brother duo of Sean Patrick Flanery and Norman Reedus and a truly beautiful performance by Willem Dafoe, the film was not considered to be much of any note when it was first released.

Yet, I can say that for a teenage period I probably listed it as one of my favorite films – along with Fight Club and Pulp Fiction – as a shining example of superb auteur filmmaking. Now, 15 years later and with the cynical eye of a film degree and probably another thousand films viewings under my belt, I can’t say it’s THAT good. But it also isn’t all THAT bad either.

But, for the purposes of an Ultimate Action Movie Club article on the film, I have to really ask myself pointedly – is it ultimate?

The Rags to Riches Story of Troy Duffy 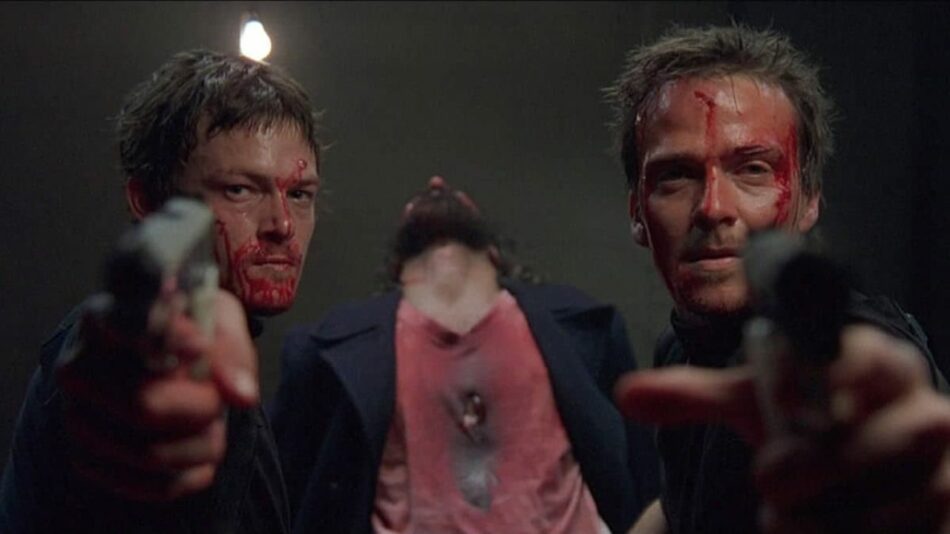 The story of Boondock Saints very much is the story of Duffy. Seemingly out of nowhere, the Connecticut-born Duffy – who moved to Los Angeles as a musician – wrote the script for Boondock Saints on a rented computer and almost immediately launched a bidding war between studios.

This was back in 1996, and the influences and similarities of Quentin Tarantino’s stylish and brutal indie hit Reservoir Dogs might have been in the back of producers’ minds. In fact, Harvey Weinstein was even negotiated to provide a $15 million budget. Duffy took $450,000 from Miramax to write and direct the film, but would eventually lose some of it back when the project would eventually stall out.

Many names were attached to the project, and in what would have probably been the most ultimate version of the film would have seen Stephen Dorff and Mark Wahlberg as the MacManus brothers with either Sylvester Stallone or Patrick Swayze as FBI Special Agent Paul Smecker (the role that eventually went to Dafoe).

However, in parts which one could image might be due to Duffy’s inexperience (as well as reported abrasive behavior), the project was dropped by Miramax before being re-picked up by a smaller indie studio which was able to finally cast Flanery, Reedus and Dafoe and shoot on a $6 million budget in Toronto.

Boondock Saints would go on to be a major box office flop, but mostly due to a limited release of only five theaters. However, as most probably everyone has seen it, Boondock Saints found its home on the shelves of Blockbuster video –  where it became a cult classic sensation and is reported to have earned over $50 million in home video sales and rentals.

I will also say that after 15 years between viewings the film feels really fresh. There’s something about the split and intersecting narratives with the MacManus brothers and their mission from god and the procedule teachings of Smecker’s investigation that is really fun and keeps the plot and pacing from ever getting stale.

Dafoe gets to eat the scenery in the role and he almost seems aware of just how undefined the movie is, so he lets himself play around with several different styles in every scene. Flanery and Reedus are just fine too, although it’s a shame that Reedus was the one to have arguably the better career with his Walking Dead success.

We also have David Della Rocco as David Della Rocco (aka “The Funny Man”) who supplies a good deal of the Tarantino-esque rambling dialogue and many of the film’s most memorable lines. Although I’m split on whether this is a great role or if it’s just too odd to qualify because it’s so much different from what you would expect any sort of movie performance to be. 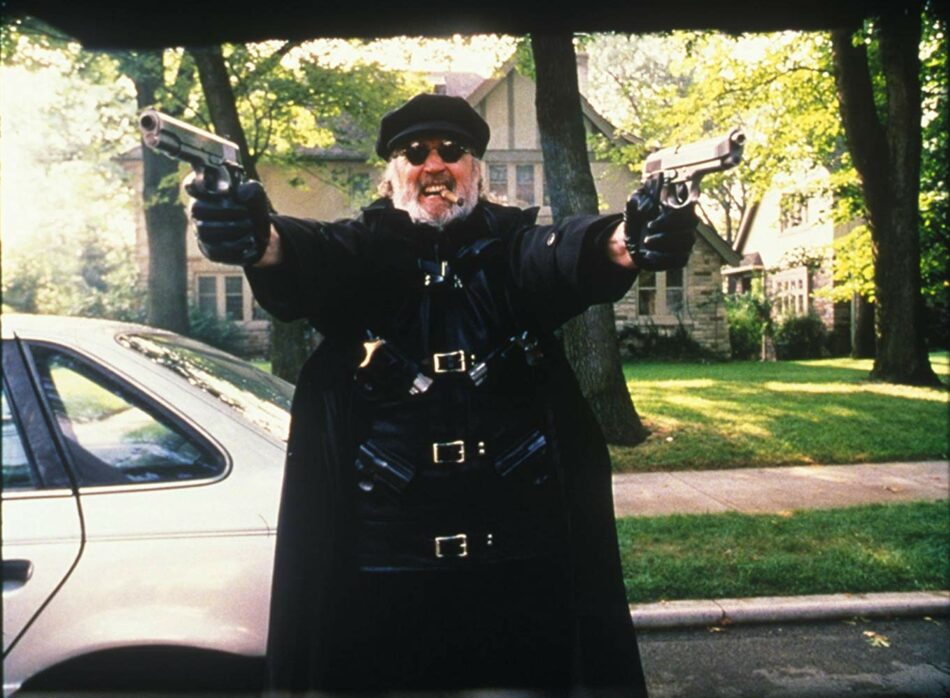 As an ultimate action movie watching experience, Boondock Saints checks a good number of the boxes, but I wouldn’t say all of them. It doesn’t have a true singular leading character, instead it kind of has three. We have Connor and Murphy MacManus – who I wouldn’t categorize as buddies, rather pretty much as one character – and we have Dafoe’s Smecker as the FBI agent who-dunit detective.

We do have plenty of action though, which is great. And Duffy to his credit really loves his action. It’s kind of fun to watch the film through the lens of just a guy who might not have his own singular vision for a film, but just really loves Tarantino, Scorsese, Fincher, Michael Bay and Tony Scott.

And not to say that you can even really pick out any scenes, sequences or shots that seem to be lifted or homaged from other filmmakers, but it definitely feels like it’s a collage project of some of his favorite modern movie moments.

Perhaps to the astonishment of 16-year-old me, Boondock Saints has not gone on to be Duffy’s Reservoir Dogs. And in watching it again now, it’s pretty obvious to see that it’s not a movie on that same tier. And while it launched a couple of sequels, it didn’t start its own line of quickly produced similar movies that ramp up the action the same way you might have seen back in the 80s.

Boondock Saints might have just been a film at the right place at the right time to succeed in a way that no film did before – or certainly could after. 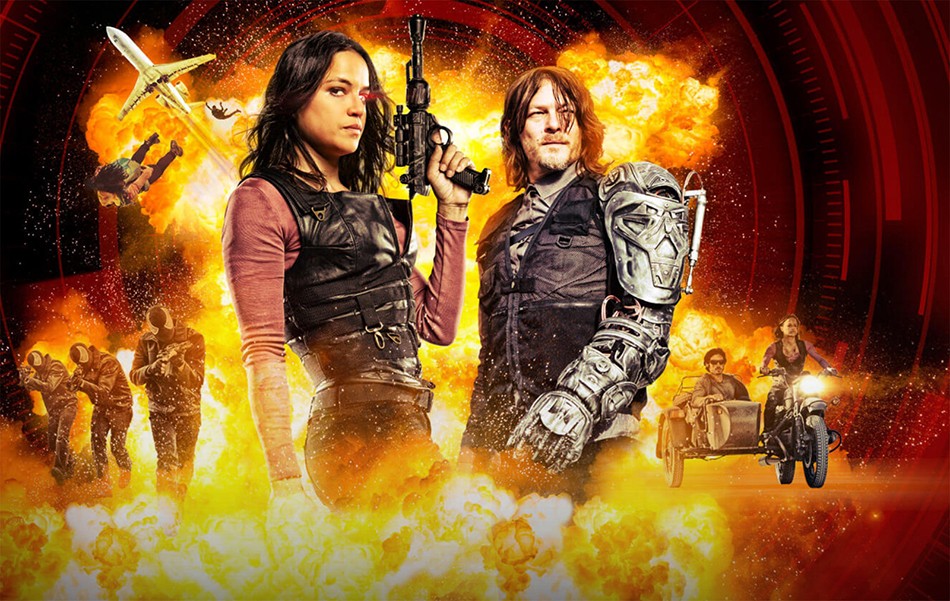