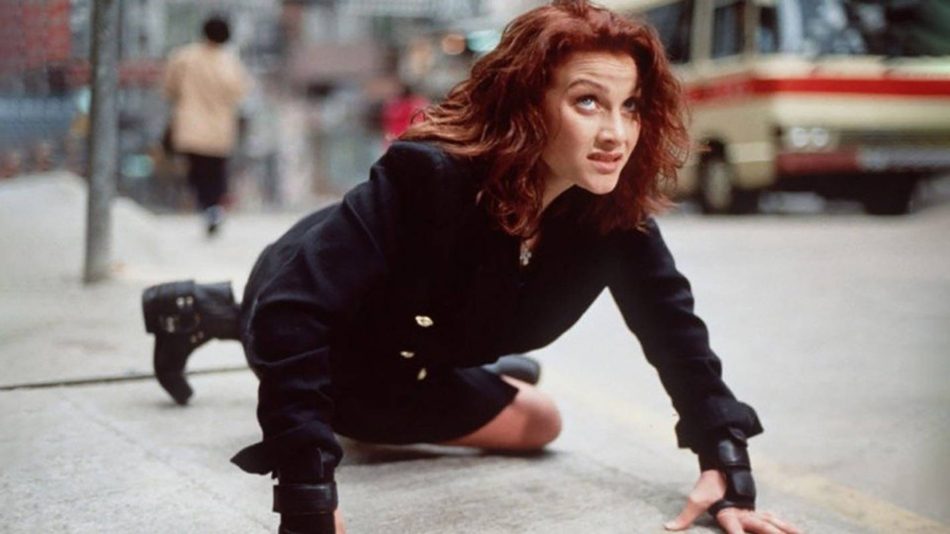 It was 1995 and director Albert Pyun (Cyborg, Dollman) was prepping to film his new cyborg/kickboxing movie, Heatseeker. Facing delays, he decided to use his time wisely and quickly film two movies back to back – Hong Kong ’97 starring Robert Patrick (Terminator 2) and Spitfire (starring gymnast Kristie Phillips).

Both films were released direct-to-video in the U.S. Because of its semi-serious tone, timeliness of the story and star, Hong Kong ’97 found an immediate audience. Spitfire, which had none of those things, took a bit longer, which is really quite a shame. For a movie without a known actor in the lead role, a rushed production schedule and a cast of really whomever happened to be around, it’s not bad.

My name is Bond, (cough) I mean Charles

The film opens in a hotel room where tuxedoed super spy Richard Charles (an under-utilized Lance Henriksen) is bedding CIA Operative Amanda Case (former Playboy playmate Debra Jo Fondren). Case tells Charles he has a daughter (a gymnast) and gives him some nuclear missile launch codes before being killed in a shootout with Soviet spy Carla Davis (Sarah Douglas). Charles escapes via jet pack, flies through the opening credit sequence of a low-rent James Bond movie, and ends up in Rome where he meets his daughter, Charlie Case (Kristie Phillips). He gives her a bag containing the launch codes, and surrenders to a gang of Soviet spies. Now Case, with gymnastics reporter Rex Beechum (the always dependable Tim Thomerson) at her side, must outrun the Soviets, get a key from a half-brother she didn’t know about and deliver it to another half-brother she didn’t know about, kick ass on the streets of Hong Kong and get to her next gymnastics tournaments in Malaysia and Athens on time.

Kristie Phillips is who again? 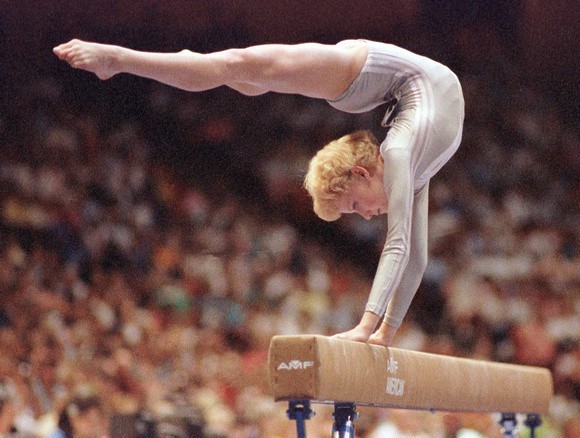 In the late 1980s, Kristie Phillips was kind of a household name. An alternate member of the 1988 Olympic Gymnastics Team member and a former US National Champion gymnast, she was once labeled the “next Mary Lou Retton.” That said, she wasn’t exactly household name when it came to action movies. Truth be told, after watching this movie I tried to find any reason why she would have ended up in the lead role of this movie, her sole acting credit, and I couldn’t find any. It’s almost as if Pyun started phoning around to see who was available, and then wrote a script around whomever he could get on short notice.

No matter how it happened, Phillips rose to the occasion. Now, I’m no expert on gymnastics, but her routines in this film appeared to be solid, as they should be. Pyun didn’t give her much for a script, but she delivered her lines with enthusiasm and seemed quite comfortable with the choreographed fight scenes (in one, she dodges a bullet by doing a backflip). She’s definitely someone I would have watched in another film, heck I could have even seen her teaming up with Cynthia Rothrock. Of course, that never happened. 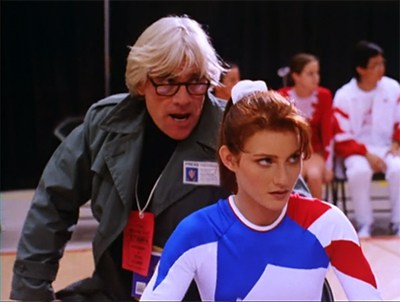 In 1995, I was at my local video store almost daily, yet I have no recollection of seeing this film in the new releases. I remember trailers for its sister movie Hong Kong ’97 (which also starred Thomerson) and I’ve seen it and Pyun’s follow-up, Heatseeker (also starring Thomerson – boy, he was busy). But this movie didn’t show up on my radar until Amazon recommended it to me (you liked Cynthia Rothrock in Guardian Angel, you’ll may also like Spitfire). I’m glad it did, because Spitfire really is a hidden gem.

Is it a great movie? No, but it’s certainly better than a lot of crap I’ve seen (To the Limit starring Anna Nicole Smith comes to mind.) For all its faults – an untested lead actress, an obviously rushed production schedule, scenes that literally have people walking through them, – it’s worthy of viewing.