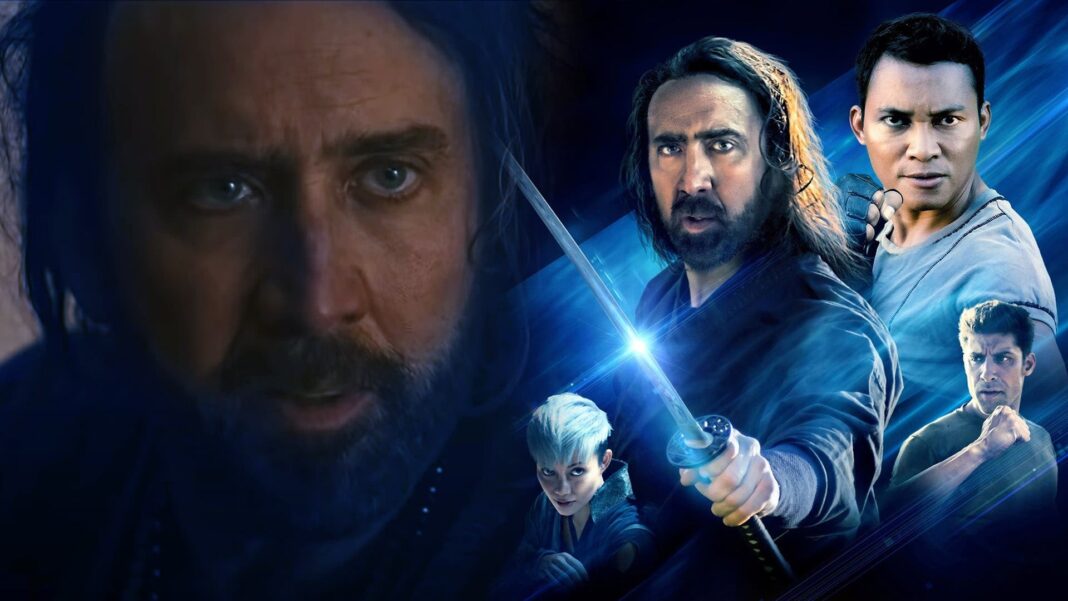 The awesomeness of Nicolas Cage combined with the action of Alain Moussi, Tony Jaa, and Frank Grillo! 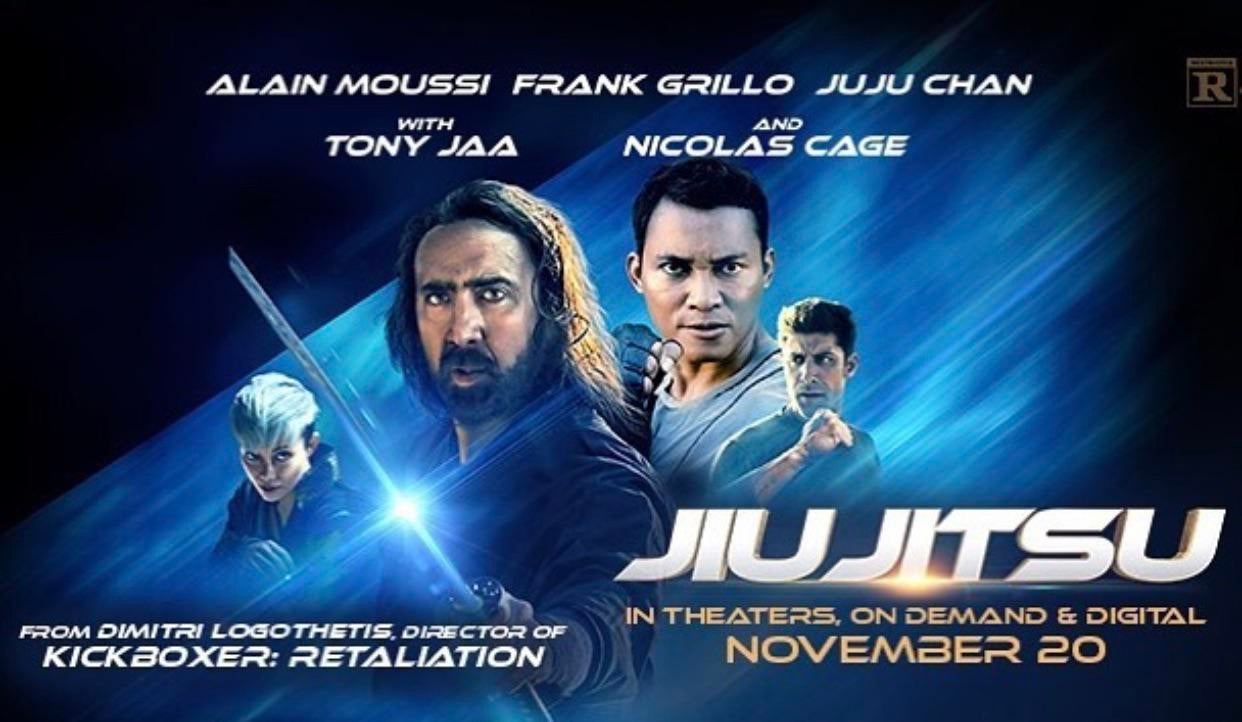 To say 2020 has been quite the year is definitely the biggest understatement in history. Who could have foreseen that a global pandemic would force the closure of everything around the world, including movie theaters, which would compel movie studios to move all their major tentpole action flicks to either next year or the year after that? Not I, I’ll tell you.

But, to be honest, it didn’t really matter. Because you could lose the pandemic, and keep all the big action flicks in this year, and even add some new ones, like… Batman vs Ironman, G.I. JOE Meets the Transformers, etc, etc…

None of it would have mattered… because the most anticipated action movie of 2020 was always going to be Jiu Jitsu.

An ancient order of expert jiu jitsu fighters who must face a vicious race of alien invaders in a battle for Earth every six years. But when Earth’s hero is defeated by the leader of the invaders, the future of humanity hangs in the balance.

When this one was announced, I immediately called it that this was going to be the best movie of the year. The producer/director and star of the Kickboxer: Retaliation, Dimitri Logothetis & Alain Moussi, teaming back up and adding Tony Jaa, Frank Grillo, Juju Chan, and the great one himself, the Cage Man, Nicolas Cage, to the mix was almost too much for my heart to handle. And with that synopsis?? This sounded absolutely perfect. A dream come true of a movie! So now, after seeing it, was I correct? Let’s find out!

Ok, the big question is: was the movie perfect? No. But frankly, what movie is? (*Cough* Robocop *Cough*) But, as an action fan, was it everything I was hoping it would be? Absolutely! This is a gloriously bonkers, all out sci-fi/martial arts action extravaganza! A movie that needs to be seen by all action fans! A pure blast!

Let’s start with the cast. Alain Moussi is once again a very dependable leading man as Jake, the chosen Jiu Jitsu (in the movie, Jiu Jitsu is the title used for the chosen one who will be the last line of defense for Earth when all other combatants fail). While not yet at the level of the reigning kick of the action world, Mr. Scott Adkins, he more than holds his own with the other actors in the cast, and gives a fine leading performance.

Everyone else is awesome. Grillo, Jaa, Chan.They all did their thing acting wise. One little nitpick though regarding the cast: why were Marrese Crump and Rick Yune left out of the cast announcement?? Yeah, Marrese Crump and Rick Yune are in this movie. Was the guy who kicked Jaa’s ass in The Protector 2 and X-Blade from The Man With The Iron Fists not good enough to be announced with the rest of the cast?? I thought that was wrong. 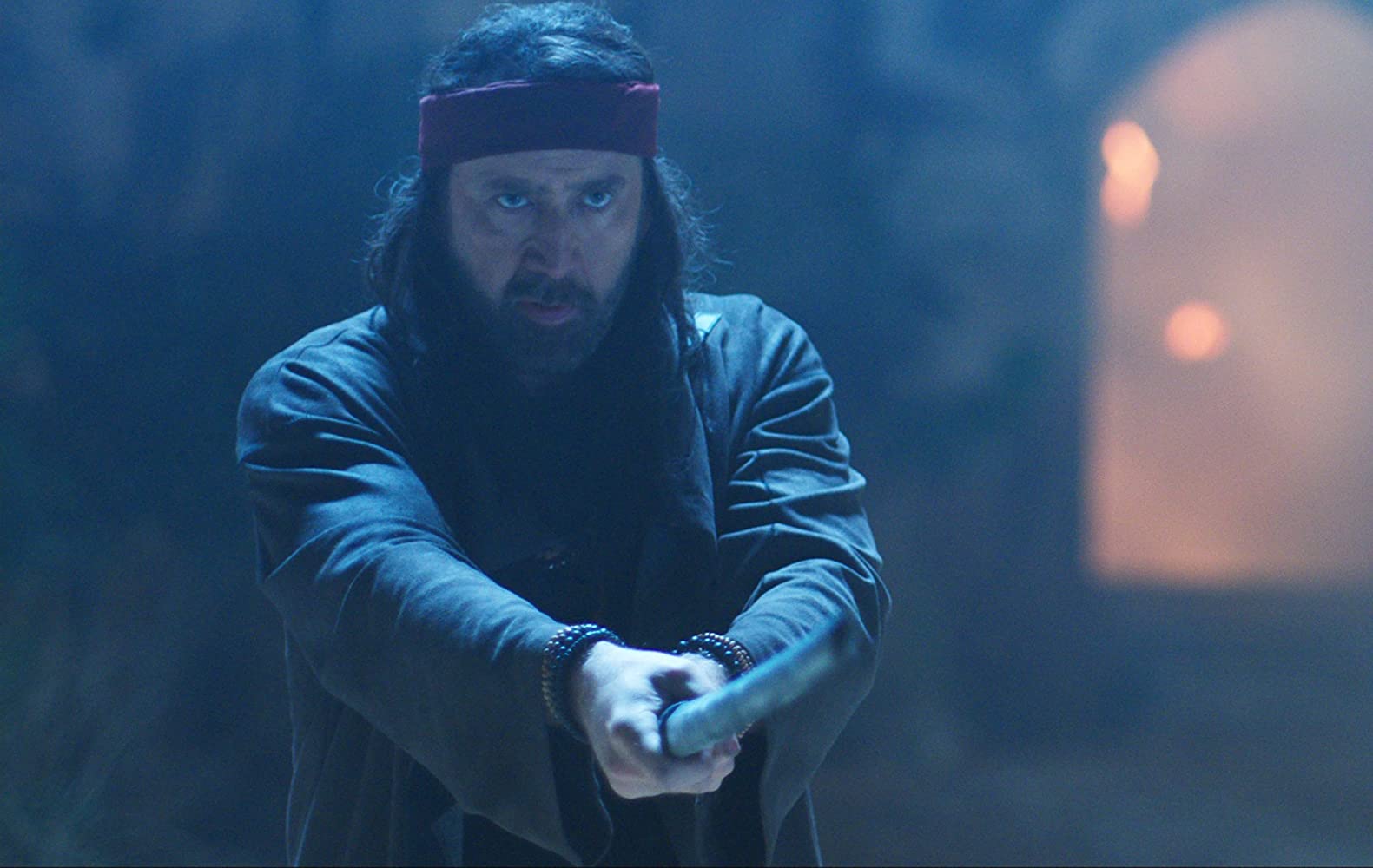 But now, onto the acting MVP of this movie, because of course he would be, Nicolas Cage. Cage is an absolute joy to behold whenever he is onscreen. The idea to cast him in the role of the wise but eccentric kung fu mentor was nothing short of genius, and Cage plays it amazingly. I mean, just look at the line of dialogue they gave him to describe the alien: “The poet warrior in the sci-fi sense. The Spaceman.”

Now, picture Nic Cage saying that. Brilliant, right? I thought so too.

Now, onto the goods: the action. This is where the movie succeeds the most. The fight sequences are out of this world! (pun intended) I mean, the choreography is solid, but it gets taken up a notch thanks to the creativity behind the camera. Director Logothetis and his cinematographer Gerardo Madrazo (also returning from Kickboxer: Retaliation) really find unique ways to film the fight scenes without ever obstructing them, giving us new and awesome ways to view them. Salute.

The fight scenes are also immensely plentiful. The action starts right from the top and barely lets up until the end. Logothetis and his action director Supoj Khaowwong give us some of the most blistering fight scenes of the year, particularly Tony Jaa’s introduction to the film. There’s truly some exciting stuff in here, folks. 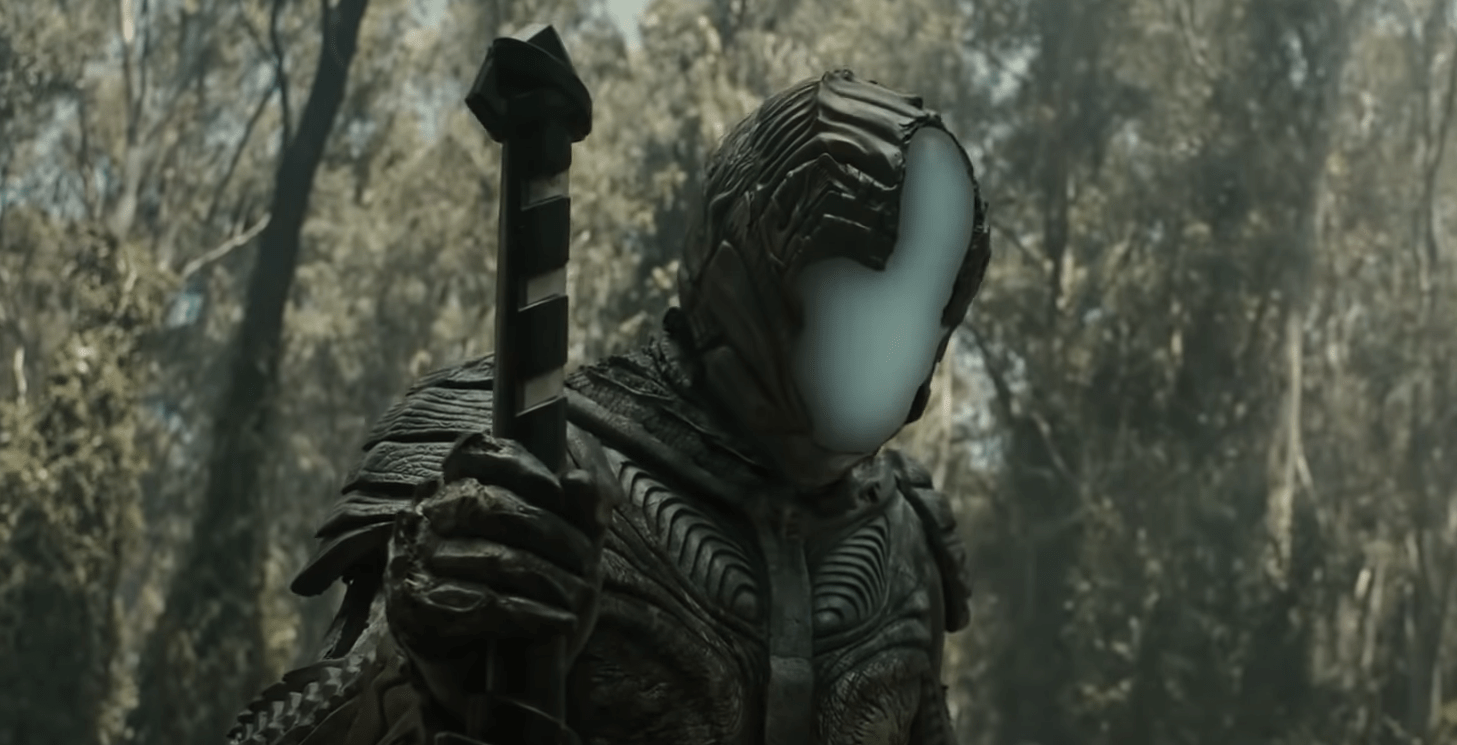 Now, onto the problems. The movie has quite a few moments where it drags. See, while the plot sounds fairly complex, the film itself is pretty simple. “Guy with amnesia discovers he’s been chosen to defend the Earth from an invading alien.” That’s it. That’s the whole movie in a nutshell. So with a story that simple, the movie really only works off of the backs of Cage and the Action. And when there’s no Cage or Action? It can get really bland and aimless.

Also, Grillo and Yune are wasted in the action department. Both men have proven to be really good action performers over the years, and this would have been as good a place as any to showcase that. But while the rest of the cast get copious amounts of moments to shine (even Cage), it seems like Grillo and Yune got the shaft. Especially Yune. He doesn’t even get to fight! Grillo does, but fairly briefly. Yune gets to shoot a big machine gun, and that’s all. Are you kidding me?? He’s X-Blade!! Let the man rock out!!

Finally there’s a character in here that’s meant to be the comedy relief, but just comes off as increasingly annoying. Luckily they’re not in the film all that much, but when they’re there? Oh boy…

But, with that being said, I really enjoyed this. I just wanted some wild & crazy martial arts awesomeness to put a big ole smile on my face, and by golly, I got it. And when you consider everything that has happened this year, I think I deserve that. We all do. 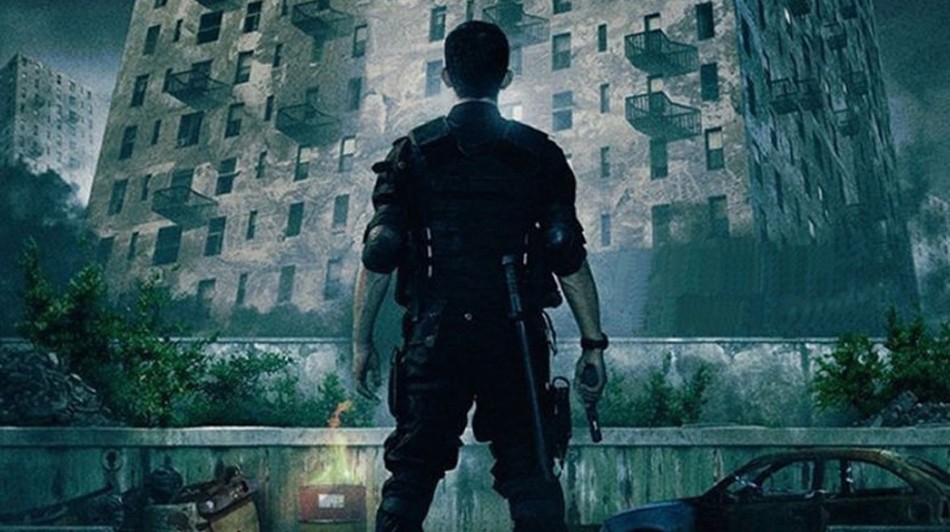