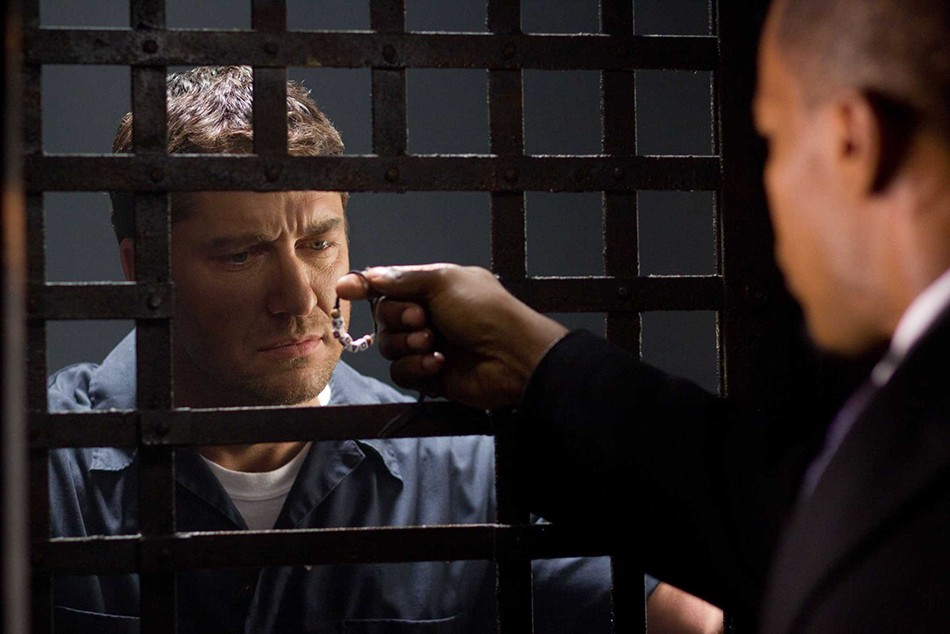 Gerard Butler and Jamie Foxx go mental for each other in ‘Law Abiding Citizen’ (2009). 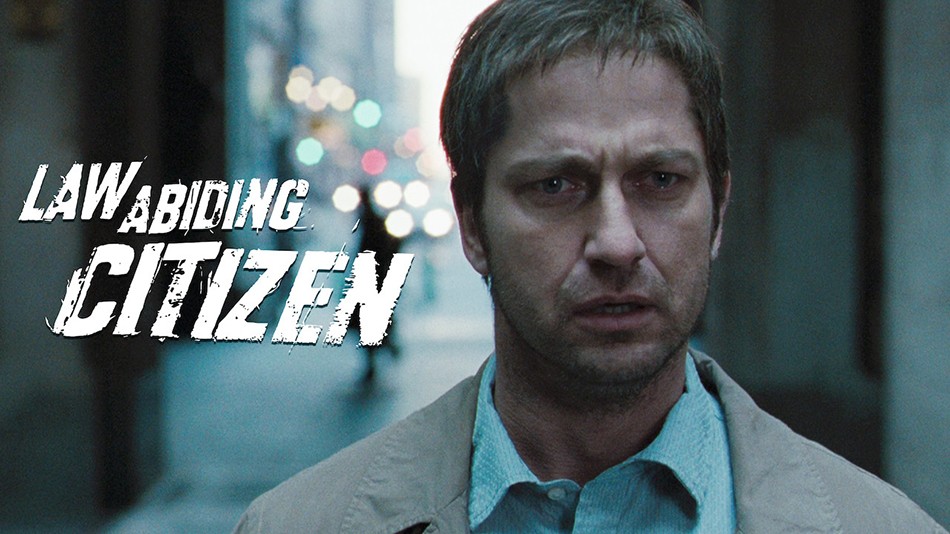 Alright, to be perfectly honest I only recently watched Law Abiding Citizen because, while scrolling on Amazon Prime, I thought it starred Steven Seagal. Turned out it was just a squinty eyed Gerard Butler on the cover with Jamie Foxx, and by the time I realized my mistake I was a good 30 minutes into the movie and was already hooked.

From a brilliant opening, to some solid Fincher-esque cinematography and a tight plot (at first), Law Abiding Citizen slowly turns into one of the most disappointing finishes of all time – and very well could have been a worthy action franchise in its own right if it had just stayed true to its guns. 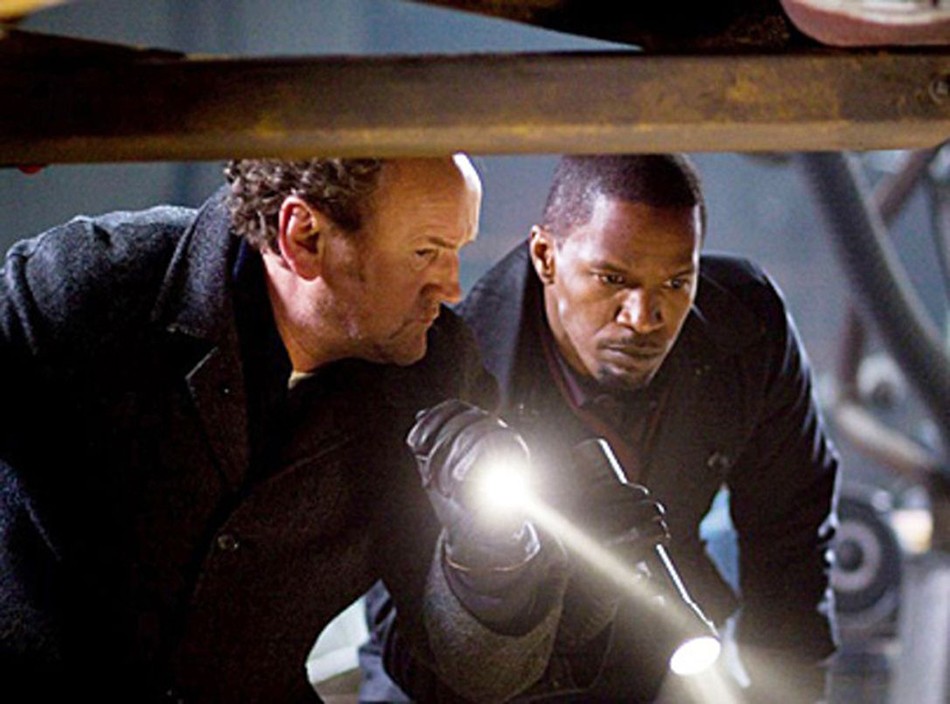 2009 is not the greatest year for ultimate action movies, but damned if director F. Gary Gray and writer Kurt Wimmer didn’t find a way to sneak one in to an era where action absolutely had to be thematically tied with other genres like crime, thriller, or much worse… romance.

I’ll keep referencing David Fincher’s Seven (aka SE7EN) as its John Doe protagonist appears to be what Law Abiding Citizen’s Clyde Alexander Shelton’s (Gerald Butler) character is at least in the vein of.

But for action fans, the vigilante revenge plot will be familiar enough, it just has a much darker added twist. Which is cool at first, but man does it fail to deliver the goods eventually! 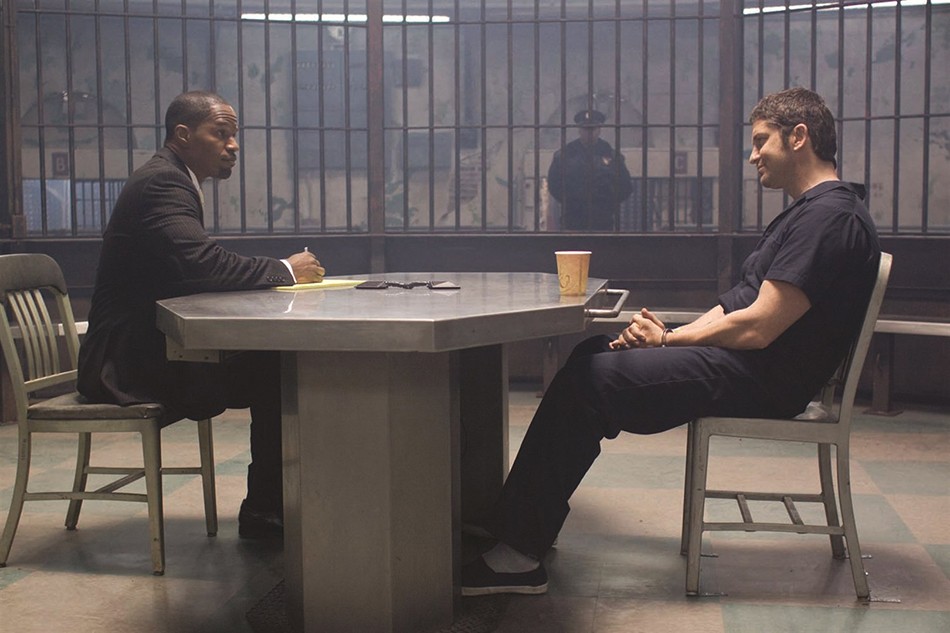 It’s hard to say who the true “star” of the film is, essentially Jamie Foxx is the good guy and Gerard Butler is the bad guy, but for most of the film Butler might appear to be the “hero” in the action movie sense as he’s the one exacting the vigilante vengeance.

I’d say they’re both solid performances, although the tone seems to be off in some scenes. The style of the film goes from procedural to thriller similar to Tony Scott’s Enemy of the State for sequences. It also feels similar to other action thrillers of the time like Michael Mann’s Collateral – which also stars Foxx against Tom Cruise in similar roles, to a degree.

SPOILERS: How the Ultimate Let-Down Ending 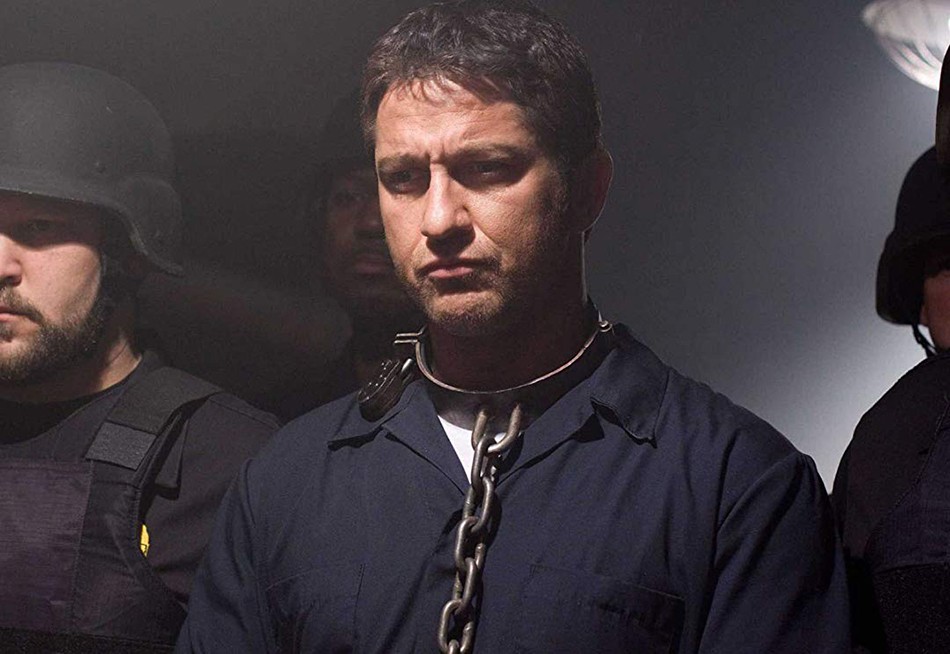 And man, for a movie with a tight and engaging a first act as I’ve seen in just about any modern actioner, Law Abiding Citizen absolutely falls apart at the end. Well, holdon, let me retract that a bit. It falls apart at the very, very end. The beginning of the third act starts promising enough. We’re getting to the endgame and the stakes are raising nicely.

But then, Foxx receives his hero’s journey elixir in the form of… an email? And blam! Tables turned! Now we have Foxx discovering the inner workings of Butler’s diabolical plans and systematically disarming them one by one.

Only to set up a final showdown for the ages where… the two guys talk. For a few minutes. Then one explodes. I get that the movie was more about wits than brawn, but damn man. Couldn’t we have at least seen a major psychological showdown.

Overall it felt wrapped up way too quickly and with way too nice of a bow on it to tie everything together. PLUS, I can’t help but think if it had been Steven Seagal instead of Gerard Butler what kind of ultimate showdown we would have had. Or just throughout the film, to see Seagal acting like a criminal genius always one step ahead would be hilarious and awesome.

Hollywood, let’s make it happen with the reboot in 2025!


Have you seen Law Abiding Citizen? Let us know your thoughts on in the comments below or on our Facebook page!