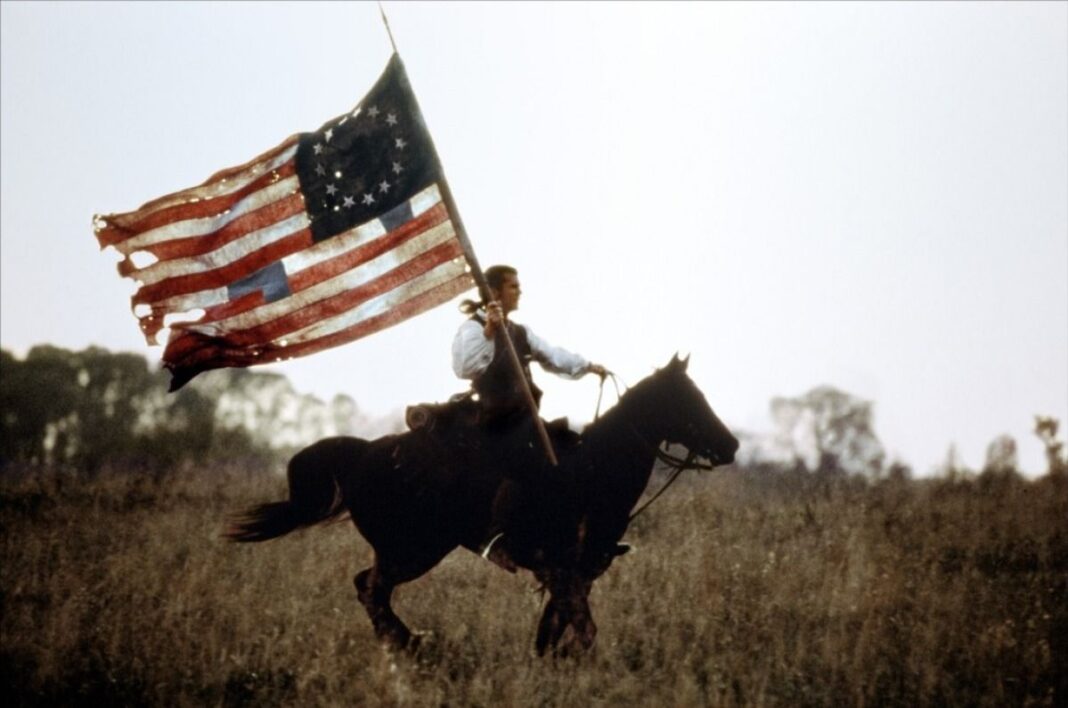 George Washing-who? America was really founded by a German action-disaster director and a mad Australian ex-pat. 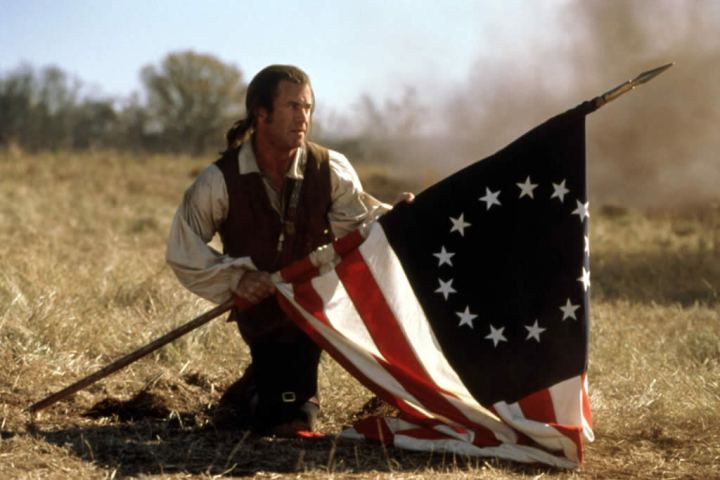 Sure, you could go to school and listen in history class. Or you could spend all of thirty minutes reading through the wiki page on the American Revolution. But the most ultimate version of how these United States of America were founded are best captured in the two and half hour runtime of the Mel Gibson period action drama The Patriot. Which stars two Australian-Americans, is directed by a German action-disaster maestro, and confirms that all the bad characters from every movie from Star Wars to Harry Potter deserve to be English because they suck. USA all the way baby!

In all seriousness, The Patriot might not be anything more than a white-washed, revisionist melodramedy of what can loosely be defined as a Shakespearean mashup of characters and icons from the American Revolution, but I’d be damned if it doesn’t still stand up as a just a solid action movie. It has some great performances by its leads Gibson, Heath Ledger, Joely Richardson and Jason Isaacs. It has a solid enough script that does indeed raise the stakes as much as humanly possible (which is key for any action-drama), and under the watchful eye of Roland Emmerich’s (Universal Soldier, Independence Day, White House Down) big budget blockbuster sensibilities it fires on all cylinders.

It also just has great action. It has intense fight sequences. It has very impressive large scale battles. It has blood and explosions and cannon balls blowing people’s heads off. And it culminates in a good guy vs. bad guy showdown with the stakes of a nation resting the edge of Gibson’s tomahawk.

The History of The Patriot

I find it funny reading about The Patriot today that there has been so much criticism written about it as a film overall, rather than focusing on it as just a badass summer blockbuster movie. There’s a great deal to say about the many historical decisions that went into the movie that I can guarantee were all thought about, quandaried over, and ultimately decided on in regards to accuracies, atrocities and portrayals of fact vs. fiction. And in every case, the winning side was always going to be the ones based on what hot summer theater goers were going to prefer.

While Mel Gibson’s Benjamin Martin can be seen as a composite of American Revolutionaries like Thomas Sumter, Daniel Morgan, Nathanael Greene, Andrew Pickens, and Francis Marion, he’s actually a composite of historical action heroes like Kirk Douglas, Steve McQueen and Peter O’Toole. The movie is an almost by-the-numbers action narrative where every scene serves the purpose of making Mel Gibson more of a hero, Jason Isaacs more of a villain, and the stakes for their eventual showdown as high as possible.

Anything else about the movie, by the filmmakers at least, is seen as ancillary and thrown in simply to give the rest of the world of film critics and historians enough fodder to discuss as they will. The biggest indicators of how well the film did comes directly from the box office, which could be considered a moderate success bringing back $215 million against a $100 million budget, and the fact that Mel Gibson’s continued star ascension. 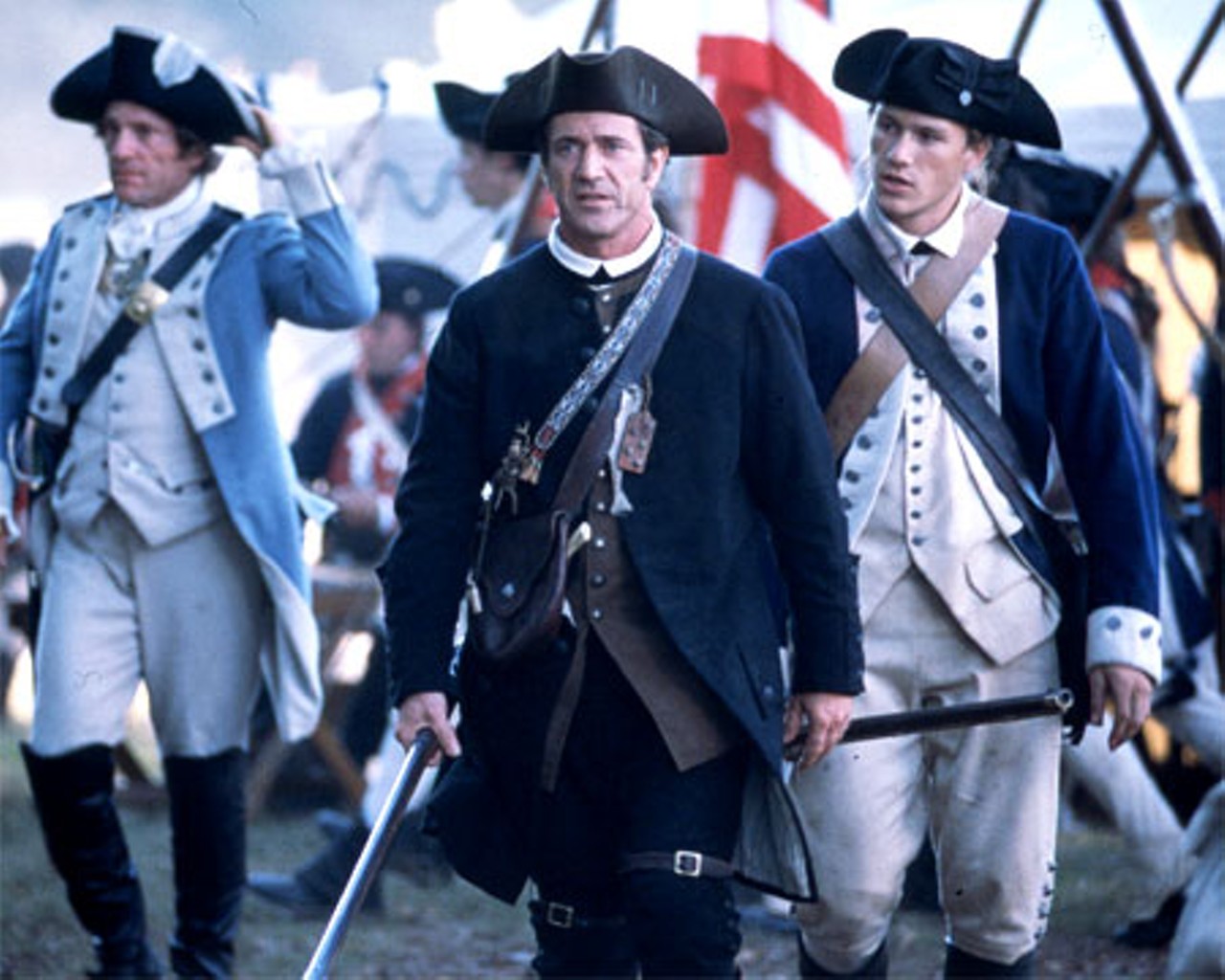 As Harrison Ford surmised as why he apparently turned down the role of Benjamin Martin, it’s very much a “violent” film that “boils the American Revolution down to one guy wanting revenge.” And it most definitely is a revenge movie! You don’t want Charles Bronson on your case? Don’t murder his wife! You don’t want Liam Neeson hunting you down? Don’t kidnap his daughter! Don’t want Mel Gibson hacking your troops apart one by one? Don’t mess with his family! When will bad guys/aristocracies learn?

At a 160+ minute runtime, we get pleeeeeenty of opportunities to see Mel Gibson’s Martin turn from a peaceful retiree back into a seasoned wartime marauder. He loses not one, but two sons, one of whom has received almost as much screentime as he has up to that point, as well as having his homes burned down more often than I can even remember. We also get some of the most heartless portrayals of war crimes this side of Johnny Mad Dog, as Isaac’s Colonel Tavington plays one of the most punchable-faced bad guys of all time.

Mad Max Mel easily becomes the Mad Swamp Fox Benjamin Martin and showcases some creative brutality in some great sequences where he and his barely old enough to hold a gun kids take down an entire British company. Conveniently though in The Patriot, he’s also able to flip as needed back into the midl-manner diplomat when needed as he also is needed to represent the ideal American statesman preaching democracy and equality for all. Because if you’re a summer blockbuster you have to give your audience all of the cake and ask them to eat it too.

How Ultimate is The Patriot Today

In some ways The Patriot is both very lucky and very unlucky to have come out when it did. With a Summer 2000 release it was able to be one of the last true action blockbusters to enjoy a full box office cycle before 9/11. It also would be one of the first mega action blockbusters to quickly have its memorability so drastically changed post-9/11 as its uber-patriotic message would undoubtedly take on, at least slightly, different meanings to audiences in these next few decades.

Now, it doesn’t feel much different than any other big summer blockbuster from its time like Independence Day or the film it obviously takes a lot of characterization and sequencing from with Gibson’s Braveheart which had come out five years prior. It’s also noteworthy to many for its breakout performance by Heath Ledger who was finally able to push past his teeny bopper roles and graduated into serious action and drama sensibilities.

Overall while The Patriot might not find its way into the digital e-learning pages of your kids junior high history books, it will always make ultimate supplemental viewing if you’d like to show off how blockbusters have helped us find new ways to enjoy the badass good guy vs. evil snotty British guy dynamics of USA Action history! 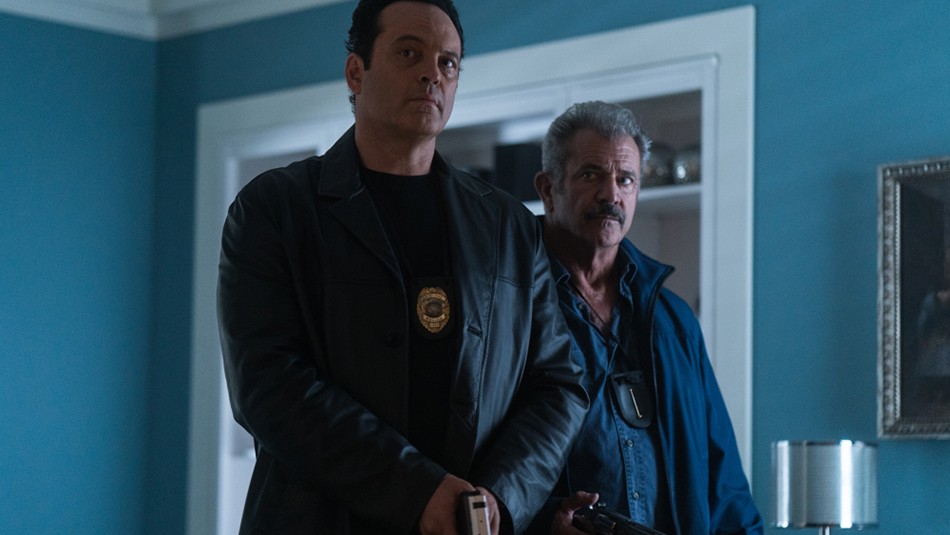