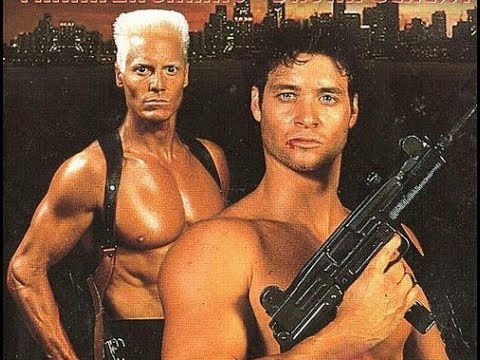 Zagarino as the blonde terminator and Genesse as a martial arts McClane! 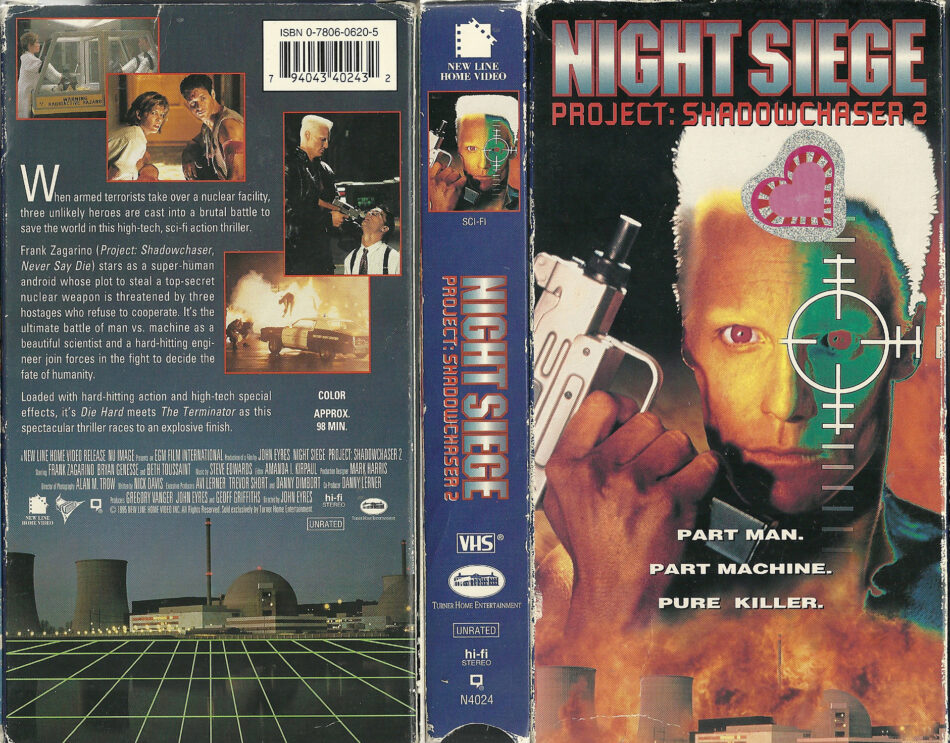 Being a physical media collector, whether it is VHS’, DVD or Blu Ray, just like other collectors out there, we all have our “most wanted” lists. Night Siege: Project Shadowchaser II has been on my list for a while and I was finally able to track it down. So today UAMC readers, it is with a big yippee-ki-yay, that I bring you this review…

The official plot from the back of the DVD cover goes like this:

“In the ultimate battle of man vs. machine, a beautiful scientist and a hard hitting engineer join forces against a super-human android programmed to steal a top secret nuclear weapon”.

Promoted as Die Hard meets The Terminator, it more than lived up to that hype for me. Executing elements from both films and making it work shockingly well.

The one and only Frank Zagarino (Armstrong/Trained to Kill/Blood Warriors) is the one on the cover as he plays the Terminator-like android in 4 of these Shadowchaser films, but this second entry of the series also stars Bryan Genesse. It’s just as much as a Genesse vehicle as it is one for Zagarino. 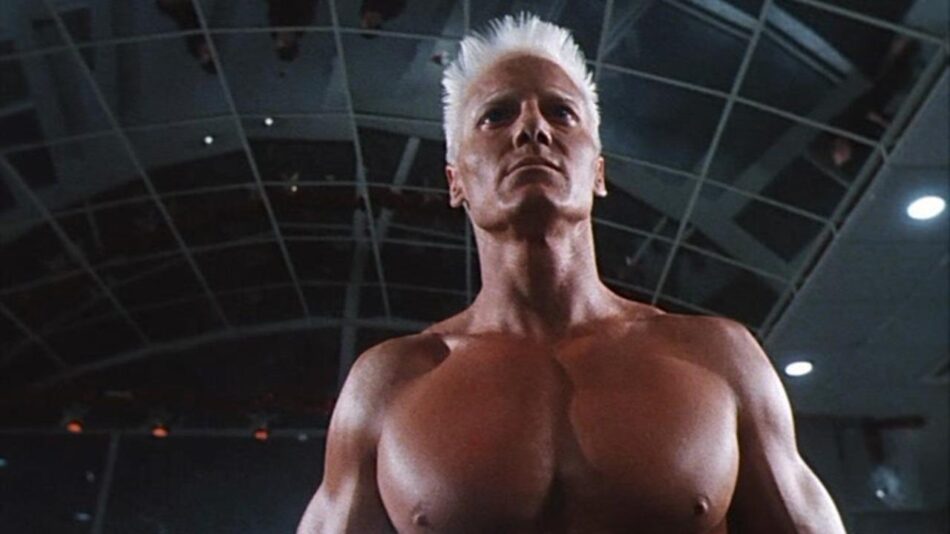 The beginning sees Genesse cruising in a convertible and he gives this hitchhiking kid a ride, as his mother works at the same facility that Genesse does. Genesse is just a “lowly janitor”, who gets talked down to and pretty much fired, because he drinks too much. The boy’s mother, is a scientist there… played by Bon Jovi video girl, Beth Toussaint. She definitely has the looks and yes she was in one of Bon Jovi’s first videos, “She Don’t Know Me”, circa 1984. She did quite a bit of TV and some other b-movies, such as Fortress 2 and Hijack, but she should have done more as she was good in this.

The first time we see Zagarino, it is as memorable of an entrance as any. As he emerges from some smoke, shirtless and bulked up, with an awesome tan and hair to match… he yells while firing his machine gun. When done firing on everyone, he puts on one of their little party hats and says “Merry Christmas”! Yes, we have another action Christmas movie that needs to be added to our annual rotation!

For a b-movie, this seemed to have quite the production and set pieces. Blood and explosions a-plenty and it was all shot very well.

Before the inevitable final showdown with Zags, Genesse has a number of killer hand to hand fights as well… each made distinctively and memorably! One of the first ones ends up with a baddie being set on fire, still coming at him and we see Genesse take him down with a couple jump kicks! Then later on we get another fight where he gets to wield some nunchucks.

Side note:we don’t see nearly enough nunchuck action in these movies, so it was cool to see. A couple more scraps end in cool ways as well, involving an axe to the head and water electrocution! The climactic fight between Genesse and Zagarino is the best of em all of course and as epic as you could hope for. Both getting to show off their kicks and martial arts skills.

But How Ultimate is it Really? 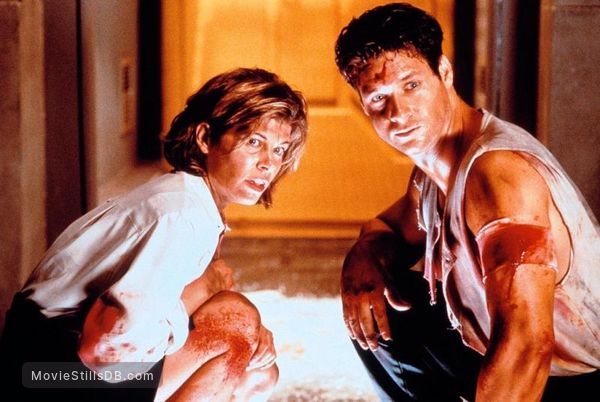 The rest of the cast were pretty solid as well. We had Todd Jensen (The Cutter/Target of Opportunity) as one of the terrorists, Danny Keogh (Wake of Death/Operation Delta Force 2 & 3) as the sheriff, Daniel Bonjour (The Walking Dead) as the kid and Genesse movie alumni Gavin Hood (Live Wire Human Timebomb/Traitor’s Heart/Kickboxer 5).

One of the things that make an ultimate action movies so ultimate the one liners and we had some good ones here! Zagarino says “Welcome to the main event! In one corner we have the janitor and in the other… Me!”. There are some others, but I am not trying to spoil the whole movie for ya. Zagarino is at his unhinged best and his ruthless android character is certainly larger than life.

I will also say while going back in my rediscovery of this 80s and 90s action genre, Genesse has become a favorite for sure. I love some of his others like Live Wire Human Timebomb, Death Train and my recently reviewed Cold Harvest, but Night Siege: Project Shadowchaser II just might be his finest all around film!

Zagarino as the blonde terminator and Genesse as a martial arts McClane – Night Siege: Project Shadowchaser II if not already in your collection, should be on your most wanted list as well!