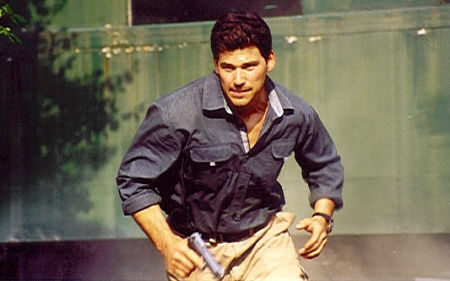 Nu Image brings you back to the good ol’ days of DTV cinema!

So my journey continues into the vast DTV (direct to video) action genre. If you are into these kind of films like I am, you will probably see a lot of them stamped with the Nu Image logo. Just like other past companies like Cannon and PM Entertainment, anytime you see these logos, you know you are in for a throwback of a good time.

Here we have Target of Opportunity, released in 2004, this is one of those films that feels like it could have been released about a decade earlier and maybe it would have attracted more of a following. Same can be said for the film’s leading man, Dean Cochran. 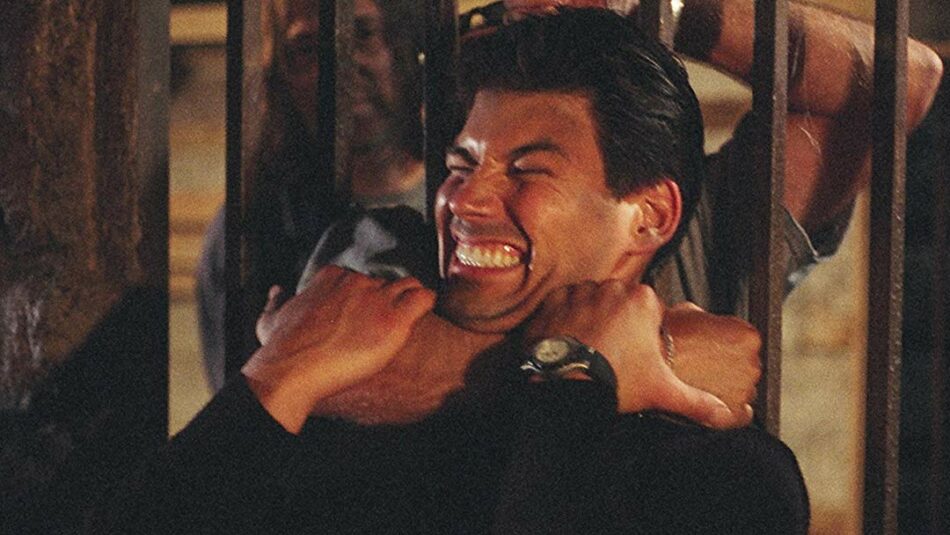 Holding black belts in kung fu and kenpo, Dean started with some smaller roles in the 90’s until he was brought in to lead a few films of his own, including another Nu Image flick Air Marshall (that I’ll have to review some time for you as well), along with appearing in Chuck Norris’ final starring film, The Cutter (read our full UAMC review here!). In recent years, Cochran has worked behind the scenes on The Revenant and Blood Father.

But back to what is his shining moment in the spotlight, Target of Opportunity. He co-stars with b-action movie veteran Todd Jensen (Cyborg Cop/Operation Delta Force). They are lifelong friends that both work for the CIA – it starts with an operation gone bad where Jensen ends up saving Cochran’s life.

Todd Jensen and Dean Cochran Together 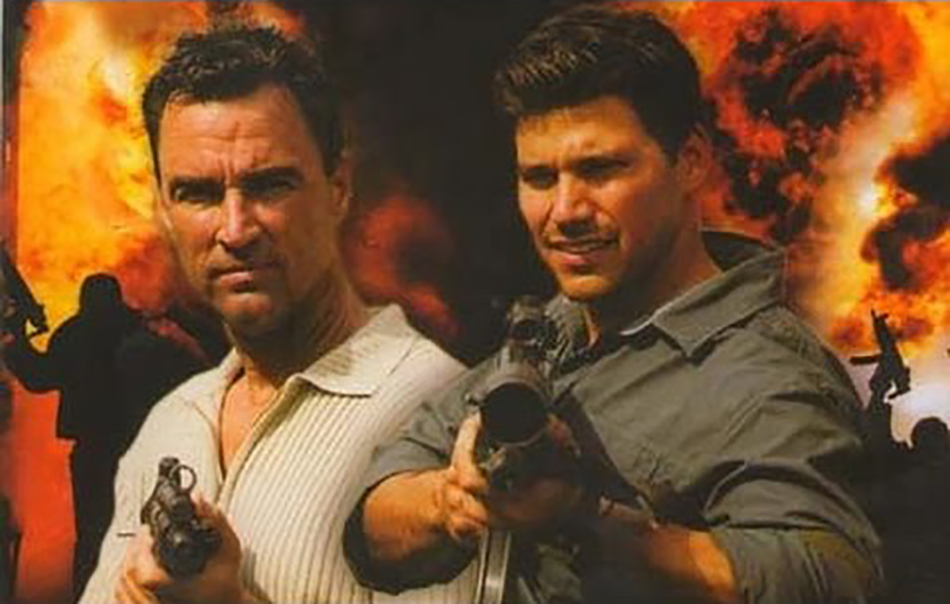 Fast forward 5 years later, they reunite only for Jensen to leave Cochran with a mysterious briefcase. Cochran gets a call from an unknown woman days later and says that Jensen needs help as he is in a prison in a Balkan country.

The CIA says he is dirty, but of course he doesn’t believe that could be true about his best friend, so he travels to save him. From there is when the movie starts getting good, highlighted by a cool breakout scene. What makes the story most interesting is the twist… Jensen now has amnesia, doesn’t know who anyone is, including himself.

There is a pretty funny tidbit having to do with that at the end. The movie follows them trying to figure out what he was involved in and how deep a hole he dug for himself.

Despite what I seen multiple reviews of this saying Cochran only gets to show off his martial arts skills at the end, there are actually a few solid fights throughout. One an underground scrap between the two friends, another seeing them team up to take on multiple bad guys on a bridge and an especially cool one with the film’s main baddie played by Bashar Rahal (Bridge of Dragons/The Tournament/Direct Contact).

Of course there are plenty of good shootouts as well, but if you know me, you know I live for the hand to hand stuff.

Cochran and Jensen make a good team that brings you back to the good ol’ days of DTV cinema. An underrated, fun actioner. Thank you, Nu Image!