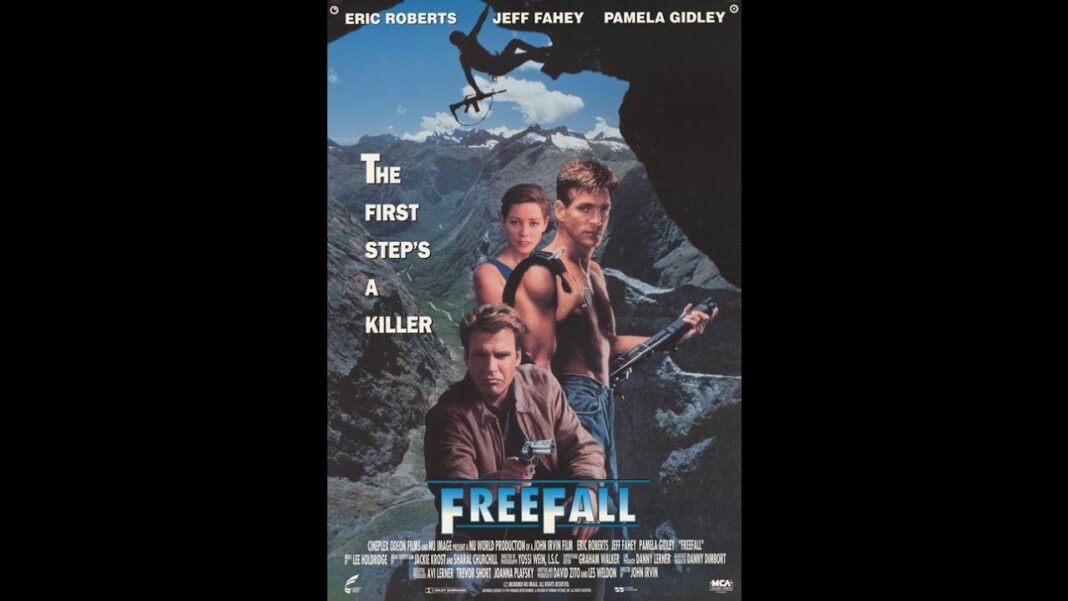 Can Julia Roberts’ brother outclimb Stallone in his own extreme sport action thriller? 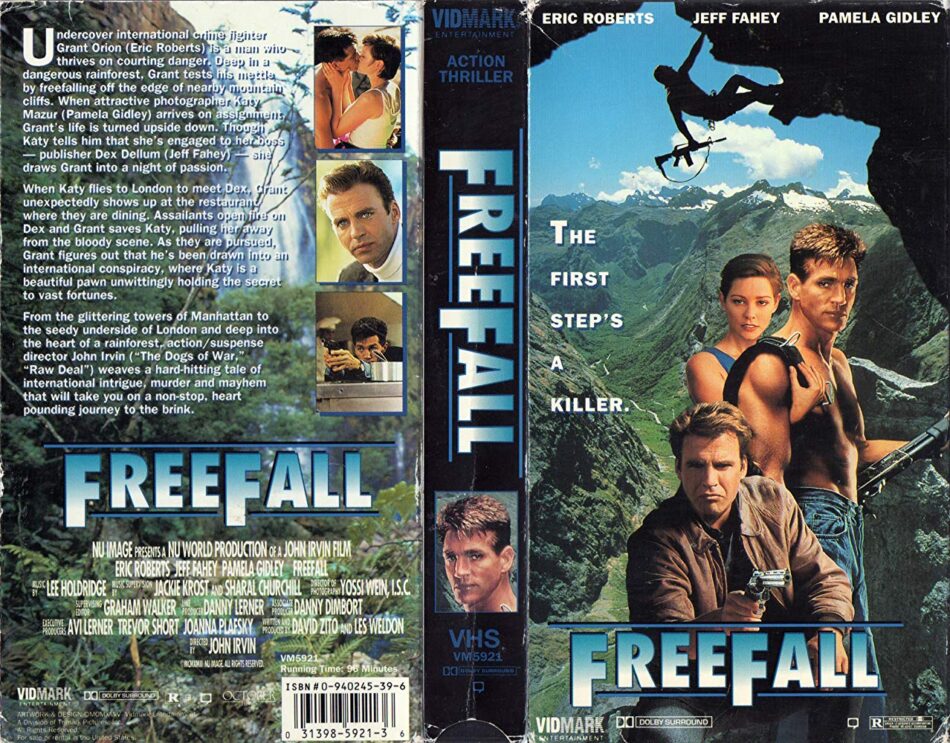 The answer to the question above is no. As much as I actually liked Freefall, it is not a superior movie to Stallone’s Cliffhanger. But, despite the cover suggesting that it may be in fact a complete Copycats! worthy knock-off, Freefall is actually very much its own unique, and ultimate, action movie.

We also get a great share of Eric Robert badass-ness and surprisingly fresh love story with the sultry Pamela Gidley, along with great plot twists and showdowns with Jeff Fahey. So, let’s take a look at this Cliffhanger-esque-but-not-really-at-all action classic!

While myself – and many a Ultimate Action Movie Club fan – might know Roberts best for his work in the first two Best of the Best films (in which Roberts proves that he’s both excellent at ultimate fighting and dramatic crying). The rest of the world might know him best for… well… whatever the heck you might have seen him in.

The man has been A LOT of movies. Some good. Some bad. Some Ultimate. Some non-Ultimate. With over 561 credits to his name, the man has been a workhorse over the course of his career.

And even with the vast breadth of his filmography, Freefall stands out. Out of the 500+ films Roberts has been featured in, I doubt he’s ever had a character better than Grant Orian. We’re first introduced to Orian through the gaze of Pamela Gidley’s Katy, as she watches Orian jump off of a cliff into a waterfall.

We then get to slowly meet Orian through her interactions with him as he reveals himself to be an ex-Hollywood stunt performer, who is also an Interpol secret agent with a long list of worldly conquests, powerful friends and even more powerful enemies… or is he?

A Love Story with Action 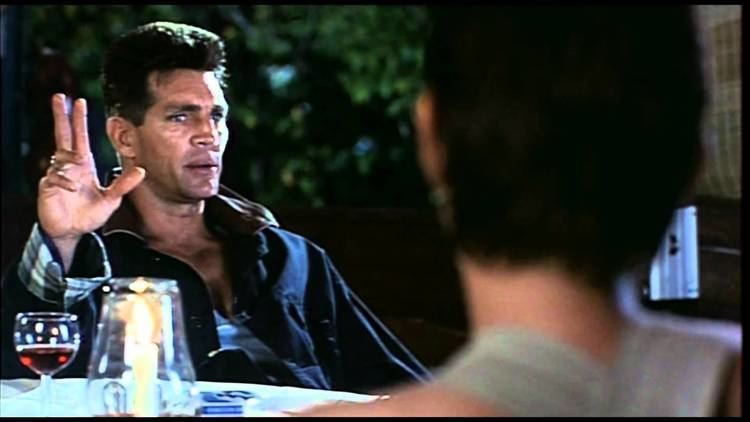 Again, as the VHS cover misled me on this one. Freefall really isn’t a straightforward action movie. Not that Cliffhanger was either, but this might have slightly less action than that. Instead, it’s mostly a love story between Grant and Katy, which, by the way, manifests itself quickly after their first encounter and mostly focuses on an absolutely drenched in sweat Roberts for most of the scene.

The rest is an almost never-ending stream of plot reveals, mostly at the expense of Katy, as Orian’s past life is catching up to him. And while he confesses his love for Katy, he also seems to literally put her in harm’s way at every turn.

And it gets worse too as the other man Katy has been involved with, Jeff Fahey’s Dex, is just as bad for her as well. And we eventually get an emotional tug-of-war between the two as everyone who shows up is instantly double crossed and we get the majority of our shootouts and other action escapades. 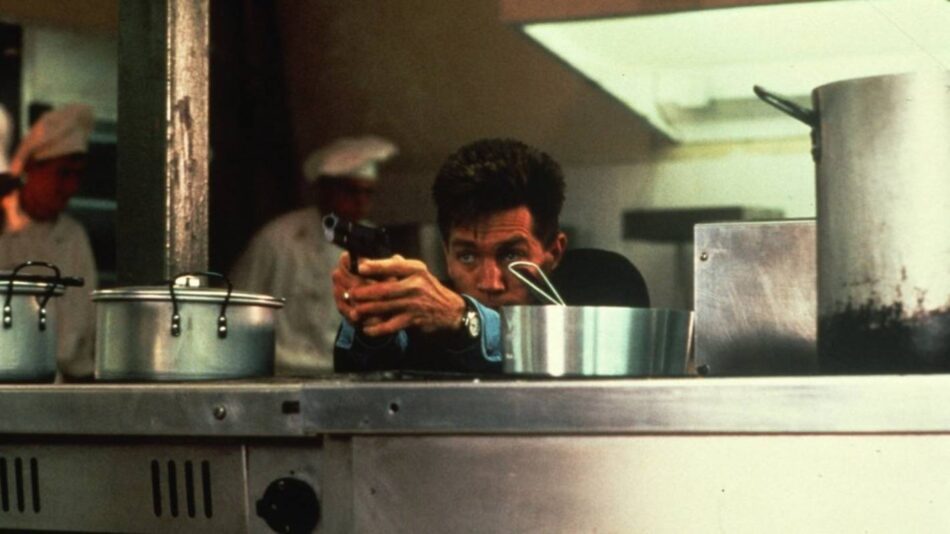 So the question is, how does Freefall work as an Ultimate Action Movie. Well, it checks enough boxes for sure. Eric Roberts checks the majority of them himself as he truly is a 90s action superhero of sorts.

It also features a decent final showdown that is actually pretty on part with the final grapples between Stallone and John Lithgow at the end of Cliffhanger. We also get a satisfying final ledge drop and plenty of awesome one-liners from Roberts, including his final pickup line: “ever parachute naked into a volcano?”

Overall, it’s quite enjoyable and recommended for group gatherings. I’d say it does pair well with Cliffhanger, but maybe not how you’d expect. Would probably put it into an Eric Roberts Top 10 action movies list for sure. Check it out!