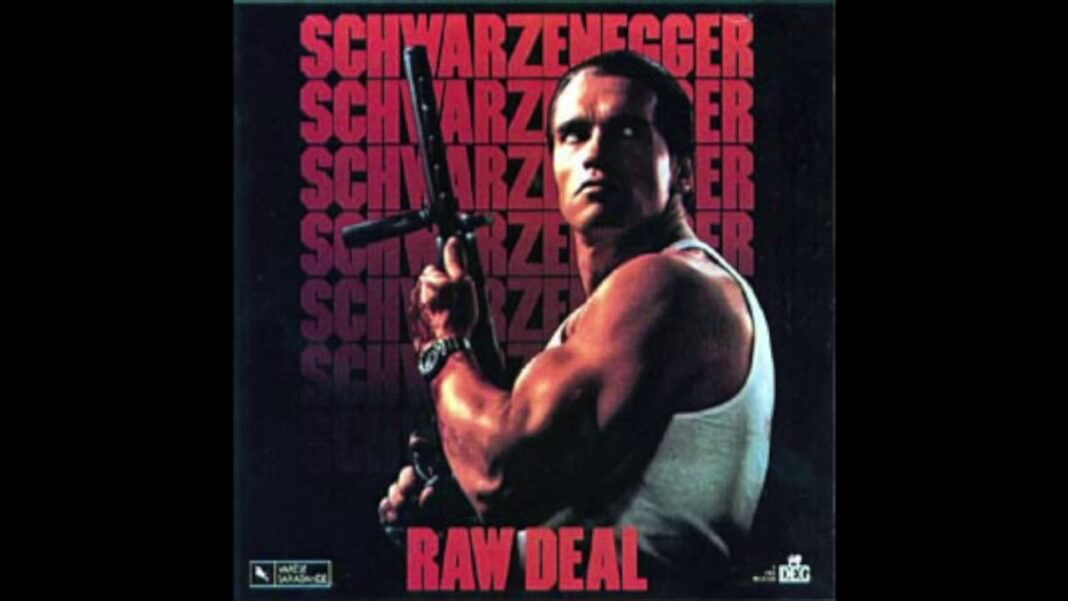 Another example of how Arnie wrote the book on making ultimate action movies! 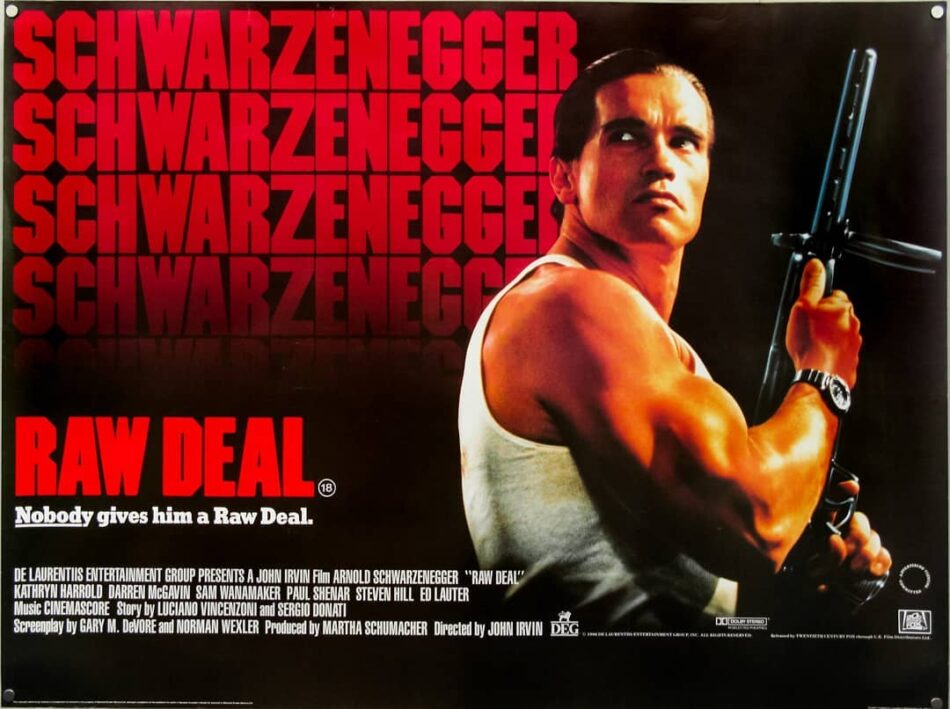 Arnold Schwarzenegger has a reputation as the biggest body in any movie and his movie credits supply an incredible resume. Sandwich somewhere in between The Terminator and Predator you’ll find one of the staples of 80’s action movies: Raw Deal.

Here Arnold drops his eponymous one-liners to the tune of killing gangsters in Chiacgo’s mob scene. He’s at his most “Schwarzenegger-ness” throughout the flick chewing up scenery and beating up bad guys.

Raw Deal delivers on everything you expect from an action flick: machismo, one-liners, and bullets galore to deliver something of a perfect time capsule into the Ultimate Action Cinema style.

Arnold Doing What He Does Best

Schwarzenegger plays Max Kaminski, a disgraced former FBI agent. When an old colleague shows up and offers him a chance to get back in the Agency with an off-the-books mission he willingly accepts. First, he fakes his own death. Second, he buys a bunch of nice suits. Third, he integrates himself with the mafia, Yojimbo-style. Fourth, he takes them all down. Justice is served.

Everything about this conveys the idea of action cinema. Arnold’s costars Sam Wanamaker, Paul Shenar, Robert Davi, et al serve up some classic gangsters. The kind who decide to rob the police to steal back all the money and dope they impounded from prior crime scenes.

Arnold just smiles and quips his way through them all. His come up in the criminal world surprises maybe only the gangsters he’s trying to impress as he bashes goons left and right while never splitting a seam on his suits. 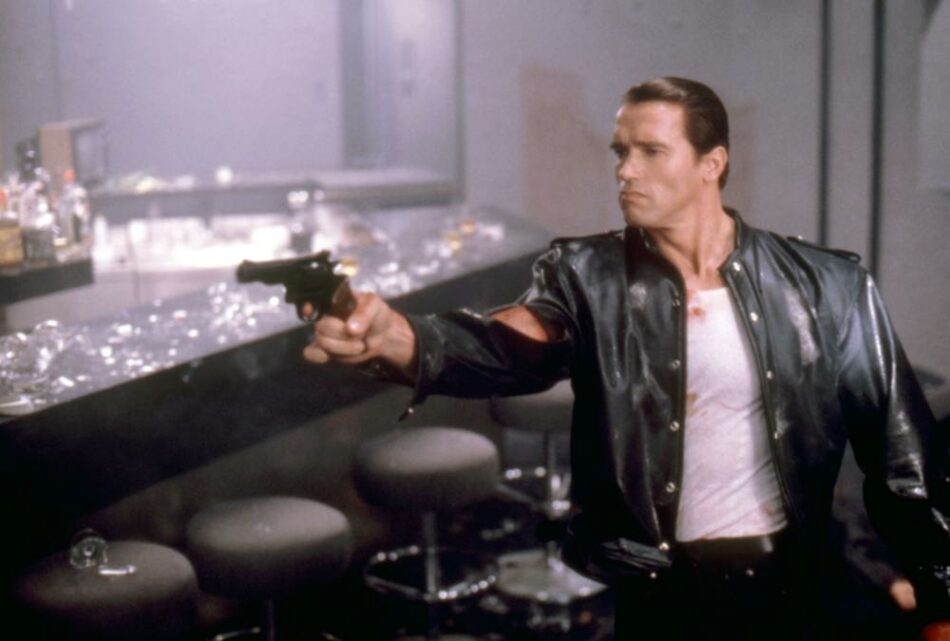 He’s a wholesome hero though since he never kills innocents (only roughs them up a bit.) When faced with the temptation of a woman who’s not his wife he feigns sleep, extricating himself from a morally complicated situation with ease.

Everyone here plays their part and plays it gleefully. The villains are evil, the heroes are good, and the dame gets out from the criminal world. The movie sticks it’s landing as a pitch perfect crime-action flick.

Instead the action really lands in this one. It’s a chance to truly appreciate practical stunt work. Arnold punches and hurls full bodied men across the room like they were nothing. Gangsters blow each other way with submachine guns.

The car chases (even an opening chase scene) thrive with rapid edits and impressive choreography. The movie delivers on all the things expected of it even giving us a short sequence of Arnold loading several machine guns into bags.

A Simple and Ultimate Actioner

It’s a macho film and easier to digest because it’s relegated to what Arnold Schwarzenegger does best. Ignore his feigned attempts at heart and dig deeper into his humor and his stunt work.