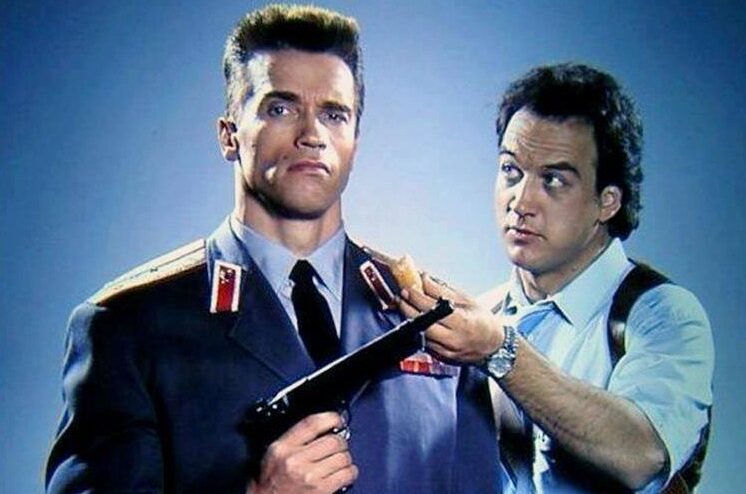 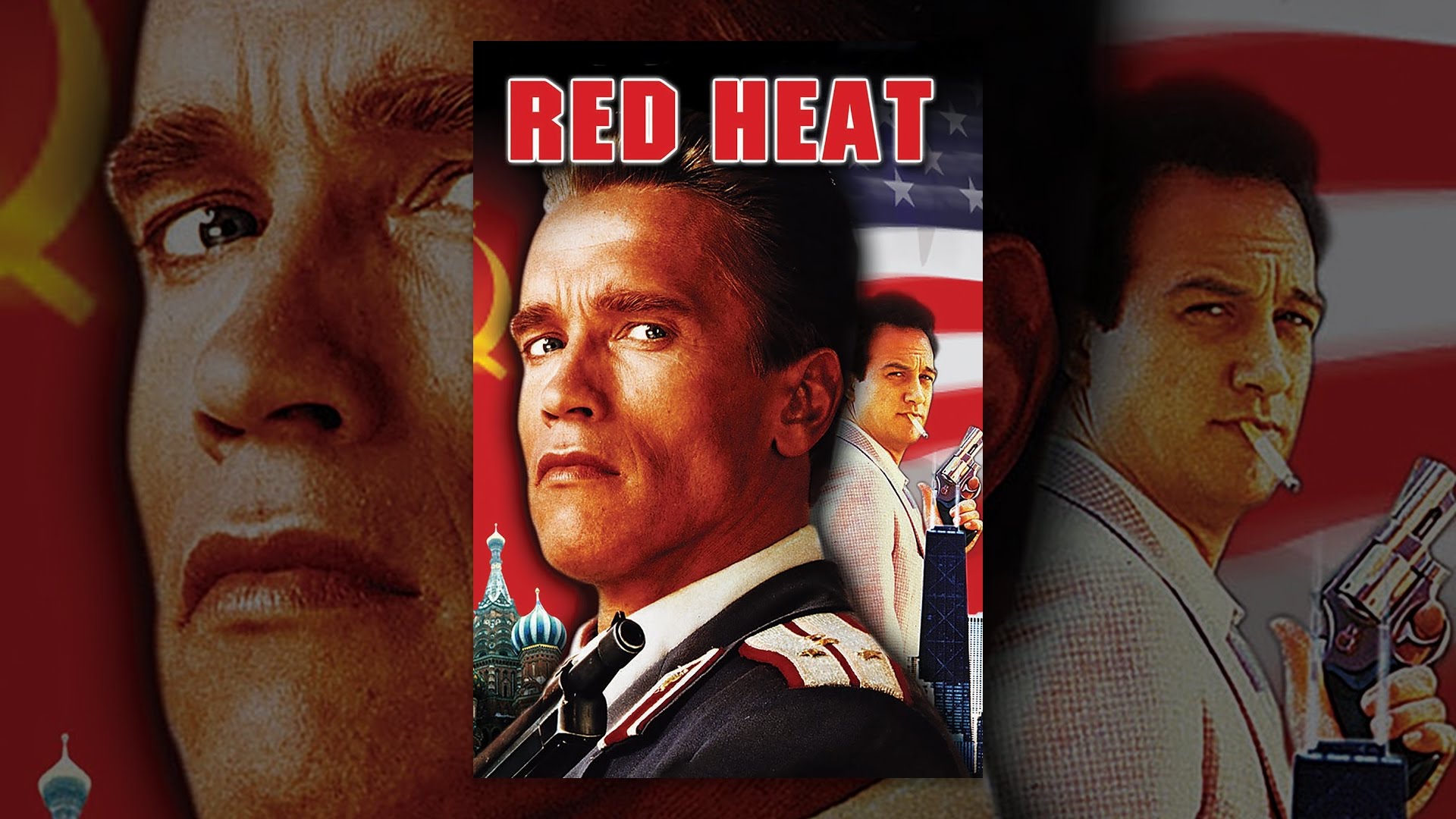 There’s something just oddly, yet endlessly, charming to Arnold Schwarzenegger movies. Is it his curt Austrian accent that shines through every raspy syllable that he utters? Is it his statuesque cut and posture that protrudes from any costume or silly hat? Or is it his charming on screen personality that shines through even when cast as a no-nonsense Russian cop who barely breaks a smile all film.

I think it’s just that, in any action movie situation, Arnold’s magnetism and star power just shines through. And while Red Heat might not be a perfect movie, it’s obvious that it’s Arnold’s film as he carries the full weight of the buddy cop actioner despite the best – and solid – efforts of gritty crime director Walter Hill and the wisecracking James Belushi.

Let’s start with the beginning. And what a beginning it is! We’re introduced to Arnold as Moscow Militia Captain Ivan Danko and we’re quickly informed that Arnold is really going to go for it in terms of speaking broken and heavily accented Russian for the entire film. We also get a ridiculously glorious combination of scenes where Arnold infiltrates a homoerotic underground combo workout room / bathhouse – which is mostly filled with naked powerlifting men with a few scantly clad ladies to balance things out.

Arnold, the fittest of them all, walks in and is quickly ambushed into a boxing match that explodes out of the walls and into the cold Serbian landscape as the two naked men wrestle in the snow. And that’s only half of the intro!

We also get Arnold going into his Russian detective mode channeling all his inner Steven Seagal as he also walks into a lion’s den Hungarian bar to rough up and toss down some thugs in a means to bust bad guy Viktor Rostavili (Gabor Koncz). Arnold breaks off a cocaine-hiding fake leg before eventually losing his mark who eventually makes his way to the US where his path crosses with James Belushi’s Chicago detective Art Ridzik. 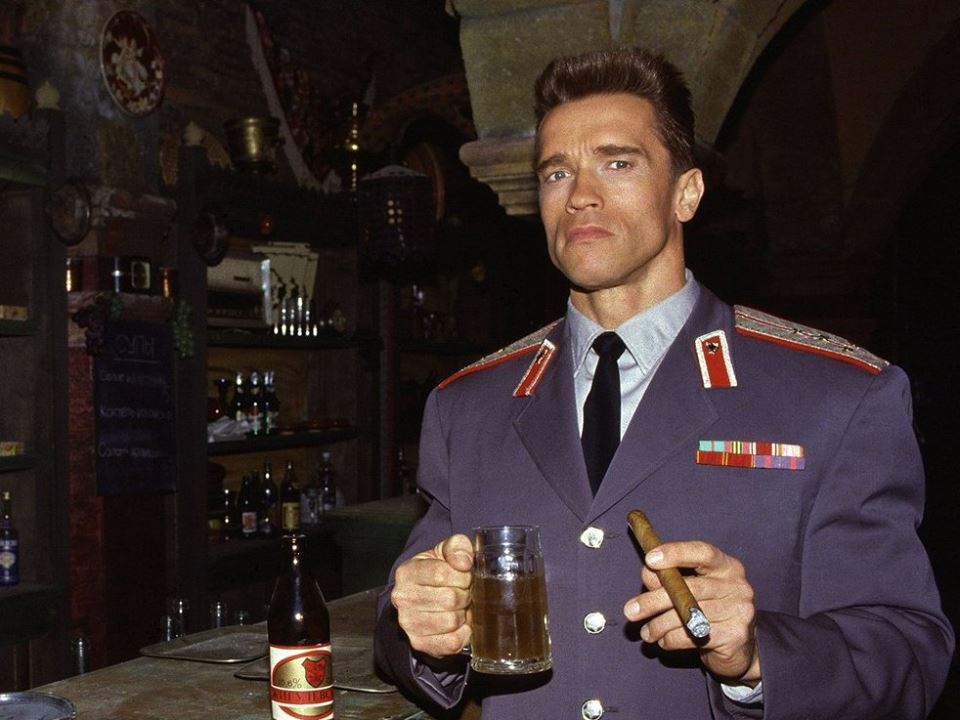 And while the crux of the film is on this buddy cop relationship between the emotionless Russian-Arnold and the softer, wise-crackier James Belushi, it’s really Arnold’s movie through and through. I’ve never been a big James Belushi fan, but never really disliked him or anything like that either. And this movie just continues that for me. He’s there. He’s got some OK jokes but for the most part they’re the same and not quite delivered with any real authenticity to really land.

However, he really doesn’t have to do much as everything he does is juxtaposed against Arnold and his performance as  Ivan Danko. Walter Hill, to his credit as well does his best to recreate the on-screen dynamics between Eddie Murphy and Nick Nolte from 48 Hrs. but perhaps what he didn’t quite count on was just how powerful Arnold is once he’s on screen.

Even with a muted down character who mostly is stuck to shortly spoken one-liners in response to Belushi’s constant badgering it’s still his movie and ultimately his journey to take down Rostavili.

I’d say that most ultimate action movies of this era are guilty of going one of two directions in terms of their best action sequences. They either shoot their load and start off with too much – sometimes all – of their fireworks at the beginning, or they start too slow and save up everything for the end. I think Red Heat actually has one of hte best openings to any of Arnold’s films as it’s just pure awesome sauce to watch Arnold do his Russian cop thing solo.

However, Hill is a great director and despite some script inconsistency there is plenty of action sprinkled throughout that mixes nicely with the plot and general buddy cop police work that the duo must accomplish. The film finishes with a climatic bus chase of all things (because how does Arnold fit into a car really?) which does deliver the goods and is a nice wrap up to a not-perfect, but perfectly enjoyable buddy cop action romp.