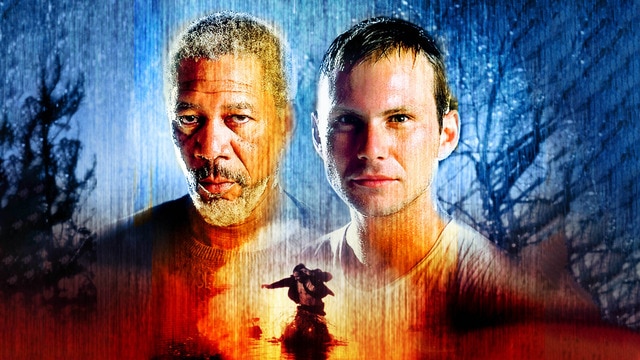 A look back at Hard Rain, an awesome 90s thrill ride from start to finish. 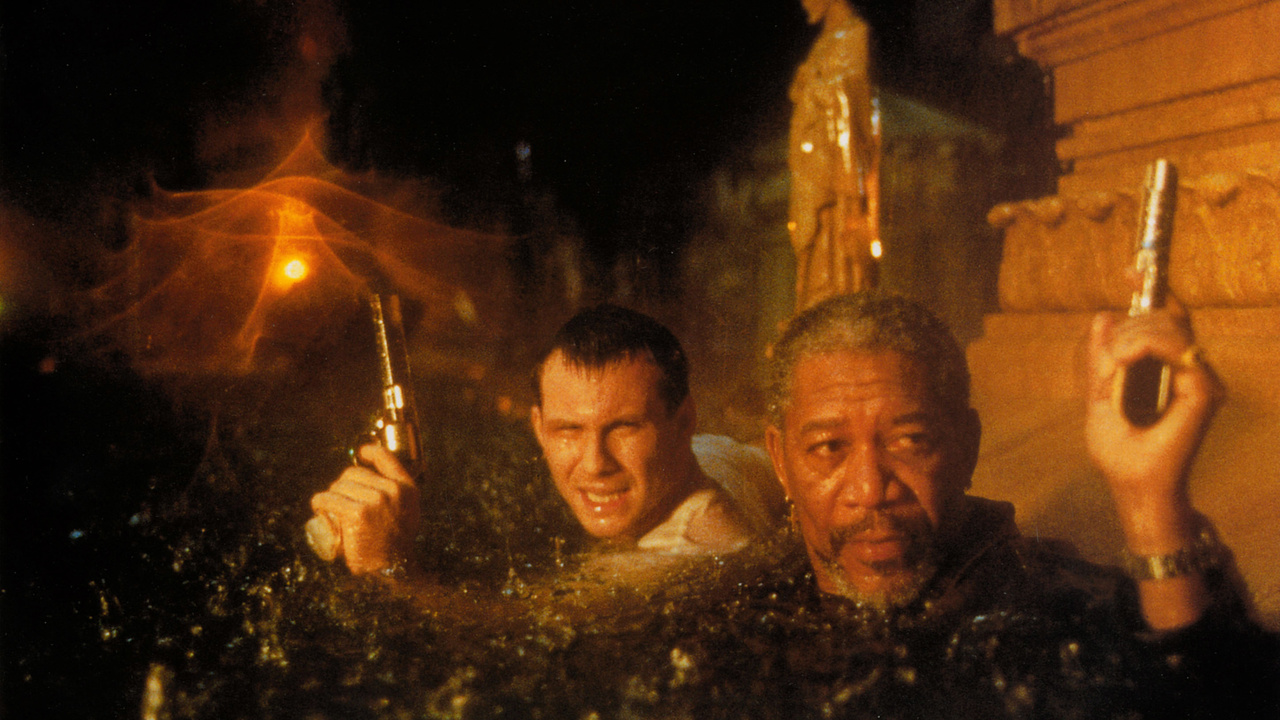 The late 1990s gave us a good number of blockbuster disaster flicks like Twister and Dante’s Peak, that could visualize their devastating forces in an astonishing way thanks to advanced CGI. Hard Rain with its backdrop of a flooded city seemed to jump on the bandwagon in 1998, but turned out to be more of a traditional action flick, and relied almost exclusively on practical effects.

The script was written by Graham Yost, who also penned the classics Speed and Broken Arrow. With Hard Rain he again demonstrated his fondness for creating an outlandish premise as starting point for a spectacular action film. Director Mikael Salomon was not a newcomer to the genre either, and worked as cinematographer for films such as The Abyss. He also did some stunning camerawork for fiery inferno Backdraft, and a few years later he took on the opposite element with Hard Rain. Let’s check out if these two action experts managed to engulf us in excitement!

It’s a Flood, You’re Gonna Get a Little Wet. Take it Easy.

The town of Huntingburg is evacuated after being hit by an extreme rainstorm. Cash transport driver Tom (Christian Slater) is tasked with getting 3 million dollars from the town’s bank to safety. Jim (Morgan Freeman) and his crew wait for him in an ambush, but Tom escapes with the money. A relentless chase through the flooded streets begins, with the impending danger of a breaking dam looming above the city. This hunt for a hidden treasure in a ghost town is pretty much a Western-like setting, and the cast is star-studded with A-list actors such as Slater and Freeman,

They are not much given to work with, though, the script features cardboard characters, and not overly exciting verbal exchanges. No one is phoning it in, though, and the shifting allegiances at least create a few surprises. The film’s plot only provides a couple of hooks to race from one crazy set piece to the next, and this minimalist setup is admirable as there’s practically nothing to distract us from the action! 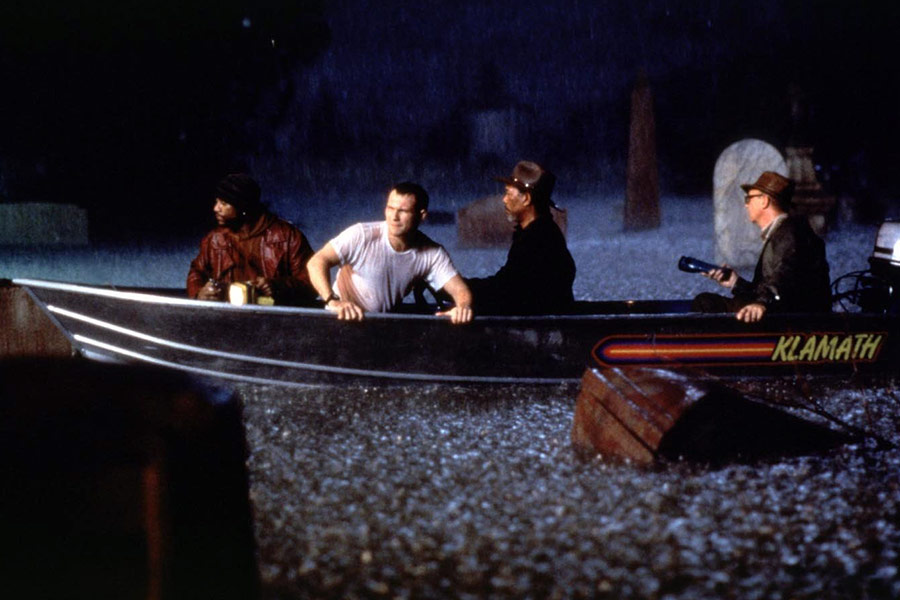 Dark Rain puts a spin on its generic premise by creating a unique and exciting setting. Salomon and his created some huge sets that were flooded with several feet of water, and put under constant rain. The scale of these practical special effects (with a few minor CGI insertions) is just massive, and they are some of the best created in a 1990s action film. The scenes are shot beautifully with some clever editing and image composition, all while keeping the camera dry.

Never before was water-based action so intense and good-looking, and it’s not just a few scenes, it’s the whole film! Everyone is standing in water above their waist half of the time or more, and the destructive and deadly force of water creates a different type of action scenes. There’s high-speed boat chases instead of car chases, underwater fights, and destruction not by explosions (there’s a few cool ones, though) but by the unstoppable water flow. On top of that we’re treated with stylish and bloody shootouts, and a giant flood wave in the finale that swallows everything in its path, cars, trees, and entire buildings.

Hard Rain is awesome thrill ride from start to finish. It’s focus on pure and relentless action makes it an undisputed and ultimate 1990s action classic.

Grosse Pointe Blank: One of the Most Unique Action Comedies of...