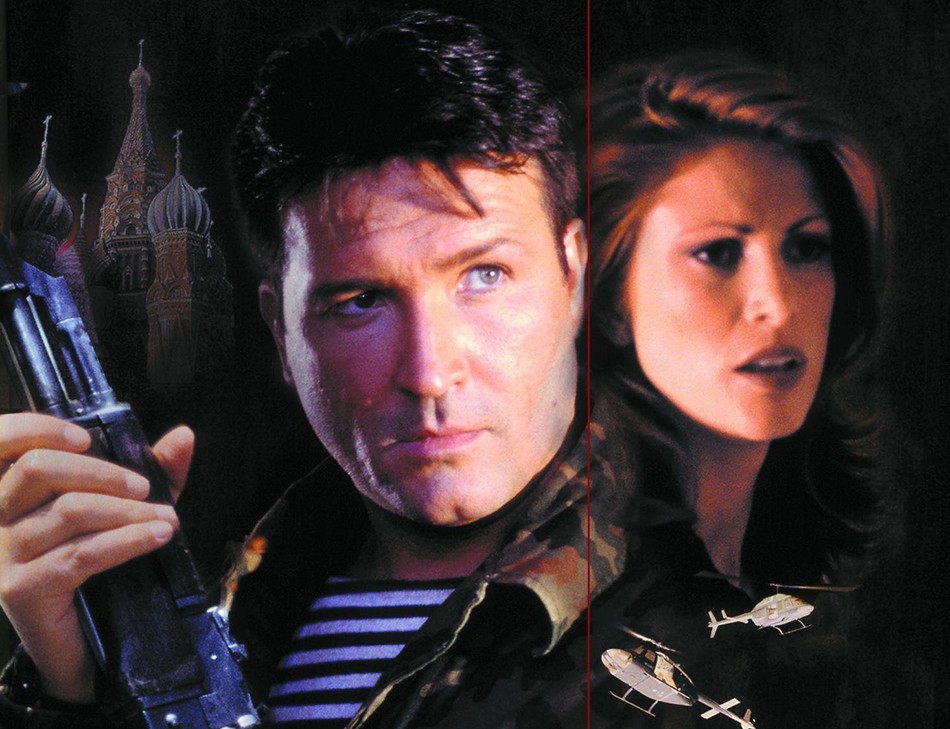 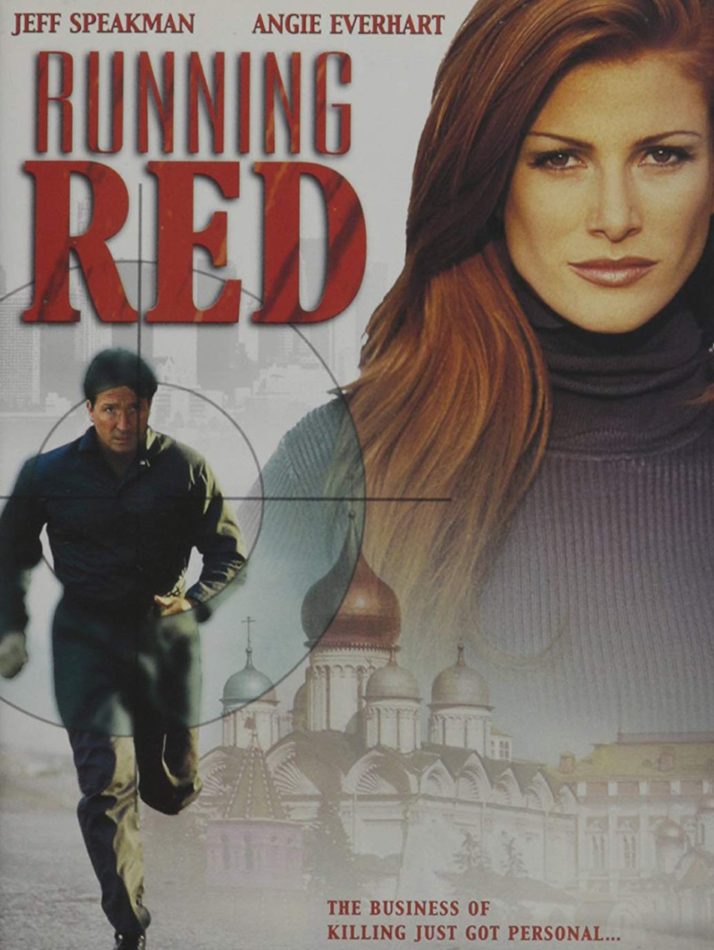 Before streaming channels like Amazon Prime, Hulu, Netflix and scores of others popped up, Blockbuster Video ruled supreme. But before Blockbuster opened its doors, those of us of a certain age can vividly remember the anxiety we felt in locally owned stores with fewer rental selections. We were anxious because we didn’t really have a lot of information to go on when renting a movie. We based our decisions on genre, box art, and the actors within the movie. After that, we rolled the dice and hoped for the best.

That was my attitude when I recently saw 1999’s Running Red, starring Jeff Speakman and Angie Everhart (currently streaming for free on Prime). Many people would agree with my assessment that Speakman, for better or for worse, unquestionably peaked with his debut, 1991’s The Perfect Weapon. It was as close to a flawless action movie as one can hope for. Based on that knowledge and Everhart’s stunning beauty, I decided to devote a Saturday night to Running Red. I am pleased to report I’m not disappointed by my decision at all.

Running Red incorporates a lot of action movie tropes and clichés, but fortunately, does it well. Speakman plays Grigori, a Russian soldier who’s “the best”. On a mission to destroy a chemical plant, his brother is killed by a baddie named Mercier. In addition, Grigory refuses an order from commanding officer Alexi to murder a child in cold blood. Alexi does it himself, but Grigory realizes at that point that he’s done with the military life.

Eleven years later, Grigory is now “Greg” and married to the lovely Katherine, played by Everhart. They live in Sherman Oaks, Calif., and have a daughter who doesn’t add much value to the plot, except to show how much softer Greg has become since living a normal life in the American suburbs.

But as many an action movie fan can attest, our heroes don’t live normal lives; they just take a hiatus until their old lives catch up to them. And Grigory’s life certainly does. Closely mirroring the events of 2005’s A History of Violence — where “Tom Stall,” married to a former high school cheerleader, thwarts a small-town robbery, becomes a local celebrity, and people from his past learn his location and drag him back to his old gangster lifestyle — Grigory/Greg thwarts his daughter’s kidnapping with flashy kenpo that is recorded by a bystander and shown on the local news. When Katherine (a former high school cheerleader) sees it, it sets off a series of whirlwind events.

Alexi, now a realtor, hires Grigory (blackmailing him by threatening to reveal his past deeds to his wife) to do a job whereby he’d get his revenge on Mercier — permanently. But that job leads to another, and another, and soon Grigory/Greg is thrust back into his old career, against his better wishes. 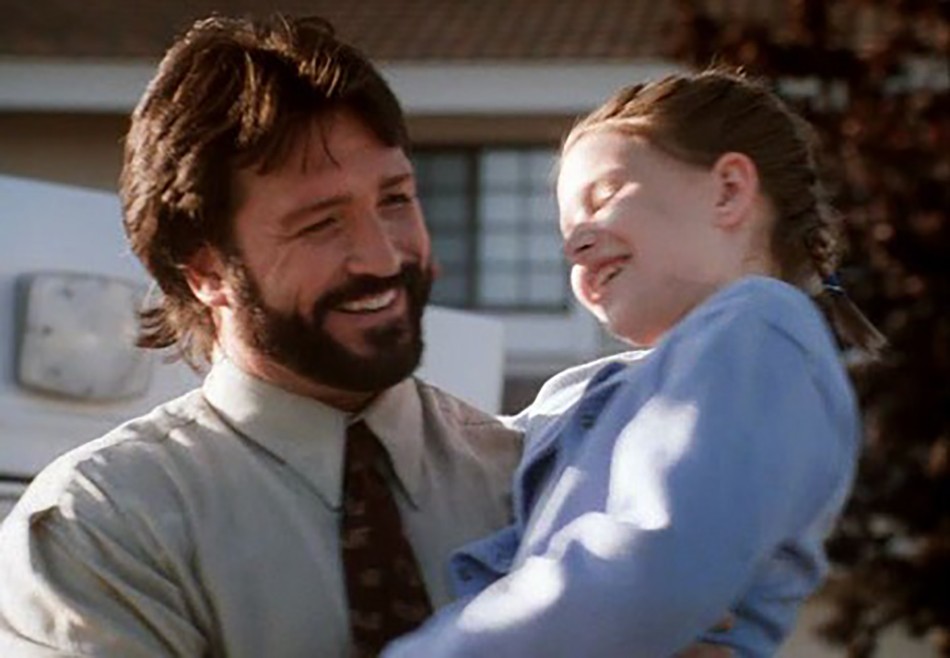 I queued up Running Red with zero expectations, and it was a far better actioner than I had anticipated. Speakman puts in his usual solid outing. While the movie had less kenpo scenes than The Perfect Weapon, what hand-to-hand combat he displayed was spectacular, as was his firearm marksmanship. Speaking of spectacular, Everhart (who would be the perfect Scarlett in a mid-90s G.I. Joe movie), has never looked better. Unlike several of her other DTV films, she didn’t reveal much of why she was selected to pose in Playboy, but the role didn’t call for it. (It wouldn’t have exactly advanced the plot.)

While I haven’t seen many Speakman movies to date, I certainly will try to uncover more of them after being pleased with his output in Running Red. If you’re looking for a solid action movie without a lot of filler, you can certainly do a lot worse.

FUN “RUNNING RED” TRIVIA: There are two nods to The Perfect Weapon within the movie. In one scene, Speakman wears a t-shirt advertising kenpo gear. Astute viewers will catch the second reference. I won’t spoil it, but I can assure you it’s quite well done!

(For another review of Running Red, be sure to check out Ty’s write-up on Comeuppance Reviews here. His comprehensive site is one of the best ones online and has inspired me to write reviews, so I always try to refer folks there when I can.)


Let us know your thoughts on Jeff Speakman’s Running Red on our Facebook page!