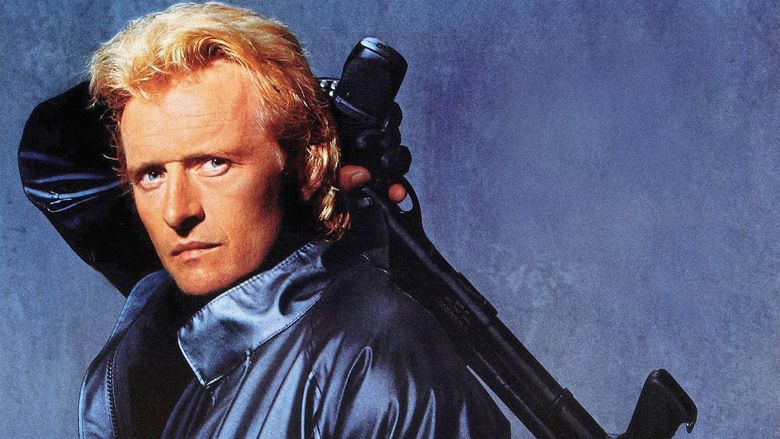 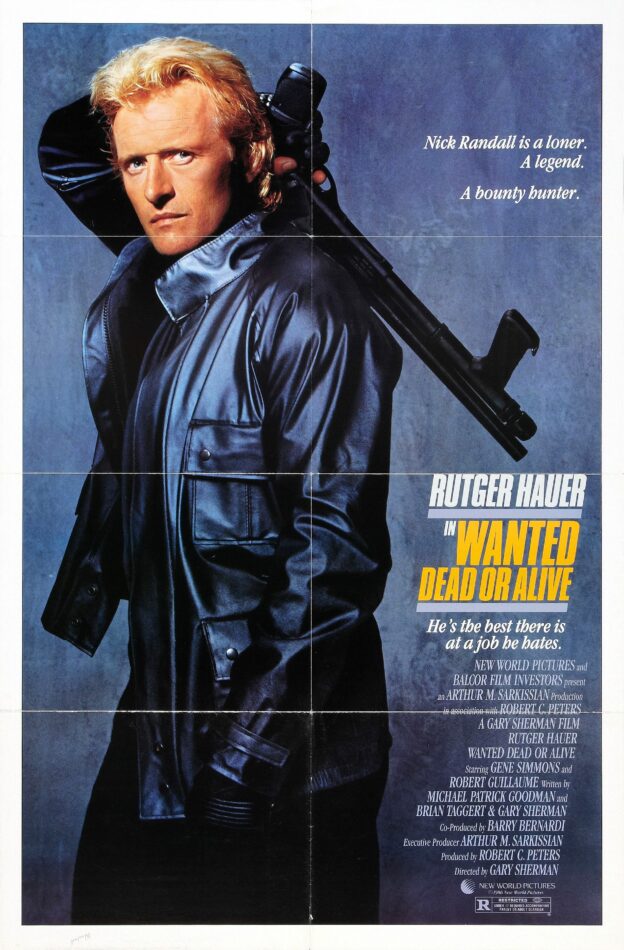 Amongst many others, Wanted Dead or Alive is great for two main reasons. One, it is a true standout action performance from the late and great Rutger Hauer. Who might forever be remembered for his Roy Batty role in Blade Runner, but UAMC fans will forever love him for classic action performances.

The other is for those who have seen Quentin Tarantino’s Once Upon a Time… in Hollywood, because Rutger Hauer in Wanted Dead or Alive is basically the Ultimate Action movie version of Leonardo DiCaprio’s character Rick Dalton’s fictional television western Bounty Law.

Ha, we’ll trace that out a bit more below.

But all you need to know is that this Rutger Hauer actioner slaps. It slaps hard in the action, in the great performances and the feels, man. And it’s just overall awesome.

So, regarding the Rick Dalton connections. Rutger Hauer in Wanted Dead or Alive exists because of a similar serialized western TV show to QT’s Bounty Law, a little show called Trackdown… 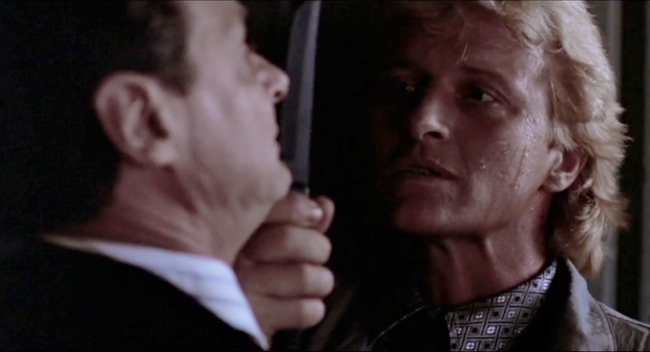 In a way, we have Hauer putting on the cinematic shoes of what the 1980s filmmakers and producers would imagine Rick Dalton to be at the heights of their modern action movie-ness.

And man, the presentation of Hauer as a renegade ex-cop bounty hunter who lives in an action movie star man-cave is pretty spot on. It’s as if you had the successful journeyman bounty hunter of the West, but living in modern society enough to enjoy the spoils of all his bounty hauls.

Hauer splits time between his giant warehouse bachelor pad (complete with basketball court, shooting range, and arsenal of weapons) and his love boat where his girlfriend apparently resides at his leisure.

We are also introduced to the loneliness Hauer has for his profession. Not actually a man of the law bound and protected by his colleagues, but also one of the truest “wild card” characters which the actual lawmen send out on the job, despite the obvious risks for Hauer.

Gene Simmons and a Killer Plot

And the risks in Wanted Dead or Alive are great. Not only does Hauer need to stop a major terrorist attack, he also has to overcome some significant setbacks of those who he cherishes (no spoilers – but damn!).

We also have Gene Simmons as the main perp and one of the better ones I can remember from this late-80s era. No, he doesn’t use his two foot tongue to menicaley lick anyone, but he’s cold and a great foe pretty much to the end – which did lack a bit for final showdown sake.

Up until the final killing blow that is. Which ends up being one of the strongest points of a great final act and overall, just an awesome Western-action Hauer send off.