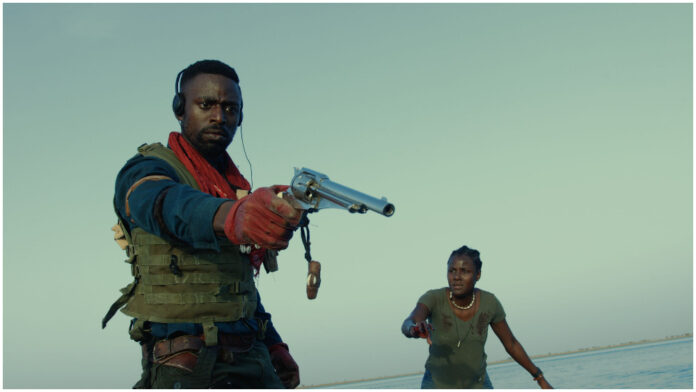 In this gritty crime thriller/supernatural haunting plenty of people will die. 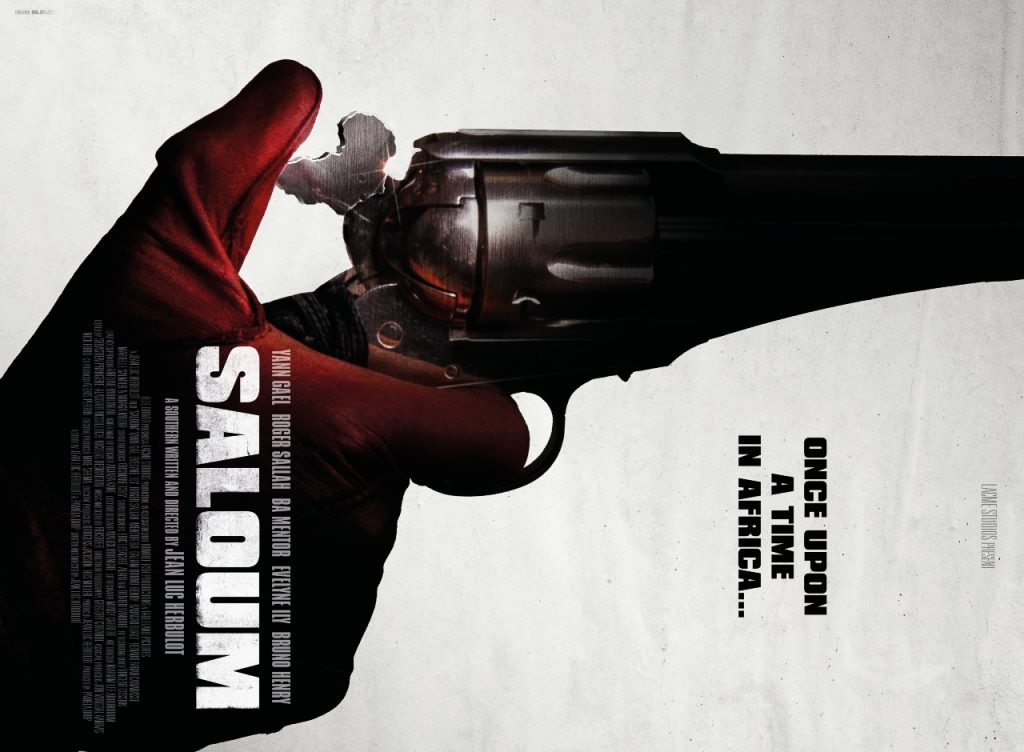 The first thing out of my mouth when it comes to Saloum is “Damn.” Whether it’s a crime drama, supernatural thriller, or frontier western this movie does not disappoint whatsoever. It follows three mercenaries extracting a cartel druglord out of Guinea-Bissau. When their extraction plane runs out of fuel they pull over for a quick stop in the titular region for supplies and ammo.

From there the whole story goes balls-to-the-wall all out in nonstop suspense, only stopping to pay respects to African spirituality. This Senegalese movie loads up with plenty of gunfights, street brawls, and all out carnage while also telling a tautly wound story of childhood trauma revenge.

Yann Gael plays Chaka, the leader of the Hyenas. Alongside his mates Rafa (Roger Shallah) and Minuit (Mentor Ba) they carry a drug lord into an idyllic resort near the Saloum Delta – a river delta finally fruitful after years of scarcity. While recovering at the lodge the three men fight to keep their identities secret as police surround the encampment and a deaf-mute woman threatens to derail their entire day. Then there’s the evil spirits that get unleashed after someone dies…

This movie bounces wildly through genres in an impressive format I can only be awed at.  Starting as a crime drama before transforming into a gunslinger western and then a powderkeg dinner and finally a supernatural thriller sounds like a lot to handle but Saloum can have it’s cake and eat it too. The three leads thread the needle perfectly with complimentary chemistry. They wield just enough brutality to be dangerous and just enough conscience to be likable. It’s an impressive combination as their guns-for-hire fame catches up to them. 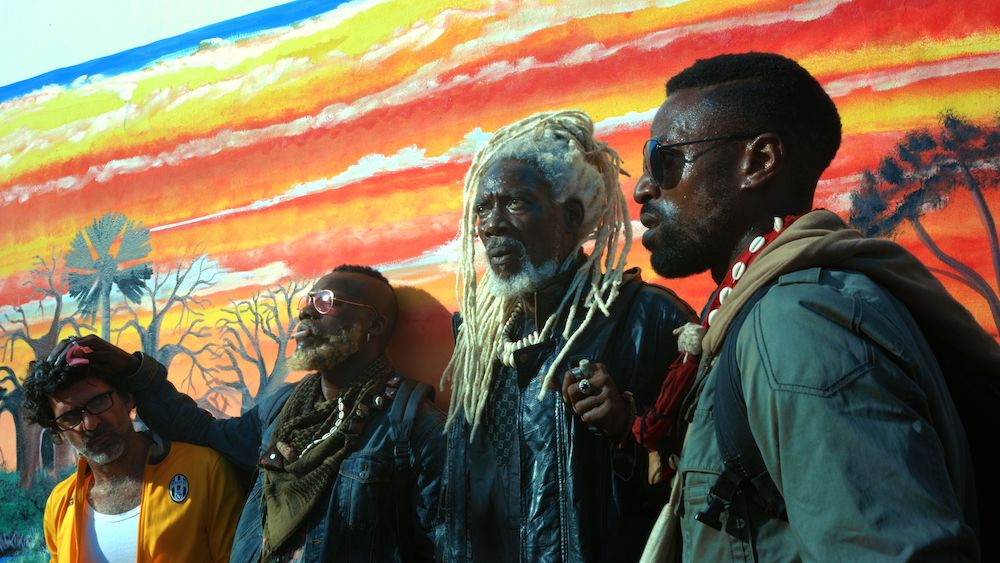 In Saloum not a moment is wasted. Whether it’s new plot developments or the trippy flashback memories every second builds out the world in unique and exciting ways. Minuit’s quiet shaman character hints doom from the very beginning. You watch the walls close in on these men, and wonder how they’ll escape. The film threads the needle from it’s opening monologue showing us the adage: “Before you embark on a journey of revenge, dig two graves.”

The cinematography lends itself to the immediacy of the film often cavorting from character to character. It never quite sits still, always jostling slightly pushing the dramatic momentum often by sheer will alone. The few moments of respite are dotted with beautifully crafted drone shots rising above the sandy riverside. Practical green and red lights promote color in the darker sections of the film. About halfway through the movie everything shifts and the bright white light of daytime (a sign of demonic presence) unnerves the characters. A slight acid-wash keeps the whole film contrasting between softened bleach white and gritty colored darkness, two extremes. 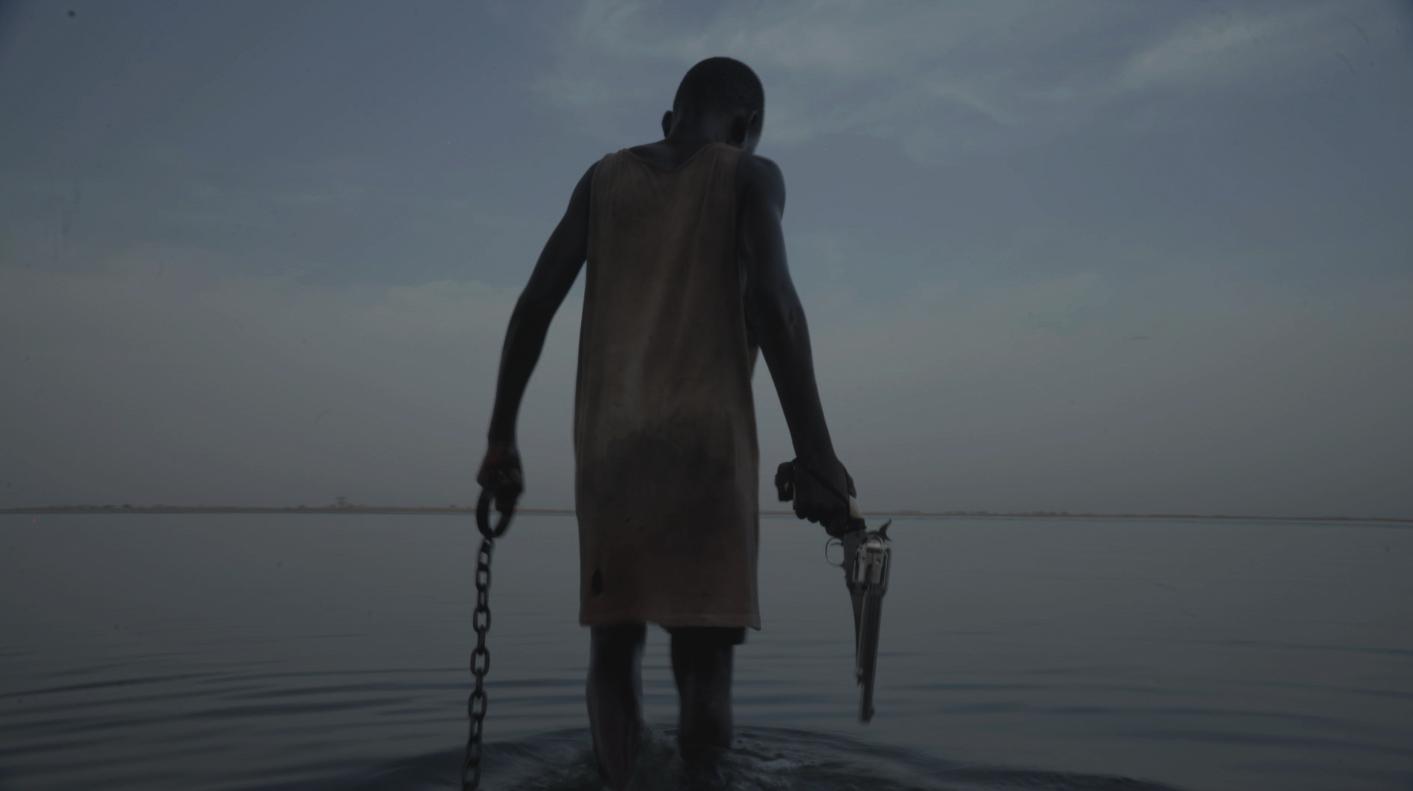 The film works well on all fronts. Even the special effects of it’s ghostly monsters stands up to the test of time. By the end of watching I counted four languages: French, Wolof, Spanish, and Sign language. Saloum gripped me from the very beginning and thrust me into a dark world full of shifting moral allegiances only a gunshot can affirm who’s a hero and who’s a villain. By the film’s end the catharsis feels earned, but still saddening. Take note: In this gritty crime thriller/supernatural haunting plenty of people will die.