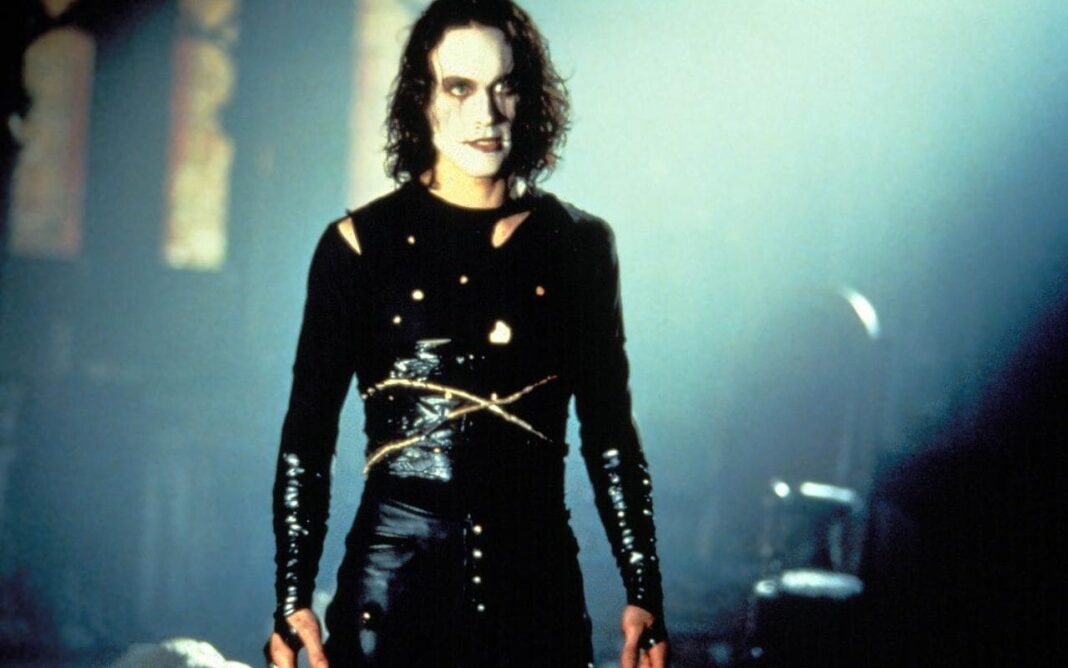 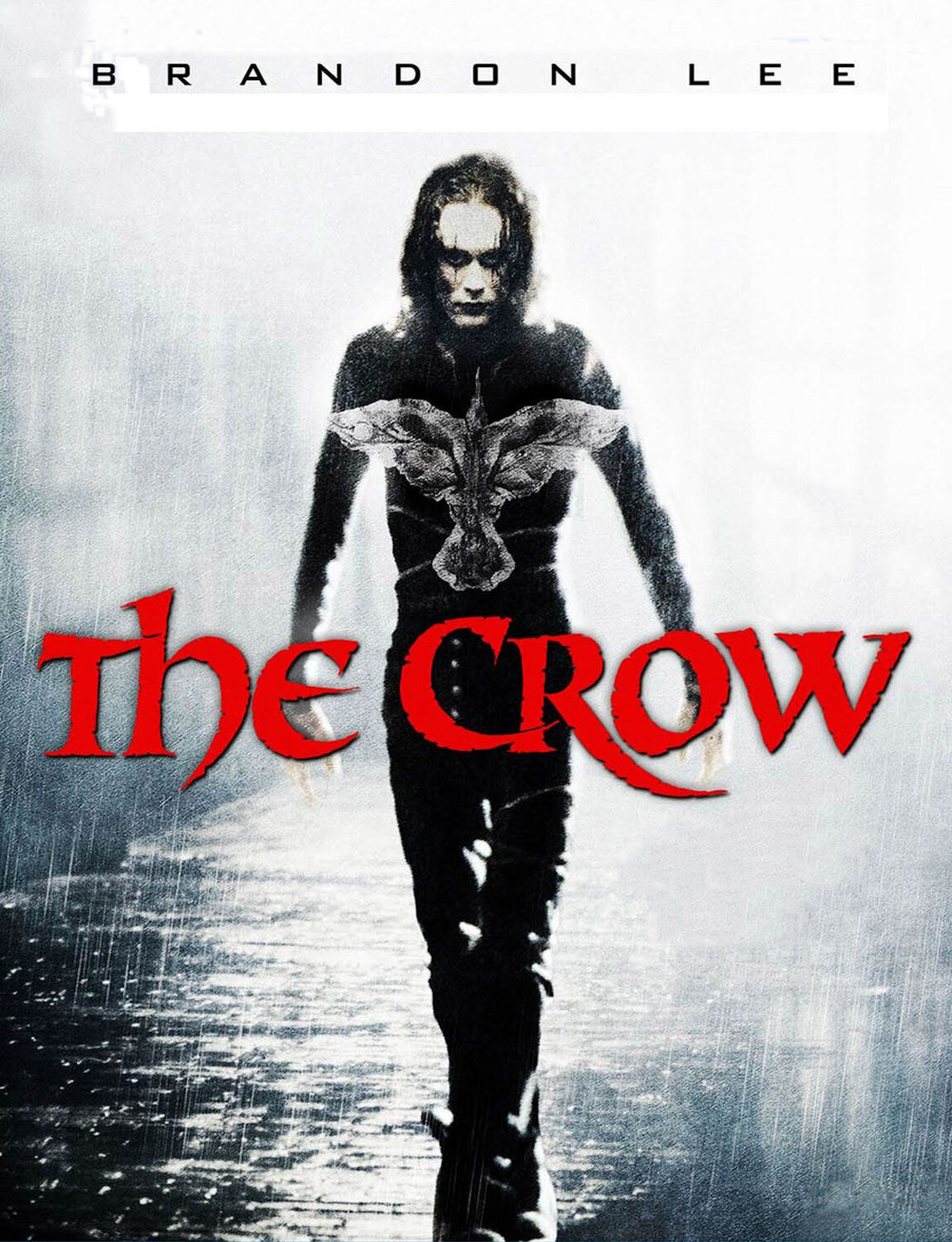 Directed by Alex Proyas, The Crow was a 1994 movie based on one man’s desire for revenge after being murdered alongside his girlfriend by a gang. For reasons that I will delve into later, The Crow eventually became something of a cult film and gained a mystical quality that surrounded it due to the death of Brandon Lee. This would be Brandon Lee’s (son of Bruce Lee) first venture into mainstream cinema that didn’t involve martial arts, and sadly his last.

Moving back to the film itself, The Crow was considered a commercial success, raking in over $93 million in turnover on a budget of $23 million. However, the legacy of The Crow is not based on finances. Instead, it is one based on a unique approach to comic book crossovers, and unfortunately in the case of Brandon Lee, a case of what could have been.

First, let’s have a quick recap of the plot

As a quick disclaimer, this features a spoiler so if you don’t want the plot ruined then please skip this section. Anyway, the plot centers around Eric Draven (Brandon Lee) who is murdered alongside his fiancé on the night before Halloween. His death is brutal, whilst his girlfriend is raped before her murder. A year later, he is resurrected from beyond the grave by the power of a crow. Draven quickly realizes that he is immortal and quickly sets upon seeking vengeance. The crow guides Draven through the city of Detroit and aids the story. Eventually, Draven kills the gang and returns to his grave with his fiancé’s wedding ring.

As far as films go, The Crow doesn’t have a deep plot, nor is it particularly thought-provoking. However, it’s unfair to judge the film by those standards and it is certainly worthy of its cult status. Whilst many movies have arguably surpassed The Crow since its debut, you could argue that it was ahead of its time for many reasons. Because of this, upon a re-watch, it’s fair to say that it still holds up well to this day. So, what made The Crow such a success?

What made The Crow a cult movie and why is it unique? 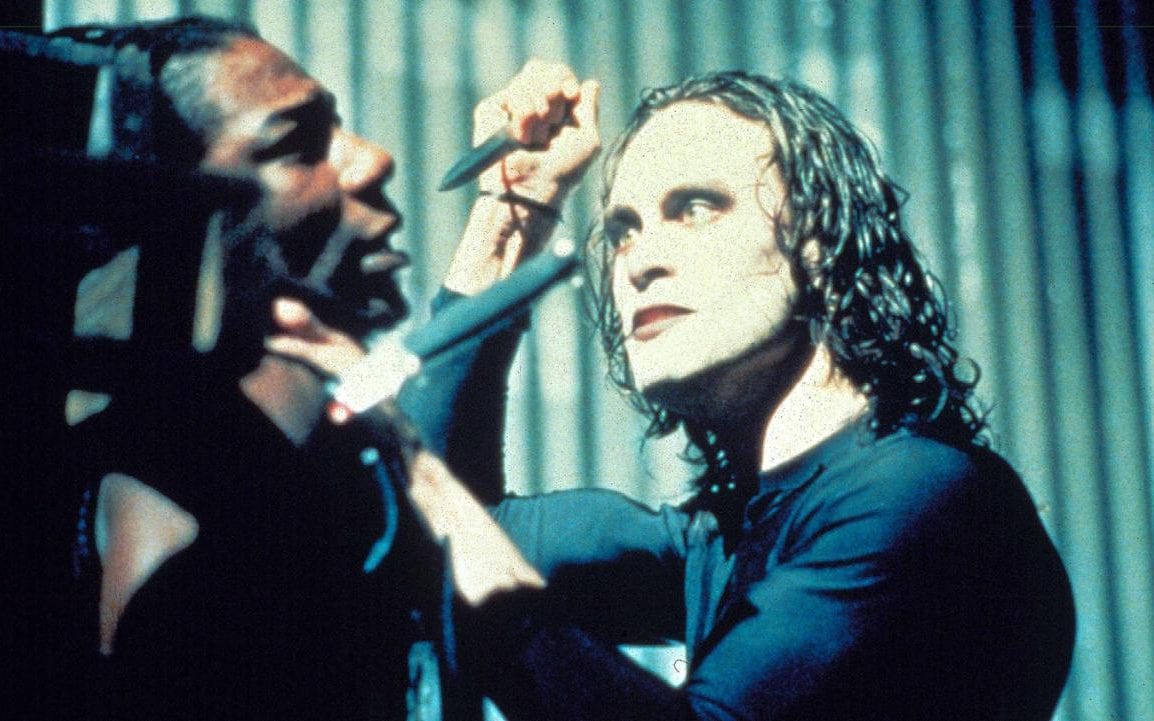 To understand its background, you have to go back to its roots. The Crow was actually a comic book adaptation of the same name. This was fairly unusual for its time way back in 1994. Since then, comic book adaptations have been commonplace in the cinematic world. However, this film was brave for pushing the boundaries back then. Not only this but the majority of movies from that era that did get inspiration from comic books ended up being corny and watered down. Thankfully this wasn’t the case with The Crow.

Having said this, Alex Proyas did kneel to the studio in some areas. For instance, he wanted to shoot the entire movie in black and white but wasn’t allowed. As a result, he settled by making it dark with black, white, and red being the main colors. Funnily enough, another cult movie by the name of Sin City was shot in black in white years later. Remember, The Crow may have been groundbreaking but was still of its time and was ultimately still a mainstream flick. Regardless, the dark color theme still made sure The Crow stood out from the crowd and kept its individualism and integrity. By being visually dark throughout, it set the depressing tone and really sets the atmosphere throughout.

The Death of Brandon Lee and the Cultural Impact

At the time, the death of Brandon Lee was genuinely shocking and is still a talking point today. Like his father Bruce Lee, he died too early and left behind a legacy that seemed unfulfilled. Brandon Lee was filming a scene after the movie had been shot. During this scene, he was accidentally shot dead by fellow actor Michael Massee. The gun wasn’t meant to be loaded and as a result, Brandon died. To add to the sadness, Michael Massee admitted that he had felt guilt after this for years and suffered nightmares. Although an accident with no one at fault, it was nevertheless a tragedy.

Now, although the death alone was tragic – there are several other factors that added to this. Firstly, Brandon Lee was somewhat of a dark character, to begin with. Before filming he was fascinated with death and was known to drive a hearse. Further, there was speculation about the ‘curse of Bruce Lee’ which was a superstitious rumor that allegedly cursed his family. The outcome was that it added an element of mystery to the film and gave it a cult following overnight. Even many years later, there are few movies in the mainstream with such a gothic and miserable tone attached to them. Of course, this was to do with the plot and mise en scene. However, undeniably the death and surrounding circumstances of Brandon Lee only enhanced its morbid tone.

Brandon Lee, what could have been? 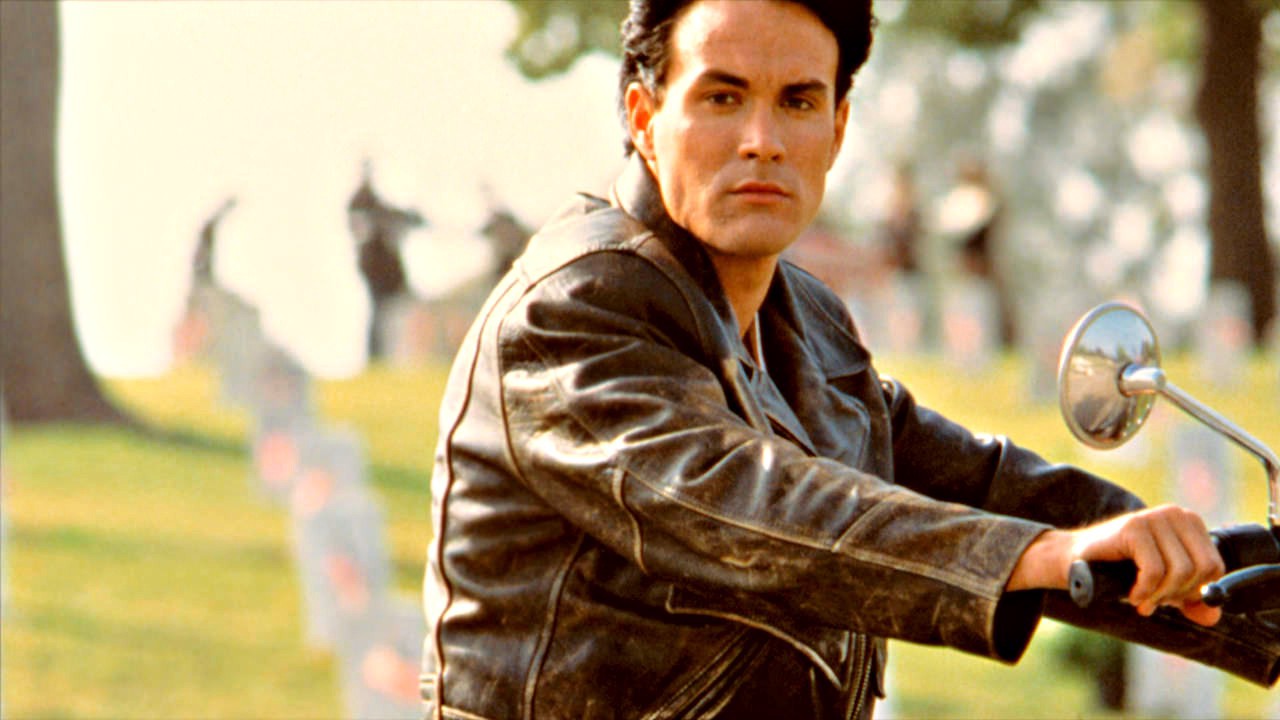 Sadly, Brandon Lee spent much of his life trying to get out of his father’s shadow. As both were actors, they were both judged by similar standards. However, this is unfair as Bruce Lee was firstly a martial artist and an actor second. Whilst Brandon was an accomplished martial artist, he was much more of an actor at heart. Due to this, all of his previous movies were martial arts-based like those of his father. This only adds to the significance of The Crow as it moved away from this cliche and showed him as a versatile actor, and even hinted at stardom. Undoubtedly, this was his breakthrough film and marked his entry into Hollywood. Interestingly, his role of Draven was declined by River Phoenix who was a megastar at the time.

So, what would have been next for Brandon Lee? Whilst this is speculation, it’s fair to say that his options would have been wide open. At the marketable age of 28, he would have just starred in a commercially and critically successful blockbuster. With this said, his next step would have possibly been a string of more Hollywood movies. Dare we say it, The Crow almost has a Keanu Reeves feel to it so he may have gone down a similar path. This makes his death even more sad, as he was undoubtedly not just an actor, like Keanu Reeves he also had layers to his personality and was an intelligent person.

What about The Crow these days?

For obvious reasons, you can’t get away with talking about The Crow without mentioning Brandon Lee either. However, although his legacy may have swamped the movie somewhat, it’s only fair to give it credit without the attached context. So, how does it hold up as a stand-alone movie these days? Well, thankfully I can say that it’s aged quite well. It may be over 25 years old but The Crow is still visually impressive. Yes, the quality may not be as high as modern standards but this is to be expected. To its benefit, the dark scenes and constant rain hide its flaws and give it a lift.

Moving on to the actual acting and dialogue, it’s fairly standard stuff from the 90s. Arguably, the 90s had some fairly corny cliches at times and The Crow isn’t perfect either. At times, it falls into this pitfall and can be considered a little cheesy by today’s standards. Of course, this doesn’t ruin the movie by any means and it’s still enjoyable. Ultimately, a lot of this movie works on violence and retribution. It’s not exactly an action film but certainly borrows from the genre so you expect a lot of cool combat scenes and shootouts. Remember, Brandon Lee was well trained in fighting and could move well, which certainly adds to the fight scenes.

However, it’s not just movies in the 90s that fall foul of clichés. Even today, there are many films that struggle with dialogue and pacing. Arguably, this is why unusual movies aren’t touched by studios as they can sometimes be too ambitious and hard to pull-off. Thankfully, The Crow doesn’t fall into this category and remains unique yet interesting.

Overall, it’s fair to say that The Crow has aged reasonably well. Let’s face it, The Crow was never considered a great movie but always made for a solid watch. I can honestly say that this remains the case in 2021 and it can definitely be described as a gem from the 90s. Basically, its appeal is still there and if you watch it for the first time or as a rerun, it should still land well. Maybe it’s because of its unique approach, but The Crow succeeds where many 90s movies fail, that is The Crow has aged nicely and still holds up.