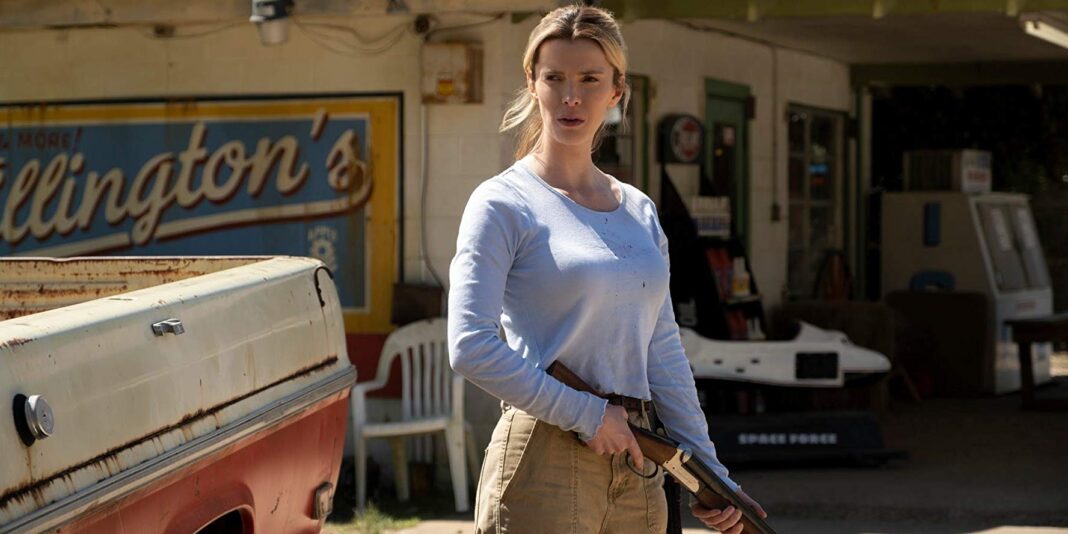 The Hunt proves once again that Man is ultimately the most dangerous game. 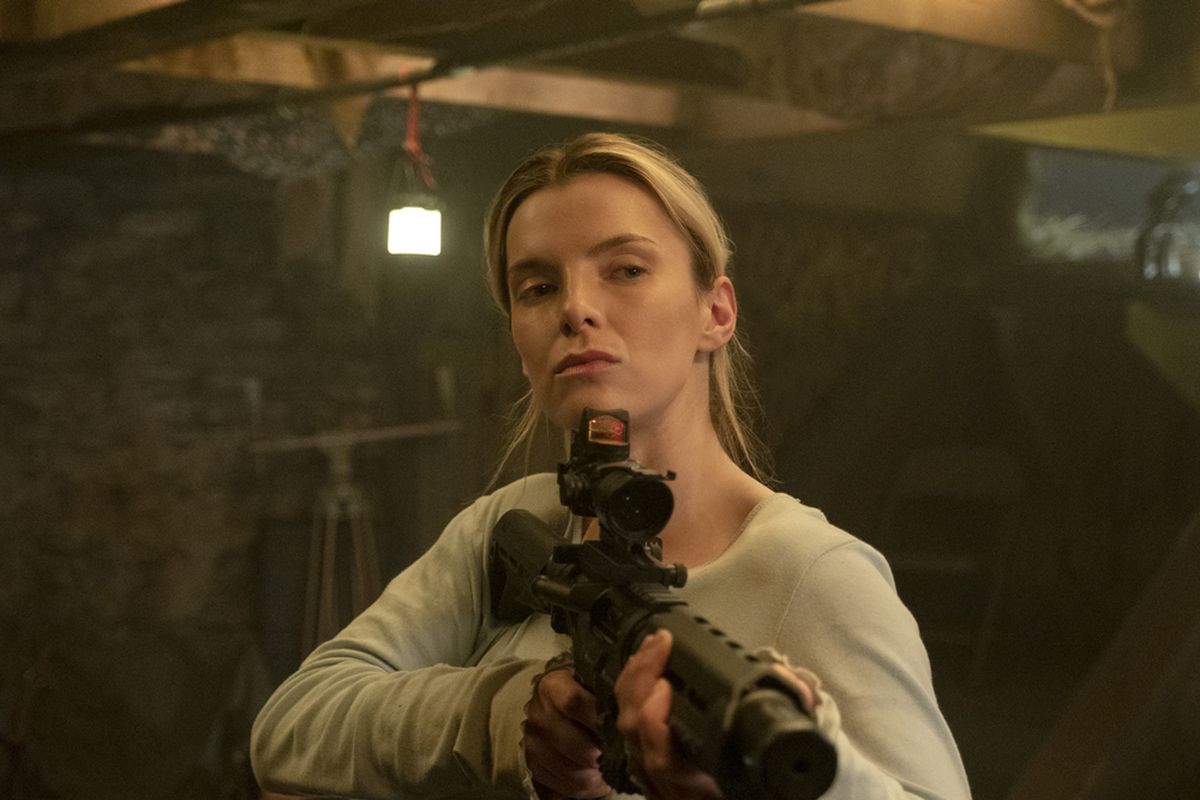 It’s not often that one of our action movies becomes so topical that it’s condemned by the president of the United States, but that’s exactly what happened last summer when the trailer for the Blumhouse Studios picture The Hunt hit. The trailer depicted liberal elites hunting “Deplorables” in the woods. Now that the finished product is out, does it deliver? And is it worth all the hype?

The story of man hunting his fellow man may be one of the most oft repeated themes in action cinema – The Most Dangerous Game, Hard Target, Predators, Avenging Force, Battle Royal, Surviving The Game, Hunger Games, The Purge and now this. But what sets this above the others is the performances and the social satire it exhibits in this politically charged environment.

Note: there are spoilers contained in this article! You can stream the movie here if you’d like to watch it first!

It delivers on the trailer where a dozen deplorables wake up in a clearing where they are allowed to open a crate of weapons and The Hunt begins. Sniper rifle, handgun, bow and arrows, mines and punji pits quickly par down the cast and allow us to get to the meat of the story.

It’s not often you get to witness the birth of an action star but you do here in Betty Gilpin. She plays Crystal Creasey who happens to have the same name as an internet troll and is kidnapped by mistake. Doom on them because Crystal is an Afghanistan War vet with PTSD issues and a serious skill set with firearms, hand to hand combat and tactics.  She literally is a female John McClane, as she quips wise after every kill as she turns the tables on her pursuers and starts hunting the hunters. 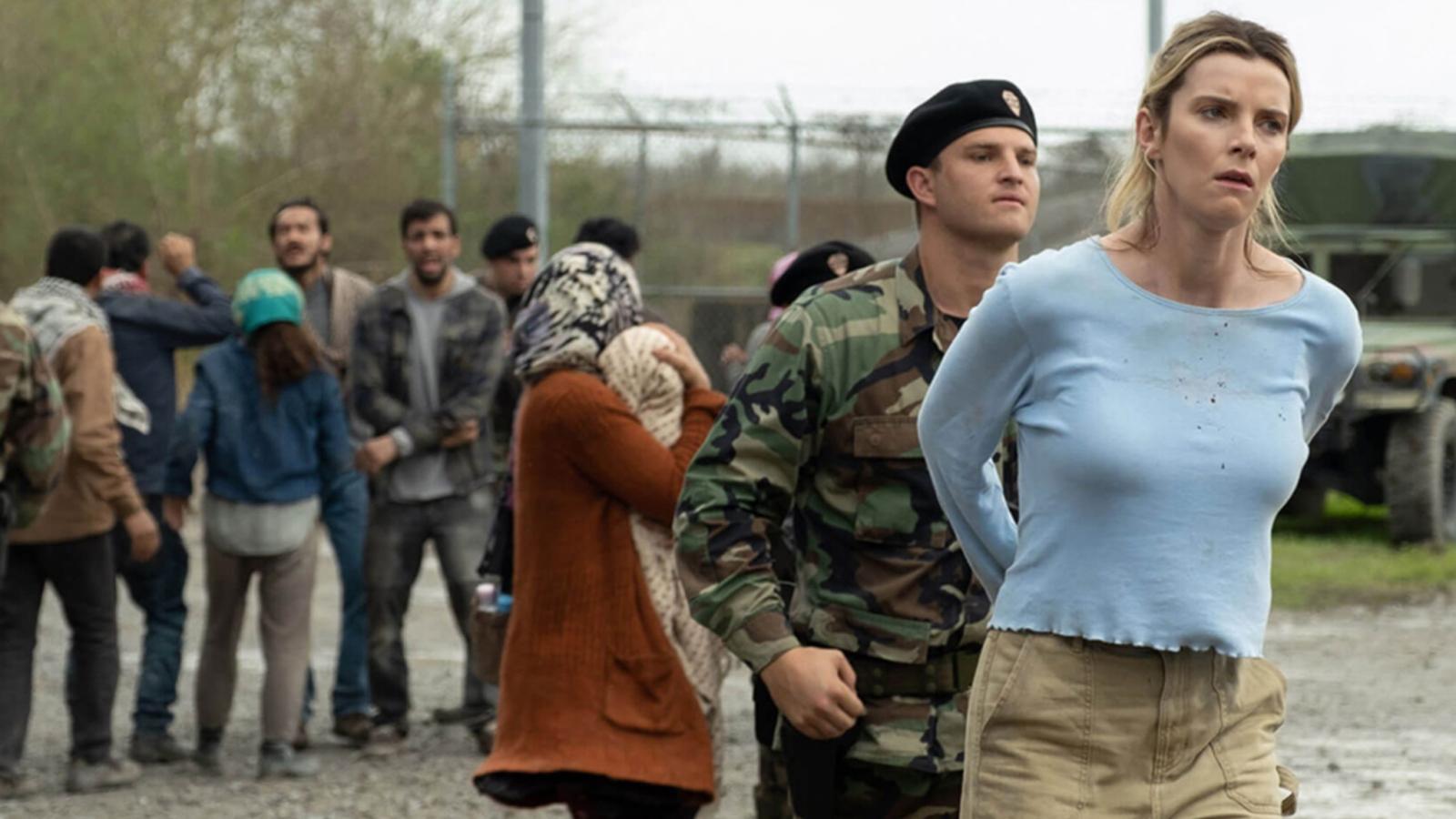 The puppet master of the Hunt is Athena Stone played by Hillary Swank who channels it an in a shape of Hillary Clinton. Turns out she lost her spot in society after a text message about hunting conservatives was taken out of context and fuels an internet conspiracy called “Manorgate”. Athena’s response – to actually start hunting conservatives, starting with the people who brought her down. This consists of an Alex Jones like internet celebrity and a number of his followers who commented on the thread. And she’s literally out for their blood!

The movie climax is in one of the best fight scenes of the year. Calling it a cat fight would be dismissing the brutal affair that these two actresses put on screen. Kudos to the studio for showing that two woman can carry an action movie. There was a dry spell after Kill Bill, but that seems to be over with the likes of Atomic Blonde, Fury Road, Furies, The Villainess and Maria in recent years. 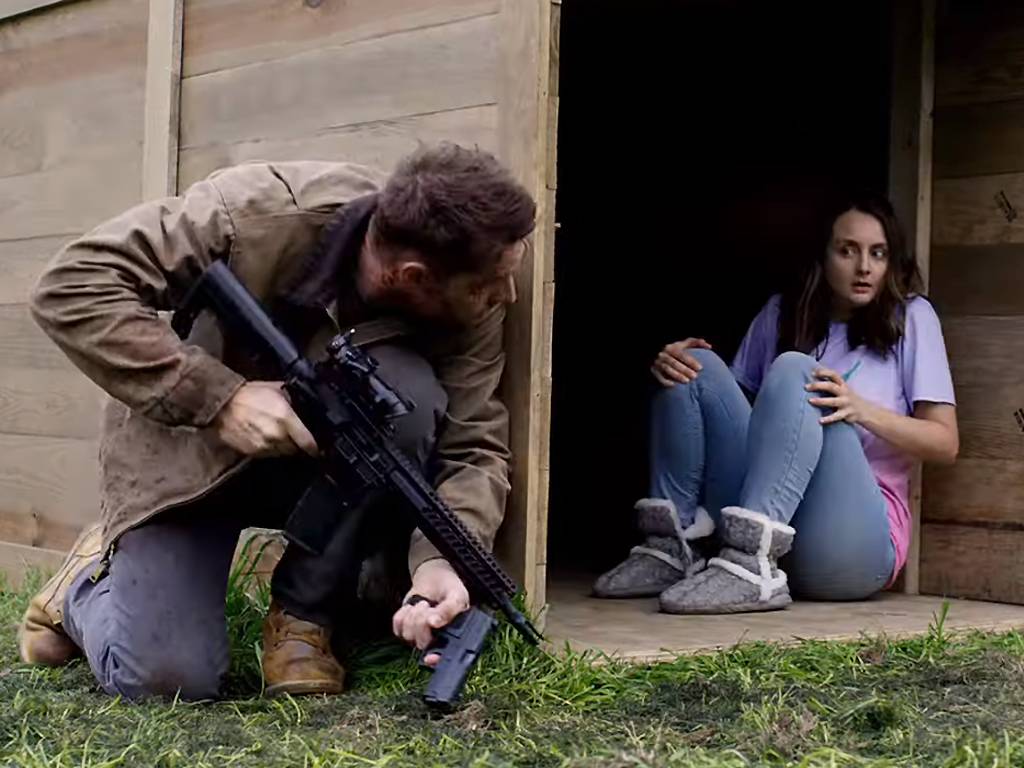 The Hunt is a timely social satire that skewers both sides of the political spectrum as buffoons through the eyes of an innocent. Albeit one with a serious skill set. I think we can all agree that dueling should make a comeback and would probably make the world a more civil place. Politicians should settle their differences this way. I would tune in for that rather than a debate. Google Vice President Allen Burr if you think it’s an unworkable proposition. Give this a viewing and you be the judge, the jury and the executioner of this wicked political satire.

It was pulled five days into its theatrical run because of the current crisis and is now playing On Demand for $19.95 as the studio had to pull it from its theatrical run. Give it a view and join the debate from a script from Lost and Watchman’s Damon Lindelof and Nick Cuse and directed by Craig Zobel of the post apocalyptic Z for Zachariah film.