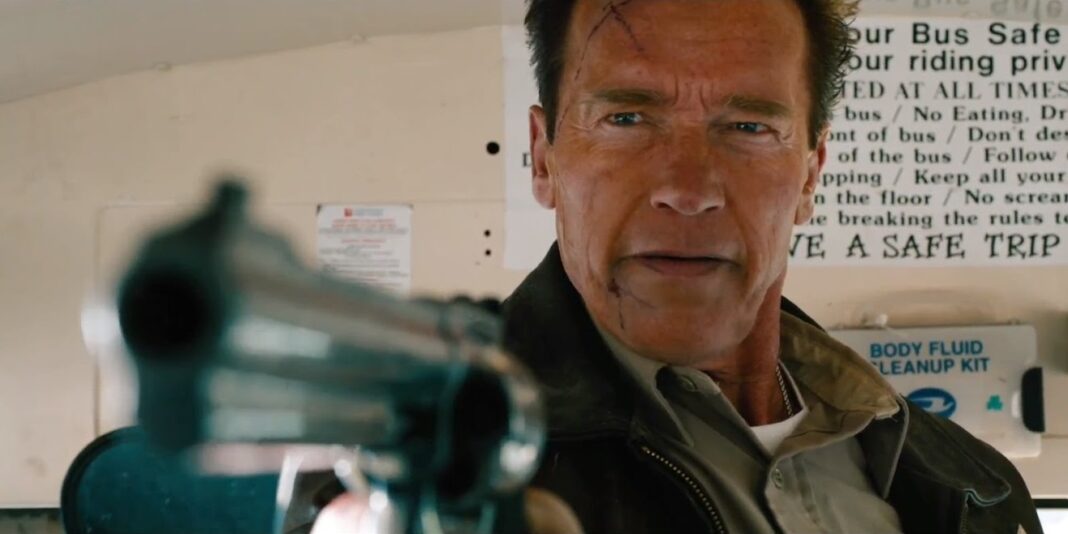 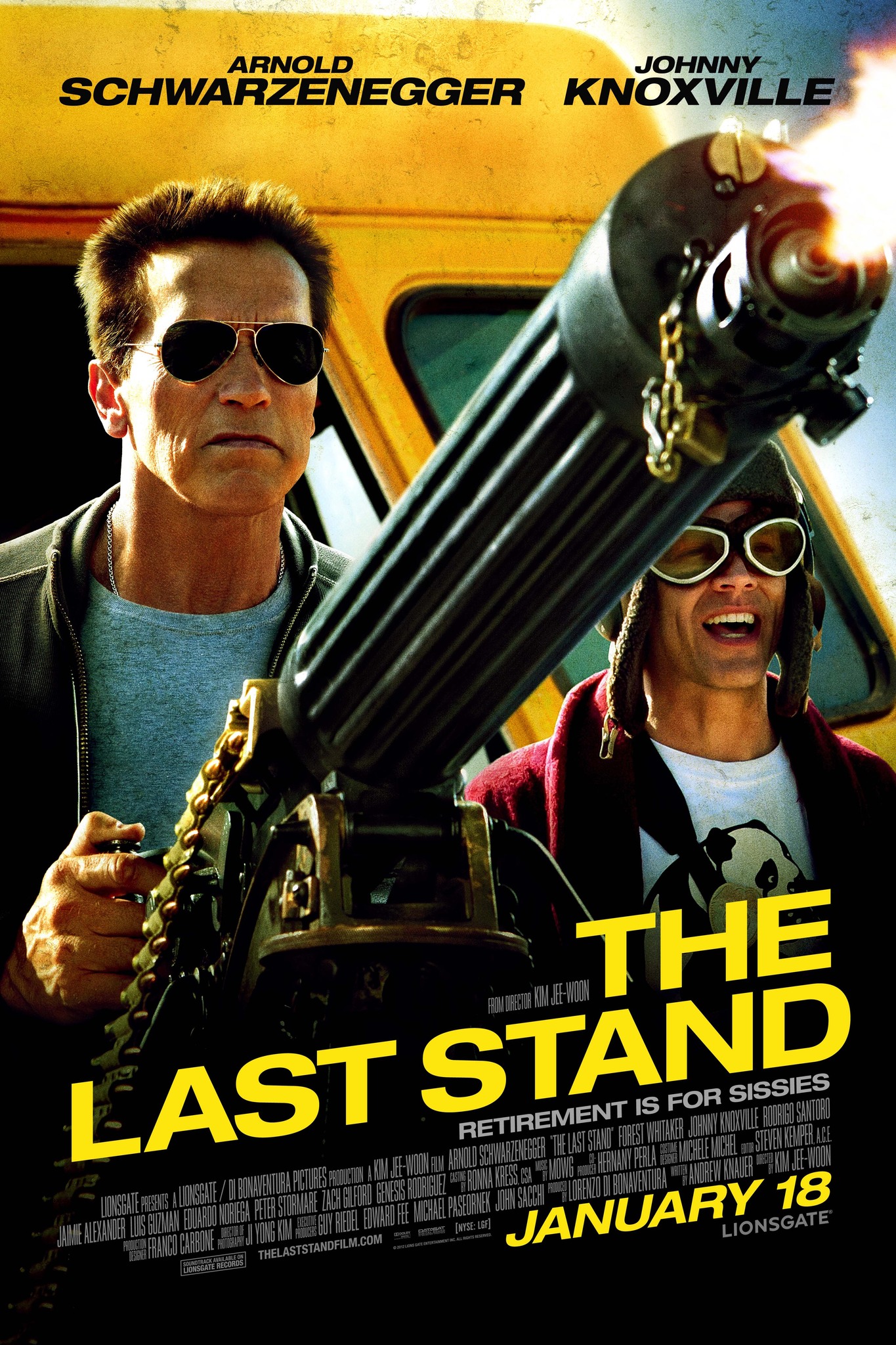 Arnold Schwarzenegger took an eight-year hiatus from acting due to his duties as Governor of California, with the exception of a cameo in the first Expendables movie. His comeback as a lead actor was The Last Stand, which came out in 2013.

The first time I watched it I was just happy to see Arnie back on the big screen, and thought it was an awesome movie. Now, with some time having passed since its release, I watched it again, and my conclusion is that it’s still pretty awesome.

The Western-like setting features a small desert town that is overrun by bandits with advanced firepower. Their goal is to pave the way for the escape of a mafia boss over the nearby border to Mexico. The gangsters came to the wrong town, though, as no one gets past Sheriff Ray Owens and his deputies.

In The Last Stand, Arnie plays one of the most easy going characters he ever portrayed, even though we can already tell from the beginning that he’s going to be bad-ass when things get ugly. He seems to be quite enjoying himself in his role, and many times in the movie he seems so deeply relaxed like you have not seen him in another movie before or after this. He even stoically endures a couple of jokes in the script that are not very subtly pointing to his advanced age. 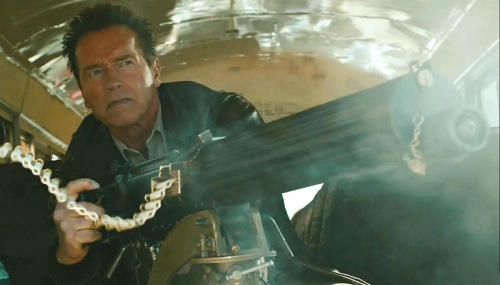 The Last Stand has a simple plot without fancy complications. The beginning of the movie features a fairly lengthy cat and mouse game between the villains and the federal police, that includes a couple of nice car chase sequences, and an original way of snatching a prisoner car from a police convoy.

If this segment would have been trimmed by ten minutes or so it would have made The Last Stand a bit more crunchy, but it’s not really a big issue. In the second half of the movie all brakes come off, and it’s non-stop carnage. Everything that needs to be in a good action movie is there, bloody shootouts, car action, brawls and explosions. Add to this plenty of tongue-in-cheek humor from all of the protagonists, some cool one-liners from Arnie, and we’re in old-school heaven.

How Does it Hold up Today? 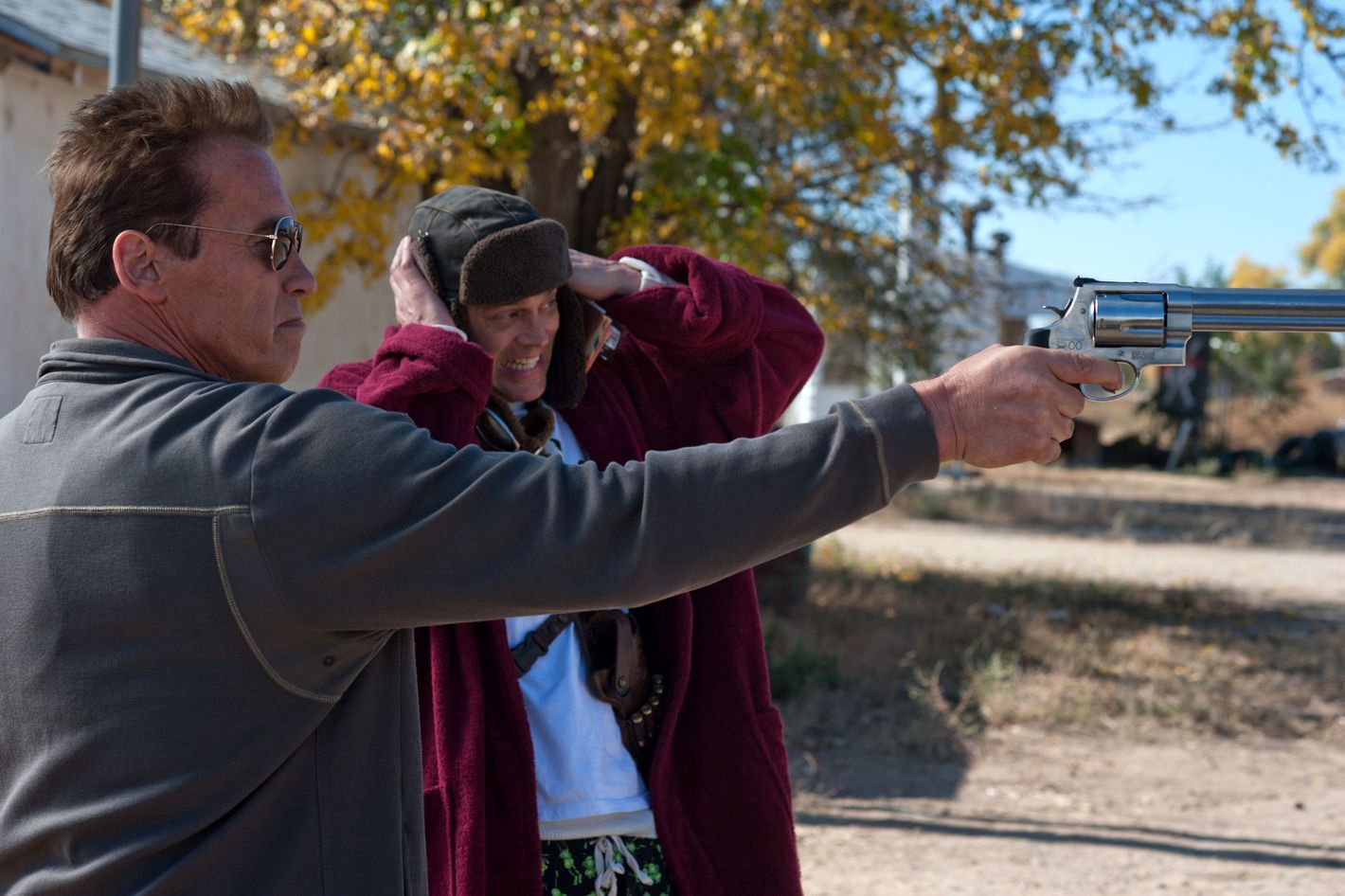 As a director, Jee-Won Kim took the helm in his first and only US production so far. In his home country of South Korea he achieved critical and commercial success with his dark and brutal crime thriller I Saw The Devil. His direction of the The Last Stand is flawless, the movie flows smoothly and with good timing for switching between thrills, action and humor.

Besides Schwarzenegger, the rest of the cast seems to be enjoying themselves, too. Forest Whitaker is great as somewhat twitchy federal agent that is frequently patronized by Sheriff Owens over the phone. Peter Stormare gives his familiar over-the-top villain impression, and Johnny Knoxville attempts a nostalgic throwback to his Jackass days with an actually charming performance as the village wacko with his heart at the right place.

The Last Stand never tries to be anything but classic action entertainment, and fully succeeds in it. It was a very good even though not spectacular comeback for Arnold Schwarzenegger after his break, and for me is one of the best movies he made in the last 25 years.