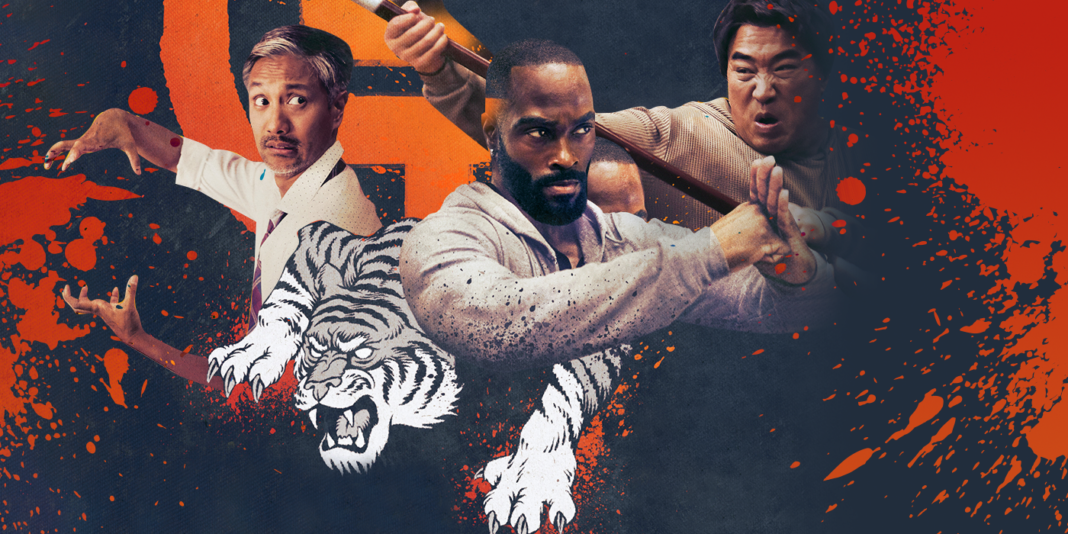 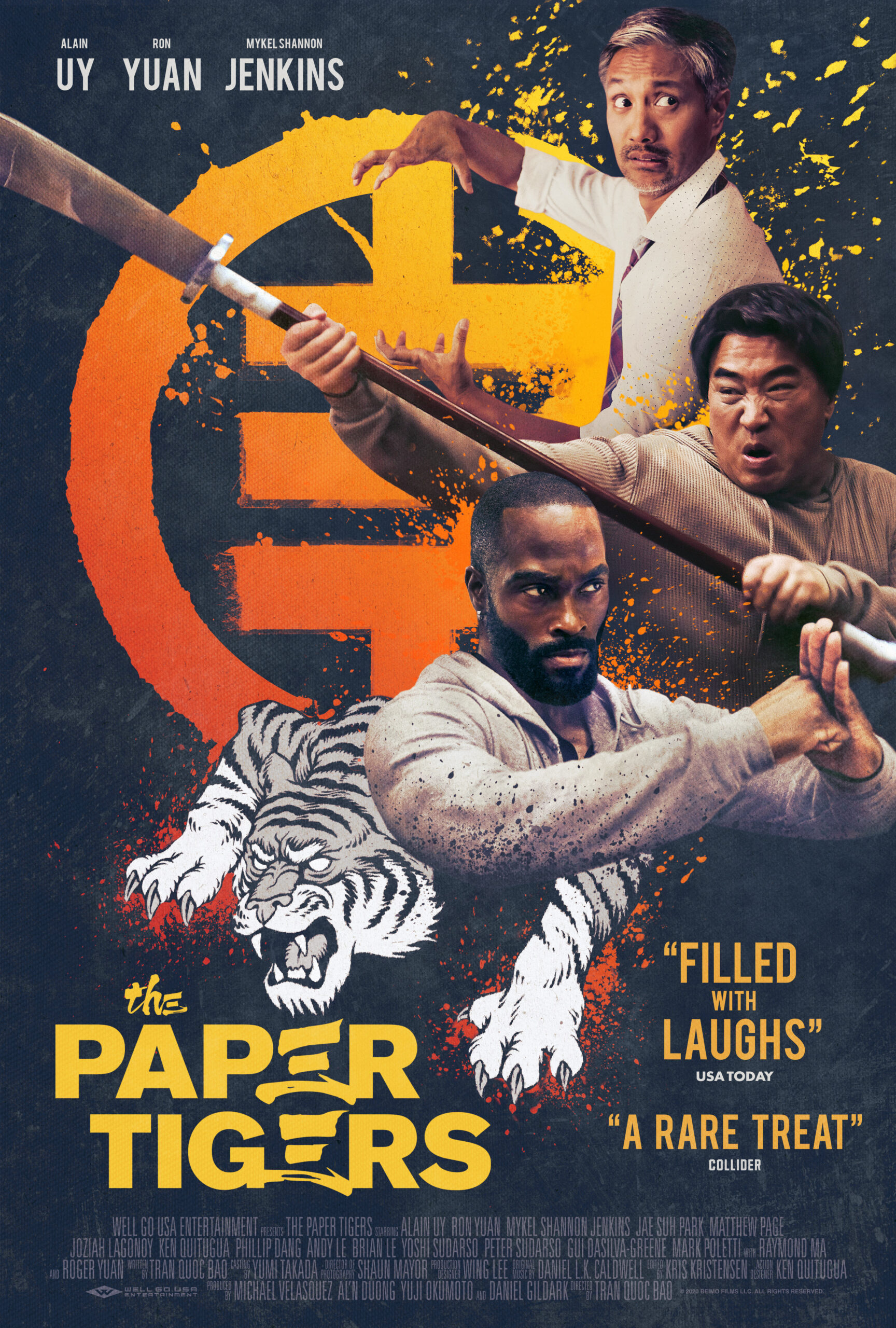 Getting old sucks. It really does. While we all know no one stays young forever, the inevitability of old age creeping up on us with the quickness can be profusely sad. Take it from me. I just turned 37, and while that may not seem old, it sure as hell feels it. The things I was able to do effortlessly in my youth feels like a herculean effort nowadays. It’s not fun.

But it’s not all bad. There’s a grace in aging that people don’t think about. Yes, your body gets slower and weaker, but the mind and heart get stronger through the grace of wisdom that comes with maturity. You just have to be willing to take those steps. The steps along the path of virtue. There’s a new film coming out that preaches just that. And that’s why I resonated so much with it. That film is called The Paper Tigers.

Three Kung Fu prodigies have grown into washed-up, middle-aged men, now one kick away from pulling their hamstrings. But when their master is murdered, they must juggle their dead-end jobs, dad duties, and old grudges to avenge his death.

The Paper Tigers is truly a fantastic film from Writer/Director Quoc Bao Tran, which stars Alain Uy, Roger Yuan, Mykel Shannon Jenkins, Roger Yuan, and Master Ken himself Matthew Page. A Martial Arts Comedy Drama, I’ve already seen comparisons to the Netflix smash Cobra Kai, and they’re not entirely without merit. Both deal with men well past their primes dealing with a current life altering situation, and also features martial arts. But that’s where I feel the comparisons end.

And while I feel that if you enjoyed that particular show, you will dig this, I resonated with The Paper Tigers more, as the movie has more to say regarding their characters (although I do love Cobra Kai, that’s not a knock). Also, if anybody is out there going “Oh this is just a Cobra Kai ripoff”, this was in development well before that, as evidenced by the proof of concept short The Challenger, also directed by Tran and starring Martial Club’s Andy Le & Zero Gravity’s Ken Quitugua, who also appear in the film, which was made back in 2015, 2 years before work on Cobra Kai began. So there. 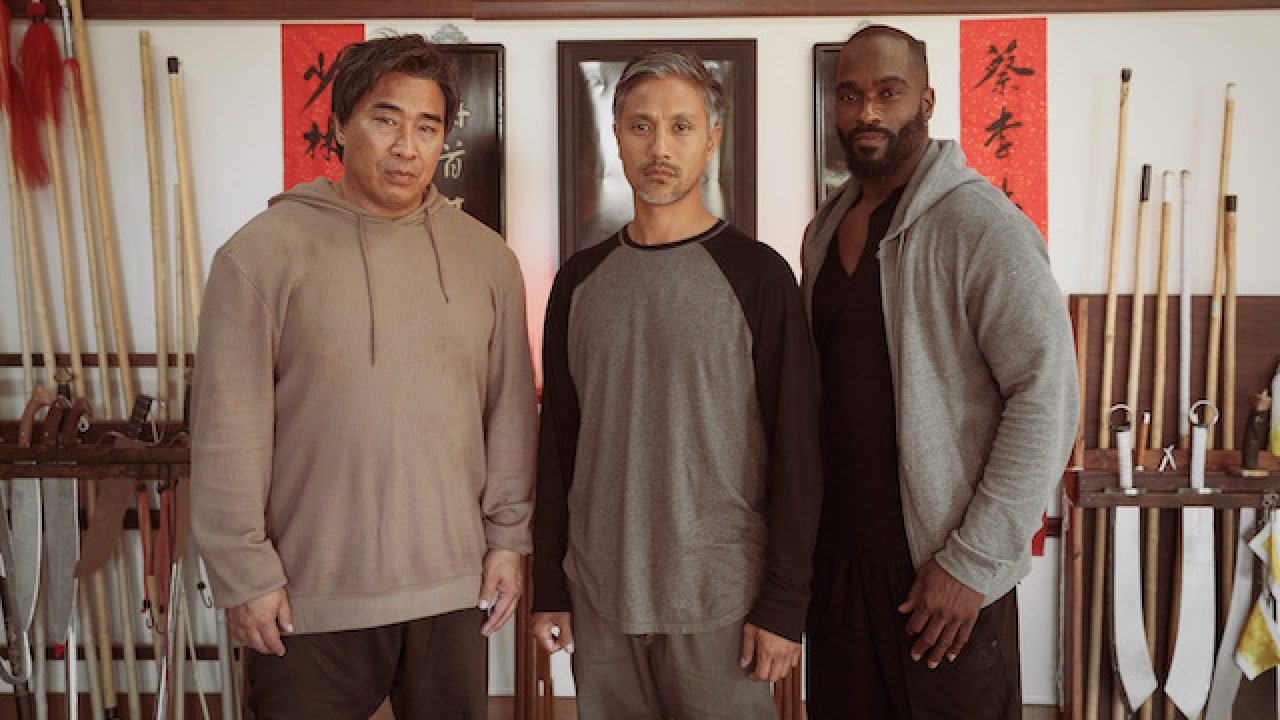 But enough about that, let’s break it down. First the cast: the 3 tigers, Danny (Alain Uy), Hing (Ron Yuan), and Jim (Mykel Shannon Jenkins), are absolutely wonderful together, with such great chemistry. I loved every scene showcasing all 3 men, but particularly Yuan, who I feel is the heart of the movie. After making a name for himself throughout the years with bit parts in action movies such as Ring of Fire II: Blood & Steel, Drive, and Blood and Bone, just to name a few, it was nice to see him get a big role in a movie that really showcases how good of an actor he truly is.

Credit must fully go to writer/director Tran, whose witty script and excellent direction made such a terrific gathering of performers possible. And I’m not just talking about the acting. Oh no, I am not.

Now, being that the film is about martial artists, you’re obviously expecting to see some martial arts wizardry, and baby, do you see it. We really get some superb fight choreography, all perfectly shot and edited. There’s not a whole lot of it, which is no big deal, because the story is great enough to hold your attention, but when it does comes, it certainly packs a punch. Immense kudos to the stunt coordinator Sam Looc, and action director Quitugua and their entire team for giving us some of the best fight sequences of the year. 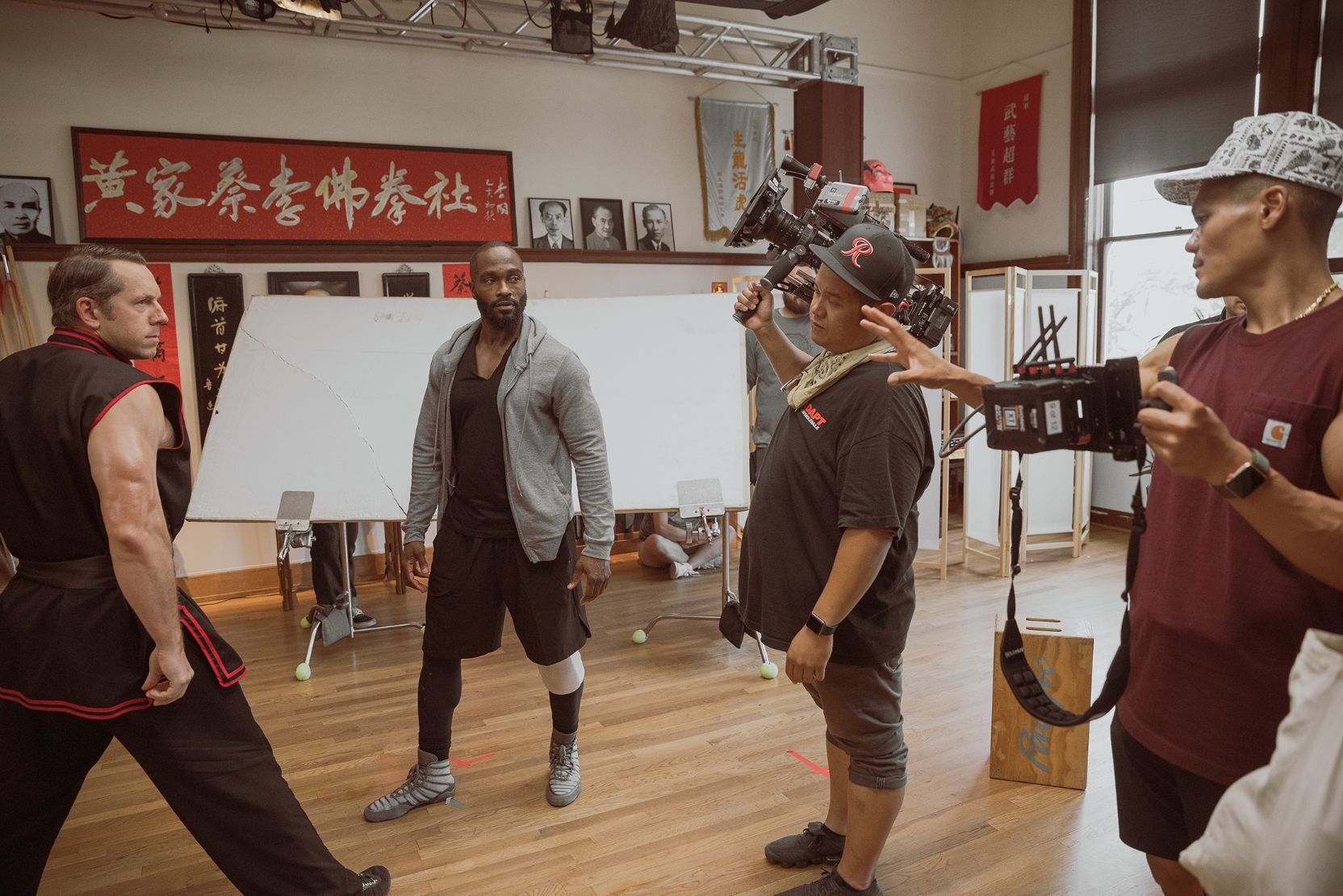 Are there any drawbacks? Just one: the inclusion of Matthew “Master Ken” Page. Look, I love me some Master Ken. His videos have brought me insane amounts of joy. But he really feels out of place at times, like he’s acting in a different movie than everybody else. Also, his character causes the tigers unnecessary grief just to be petty, which made him very unlikable to me. Master Ken was a real prick in this.

But other than that, this movie brought me tremendous joy as I watched it, and I highly recommend it. Now if you’ll excuse me, I’m going to check if I can still do a roundhouse kick myself. Just let me make sure 911 is ready to be called first. Wish me luck.