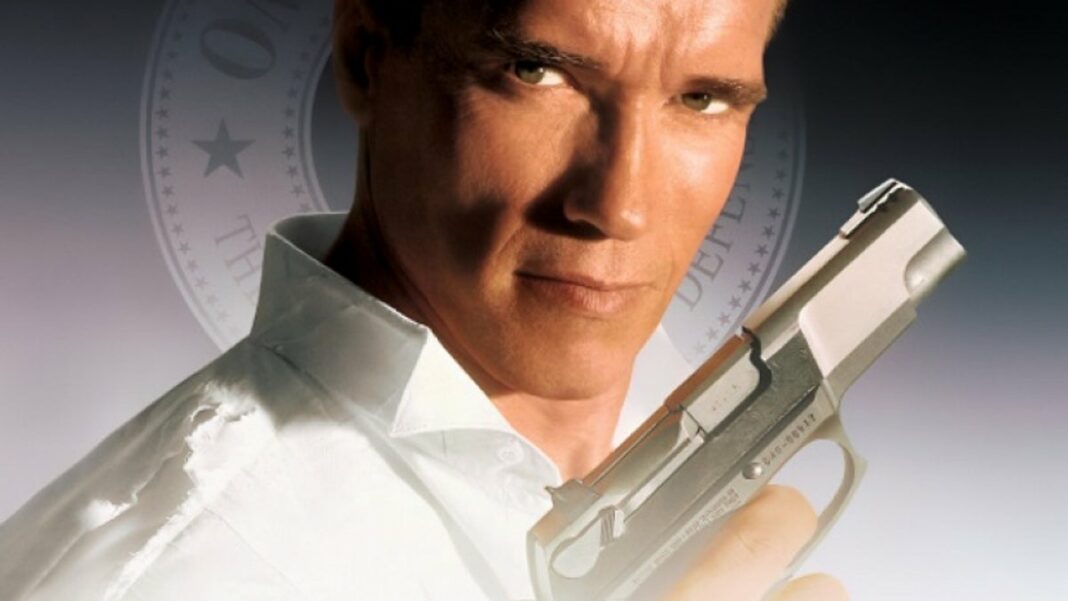 There’s nothing more wholesome and enjoyable than peak Arnold in True Lies (1994). 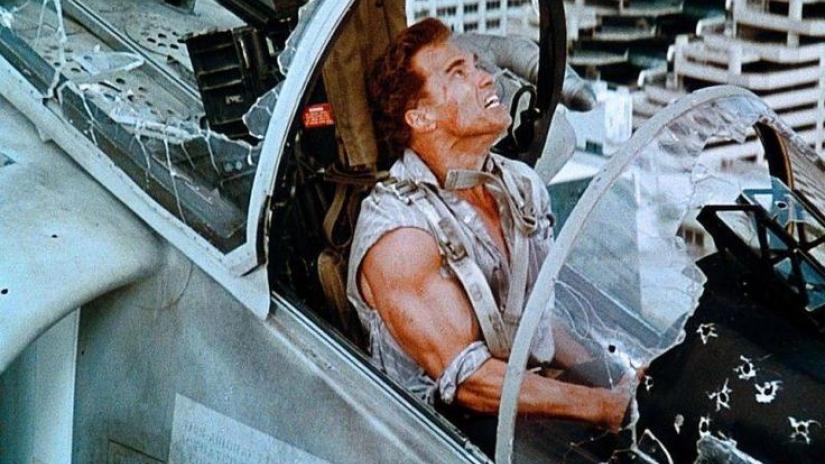 After Terminator 2: Judgment Day and before Titanic James Cameron did a little movie called True Lies, I’m sure you’ve heard of it.

Touted as the action classic of the decade Arnold Schwarzenegger’s riff on James Bond deserves a revisit as both an Ultimate Action Movie and also a high watermark for Schwarzenegger performances.

For anyone unfamiliar with the plot of this legend: Arnold Schwarzenegger plays Harry Tasker, computer salesman to his wife but actually a secret agent. His wife thinks he attends international conferences when really he’s gallivanting around the world stopping terrorist threats.

When Harry discovers his wife’s potential affair he involves her in a ‘fake mission’ to spice up their love life. Jamie Lee Curtis plays Helen Tasker, Harry’s wife, to dexterous aplomb when she goes from bored housewife to scared witness to sexy femme fatale to true secret agent when she gets dragged into a very real operation.

The movie truly revolves around Arnold and his wife. All the trappings of the spy movie are there: the glamorous tuxedo events, crazy gadgets, karate chops. Even Arnold’s one-liners harken back to the earliest days of Bond and his more tongue-in-cheek predecessors.

An exercise in editing, the tension of the fight scenes occasionally pauses for physical comedy (a man on a toilet during a toilet fight) making it a staple of the goofy action genre. 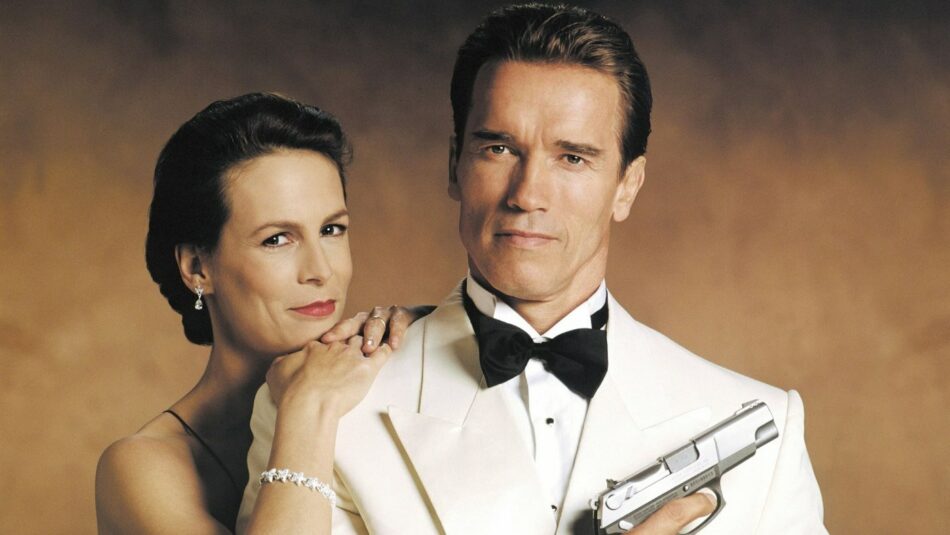 This movie veers wildly from self-serious in it’s intimate portrayals of Harry and Helen’s relationship to winking comedy during the chase and fight scenes.

This movie’s most memorable sequences come in its action. Who will ever forget Arnold riding a horse through a shopping mall chasing a man on a motorcycle or the subsequent elevator race? Shot in the slow pans, dolly shots, and speedy edits Cameron is famous for we’re granted an impressive cut together of action scenes that amplify the tension.

Of course it requires suspension of disbelief to watch. No one’s going to accurately believe a falling machine can accidentally kill several henchmen and no one else. True Lies isn’t a movie based on the laws of physics so much as the laws of entertainment.

Jamie Lee Curtis plays Arnold’s foil near perfectly. She never misses a beat as the antsy housewife fretting over something mundane. It makes her transition into spy all the more remarkable (with a stop to do a strip tease along the way). Still Arnold and Curtis sell that relationship well and all the better: they’re the beating heart of the movie. 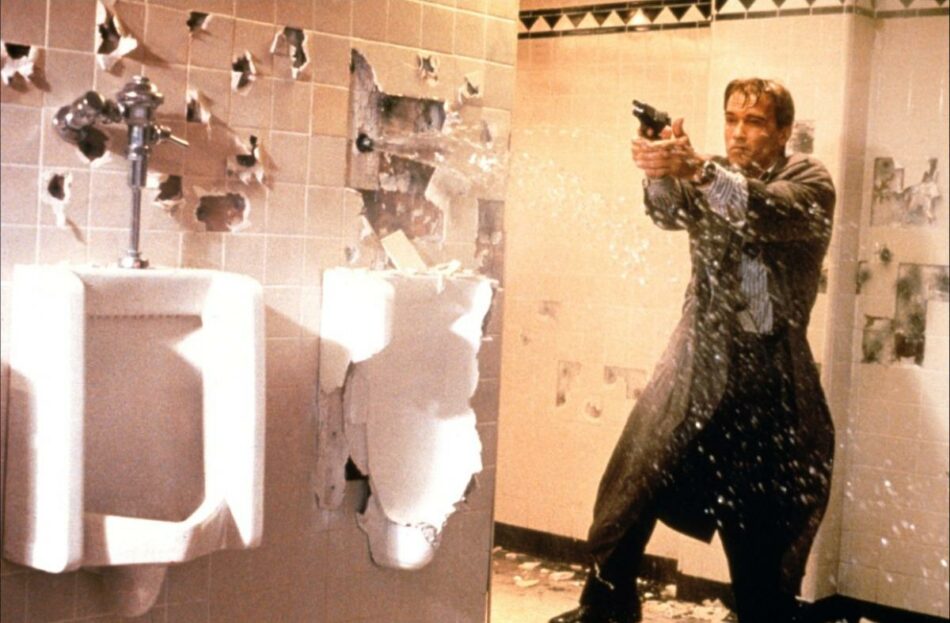 I enjoyed catching up on the now-infamous action sequences. I found it dragged in a few moments where it made jokes at the expense of the relationship but it’s True Lies! It’s not True Romance!

Come for the fun, say for the fun. Arnold’s at his quippiest and most stripped down self for this movie even as he bangs heads like coconuts. True Lies, what a ride!

Watch Arnold Schwarzenegger in ‘No Country for Old Men’