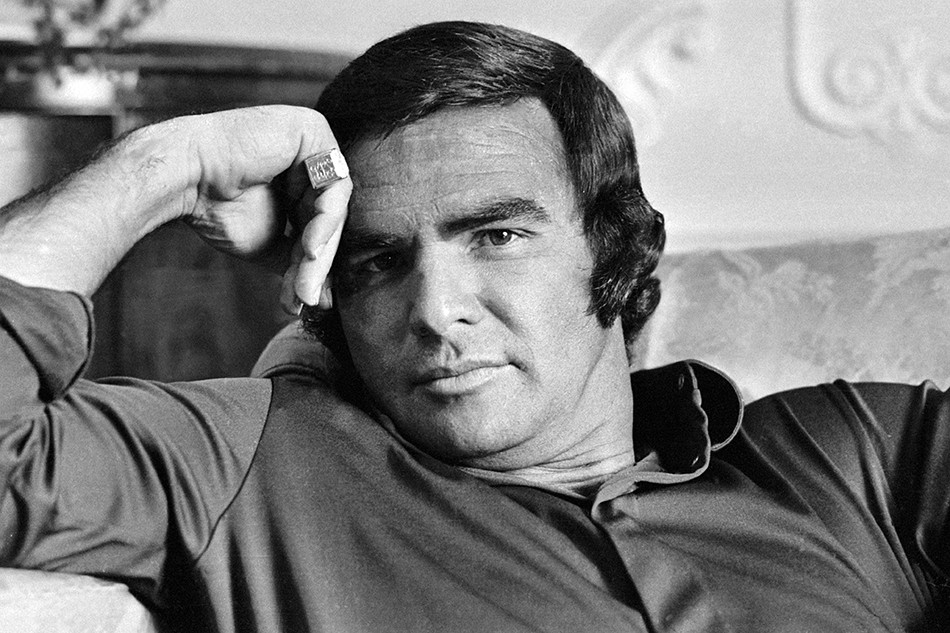 Burt Reynolds and his surprising amount of contributions to the ultimate action genre. 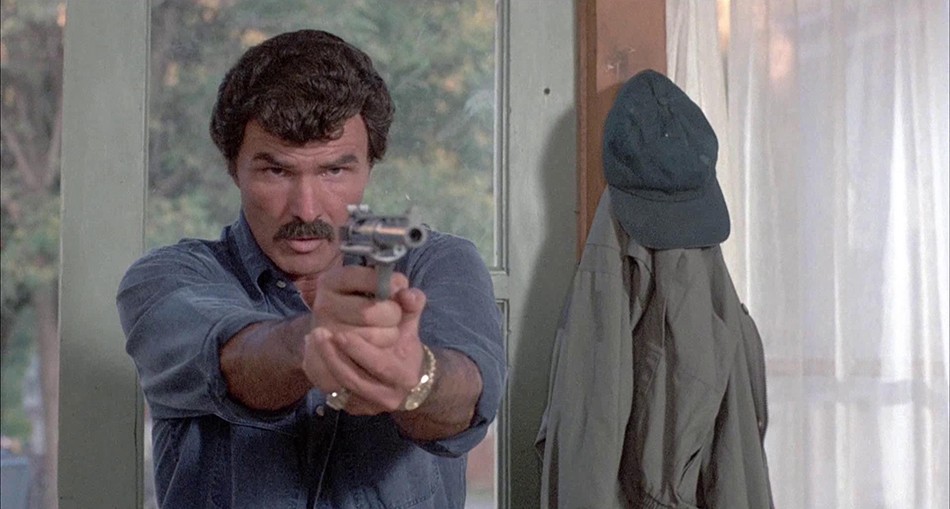 I grew up in the 80’s, in the middle of the VHS boom. As a result, I saw many films out of order, since they were no longer at the cinema. When I was about six, everyone talked about this film that had just come out on tape called Smokey and the Bandit. Curious as to what it actually was, my brother and I hired the movie and chucked it on.

We were introduced to the crazy, daredevil antics of Bandit, and I got to see Burt Reynolds for the first time. I loved him, and was pretty sure that although he was playing the part, that he actually was like that in real life. 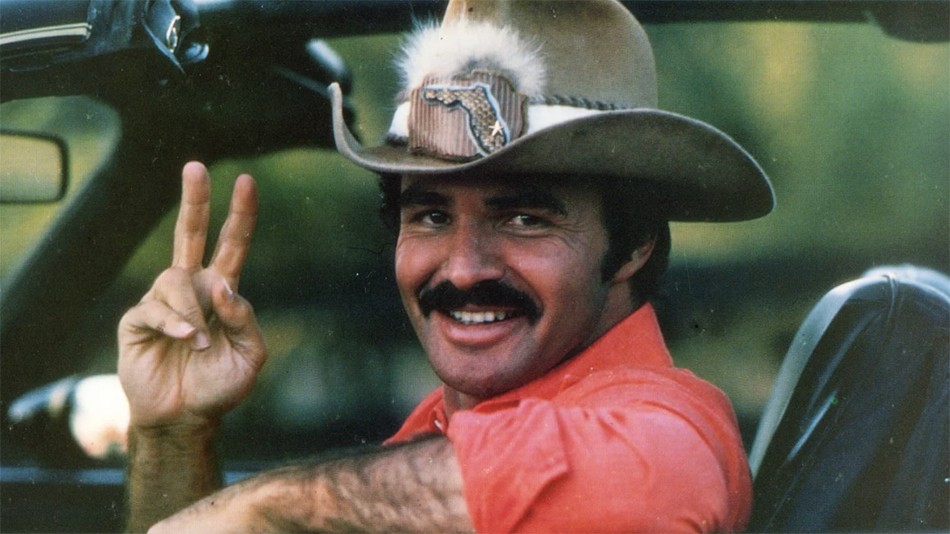 As I said, this was my first Burt movie, and I was not aware of his earlier work in Deliverance or Hustle, or his comedic performances in The Longest Yard or Cannonball Run.

Immediately after viewing the first Bandit, I tracked down the second, and enjoyed it just as much. Reynolds was my new favourite hero, joining the ranks of fellow tough guys Eastwood, Norris and Bronson. There was something about these men that made them compelling. I couldn’t take my eyes off them. Was it their weathered, hard faces, or their take-no-crap attitudes? I didn’t know back then, but I knew Burt fit in with them immediately.

After his Bandit films, I would search for his face on VHS covers and movie posters. Cannonball Run was next, and I was not disappointed. A less focused, more free-range comedy movie than his Bandit films, Cannonball still delivered the laughs, and Reynolds and buddy Dom DeLuise were a hilarious double-act. Not long after seeing the film, the sequel came out in cinemas. I begged my Dad to take me to it. He was more than happy to go, since he too dug the Burt. 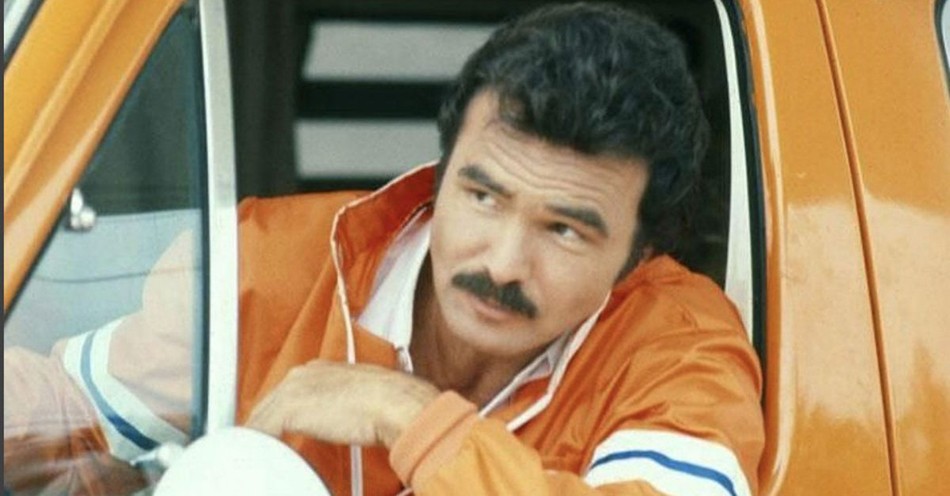 I was too young to know what the word “disappointed’ meant when I saw Cannonball Run II, but I remember not liking it as much straight away, but I can remember being impressed that Jackie Chan was in it since I had already seen him in a couple of his Hong Kong efforts.

By 1985, I had rewatched Bandit 1 and 2 more times than I could count. In fact, I’d seen them so many times that I could recite the dialog verbatim. My brother would always be grumpy with me because that’s all I would watch.

The time had come for change. I still wanted to see more Burt, but I wanted to see what else he could do. Enter Sharky’s Machine.

Burt Reynolds in the 80s

In the 80’s, Clint Eastwood was the worldwide box-office champ. Everything he touched, well almost, turned to gold. He carved himself a rather big, legendary name by appearing in a series of brutal cop thrillers playing San Francisco Detective Harry Callahan. The role made him a legend, and many of Eastwood’s contemporaries tried to jump on the bandwagon by releasing their own police-procedurals. Bronson gave us the brutally efficient 10 to Midnight, which went on to become a cult hit in its own right, and even The Duke made a couple of cop movies that copied the Harry mould. But it was Burt’s take on the material that delivered a sordid, seedy and brutal equal to pal Eastwood’s Harry.

Sharky’s Machine was a complete role reversal for Burt. Instead of being a cocky clown with a fast car and heaps of hot chicks, he was a down-on-his-luck vice cop who couldn’t catch a break. Alone, lonely and tired of the job, Sharky is a broken man. A flawed-man. Less pure but just as driven as Callahan, Sharky is one of Burt’s best roles, and it’s the best film he directed. Gritty, dark, bloody and scored with a loud jazz soundtrack, Sharky’s Machine is packed with gunfights and brilliant turns by such character actors as Brian Keith, Richard Libertini and Bernie Casey as Burt’s “machine”.

The iconic Henry Silva belts it out of the park as the pic’s main villain. Sharky’s Machine was a good performer during the 1982 Christmas period, raking in almost $40 million. Apparently pal Eastwood even called Burt to congratulate him on his thriller. Even today, the film is still an intense, engrossing and highly entertaining ride. If a movie works, it works, no matter how old it gets, and Sharky’s Machine still has it.

I would watch his lesser efforts like Gator, Shamus and Hooper after Sharky. Although they weren’t great, Burt still made them very watchable, and very entertaining.  About a year later, he was back on track again, starring with Eastwood(!) in the comedy actioner City Heat. The pair played mismatched cops caught up in a gang war. I loved this film – but it seemed I was in the minority.

The film was torn apart by critics when it came out, but if you love Burt and Clint, this is one great movie that captures the friendly rivalry between the two mega-stars perfectly. A light, breezy film that still has the requisite action and laughs, City Heat has gotten better with age, and if you wanna see wise-ass Burt getting on the nerves of tough-guy Clint, this is a dream come true.

Stick and the Mid-80s 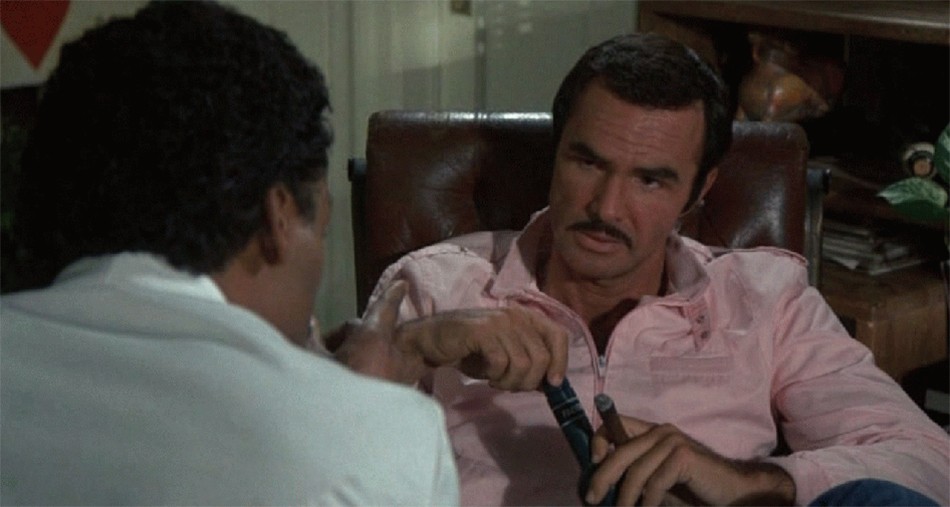 With the moderate success from Sharky under his belt, Burt decided to direct and star in another crime novel adaptation, Elmore Leonard’s Stick. Critics and fans of the book complained that Burt was miscast as the street-wise criminal-turned chauffeur, but as I said, with the benefit of video, and the fact that there was no internet, I could watch movies without the outside reputation folks had given them.

I thoroughly enjoyed Stick and, once again, playing a flawed good guy suited Burt perfectly. Apparently during production Universal Pictures, the studio behind the picture, were dissatisfied with the action quota and asked Burt to add in some action scenes and cut out some characters. The original version has since appeared on-line and many people have praised it as a better version.

Perhaps one day we will finally get to see the movie the way Burt wanted. We can only hope. As it stands, Stick is fun, albeit slight, crime drama, filled with big performances and a great stunt by the late Dar Robinson. One can’t help but wonder that if the film was released today, would it be held in higher regard?

By the mid 80’s, Burt’s star power waned and he appeared in a bunch of films that he did for the money, or because he believed in them, or both. Again, without the interference of the net or newspapers, which I never read, I would view these movies on face value – and I usually liked them. One such film was the neglected and wrongly-maligned Malone. As we did on a Friday, my family would hire some movies. That night we got Malone, Let’s get Harry and Bronson’s Assassination.

After watching all three back-to-back, it was obvious that Malone was the strongest and best of the bunch. And I couldn’t wait to watch it again the next morning.  Burt was a total badass, and the film actually delivered on what the exciting trailer promised – brutal action, cool music and Burt doing his best Rambo impression. It’s still one of my favourite Reynolds movies to this day.

In between the happy accidents like Malone, came films such as Switching Channels, Physical Evidence, the entertaining, but fatally inept Heat. But it wasn’t all down hill for our boy. Anyone who’s read anything about 1987’s Rent-a-Cop will soon see that Burt hated this film, and only did it for the paycheck, and the chance to work with gal pal Liza Minelli. But that’s not to say that the film doesn’t have its own charm.

And the Action Never Ends 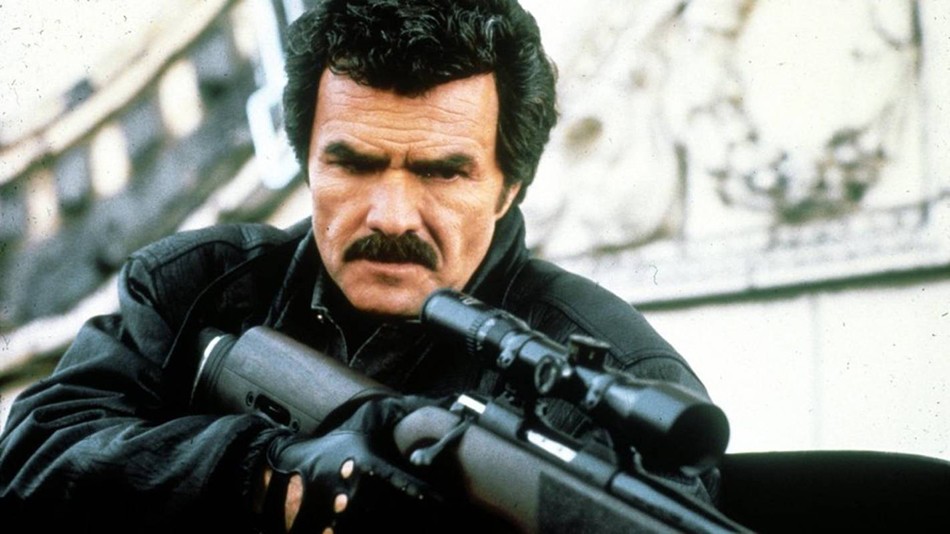 Burt, once again, plays a down-and-out cop who has to team up with a wacky hooker (the perfectly cast Minelli) to find a killer, played by the always reliable James Remar. Rent-a-Cop is by no means the highlight of either star’s resumes, but the pairing of Reynolds with Minelli is quite effective and makes the film seem way better than it actually is, thanks to their chemistry, charisma and genuine affection for each other. The pulse-pounding score by the late, great Jerry Goldsmith is an added bonus, and getting the chance to see Remar play an over-the-top villain is always a pleasure. And the ending of the film is, shall we say, EXPLOSIVE!

Reynolds would take on other interesting roles later in his career (Breaking In, Boogie Nights), but it was childhood favourites like Bandit, Sharky, Stick, Malone and Rent-A-Cop that would stay in my mind. Why? It goes back to his cool charisma. You see, Eastwood and Bronson made being cool look effortless. Burt made it look effortless too, but he also made it look like he had a tonne of fun being that guy as well. We’ve lost a great actor and legend with Burt. As one of my friend’s pointed out, “All the real talent is dying”. He couldn’t be more right. Burt was one of a kind. I’ll miss him. RIP Bandit.