An ultimate review of the most Michael Bay of Michael Bay movies ever… ‘6 Underground’ (2019).

Ever since the end of 90’s action cinema and the advent of franchise mega-films Michael Bay has been at the forefront of the “what makes a good movie” conversation. When he brought us not just one, but SEVEN movies about talking cars turning into robots he’s been decried as a sort of philistine.

An action iconoclast using CGI and dick jokes to appeal to the lowest common denominator. He’s easy to pick on for his insane hypercutting, military fetishism, exploitative camerawork, and love of explosions. People call his style of filmmaking “Bayhem.”

They deride his films with quick (some times deserved) criticism about racial stereotypes, acid-washed films, and uncomfortable female sexualization. 6 Underground, released by Netflix, puts those CGI robots behind him and returns Bay to what makes him great, leaving behind much of what makes him controversial. 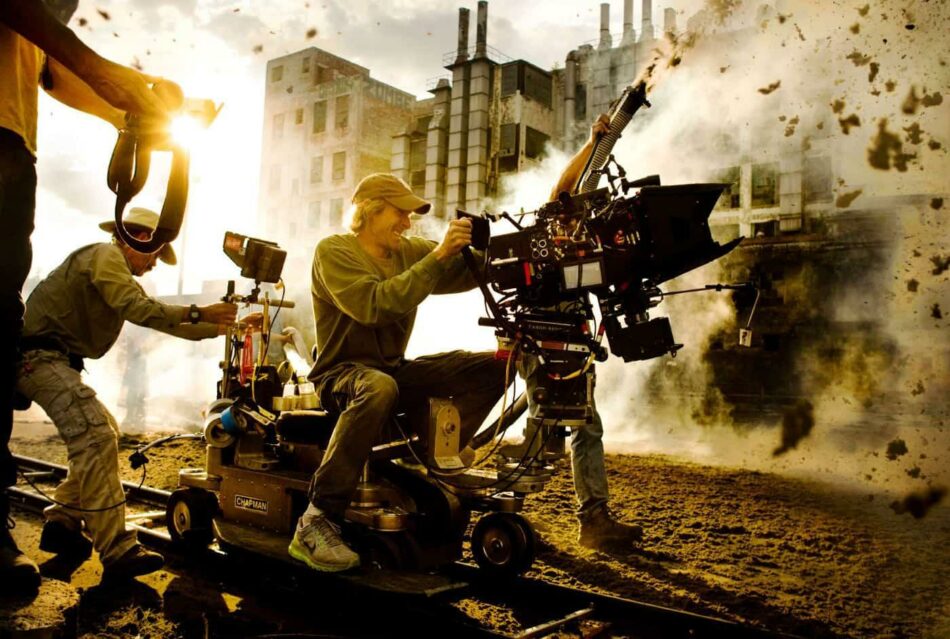 People love to take the easy route and say Bay’s a lazy filmmaker. My favorite retort (tweeted by Mission Impossible director Chris McQuarrie) is: “If it’s so easy, then you do it.” Truth is: what Michael Bay does is NOT easy. It’s expensive, sure, but his whole aesthetic is difficult to replicate. Here then is what Michael Bay does really well:

Michael Bay doesn’t hold back. He never half-asses a scene. If he’s going to shoot a parkour gunfight he’s going to shoot it from seventy different angles, with six different kinds of cameras, at three different speeds. Michael Bay’s heavy motion ramping easily surpasses Zack Snyder in terms of quantity AND quality. He’s notorious for elaborate set pieces. In 6 Underground there’s the opening car chase through Florence, Italy. He cuts practically by the tenth of a second in large action sequences stringing together an almost epileptic edit turned into a chase scene. At its worst it’s coke-fueled adolescent fantasy and at it’s best it’s montage-heavy emotion-laden action.

The things Michael Bay does NOT do well can be seen through the same lens of what he succeeds at. Because he doesn’t hold back his humor isn’t filtered or watered down. The one-liners of action films multiply by both quantity and quality when it comes to Michael Bay and his comedic scenes feel like they’re being screeched at you by a howler monkey. Yes, Bay has portrayed racial stereotypes by imprinting them on his alien robots but it appears that he only wanders into stereotype territory because he would rather yell through a megaphone then whisper into your ear. It’s hyperbole incarnate.

The Outlandish Action of ‘6 Underground’

6 Underground tames some of these reckless impulses that steer Bay into dangerous territory. Ryan Reynolds does a fantastic job filtering the comedic moments of the script into something more palatable. It’s comedic insanity gets a dilution (washed down with Aviation Gin if anyone’s keeping track.) The lack of a script (or story or firm characters) often weighs against Michael Bay but at this point if you’re going to see a Transformers movie then you should know what you’re getting into. Perhaps it’s the pleasant addition of human faces and the subtraction of robot testicles that make the lack of a story more palatable. Yes every scene is just a setup for an action sequence, but we can appreciate the film evicting full logic and embracing the chaotic emotions of Bayhem.

Yes, the edit of the movie feels attuned to the heartbeat of a hummingbird. Yes, the dramatic scenes lean entirely on music that my Netflix subtitles kept calling “sad electronic beats.” I think in the first fifteen minutes we cycled through ten seconds of 8 different songs as if each song change was a new dramatic beat. Yes, the camera styles change so frequently and so intensely that we lose all sense of geography. Still though, this movie delivers on all the things that make Bayhem what it is: an appreciation for big ideas. Like to watch parkour chases? Why not parkour chase through the rooftops of Florence? Have a person grind down a railing on a skateboard then fire a grenade launcher at an SUV.

Bay’s aesthetic could best be described as “what every sixteen year old boy likes.” The straight, male gaze of his camera ogles women in every movie he’s made. His budgets afford Victoria’s Secret models and his scripts go out of their way to contrive strip scenes so that the camera can leer at them from leg to lips. Megan Fox gained a reputation as a teenage pin-up poster when Bay shot her leaning over the dusty yellow hood of Shia Labeouf’s car. His camera angles reduce these women to objects entirely for admiration.

He goes out of his way to feature the same objectified women in positions of power fighting back. While his fetishization demeans the female characters (and cements male gaze in the minds of his core audience demographic) he also gives these female characters their own agency. It’s a kind of passive activation where women can look pretty and kick ass. Put this way: If James Cameron thinks female action stars can’t look sexy Michael Bay strongly disagrees. 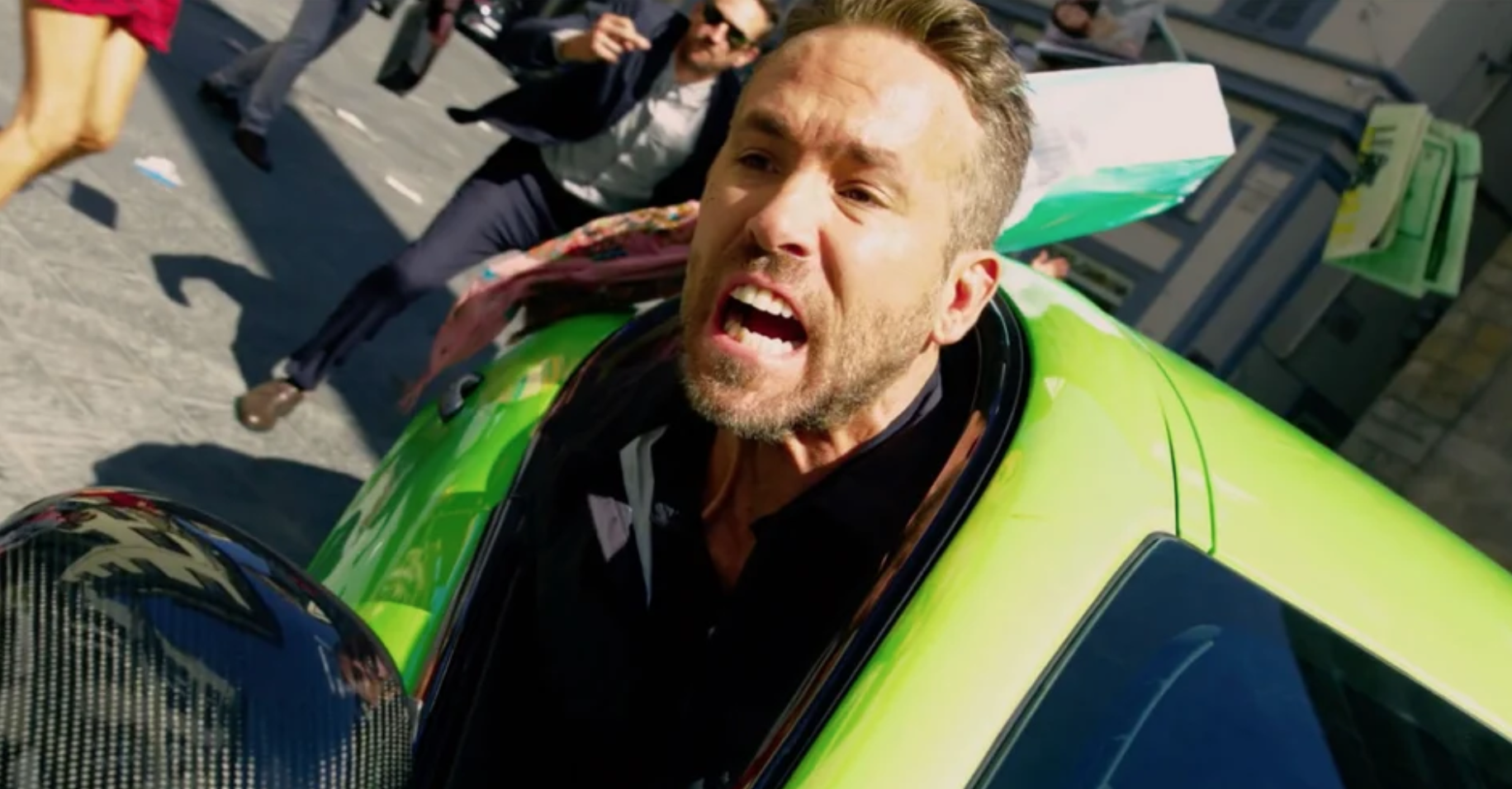 6 Underground was never meant to be taken truly seriously. What it does accomplish is let Michael Bay loose. The R-rating earns him the opportunity to throw bodies around like sandbags. Blood spatters in slow motion against porcelain coffee cups. Despite all that, there’s a strange yearning from the filmmaker. He’s clearly channeling his frustration at the injustices of the world when he makes this movie because his characters want little more than to punish the bad people of this world. He even implicitly recalls the surrender of Saddam Hussein to the Iraqi people following the American invasion, only he frames it as justice.*

Ryan Reynolds keeps a lid on the outlandish aspects of comedy leaving Bay to do what he does best: blow shit up. He’s made something of an international film, appealing to the global lowest common denominator. By assembling this bizarre coalition of actors and having them play rough and tumble with a fictional dictator and stringing together a few dick jokes Bay completes another entry into the Bayhem cinema. Nevermind that it fetishizes women, weapons, and magnets. At the end of all this we take this movie for what it is: an experiment into hypersurrealist action, as well as an indulgence in adolescent fantasy courting less controversy than other entries and carving more room for unadulterated joy. It’s guilty pleasure cinema at it’s finest.

*An important note: Saddam Hussein, while a dictator, was shot, stabbed, and sodomized with a sharpened broomstick so thoroughly his pelvis broke. (I’m recalling off the top of my head.)