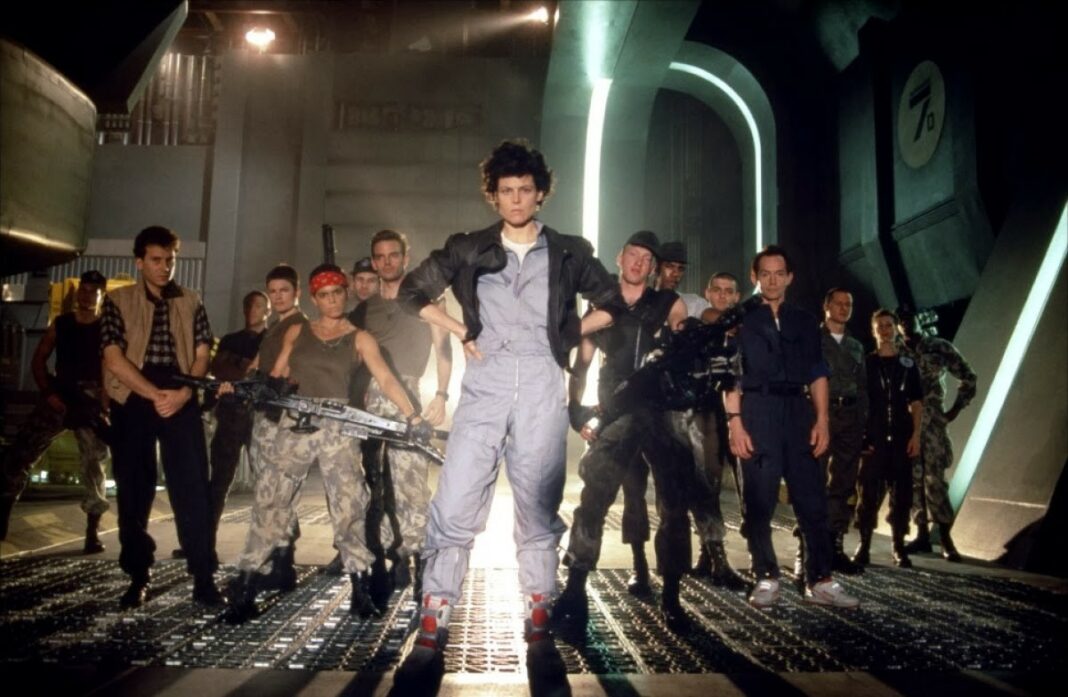 From Vietnam to Exomoon LV-426, how James Cameron combines war and horror into an ultimate action movie! 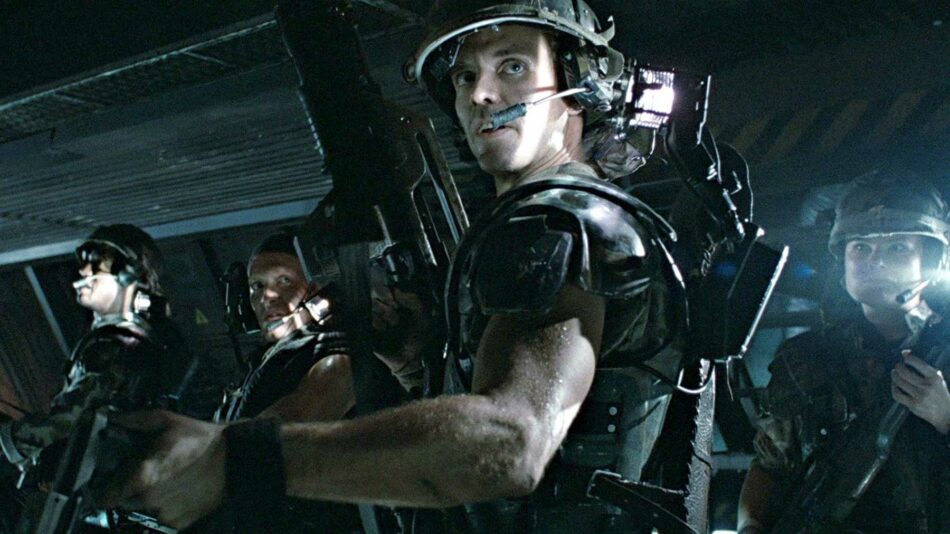 For a franchise which has endured the likes of Alien 3 and Aliens vs. Predator: Requiem, the original two features – Alien (1979) and Aliens (1986) – stand tall as tentpoles of sci-fi action and horror.

While Alien excels in its pure suspense and horror motifs, Aliens is a notable favorite with the Ultimate Action Movie Club for its outstanding contributions to the action genre.

James Cameron, who was just coming off the success of his indie sci-fi action breakout The Terminator, turned Alien into a true box office smash that elevated Sigourney Weaver from a heroic final girl to a bonafide action hero.

However, one of the most timeless (and at times – odd) memories from revisiting Aliens now are those darn Colonial Marines!

A good portion of Aliens’ plot centers around the Colonial Space Marines that are sent to investigate the lost-contact terraforming colony Hadley’s Hope on Exomoon LV-426. The same celestial spot where Ellen Ripley’s Nostromo initially encountered the alien spaceship (and eggs) from the original film.

Ripley is eventually convinced to join the Colonial Marines on their expedition, along with Carter J. Burke (Paul Reiser) and the android Bishop (Lance Henriksen). Ripley is rudely introduced to the world of the hired mercenary space marines whose jovial, in-your-face attitudes seem to have not changed since the 1970s.

Which is a fun element to add to the story. A big part of the original film’s success came from the juxtaposition in tone between when the space crew were enjoying their camaraderie, against when they were isolated and alone fighting their alien stalker. 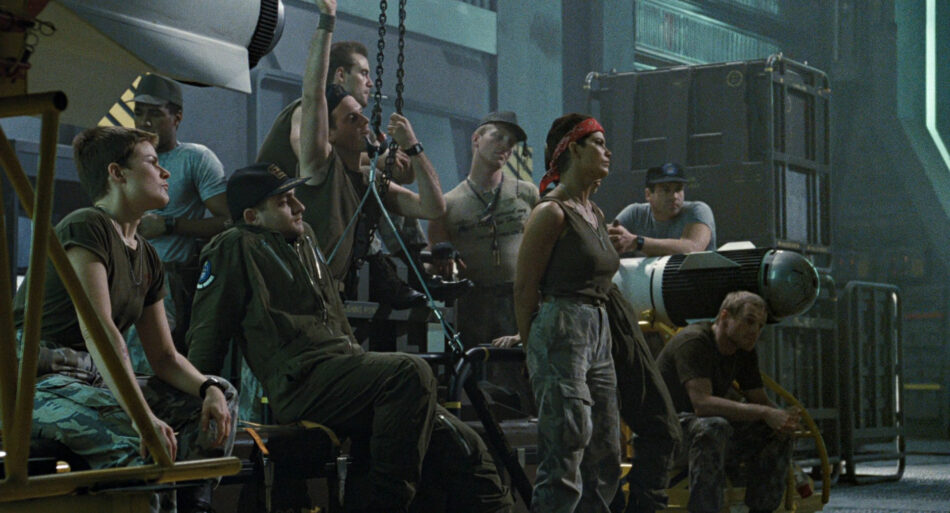 However, Aliens takes things up a notch quite a bit. In James Cameron’s third script (after The Terminator and a first draft of Rambo: First Blood Part II), the young action auteur tries to capture the dialect and ethos of the young and rambunctious Vietnam soldiers who are forever stuck in their destructive youths.

The cast itself is really quite superb for the time with Michael Biehn, Bill Paxton and Jenette Goldstein all being very solid actors, as well as great role for Al Matthews as Sergeant Apone (RIP to a true legend…). The only blemish might be William Hope as commanding officer Lieutenant Gorman, but you’re supposed to hate him anyway so it works perfectly.

Cameron has openly cited that much of his inspiration and research for the Aliens plot and Colonial Marines came from the Vietnam War as well as Robert A Heinlein’s novel Starship Troopers. And once the movie version of the latter came out in 1997, we were able to really see the similarities laid out.

Yet, what Starship Troopers captured was probably more in-line with the novel’s intentions. A certain naivety to the characters was perhaps better brought out in the version by writer Edward Neumeier and director Paul Verhoeven.

At the end of the day, Cameron’s Colonial Marines were always meant to fail. Much like America in the Vietnam war, they were ultimately overly and ill equipped to fight something which they didn’t truly understand. 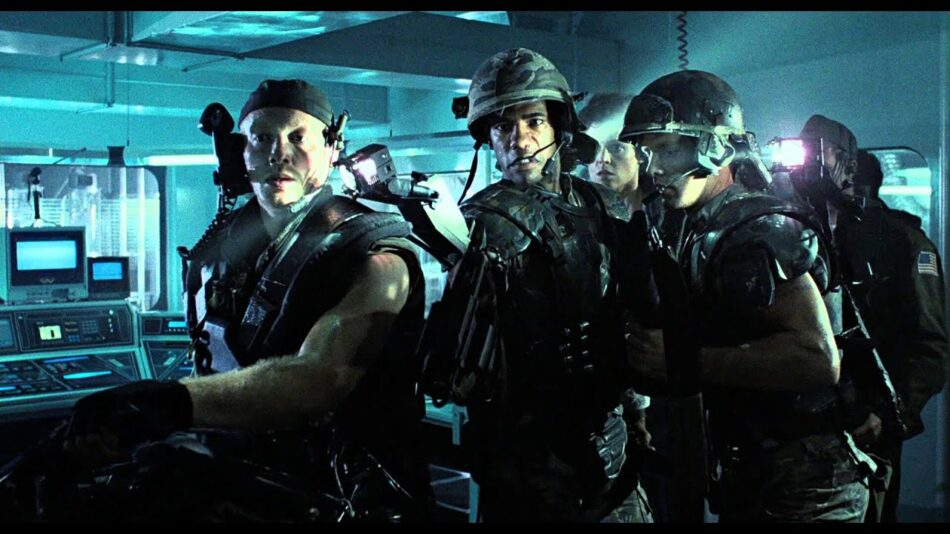 And while Aliens is quite fun and entertaining in the beginning (I mean, we do spend A LOT of time with these marines as they show off all their tech and gear – and a very overdrawn “drop” sequence), the purpose of the story is to find Ripley again one-on-one against the alien monster.

It’s almost a shame, because the Colonial Marines deserved probably more of a fitting finish for the story arcs they presented. It’s as if there are two movies in Aliens, a direct sequel to Alien where Ripley returns to Exomoon LV-426 to get revenge for the murders of her friends and crew. (Along with her journey of dealing with her lost – and regained – chance at motherhood.)

Against another true space Vietnam saga where the Colonial Marines should have gotten their chance to learn from their hubris and bounce back to destroy the aliens on their own. Which in a small way they do, but at the price of all the best characters besides Michael Biehn’s Corporal Dwayne Hicks – who is even knocked out for the final battle and defeat.